By Allan Fox: Errol Spence Jr has little good to say about this Sunday’s exhibition fight between Floyd Mayweather Jr and YouTuber other than viewing it as another example of a “Money grab” for Floyd.

Spence says the former boxing great Mayweather’s fight with Logan is the equivalent of putting on a mask and “robbing” the fans of their money. Some fans see it as Mayweather stealing money from the gullible during the pandemic.

The only thing we don’t know is if the Mayweather-Paul fight is totally scripted like a professional wrestling match or if it’s real.

It’s too bad this is what Mayweather has chosen to do with his life after retiring from boxing, as it arguably hurts the sport, turning it into a circus show.

For the fans that have never watched boxing, they’re likely to be turned off permanently by the poor product, watching old-looking Mayweather fighting slowly against an unskilled YouTuber Logan Paul, who will be huffing & puffing, gasping for breath. Logan’s stamina is so bad that it’s worrisome.

Mayweather with another money-grab

“Floyd’s doing another money grab, s***. It is what it is. Floyd’s going to eat him up, probably stop him,” said Spence to Barbershop Conversations on Mayweather’s fight with Logan Paul.

“Floyd’s just doing what he always do man, putting his ski mask on and robbing y’all.”

The only shot at the Logan has of winning the fight is if the 44-year-old Mayweather has gotten old since his last true fight in 2015 against Andre Berto.

Although has had two fights since then against novice Conor McGregor (0-1) and a much smaller Tenshin Nasukawa, those weren’t against boxers. Those guys were from MMA, and they had no clue what they were doing.

If Sunday’s Mayweather-Paul match is on the level and not a theatrical scripted affair, the only way Mayweather loses is if he gets clipped.

Mayweather’s speed in his youth is now gone, and he’ll be there to be hit if he comes in range of Logan’s big levers.

What we’ll likely see is Mayweather staying on the outside, shooting his jab at the head and midsection of Logan, waiting for him to gas out. With Logan’s terrible stamina, we should see him empty his tank by the second or third round.

Once that happens, Mayweather will move in for the kill and look for the knockout. Logan looked like he needed oxygen after two rounds in his only fight as a boxer against fellow YouTuber KSI in 2019.

After Paul gassed out, and KSI took advantage of the situation to win a six-round split decision. It’s unclear why Mayweather didn’t choose KSI to fight instead of Logan.

On second thought, it’s obvious why Mayweather picked Logan Paul rather than KSI. Logan has 23.1 million subscribers on YouTube compared to KSI’s 12.8 million.

Paul almost twice as many subscribers, and many of them are dedicated enough to him to shell out the $49.99 to watch him fight Mayweather on Sunday on Showtime PPV. That’s what this fight is all about.

The only way Mayweather can bring in a lot of fans now to purchase his fights, apart from fighting a dangerous boxer, is for him to pick popular people like Logan Paul and Conor McGregor to take advantage of their huge fan bases to purchase his events. 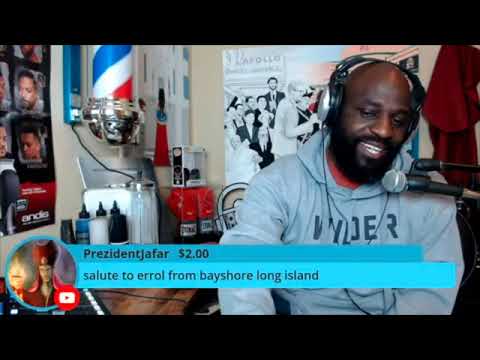 Fury vs. Wilder 3: What can we expect from Fury? »