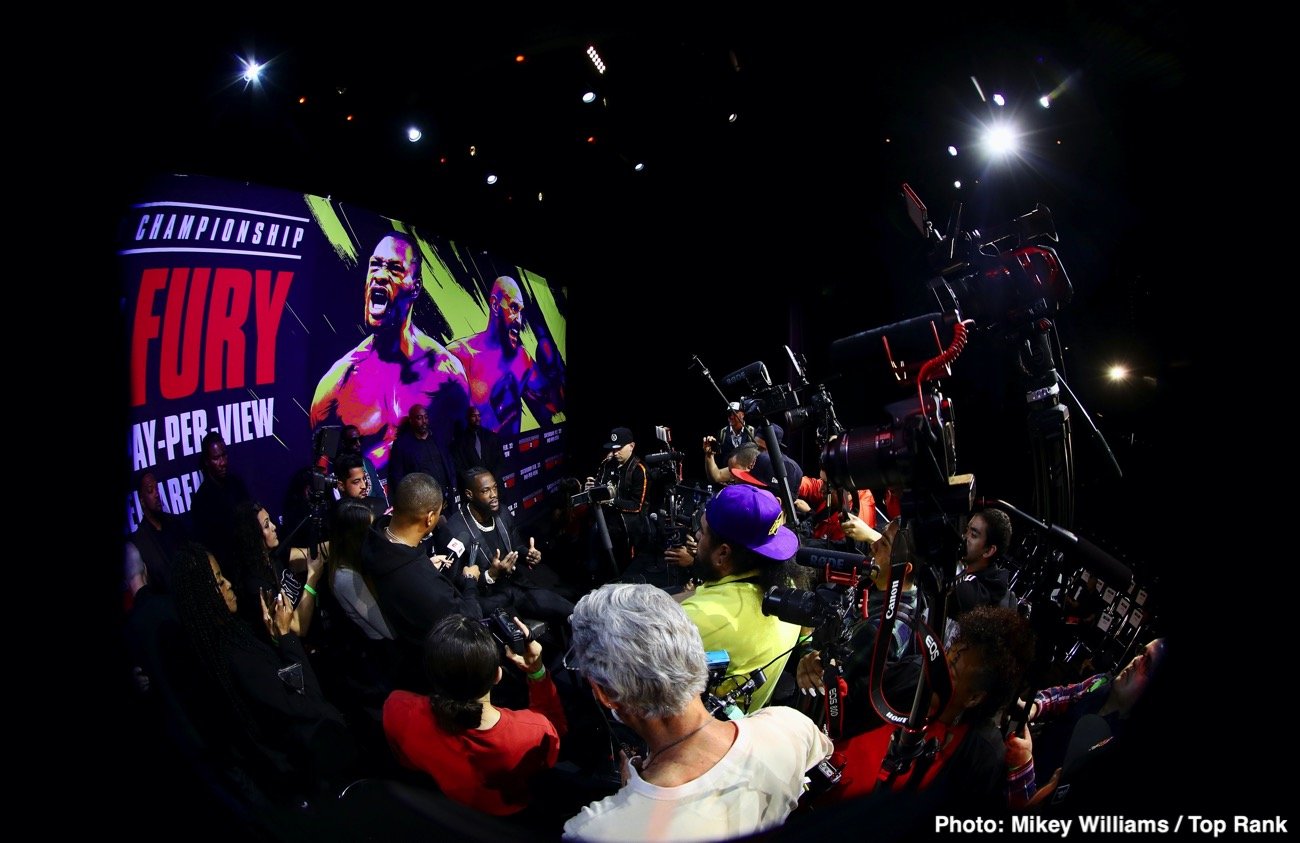 Needless to say, Fury will be hopping mad if Wilder is the one that gets the lucrative fight against Joshua in 2021 instead of him.

If Fury wasn’t so stubborn, he could have easily offered Deontay a step aside and then gone ahead with the Joshua fight.

In the meantime, Joshua still needs to decide who he’s going to fight next, as he lost out on the Fury due to the arbitrator ruling in Deontay’s favor.

“I want them to keep that same energy – they tried to make the Fury fight. He said it ain’t about the man, it’s about the belt,” said Deontay about a fight with Joshua. “We’re going to hold them to that.”

Making a fight against Joshua shouldn’t be a problem as long as Hearn doesn’t start talking about offering Deontay a flat fee and other such nonsense like before when the two attempted to fight together.

As long as Hearn is talking about a 50-50 split, it shouldn’t be hard for him to make the Joshua vs. Wilder fight.  If Joshua wants to try and get his hands on the WBC strap, it’ll cost him.

Charles Brun is just wondering how Fury will take it, seeing Wilder get the fight that he could have had against Joshua.

It’s going to cause Fury a lot of suffering seeing Wilder get the $80 million that he was originally going to get to face AJ on August 14th in Jeddah, Saudi Arabia.

“If your stomach can’t digest what your eyes are about to see, don’t come to this fight,” Wilder continued. “I mean blood, and I’m out for blood.

“There’s gonna be people crying,” said Wilder. I’m not the same person. My mind is very violent. How the hell are you going to beat a full and healthy Deontay Wilder?”

There will be many sad Fury fans on July 24th if Wilder knocks him out cold to snatch his WBC heavyweight strap to reclaim his throne.

Hopefully, there’s a referee that has the sense enough to stop the contest if Fury is lying on the canvas asleep like he was in his first fight with Wilder.

The World Boxing Organization has ordered Joshua to defend against mandatory Oleksandr Usyk next, but there’s a possibility that he may vacate the belt to take a bigger fight Matchroom Boxing promoter Eddie Hearn has several alternative options that he’s for Joshua if he elects not to take the fight with Usyk (18-0, 13 KOs).

AJ and the ‘Gypsy King’ Fury were supposed to fight on August 14th, but the American arbitrator ruled in Wilder’s favor to force the trilogy match. 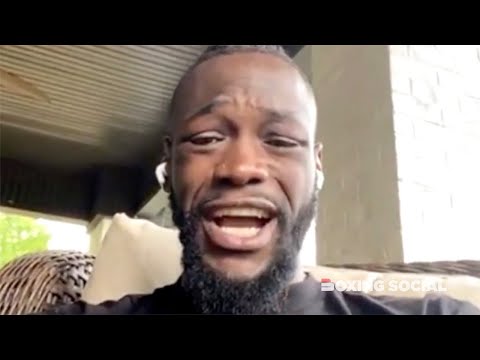 Jermell Charlo still bitter at not getting Canelo Alvarez fight »