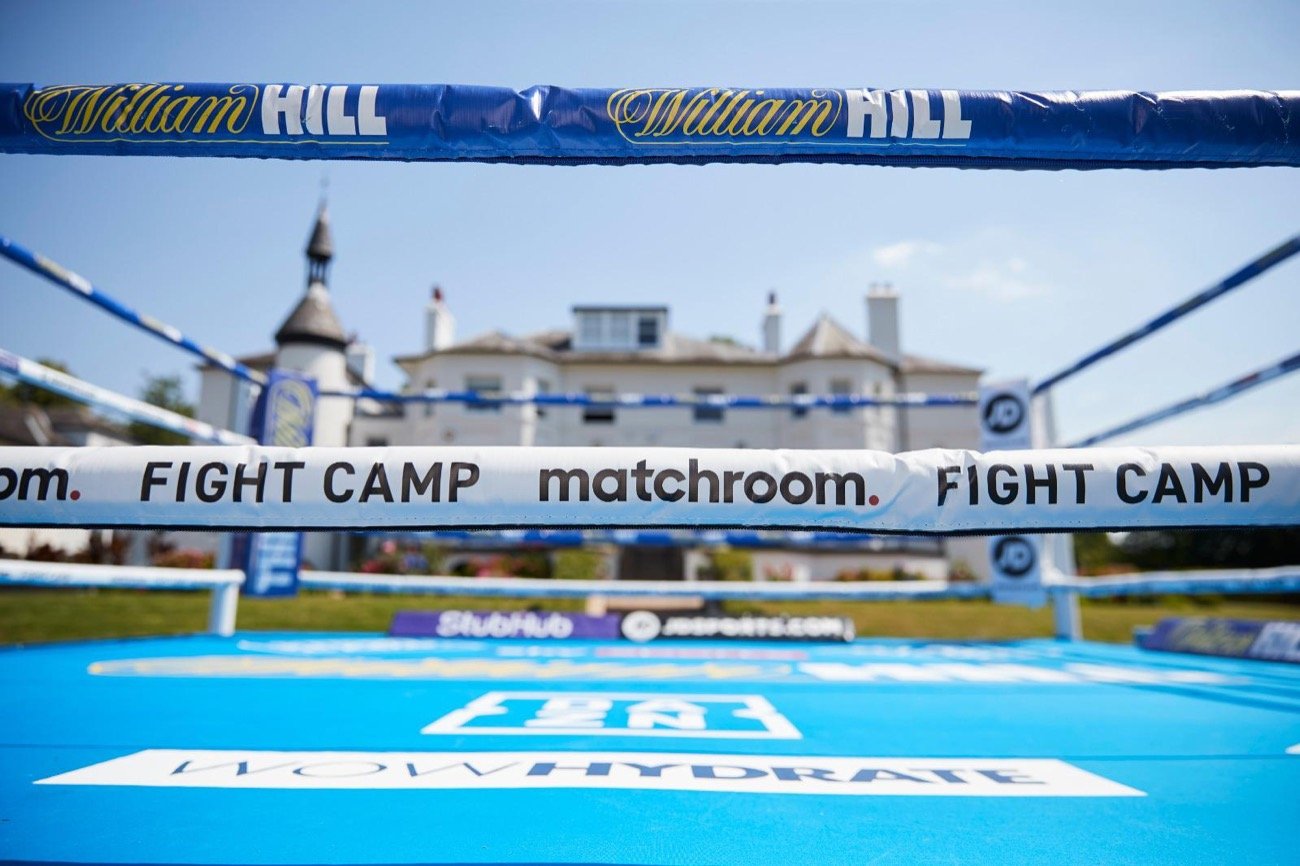 By Darshan Desai: After the pandemic, when Boxing was reallowed in the UK in June 2020, Eddie Hearn of Matchroom Boxing watched the return of rival sports and promoters decided that he needed an innovative, creative and different idea to bring back boxing in the UK and that he couldn’t just go back to normal.

Due to the lack of crowds, most promoters took boxing back to a cheap and empty TV Studio, but Hearn didn’t feel the atmosphere there would be best suited for his fighters and opted to take his fights outdoors.

Hearn decided that his old mansion and current headquarters of his Matchroom Business would be the ideal venue for his series of fights that would be dubbed the ‘Matchroom Fight Camp’ influenced by the UFC’s Historic and ground-breaking ‘Fight Island.’

Fight Camp saw 4 different events with each card consisting of 5 evenly matched fights concluding in a night of PPV action, which saw Katie Taylor cement her position as the Pound For Pound #1 Female Fighter in the world and Alexander Povetkin shock the world by upsetting PPV Star Dillian Whyte in a Knockout of the Year Candidate.

Fight Camp was a huge success as it had everything: from the fight of the year contenders to upsets to the creation of new stars of the sport and fan favorites, and most of all, it left fight fans with a feeling that they had witnessed something revolutionary and historical and a memory that would be life-lasting.

It was so sensational and popular that fans demanded a return of Fight Camp in 2021, and Eddie Hearn has clarified that he will deliver just this. Fight Camp will return in the Summer of 2021, and fight fans are already looking forward to it. In this article, I will go off the assumption that there will be four events in Fight Camp and pick the four headliners that I would like to see. 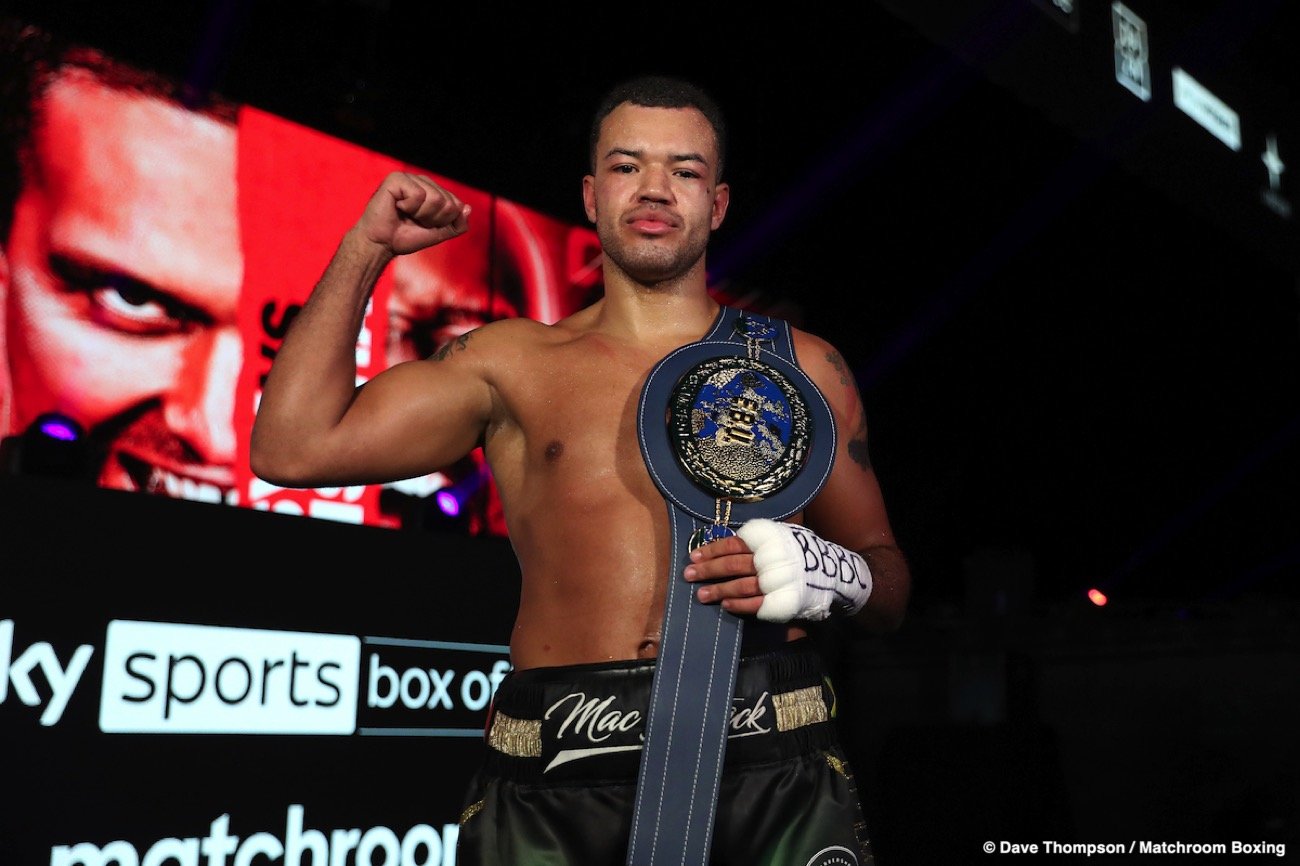 Commonwealth Cruiserweight Champion Chris Billam-Smith has been eyeing the Lonsdale belt ever since it was vacated by Richard Riakporhe and requested the BBBofC to box Deion Jumah for it in 2020. The Fight was ordered but unfortunately postponed on 3 separate occasions and now looks canceled altogether due to a serious eye injury sustained by Jumah.

Promoter Eddie Hearn has claimed that if Jumah is unavailable, he would like to do Smith vs. European Champion Tommy McCarthy for the British, Commonwealth, and European titles in a major domestic clash. This would be a thrilling way to start camp as a 50/50 all-British title fight is guaranteed to entertain, with the winner eyeing world title fights down the line in 2022.

Billam-Smith boxed tough European Vasil Ducar on the Okolie Glowacki Undercard over 10 rounds winning but looking far from impressive. McCarthy Returns on May 15 on the Harper/Choi Undercard defending his European title against Alexander Jur. Both of these fighters sometimes look novice and easy to hit, and the vulnerability could make this very interesting.

On Week 2, Ted Cheeseman, who narrowly outpointed Sam Eggington in the Fight camp opener 2020, defends his British title against Liverpool’s Anthony Fowler. A heated, domestic clash has been brewing for some time and would be a perfect fit for the mantra of fight camp ‘no easy fights.’ Instead of an easy defense or fighting for an international title, Cheeseman puts it all on the line.

Fowler has had a string of good wins since losing his unbeaten record to Scott Fitzgerald in Liverpool in March 2019 and desires a big grudge rematch with Fitz, but with him having his own personal issues outside the ring and scheduled to return on May 1, Fowler Fitzgerald 2 may have to wait till later in the year.

Instead, Fowler faces another British rival eyeing a Fitzgerlad rematch. Fitzgerlad also beat Cheeseman in 2019. After a big win at fight camp Cheeseman claimed the British title on the Povetkin Whyte 2 Undercard in Gibraltar and now looks to go into world level but is not dismissing big domestic fights instead with the likes of Fowler and Fitzgerald.

Claressa Shields has conquered every available contender in female boxing at three different weights, with the exception of Hartleypool’s undefeated WBO Middleweight Champion Savannah Marshall. Marshall remains the only fighter to have ever beaten Shields, amateur or pro, and therefore this fight has special importance to Shields and would do wonders for female boxing.

Eddie Hearn has already made an offer for a two-fight deal to Shields to box Marshall once in the UK and once in the USA with the first fight giving Shields a purse of 250,000, which she has marked as unacceptable. Katie Taylor is reported to have earned 3x that for her fight with Delphine Persoon.

Claressa Shields wants to do that fight as a fight deal as a co-main event to Anthony Joshua and Tyson Fury’s two fights. This is highly unlikely, though, as this fight wouldn’t be a co-main to that magnitude of a fight and more likely on the undercard. Instead, it would be interesting for them to square off at Fight Camp in the Summer, where they would be part of a historical event and headline on Sky Sports.

For the Fight Camp Finale, I wanted to do a big fight that would be a non-PPV, and on DAZN, Lawrence Okolie recently claimed the WBO Cruiserweight Title in style with his 5th-round knockout of Poland’s Krzysztof Glowacki and called out #1 Cruiserweight Latvian Mairis Briedis straight after.

Briedis won the WBSS last year with a convincing unanimous decision over Yuniel Dorticos and is acknowledged as the number-one cruiserweight in the world, and for Okolie to step to that level in just his 17th professional contest would be a big statement. Briedis has stated his intention of moving to heavyweight but would likely stay at cruiserweight for a big money fight.

Additionally, it would be revolutionary to have a world title unification on Sky Sports and not be a box office event. Recent unifications: Lomachenko Campbell and Taylor Prograis have all been questionable and poor-performing PPVs. If Briedis is not available, Okolie could still unify with WBC Champion Illanga Makabu or WBA Champion Arsen Goulamarian.

Either Way, Fight Camps needs a big fight to finish on, and this would be the perfect end to another sizzling summer of action-packed fights.