WBC Bantamweight World Champion Nordine Oubaali and future Hall of Famer Nonito Donaire shared insight into their training camps and their long-awaited showdown that headlines action live on SHOWTIME this Saturday, May 29 in a Premier Boxing Champions event from Dignity Health Sports Park in Carson, California.

The event is promoted by TGB Promotions. Tickets are on sale now and can be purchased at AXS.com. Dignity Health Sports Park will be open to fans in a limited capacity, with all guests remaining socially distanced and subject to local and state health guidelines throughout the event.

Oubaali and Donaire will finally meet in the ring after they were originally scheduled to square off last year in a SHOWTIME main event. Oubaali will seek a career-best victory over a future Hall of Famer, while Donaire looks to add another triumph to his sterling career resume.

The winner of this fight will have their eye on the winner of the upcoming showdown between former unified champion Guillermo Rigondeaux and WBO Bantamweight Champion John Riel Casimero, who are set to meet on SHOWTIME on August 14 in a Premier Boxing Champions event.

Here is what the main event fighters had to say leading up to Saturday’s showdown:

“This has been a very long training camp. I was supposed to fight Nonito a few times last year, and every time I had a camp leading up to a new date. First May, then December. Now, it’s finally time to fight.

“I had a lot of really good sparring in France and in Los Mochis, Mexico. It’s a nine-hour time difference coming from France, so I wanted to make sure I could get acclimated. I left France on May 1 and I’ve been able to adapt to the time and the conditions that I’ll be fighting in on May 29.”

On facing a future Hall of Famer in Nonito Donaire:

“Nonito Donaire is a big name and he’s been a world champion in a lot of different divisions. He’s strong, but I know what he can do and I know what my strategy is. I think we have similar styles, because we both like to stand and fight.

“He’s a strong fighter with a great technique, but I’m just going to do my best with whatever situations present themselves on fight night. My strength is being able to adapt to any style. I will feel the fight out. For me, boxing is like chess. Every time he makes a move, I have to counter it. I will respond to however Nonito comes forward and make the fight go the way I want it to.”

On being the betting favorite in this fight:

“For me, I don’t worry about who is the favorite or the underdog. I stay focused on the fight. The favorite is whoever has their hand raised at the end. I’m the champion and in my mind, I’m the best fighter in the division. I know why I came here, and that’s to get the job done. I came here to stay champion.”

On how having over a year knowing Donaire was next will help or hurt him on fight night:

“Having all of this time for preparation has been good, but I think the strategy I have will beß the same now as it would have been any other time we fought. It’s not anyone’s fault that the fight got pushed back, it’s just what we’ve all had to deal with the past year. We both have had plenty of time to prepare and I’m just excited that now the time is here.”

On his message to the rest of the bantamweight division:

“When I got back into the gym for this fight, I could feel that the power, the speed, the explosiveness was all there again. I felt like my body had time to heal properly for this training camp. I am very confident going into Saturday night.” 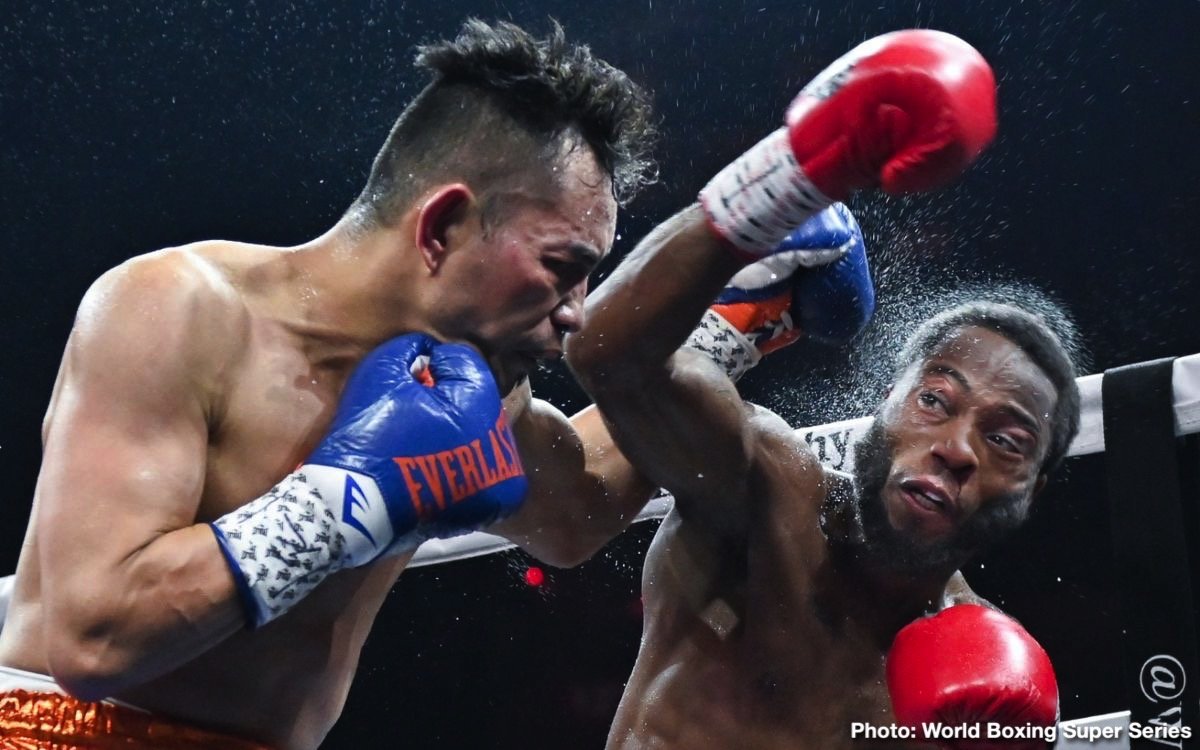 On what he expects from Oubaali:

“He’s very technically sound. You can’t underestimate a guy like him who has that amateur pedigree and who has worn that belt on his waist. We are not underestimating him. He is smart and sound, but I have the experience, the power, the speed and all the motivation to beat him. I will be looking for the knockout like I do every fight.”

On the longest layoff of his career:

“It’s been frustrating at times but it has given me the time to recover and refresh my body. I feel great right now and felt amazing going into training camp. I have been able to get closer to my kids, my wife, and get closer to myself through spirituality. The time has given me a chance to heal and be youthful all over again. The layoff really refreshed my mentality and my body. I feel great. I don’t expect any ring rust on Saturday.”

On increasing his intensity in sparring:

“For the past four or five years, maybe even longer, I have been sparring to just work with guys. The mindset was not about destroying someone. But in this training camp, I have had great sparring where I am going at my pace and no longer holding back. I have been going all out. This has been the biggest key in reclaiming the killer instinct that I had in the past. I was very aware after the Inoue fight that I needed to make a change in sparring. When I would hurt a guy, I would step back. That showed in the ring when I hurt Inoue, I stepped back a little bit instead of going for the kill.”

On the possibility of passing Gerry Penalosa to become the oldest bantamweight champ:

“Gerry is a good friend of mine. It would be so significant to me. I am still competing; I am still performing at a very high level and it proves that age is not a factor when you are healthy. When you keep yourself motivated and healthy, it all counts. I am really proud of where I’m at and what I can still achieve.”

On facing a southpaw:

“The layoff has given me a lot of time to really study and assess fighting southpaws. Of all of my losses, half of them were southpaws. I have learned a lot about southpaws during this layoff and I feel great. I feel like I could beat any southpaw at this moment.”

On being an underdog:

“I have been an underdog a few times. It’s a challenge for me and it motivates me a little bit but do I really care about being an underdog? No, because in my career I just make things happen. It’s not to prove anyone wrong but just to prove that I am still here. All that talk just flows past me and it doesn’t get into my head. The motivation for me is defeating this guy.”