Floyd Mayweather Jr: “I have no strategy for Logan Paul fight”

By Allan Fox: Floyd Mayweather Jr made a good reason for boxing fans not to purchase his June 6th exhibition match against YouTuber Logan ‘Maverick’ Paul on Sunday by saving in an interview that he doesn’t heed any plan for him to win this mismatch.

It’s disturbing that the 44-year-old Mayweather is willing to openly admit that his bout against the popular 27-year-old YouTuber Logan Paul isn’t designed to be competitive.

Logan is a cruiserweight, so he’s got the potential to hurt Mayweather if he lands one of his shots with full force.

With that said, Logan doesn’t possess the kind of power that you’d see from a top 15 cruiserweight, and he doesn’t hit as hard as his younger brother Jake Paul.

Mayweather has nothing to worry about

It’s fair to say that if Logan had the kind of power that Jake possesses, Mayweather would be insisting on using his A-side status to get a handicap to weaken him. 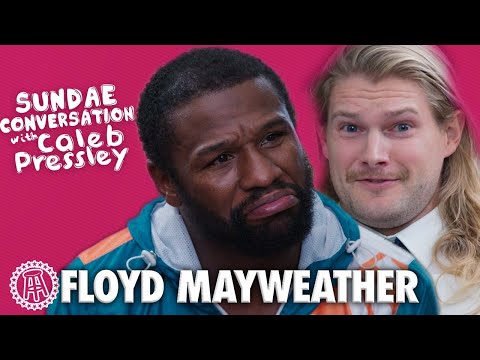 You would think that Mayweather would at least lie a little to give the impression that the fight has the semblance of sporting value. But no, Mayweather is openly admitting that his fight with Paul is one that he can end whenever he wishes.

It’s hard to know what kind of victory Mayweather can get by beating up a guy that talks for a living on Youtube. The only idea is so odd that it’s hard even to contemplate the fight being staged as a live event, much less sold on pay-per-view.

Given that boxing fans are being asked to pay $50 to purchase the Mayweather-Pacquiao exhibition match on Showtime pay-per-view, it’s unlikely that Floyd Jr will destroy Logan in the first round.

If Mayweather does that, he’ll wreck his future exhibition mismatches against YouTubers.

What next for Mayweather?

It’s believed that the recent “gotcha hat” episode involving Jake Paul was designed to set up Mayweather’s next exhibition match. It seemed so transparently obvious what that seemingly staged event was all about.

The only thing that made it look real was the blackeye that Jake came out of it with. But other than that, it was the perfect setup for Mayweather’s next exhibition.

The last four years haven’t been kind to Mayweather in terms of aging. He looks A LOT older than he did in his fight against Conor McGregor in 2017, and it’s not just the hair that makes Floyd look older.

His face has aged considerably, and you got to wonder whether he’s been burning the candles on both ends for him to looks so ancient.

The way Mayweather looks now, it would be wise for him to steer clear of fighting any active fighters because it could