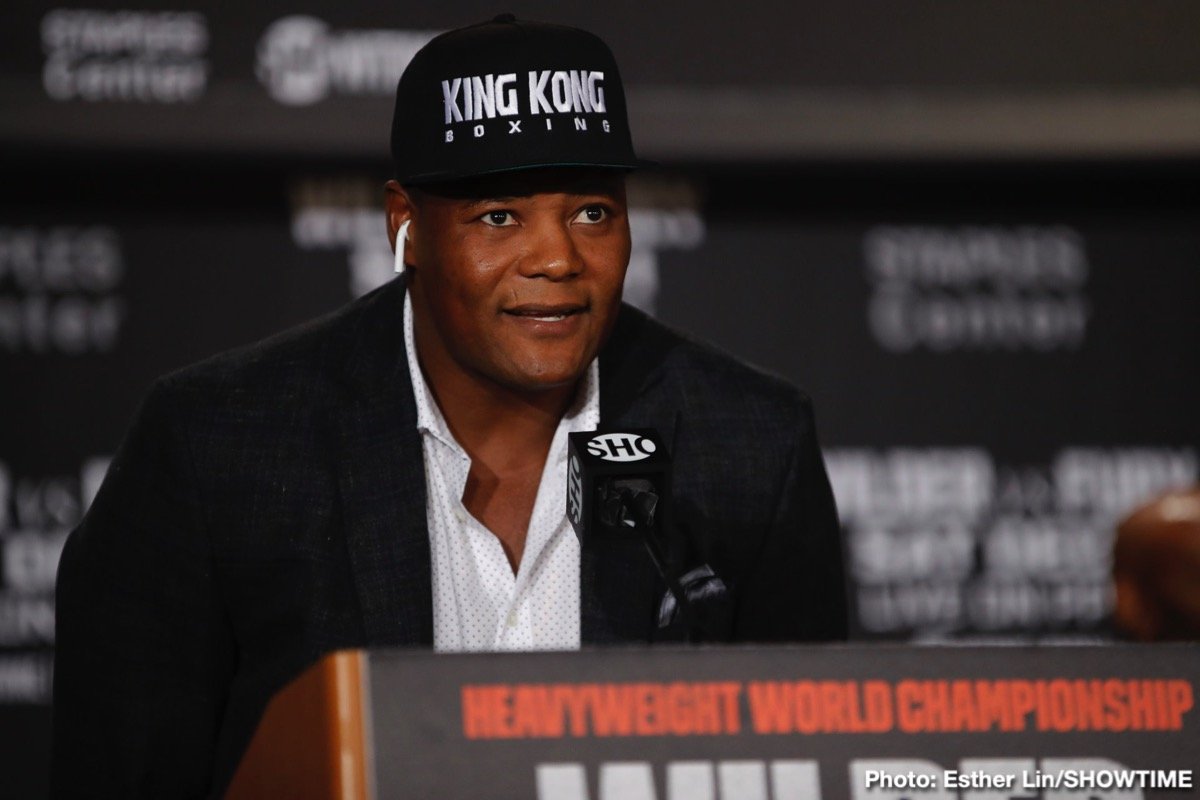 By Jim Maltzman: Luis ‘King Kong’ Ortiz is waiting on the word of whether former IBF/WBA/WBO heavyweight champion Andy Ruiz Jr will fight him next after his victory over Chris ‘The Nightmare’ Arreola on May 1st.

‘King Kong’ Ortiz is not only much older than the 31-year-old Ruiz, but he’s only had one fight in the last two years, his first-round stoppage of Alexander Flores last December.

Ruiz Jr (34-2, 22 KOs) needs a win over a solid heavyweight contender for him to be given a good look for the winner of the Anthony Joshua vs. Tyson Fury fights this year.

The only two names thus far that have been mentioned for Ruiz’s next fight are Deontay Wilder and King Kong Ruiz, but PBC may have someone else in mind as well.

Given how easily Arreola decked Ruiz, it wouldn’t be prudent to let Wilder share the ring with him. One right hand from Wilder might be all she wrote for Ruiz, and that would ruin his dreams for the third payday against Anthony Joshua.

As we saw in Ruiz’s win over Arreola, he still needs to get used to working with his new trainer Eddy Reynoso and dealing with his huge weight loss.

Trimming down from 313 lbs to 256 lbs took a lot out of Ruiz in terms of punching power, and it may have impacted his punch resistance. The right hand that Arreola dropped Ruiz with in the second round wasn’t particularly devastating-looking, yet it put him down.

Ruiz looked like a drunk after getting back to his feet, stumbling into the referee as if he didn’t have his wits about him. Luckily for Ruiz, the 40-year-old Arreola didn’t have the finishing ability that he once had. Otherwise, he might have stopped him.

Ortiz has twice challenged for world titles against former WBC heavyweight champion Deontay Wilder. He gave ‘The Bronze Bomber’ massive problems in both fights, and he could have won the first fight if he hadn’t gassed in the fifth after hurting Wilder.

Ruiz’s trainer Reynoso wants him to get a couple of more fights under his belt before challenging for a world title against Joshua or Tyson Fury.

Reynoso obviously isn’t going to want to throw Ruiz to the wolves immediately by letting him fight the powerful 6’7″ Wilder, particularly with him looking really impressive in the workout clips he’s posted on social media lately.

Ortiz is a great option for Ruiz if he wants to be taken seriously, but PBC will need to make up their minds whether they feel comfortable with this kind of match-up.

Safe options for Ruiz’s next fight: