By Allan Fox: Vasyl Lomachenko will return to action this summer on June 26th in battling Masayoshi Nakatani in a 12 round fight on ESPN in Las Vegas, Nevada. The Lomachenko vs. Nakatani fight was revealed tonight during the Emanuel Navarrete vs. Christopher Diaz broadcast.

Top Rank will be making an official announcement soon for the Lomachenko – Nakatani fight. It’s believed this will be a lightweight title eliminator.

The former three-division world champion Lomachenko (14-2, 10 KOs) will be fighting for the first time since his loss to Teofimo Lopez on October 17th last year. Lomachenko wanted a rematch, but it wasn’t given to him.

He made a mistake of not including a rematch clause in his contract with Teofimo, who took full advantage of it by moving on rather than giving him a chance to avenge his loss.

Although Teofimo’s official excuse for why he’s not giving Lomachenko a rematch is because he sees no reason because he’d beat him again, many boxing fans believe he’s not confident that he can win the second time with him healthy.

Loma fought with a bum right shoulder during the match with the 23-old Teofimo (16-0, 12 KOs), and his performance suffered because of it.

With Teofimo expected to move up in weight in 2022, his three titles will be vacated, which will open up the possibility for Lomachenko to snatch one of them.

Ideally, it would be nice if Teofimo were to stay at 135 long enough to give Lomachenko a rematch, but he’s clearly not going to do that.

Teofimo appeared to be taking a business approach to his career, and he clearly doesn’t want to risk losing to Loma in a second fight.

Lomachenko has since had surgery and presumably is now at 100% and ready to return to the ring.

This isn’t the kind of fight where the two-time Olympic gold medalist Lomachenko can afford to be less than his best because he’s facing a guy that arguably should be fighting competing in the 140-lb division in Nakatani. 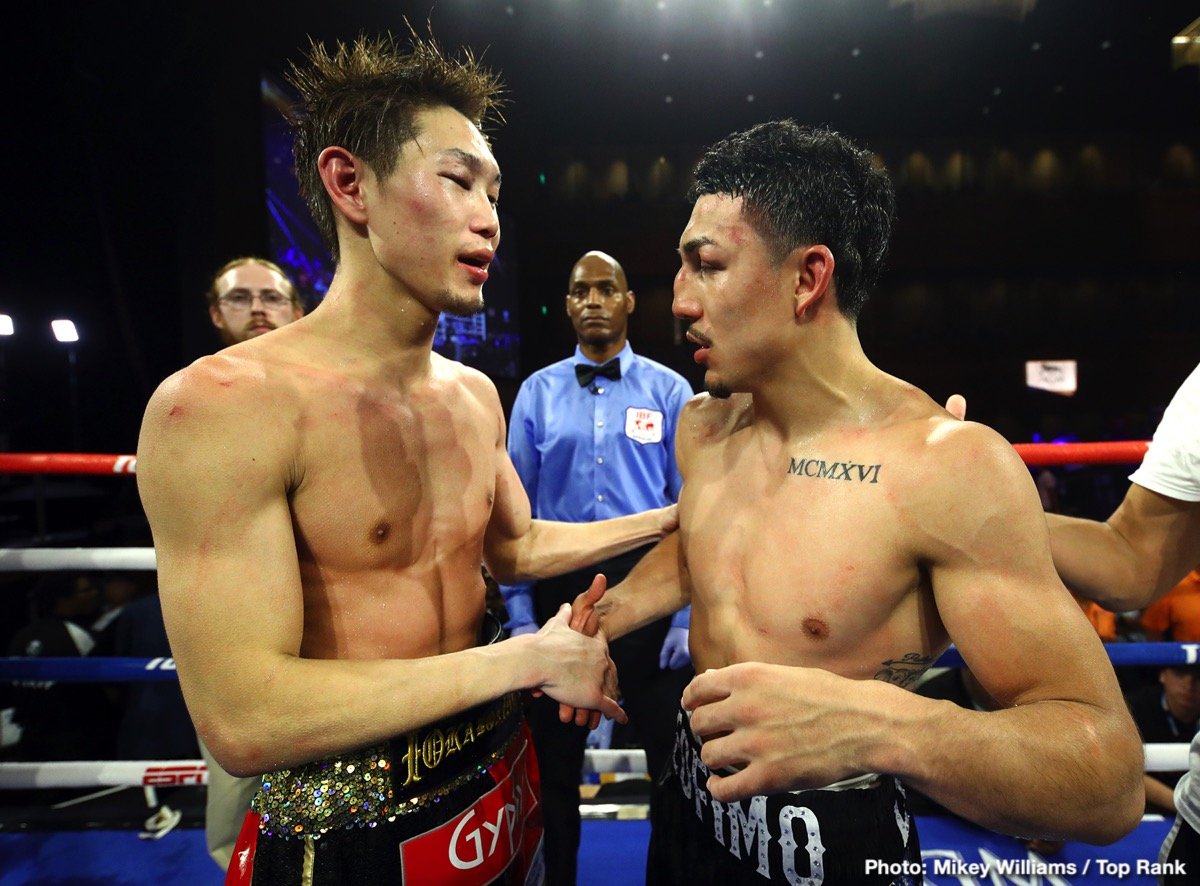 Nakatani gave Teofimo arguably the toughest fight for his career in losing to him by a 12 round unanimous decision in July 2019. The fight didn’t match the lopsided scores handed in by the judges, who gave it to Teofimo by oddly out-of-place scoring.

Many boxing fans hoped that the 33-year-old Lomachenko would move back down to the 130-lb division where his limited size won’t hinder his effectiveness.

Staying at 135 asks for trouble for Lomachenko, as he’s had four tough fights out of the five contests since moving up in weight in 2018.

The only match that Lomachenko had that was an easy one for him at lightweight was his fourth-round stoppage victory over former WBA champion Anthony Crolla in April 2019.

In Lomachenko’s other fights, he’s absorbed a great deal of punishment with wins over these lightweights:

Nakatani, 32, is coming off a big ninth-round knockout victory over former bluechip prospect Felix Verdejo last December in Las Vegas. That fight started badly for Nakatani, getting dropped twice by the hard-hitting Verdejo in rounds one and four. 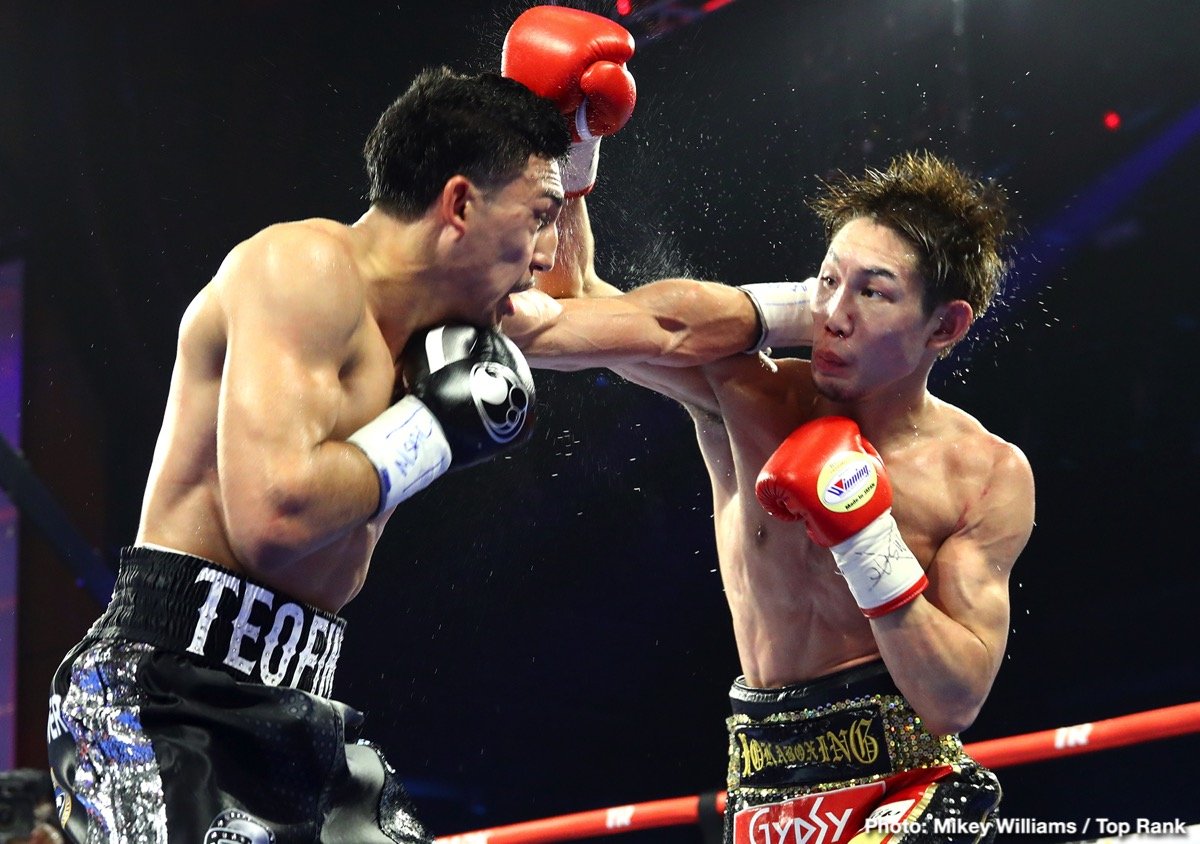 But in the second of the fight, Nakatani imposed his size on Verdejo, pressuring him by walking him down and forcing him to fight harder than he was comfortable with.

In the ninth round, Nakatani dropped Verdejo with a stiff jab that shook him up.

Moments after Verdejo got back to his feet, Nakatani poleaxed the Puerto Rican fighter with a beautiful right hand to the head. At that point, the fight was stopped. Had it continued, Nakatani might have hurt him.