Smith and Vlasov were scheduled for a pre-fight press conference once before, Feb. 11, in Las Vegas. Vlasov tested positive for COVID-19 that day, and their scheduled Feb. 13 fight was temporarily derailed. Vlasov recovered, went home to Russia, and then finished training camp in Las Vegas.

Smith got married, but he delayed his honeymoon to focus on the task at hand. Instead of Las Vegas’s bright lights, they will do battle in the Sooner State in front of a sold-out crowd.

Before fight night, this is what both fighters had to say.

“I was 100 percent ready to go back in February, but it’s OK. I had time to enjoy my wedding day, and now I’m just ready to go once again.”

“I know what I’m going up against. He is a busy and aggressive guy with a lot of experience, but I have prepared well, and I’m going to give 100 percent of myself to come out victorious.”

“Becoming world champion and hearing the words, ‘and new!’ it’s going to be an amazing feeling. This is everything I have been working for since I was 15 years old.”

“I’m sure that you will see no ring rust at all this time. I’ve been preparing well. I’ve been sharpening my skills, and I’m ready to give it my all, 100 percent.”

“I feel the same as a younger boxer who is less experienced because this is a great chance for me. This is a great responsibility, a great risk. I am very excited and motivated for this fight.”

“I have taken preparation seriously, watched many of his fights, and learned some things. I don’t like to talk about his weakest or strongest points or divulge any strategies or plans related to the fight.” 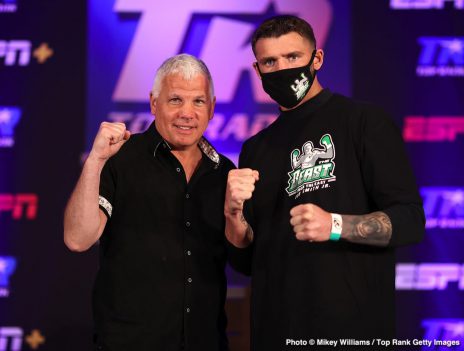 TULSA, OKLAHOMA – APRIL 08: Joe Smith and his promoter Joe DeGuardia pose during their Press Conference for the WBO light heavyweight title at the Osage Casino on April 08, 2021 in Tulsa, Oklahoma. (Photo by Mikey Williams/Top Rank Inc via Getty Images) 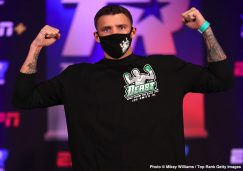 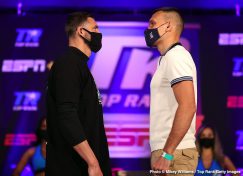 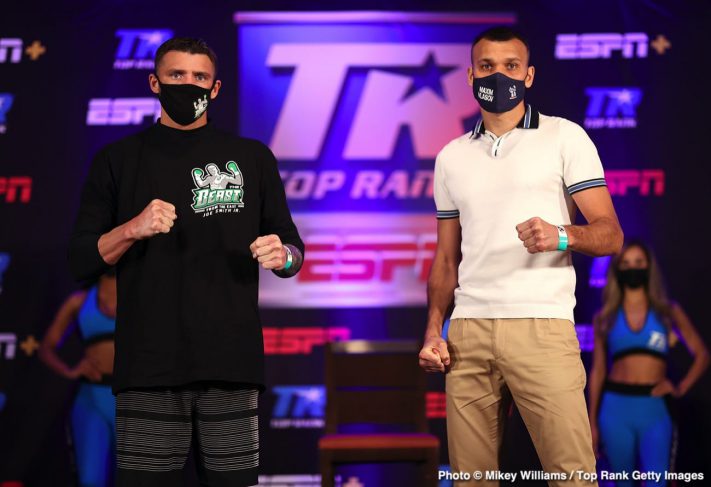