Smith (27-3, 21 KOs), from Long Island, New York, swept the last two rounds on the cards to pull out the victory and joins promotional stablemate Jamel Herring as a Long Island-born world champion. He now sets his sights on the division’s other champions, including WBC/IBF king Artur Beterbiev.

Smith said, “It’s a great feeling. It was definitely a close, tough fight. I give it to Vlasov. Great fighter. He really put on a great show tonight and toughed it out. I believe that round where I hurt him there… I believe he had his head down, and I should’ve got the knockout. I think I would’ve got the stoppage in {the 11th} round, but he pulled it off and made it out on his feet. I believe I got the victory tonight because they saw I landed the harder shots. He landed a lot of punches. It was a great fight.

“I want the other belts. I want the big fights out there. Now I gotta get back in the gym and keep working on my technique and stuff. I believe I’m going to start unifying belts.”

Vlasov disagrees with Smith’s assessment of the fight and believes the world title should be going home to Russia.

“This was a very hard-fought, competitive fight,” Vlasov said. “I thought I was winning rounds and was well ahead. Against the aggressive style of Joe Smith, I came forward the entire fight. I felt confident I was winning and was securing rounds in the bank with the judges. I never felt that I was behind at any stage of the fight. This was my opportunity to show the world I was a world champion, and I did that, and Joe Smith knows I did that.”

Efe Ajagba (15-0, 12 KOs) just crashed the heavyweight contender parade. The 2016 Nigerian Olympian sent Brian Howard into another orbit with a crunching right hand. Howard twisted, fell face first, and the bout was immediately stopped. Ajagba had not fought since last September’s decision win over Jonathan Rice, but he re-established his place among the world’s top young heavyweights. At 26 years old, time is on his side.

NEWS:   Luis Nery & Brandon Figueroa Square Off on May 15th

Ajagba said, “I felt good. I tried to pick the punches, use the jab. This guy is very slick sometimes. I tried to do the job. He was shaky, so when I went back to the corner after the first round, my coach told me to take my time, start with the body, leave the head.

“I trained for this fight, took my time, started with my boxing foundation, and came back strong. This camp was the best one for me, the best camp ever in my boxing career.

“It’s my time to shine, so I’m coming for the heavyweights.”

Heavyweight: Jared Anderson (9-0, 9 KOs) KO 2 Jeremiah Karpency (16-3-1, 6 KOs), :34. Anderson, the 21-year-old prodigy from Toledo, added another speedy knockout to his highlight reel, this time using a body attack to end things early. He knocked down Karpency with a body blow at the end of the first round, then ended things with another right hand to the body early in the second round.

Anderson said, “I knew he was going to find a spot to fall. I respect him for getting in there and showing up today. It’s a man’s sport. I’m just grateful to be here, thankful for the opportunity.

“I {saw} the shot. His hands kept going up. I kept throwing my jab, looking for openings, feinting, moving around the ring, and it just came. It was a good shot, and he didn’t want to get back up.

“Everybody who says they’re the biggest and the baddest, come see ‘Big ‘Baby’ then.

“I want to thank Toledo, my city. A lot of them came out to Oklahoma, and I wanted to put on a show for them. I can’t wait for what is next.

Junior Lightweight: Albert Bell (18-0, 5 KOs) UD 8 Manuel Rey Rojas (20-5, 6 KOs). Scores: 78-74 3x. Toledo’s Bell used his length and reach to keep the shorter Rojas at bay and ultimately cruised to a one-sided decision. Bell, who outlanded Rojas 114-94, is ranked in the top 15 by two of the major sanctioning organizations.

Heavyweight: Trey Lippe Morrison (17-0, 17 KOs) TKO 3 Jason Bergman (2-3, 2 KOs), 1:27. Lippe Morrison, son of the late heavyweight Tommy Morrison, returned from a nearly two-year layoff and stopped veteran Bergman in a crowd-pleasing slugfest. Bergman appeared to knock down Morrison in the first, but the referee missed the knockdown call. In the third, Bergman rolled his ankle and could continue, and Morrison was awarded the TKO victory.

Featherweight: Duke Ragan (4-0, 1 KO) UD 6 Charles Clark (3-7,-1 1 KO). Scores: 60-54 3x. In his first fight away from the confines of the MGM Grand Las Vegas Bubble, Cincinnati’s Ragan outboxed Clark and won every round on all three judges’ scorecards. Through four pro bouts, Ragan has yet to lose a round.

Heavyweight: Jeremiah Milton (3-0, 3 KOs) TKO 1 Jayvone Dafney (2-3, 2 KOs), 1:19. Tulsa native Milton had a successful homecoming, icing Dafney in the opening round with a right hand as Daffney was backed up against the ropes. A dazed Dafney could not respond, and the referee called the bout off. 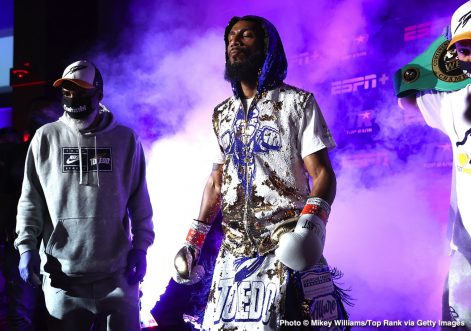 TULSA, OKLAHOMA – APRIL 10: Albert Bell walking to the ring before his fight against Manuel Rey Rojas at the Osage Casino on April 10, 2021 in Tulsa, Oklahoma. (Photo by Mikey Williams/Top Rank Inc via Getty Images) 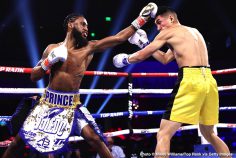 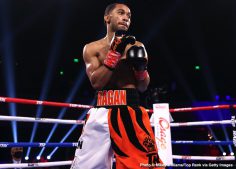 TULSA, OKLAHOMA – APRIL 10: Duke Ragan focus in the ring during his fight against Charles Clark at the Osage Casino on April 10, 2021 in Tulsa, Oklahoma. (Photo by Mikey Williams/Top Rank Inc via Getty Images) 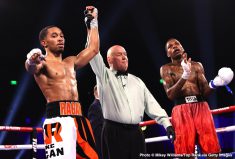 TULSA, OKLAHOMA – APRIL 10: Duke Ragan is victorious as he defeats Charles Clark at the Osage Casino on April 10, 2021 in Tulsa, Oklahoma. (Photo by Mikey Williams/Top Rank Inc via Getty Images) 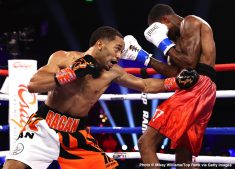 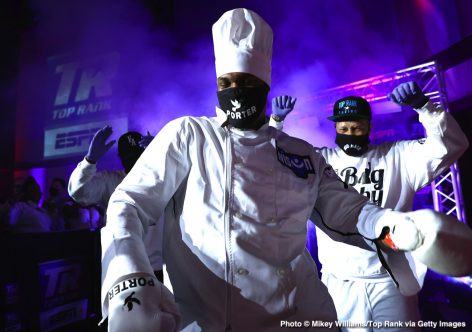 TULSA, OKLAHOMA – APRIL 10: Jared Anderson walking to the ring before his fight against Jeremiah Karpency at the Osage Casino on April 10, 2021 in Tulsa, Oklahoma. (Photo by Mikey Williams/Top Rank Inc via Getty Images) 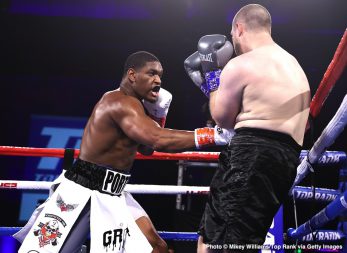 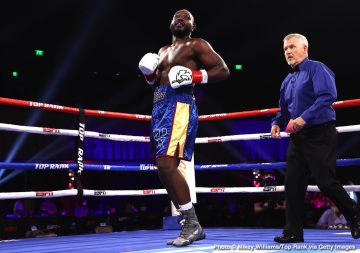 TULSA, OKLAHOMA – APRIL 10: Jeremiah Milton inside the ring as he defeats Jayvone Dafney at the Osage Casino on April 10, 2021 in Tulsa, Oklahoma. (Photo by Mikey Williams/Top Rank Inc via Getty Images) 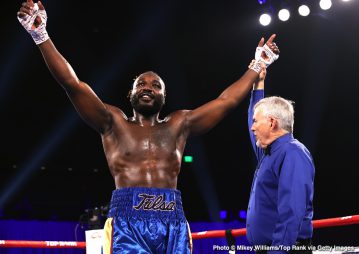 TULSA, OKLAHOMA – APRIL 10: Jeremiah Milton is victorious as he defeats Jayvone Dafney at the Osage Casino on April 10, 2021 in Tulsa, Oklahoma. (Photo by Mikey Williams/Top Rank Inc via Getty Images) 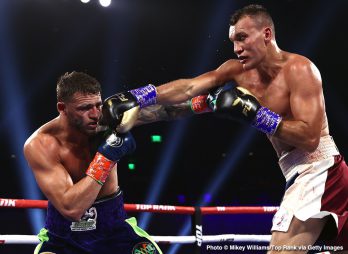 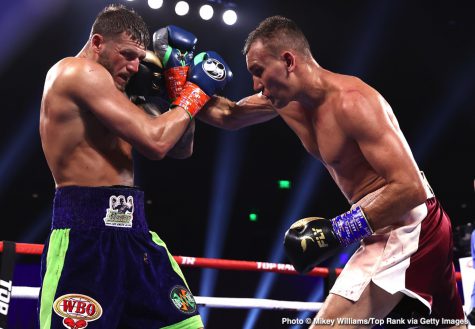 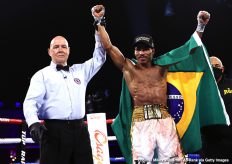 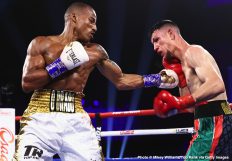 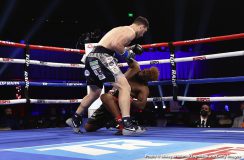 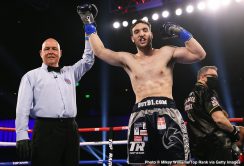 TULSA, OKLAHOMA – APRIL 10: Sonny Conto is victorious as he defeats Waldo Cortes at the Osage Casino on April 10, 2021 in Tulsa, Oklahoma. (Photo by Mikey Williams/Top Rank Inc via Getty Images) 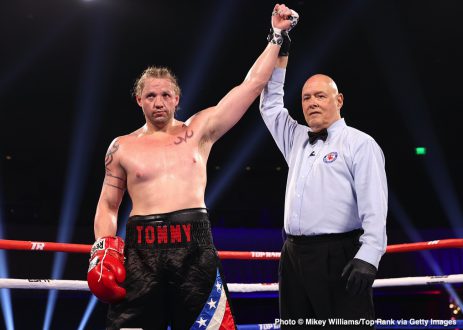 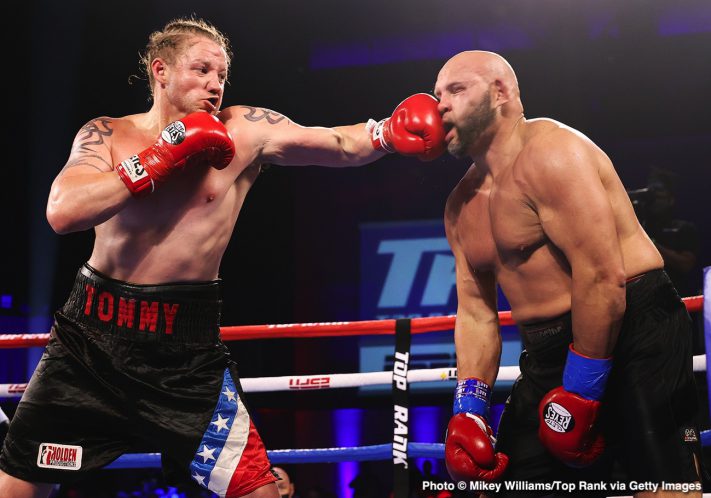