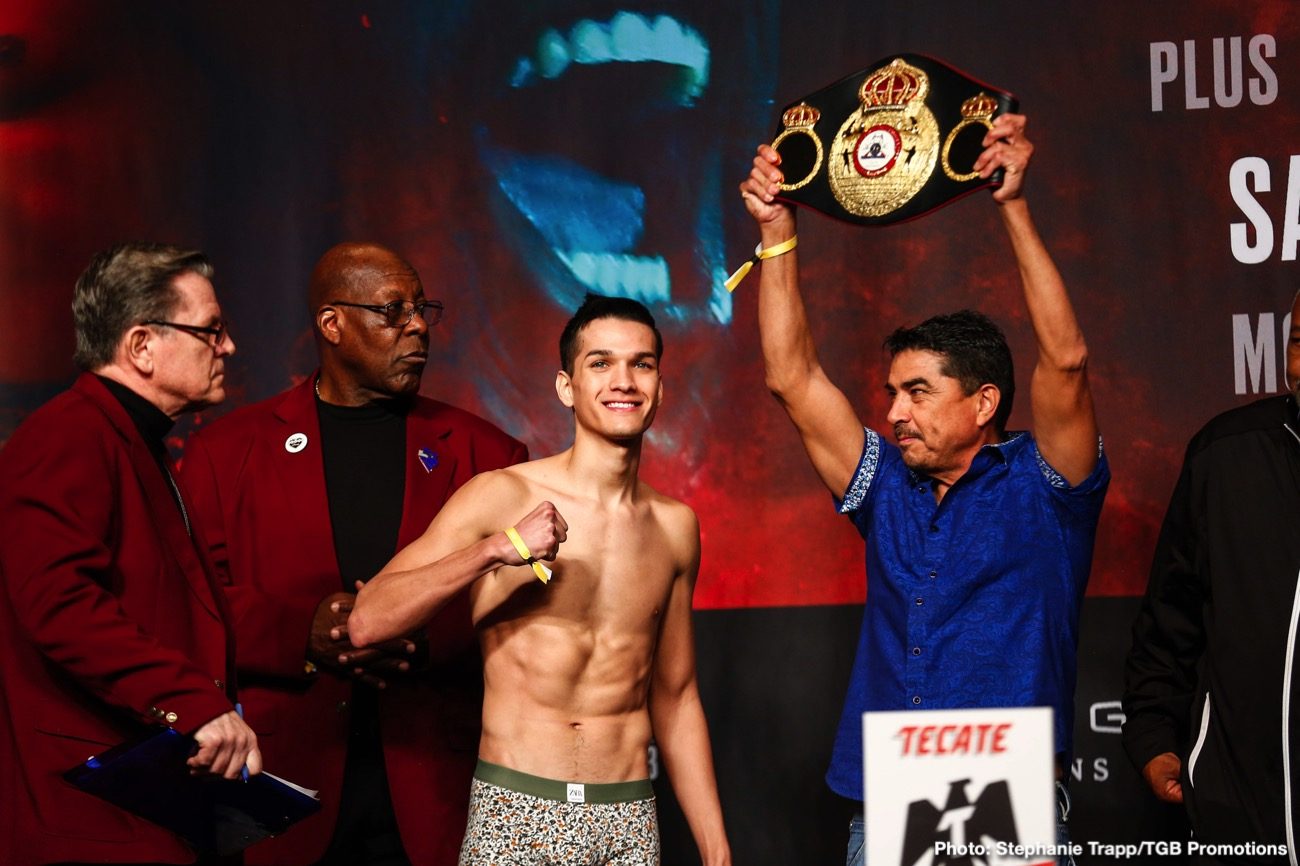 OMAR FIGUEROA JR.: “CINCO DE MAYO IS A TIME TO CELEBRATE FOR MEXICAN PEOPLE EVERYWHERE & I WANT THEM TO ENJOY A GREAT MEXICAN SHOWCASE.”

Former world champion and welterweight contender Omar “Panterita” Figueroa, Jr. shared details of his training camp and previewed his upcoming showdown against Abel Ramos, which serves as the co-main event of a FOX Sports PBC Pay-Per-View event this Saturday, May 1 from Dignity Health Sports Park in Carson, California.

Figueroa (30-1-1, 19 KOs) says that he feels as good as he has in a decade during this camp, which he spent in Indio, California with trainer Joel Diaz.

“It’s feeling healthy, above all, that’s really making a difference,” said Figueroa. “This was the first time we have prepared like we should in 10 years. Complete, from start to finish. I haven’t felt this good or fought this well in a decade. Now I’m excited to see how everything will come together on May 1”.

The 31-year-old veteran also had the chance to make a dream of his come true, training with younger brother and current super bantamweight champion Brandon Figueroa, who is seven years younger than him and getting ready for his own upcoming fight.

“That’s what I had always asked for,” said Figueroa. “I wanted to train alongside and fight against my brother, and that is exactly what happened. Whenever he saw I was getting complacent, he would raise his game and that would motivate me to reach his level, and the same thing happened with him if I got better. It couldn’t have gone better.”

Figueroa’s focus has remained on the daily grind under the tutelage of Diaz and alongside his brother, and isn’t particularly concerned with what Ramos might be doing at the moment.

“I hear Abel talk and I do expect a good fight out of him,” said Figueroa. “Nothing more, nothing less. I am focused only on what I can do, because I love to fight. Simple as that.”

Figueroa won the WBC Lightweight World Championship with a unanimous decision victory over Nihito Arakawa in a 2013 “Fight of the Year” and successfully defended the title two times before moving up to super lightweight in 2015. In his last fight in 2019, he fought Yordenis Ugas, who is currently the WBA Welterweight World Champion, losing a unanimous decision. When he returns to the ring Saturday, he looks forward to showcasing his improvement on a special fight weekend.

“Cinco de Mayo is a time to celebrate for Mexican people everywhere, and I want them to enjoy a great Mexican showcase,” said Figueroa. “My only focus is on Saturday night. I don’t concern myself with what the future may hold. My only focus is on doing my job well against Ramos and showing everyone that the fun is only about to start”.