By Chris Williams: Eddie Hearn doesn’t think much of Top Rank promoter Bob Arum’s idea of trying to negotiate the purse split for the Terence Crawford vs. Errol Spence Jr fight by proposing that both fighters agree to a 40-40 split with the extra 20 percent going to the winner.

As far as Hearn is concerned, Arum’s idea is the equivalent of him saying he can’t negotiate the Spence vs. Crawford fight because his idea will never work.

Also, the idea is crazy because it would mean that Spence, the fighter with more titles and a bigger pay-per-view guy, would be giving up his advantage.

Obviously, the split works for Arum and Crawford because they would make out like bandits if Spence agreed to his 40-40-20 idea, but it has no hope of happening in this world.

What’s more, if Spence captures the WBA strap from Yordenis Ugas this summer in their unification fight, that’s going to tilt things even more in his favor in negotiations with Crawford.

Arum’s idea can work as long as Spence focuses on the likelihood of him beating Crawford.

If Errol can put the idea that he’s giving parity to Terence out of his mind and concentrate on the fact that he’s probably going to win, he’ll still end up with the 60-40 split that he offered him in the first place.

“That’s almost like admitting the fight is not going to happen,” said Eddie Hearn to AK & Barak Show when asked about the 40-40-20 purse split that Bob Arum is offering for the Crawford vs. Spence fight. 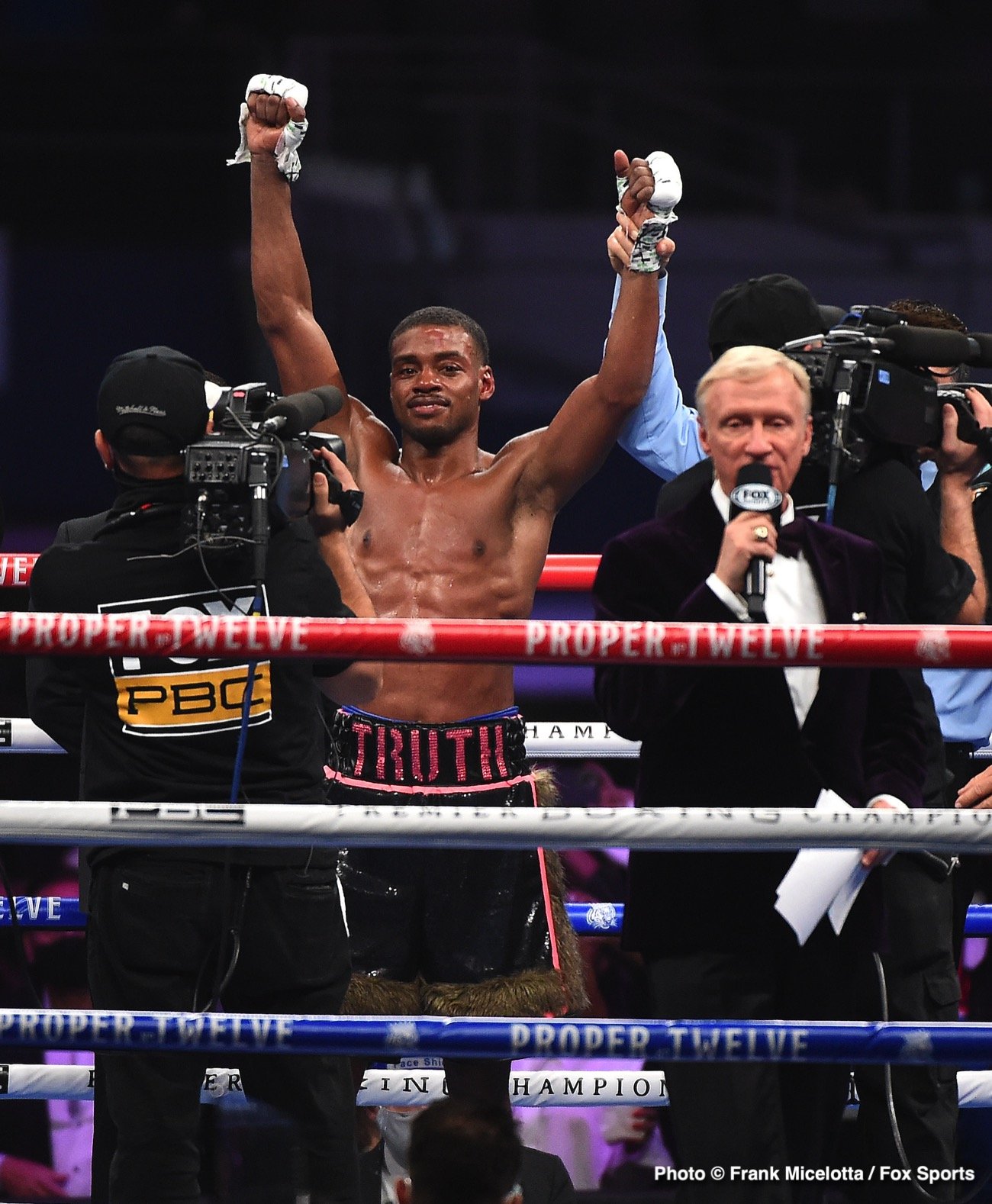 “When has that ever happened in the sport of boxing? How many times have we heard that? ‘Ah, winner takes all.’ It’s kind of like a repeat conversation.

“I guess it can [happen], but it never will. I love Terence Crawford. And I know him better than I know Errol Spence, who I like as well. I just don’t understand the whole [thing],” said Hearn.

Arum’s idea won’t work unless Spence and Crawford lose to someone soon. When that happens, we might see them more receptive to Arum’s idea, but it’s still highly doubtful and more of a pipe dream.

It is troubling that Crawford is already saying no to the Spence fight at a 50-50 split, suggesting that he wants the bigger cut of the pie.

Of course, it might even mean that Crawford doesn’t want the fight with Errol because he doesn’t think he can win. That makes more sense.

“I would say, how much money is in that fight? I don’t know. Call it $30 million for that fight. So Terence isn’t happy with 15 [million] each.

“It all really comes down to ego. You could go to Errol Spence or Crawford, and you could go, ‘I’m going to give you $100 million for this fight.’

“That’s what we’re talking about here, and that’s when you need a good arm around you, a good voice in your ear, a voice of reason, a voice of sense.

“Just to say, ‘Guys, if it’s the right fight and the right money, don’t lose it because what is the alternative?'” said Hearn.