Dave Allen coming out of retirement

If that’s the end game, winning the British strap, it’s not entirely unrealistic for Allen to achieve that, but it’s still implausible.

The 29-year-old domestic level heavyweight Allen (18-5-2, 15 KOs) retired last November, and he says he’ll be meeting with a promoter today.

Allen says he wants to fight at a lower level for his comeback, as he feels that his nine-year pro career wasn’t handled properly. He last fought in February 2020, stopping journeyman Dorian Darch in the third round in Sheffield. He looked good in chopping down Darch.

Allen’s punching power is excellent, but his defense is nowhere, and that’s why his comeback likely will fail.

In Allen’s fight before that, he was stopped in the 10th round by David Price in a one-sided fight in July 2019. That was a match that many boxing fans had predicted that Allen would win, but the combination of Price’s huge 6’8″ size and his superior boxing skills were too much for Allen.

He wasn’t ready for that type of opponent at that point in his career. Maybe if Allen had fought Price four years earlier, he might have had a good chance to knock him out, but unfortunately, he looked mentally dispirited from the first round.

The tragedy is that if Allen had beaten Price, it would have led to a life-changing fight against Alexander Povetkin, and he would have made a lot of money.

“I want to box more, but I want to come back at a lower level,” said David Allen on social media. “My career was never handled properly really due to my own fault, not being patient and whatever else. 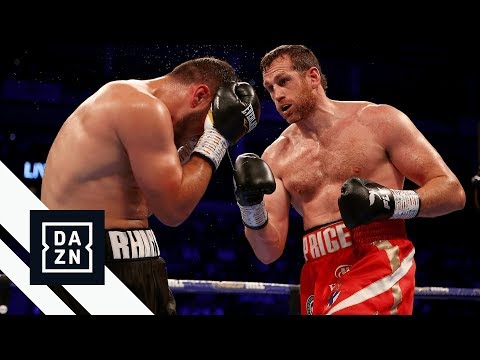 “I’ll be boxing again, but I won’t be coming back to fight Alen Babic or Fabio Wardley for at least 12 months. I want to come back and enjoy boxing. I’m not coming back for the money. Otherwise, I would just sell myself to the highest bidder,” said Allen.

The good news is Allen has only been beaten by solid heavyweights during his career. His losses have come against these fighters:

You can argue that Allen had no business fighting any of those fighters, considering that they were all more high-level guys with an excellent amateur pedigree going for them.

Allen is more a ham & egger type of heavyweight, a guy that was learning on the job since he turned pro. For Allen to have been thrown in with those guys, it’s troubling because he shouldn’t have been fighting guys at that level, given his lack of experience.