By Dan Ambrose: WBC lightweight champion Devin Haney’s title defense against #3 Jorge Linares has been approved by the World Boxing Council. The winner to face #2, Javier Fortuna, within 90 days by August 19th.

The former three-division world champion Linares is more known for his knockout defeats than his actual wins during his 19-year professional career.

Technically, Linares is an arguably more talented fighter than Haney, but his chin has betrayed him when he’s fought opposition with punching power.

It’s not always Linares’ chin, though. He was stopped on a body shot by Lomachenko in the 10th round in 2018, and his 11th round TKO loss to DeMarco was from a bad cut.

Linares and Fortuna are both very winnable fights for Haney, who is clearly being matched against older fighters to give him experience before being thrown to the lions.

Haney’s lack of punching power and hand speed will likely be his downfall once he starts facing high-caliber opposition.

Although Haney is compared to Floyd Mayweather Jr, he doesn’t have his speed or reflexes, and he’s not being matched the way he was early in his career.

This move by the WBC to approve Haney-Linares and order the winner to make a mandatory defense against Fortuna (36-2, 25 KOs) gives Devin a barrier to keep Vasily Lomachenko away. 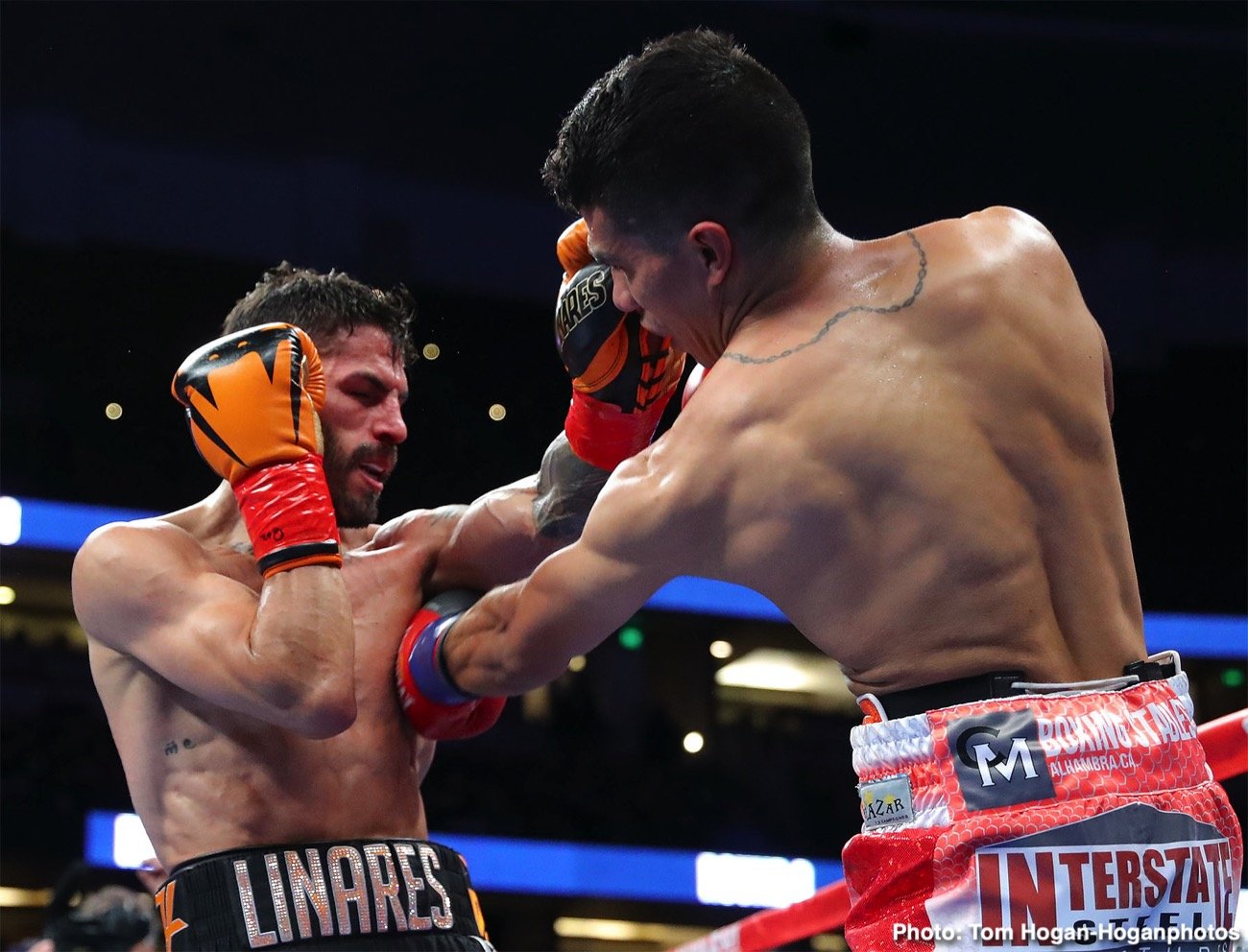 It appears the WBC is totally bypassing Lomachenko in letting Haney leapfrog over him to take the lesser threats to his short reign to face 35-year-old Linares and then Fortuna.

Last Wednesday, Lomachenko (14-2, 10 KOs) informed the boxing public that Haney (25-0, 15 KOs) had been lying recently when he said that a contract had been sent to him them to fight.

Lomachenko said that neither he, Top Rank, or his manager Egis Klimas had ever received Haney’s offer.

The fact that the WBC is already stating that the Haney vs. Linares winner must face Fortuna next – despite Lomachenko ranked #1 – suggests Devin will stay champion for a little while longer.

Lomachenko reminded fans yesterday that Haney received his WBC title outside of the ring without fighting anybody in 2019.

That was when the WBC suddenly came out of nowhere to give Lomachenko the Franchise tag and then elevate Haney to the new WBC 135-lb champion.

Haney didn’t beat anyone to become the WBC champion, something that his promoter Eddie Hearn isn’t too happy about.

Nevertheless, Hearn hasn’t gone out of his way to match Haney against the top fighters he needs to face to be seen as a real champion and not as an ’email champion,’ as many boxing fans see him as.

You can’t count out the former three-division world champion Linares (47-5, 29 KOs) in potentially beating Haney, though, because he is faster, more experienced, and more powerful than him.

There’s not much interest from boxing fans in hearing about Haney selecting Linares as his next opponent because this is the same type of opponent as his last fight against 38-year-old Yuriorkis Gamboa. 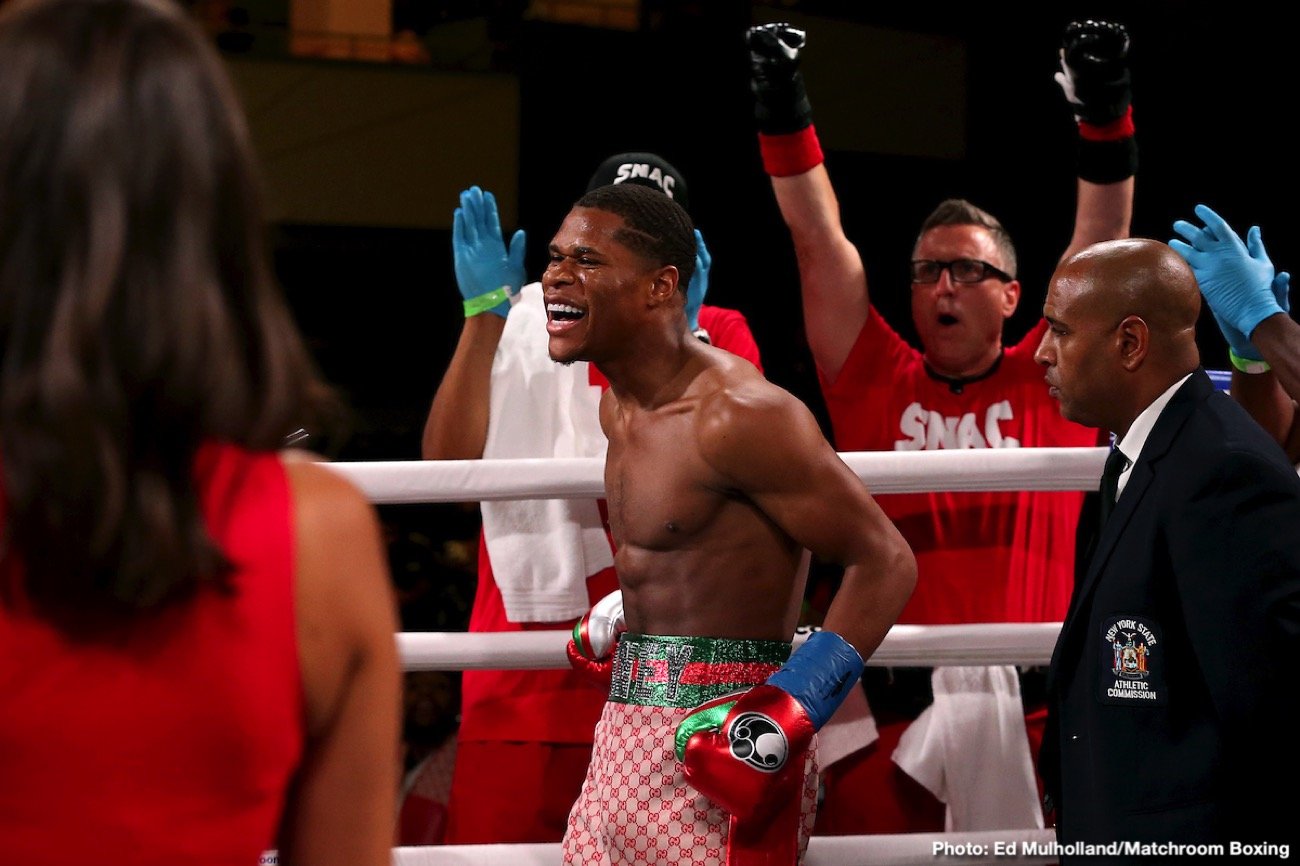 Former WBA super featherweight champion Fortuna, 31, has won his last three fights since his fight against Adrian Granados in 2018.

That was the one in which Fortuna appeared to leap out of the ring in the fourth round, resulting in him suffering an injury.

Some boxing fans believe Fotuna intentionally leaped out of the ring because Granados was working him over, and it looked like it was going to be a long night.

Sugar Hill: Joshua must prepare for 2 different Furys in the ring »