By Jeff Aronow: Teofimo Lopez isn’t taking Devin Haney seriously about back and forth verbal war with Vasily Lomachenko that took place on Twitter last Monday.

Like many, Teofimo views yesterday’s Twitter war initiated by WBC 135-lb champion Haney (25-0, 15 KOs) as just talk by him.

In other words, it’s a calculated move by Haney, 22, to get some badly needed attention on him and his fledgling career. The San Francisco, California-born Haney still hasn’t fought anyone talented enough to take his career to the next level.

It would be a surprise if Haney were to prove Teofimo wrong by letting his promoters at Matchroom Boxing know that he wants them to negotiate a fight with Lomachenko.

It’s a fight that #1 WBC Loma would likely take in a heartbeat, as he’s already made it clear that he wants to beat the ‘Four Kings’ in the lightweight division, which he’s surprisingly been excluded from after his loss to Teofimo last October.

The Four Kings are as follows:

“I got to go with Loma. Nobody is ready for Loma,” said Teofimo Lopez on social media when asked about a fight between Devin Haney and Lomachenko.

“I think that’s just being talked about right now. I know that Devin doesn’t want to fight Lomachenko. That I know. I definitely know,” said Teofimo.

Lopez recently beat Lomachenko by a 12 round decision on October 17th last year in a closer fight than how the judges scored the contest.

In the aftermath of the fight, Teofimo has repeatedly turned down requests by Lomachenko for a rematch, even after learning that the Ukrainian fighter fought him with one arm due to a shoulder injury he fought with.

Some boxing fans believe that Teofimo has no confidence that he can beat a ‘healthy’ Lomachenko, as he was getting worked over by him in the second part of the contest. 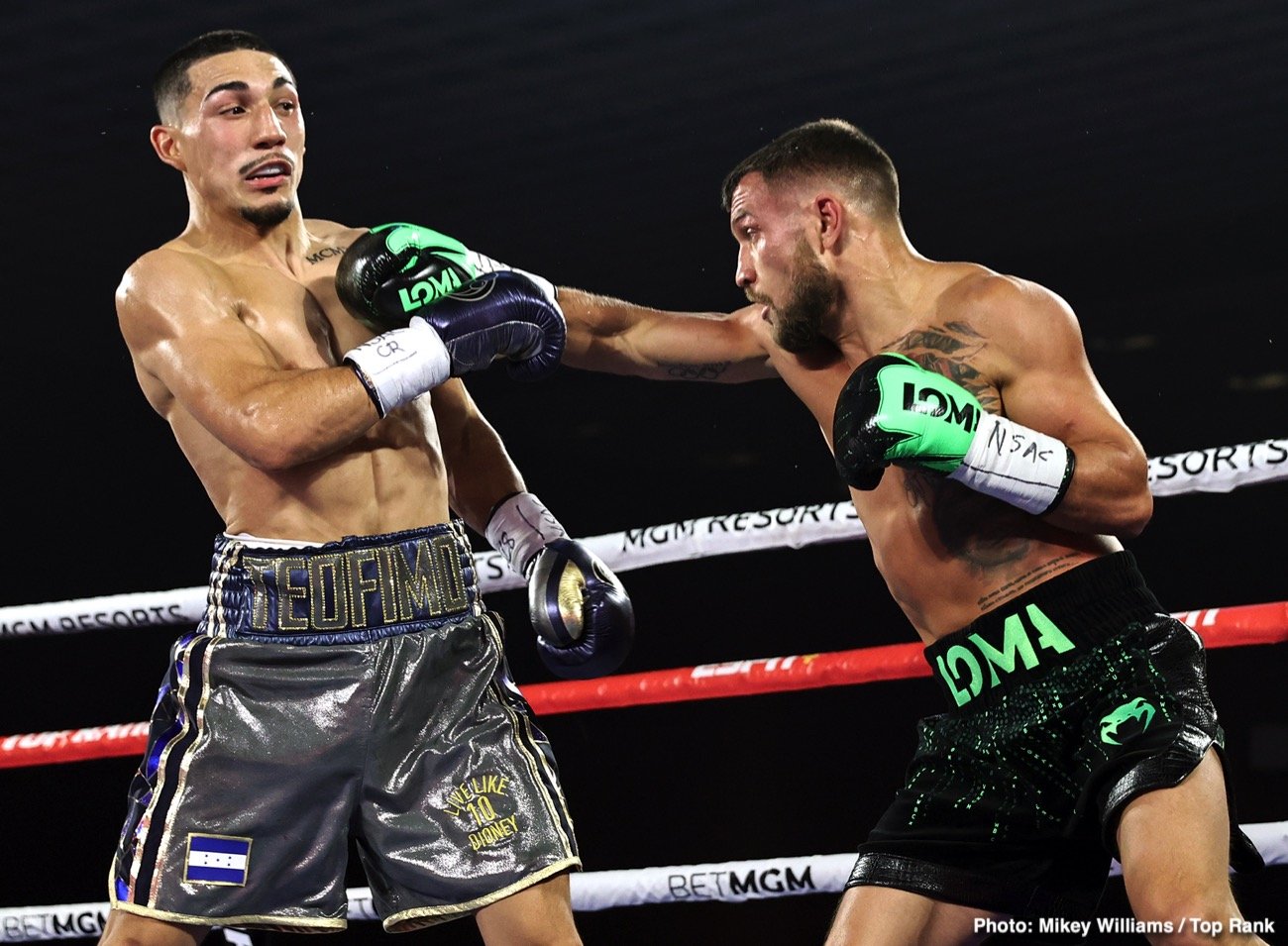 Lomachenko: “Waiting is your favorite action because you still haven’t fought with anyone.”

Haney: “I was definitely waiting to fight you when I was your MANDATORY & you petitioned for the Franchise Title!”

Lomachenko: “you know perfectly well that it was not my decision! But you shouldn’t complain about it because, after that, they sent you the belt by mail.”

Now it’s up to Haney to prove Teofimo wrong by telling his promoter Eddie Hearn to go out and make the fight with Lomachenko.

Look at it this way. If Haney conclusively beats Lomachenko, he’ll be able to not only increase his popularity overnight, but he’ll be able to show the difference between him and Teofimo to the fans.

Teofimo has a lot to prove against Lomachenko

If Lomachenko could dominate Teofimo for such a long stretch while injured, what would a healthy Loma do? Your guess is as good as mine.

Teofimo has taken advantage of the mistake Lomachenko made by not including a rematch clause in the contract for their fight last October.

Teofimo says Lomachenko was arrogant by not putting in the rematch clause. However, boxing fans don’t see that as a good excuse by Teofimo for why he shouldn’t fight Lomachenko a second time.

If anything, Teofimo’s rationale for why he doesn’t need to fight Lomachenko ever again by saying he failed to include a rematch; comes off as weak, a fighter that is clearly fearful.

What’s really telling about Teofimo choosing not to take the rematch with Lomachenko is the fact that he’s walking away from a bigger payday than what he’s getting in his next fight against little-known George Kambosos Jr.

Teofimo’s payday for the Kambosos fight will be $3.9 million, but you have to believe Teo would make more than that if he were to face Lomachenko a second time.