Spence hints Ugas is next, and possibly Crawford afterwards 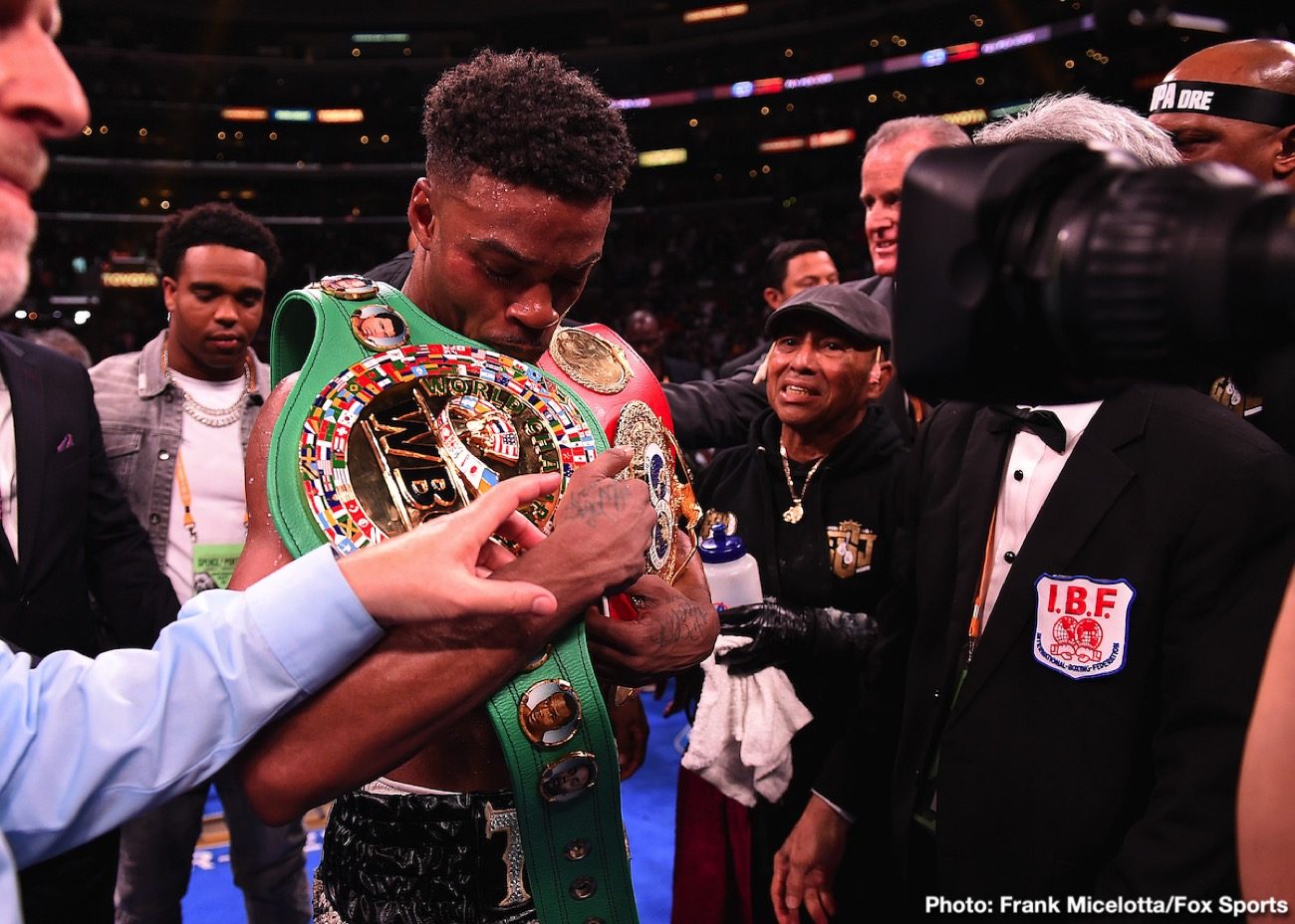 By Chris Williams: Errol Spence Jr made it clear on Thursday that he’ll be fighting WBA welterweight champion Yordenis Ugas next, and then he’ll turn his attention to WBO belt-holder Terence Crawford.

Spence (27-0, 21 KOs) will give Crawford (37-0, 28 KOs) the chance to fight him, but it’ll be up to him if he wants to take the fight. All the talk of the wide splits slanted in Errol’s favor might not necessarily be the reality.

Errol may give Crawford, 33, a nice 60-40 split, which would be more than fair, given that Spence would be going into the negotiations as a thee-belt [IBF, WBA & WBO] champion.

Crawford will need to swallow his pride and agree to the 60-40 split offered to him by Spence and be glad he’s getting it.

It could be a lot worse than 60-40 if Spence decides to factor in the three titles he’ll soon have and the fact that he’s a pay-per-view attraction while Crawford isn’t.

It would be hard for Crawford to try and justify him deserving a 50-50 split if he only has one title, and he’s not a pay-per-view attraction.

“Will see who holding up what when I get this third belt,” said Spence on Twitter in sending a message to Crawford.

It might be better for Spence to wait and see if Crawford re-ups with Top Rank for another hitch after his contract with them runs out in October.

If Crawford becomes a free agent, he might sign with Premier Boxing Champions, making things easier to set up a fight between him and Spence.

First, Spence needs to get the fight negotiated with WBA 147-lb champion Ugas (26-4, 12 KOs). That’s a match-up that will likely be on Fox Sports pay-per-view and bring in good numbers.

Yorgenis Ugas won’t be an easy out for Spence

The talented 34-year-old Cuban Ugas won the WBA belt stripped from Manny Pacquiao, who hasn’t fought in two years since his win over Keith ‘One Time’ Thurman.

Ideally, Ugas would have preferred to capture the World Boxing Association title from Pacquiao while still holding it. Still, he couldn’t do anything with him sitting on the sidelines, no longer fighting. The WBA made the right move in stripping Pacquiao of his belt and letting Ugas fight for it. 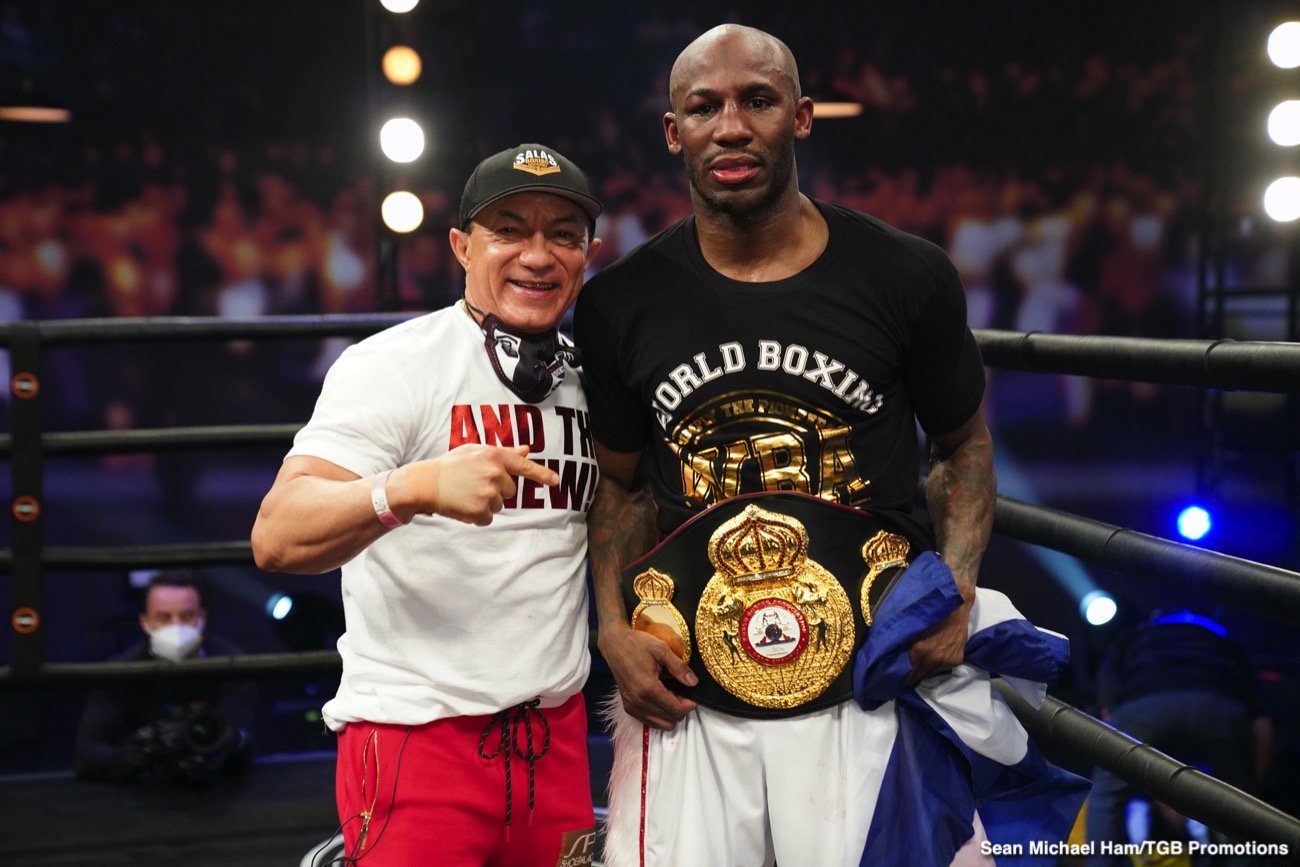 Ugas won’t be an easy fight for Spence, as this is a guy that arguably beat Shawn Porter in 2019 in a controversial 12 round split decision defeat. Many boxing fans believe Ugas did a better job against Porter than Spence did.

That’s not to say that Ugas is necessarily a better fighter than Spence. It’s more of a case of Ugas’ fighting style was wrong for Porter, who couldn’t do anything against him and was getting beaten up the entire fight.

Chris Williams had Ugas defeating Porter by a 117-111 score. It wasn’t a close fight. Ugas was a lot better than Porter.

Jaime Munguia vs. Maciej Sulecki in the works for April »