Yordenis Ugas to Errol Spence: Where do I sign to unify? 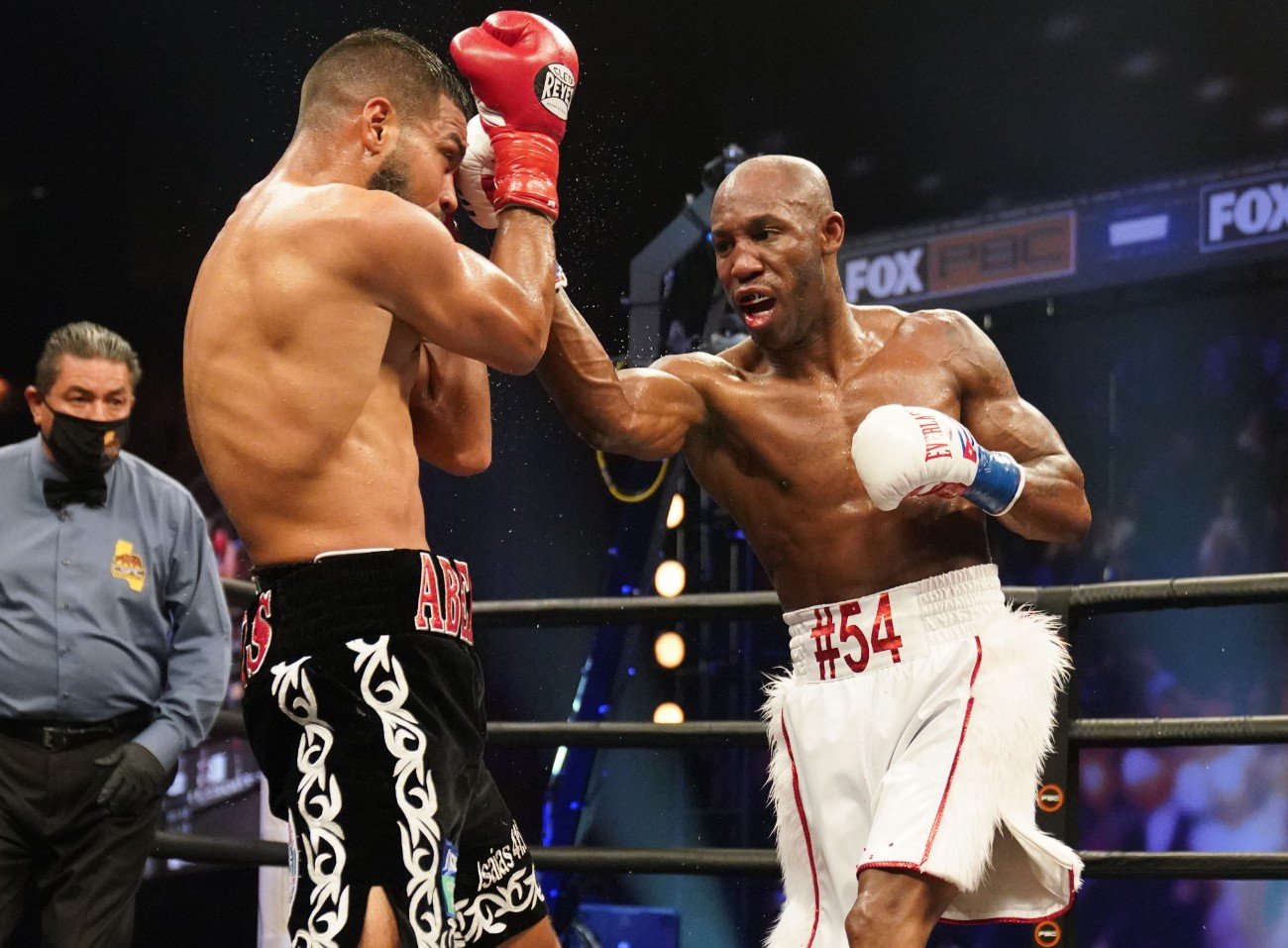 By Sean Jones: Yordenis Ugas is ready to take Errol ‘The Truth’ Spence Jr in a three-belt unification fight at 147. Newly crowned WBA ‘Super’ welterweight champion Ugas (26-4, 12 KOs) took to Instagram last weekend to ask where he can sign to face IBF/WBC champ Spence (27-0, 21 KOs) for a match between the two.

Spence has expressed interest in facing Ugas, but thus far, the negotiations haven’t started. Not surprisingly, Ugas, a fighter that likes to stay active, is letting Spence know that he wants to get talks underway for a unification fight.

If Spence is going to drag his feet, Ugas has the option of facing former WBA/WBC 147-lb champion Keith ”One Time’ Thurman, who is expressing interest in jumping in front of Errol to take the match with Yordenis.

Although Thurman is taking an altruistic stance for why he wants the Ugas fight, saying he just wants to help make the Spence-Ugas fight bigger, it’s obvious that he’s got an ulterior motive in unseating Ugas and taking the Spence fight from him in 2021.

Thurman wants and needs the WBA title that Ugas is in possession of to force Spence’s hand to fight him.

Without that title, Thurman will likely be frozen out permanently by Spence, who is clearly holding a grudge against him because he didn’t throw him a bone when he held the WBA/WBC straps.

all you needed was something I want 🤝#strapseason

The former Cuban amateur star Ugas says he’s not going to pay attention to those jeolous people, who are bitter about him being elevated by the World Boxing Association to the ‘Super’ champion a week ago.

Ugas’ good fortune was a result of him staying active, winning fight while the previous WBA ‘Super’ champion Manny Pacquiao chose to sit on the sidelines, not defending his title.

Ugas fought well enough to win by four to six rounds in this writer’s view of the fight, but one judge, Loe Moret, shockingly scored it for Ramos by a 117-111 score. That score was baffling considering how dominant Ugas was during the fight.

Ugas deserved a win against Shawn Porter in their fight two years ago in the view of many boxing fans.

This writer saw Ugas winning the Porter match quite easily, showing the kind of talent most fighters at 147 could only dream of.

That was a fight in which the A-side Porter was supposed to win, but it was obvious from the start that his game wasn’t equipped to beat a fighter with Ugas’ talent-level, and it turned out to be a real ugly performance from ‘Showtime.’

Porter looked lost throughout and was forced to run after discovering that Ugas was the better inside fighter than him.

That was easily the worst performance of Porter’s career bar none, but it’s one that showed the importance of being the A-side. Since losing that contest, Ugas has put together an impressive three-fight winning streak, beating these fighters: