Warrington makes statement on defeat, no mention of rematch 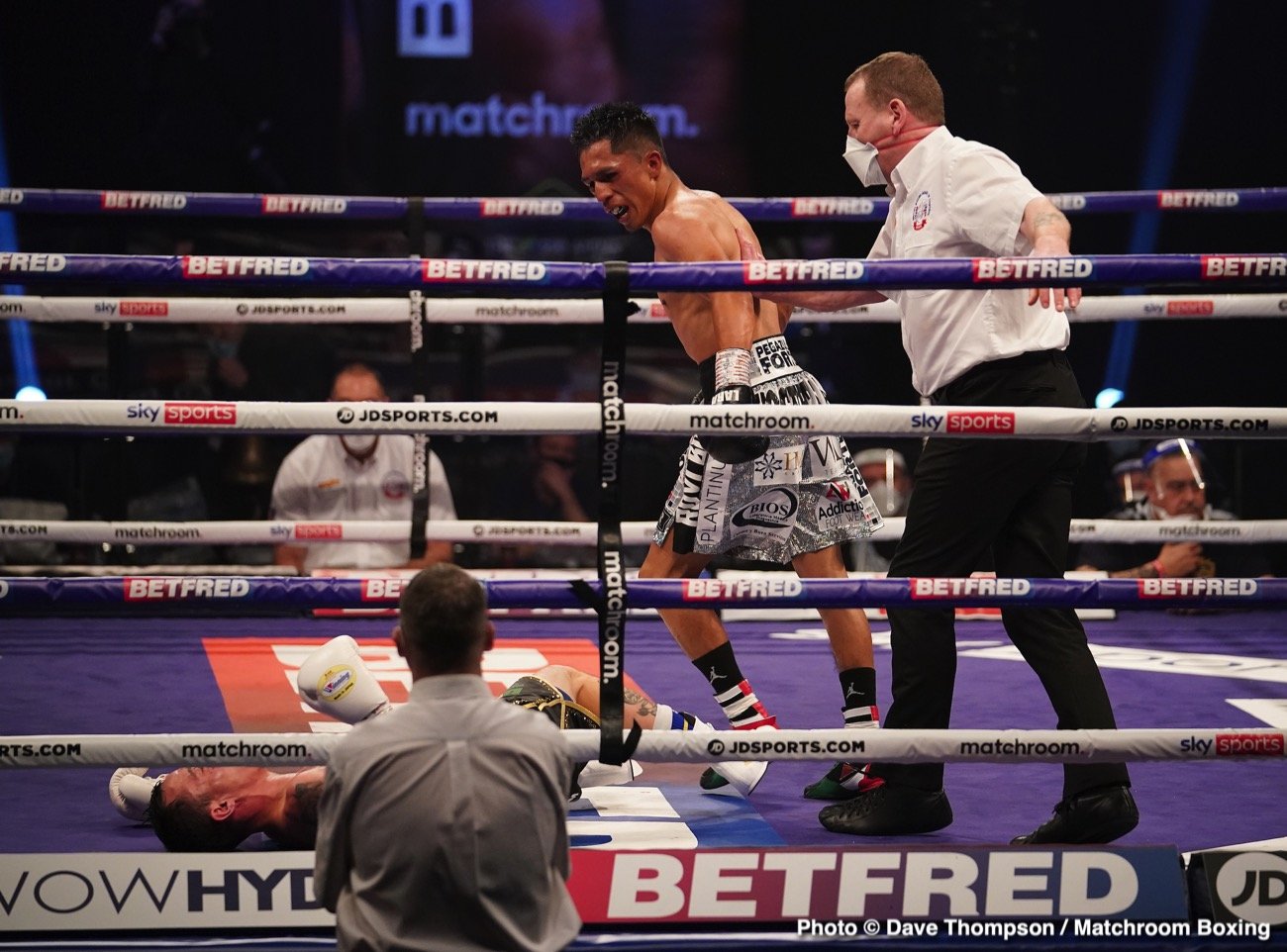 By Charles Brun: Josh Warrington made a short statement about his thoughts on his loss to Mauricio Lara last Saturday night. Interestingly, he didn’t say anything about wanting a rematch to even the score with the Mexican knockout artist.

Instead of Warrington (30-1, 7 KOs) talking about wanting a rematch, he seemed to be trying to minimize the consequence of his 9th round knockout against the younger 22-year-old fringe contender Lara (22-2, 15 KOs).

Warrington is calling his defeat a “bump in the road,” which is clearly an understatement. I hate to say it, but it’s more of a roadblock with no detour sign.

Lara was brought in as an opponent for Warrington, 30, sharpen up last night at the Wembley Arena in London, UK.

Given how little Lara has done with his six-year career, he wasn’t supposed to be on Warrington’s level, and, of course, he shouldn’t have dropped him like a bad habit twice en route to flattening him in the ninth. 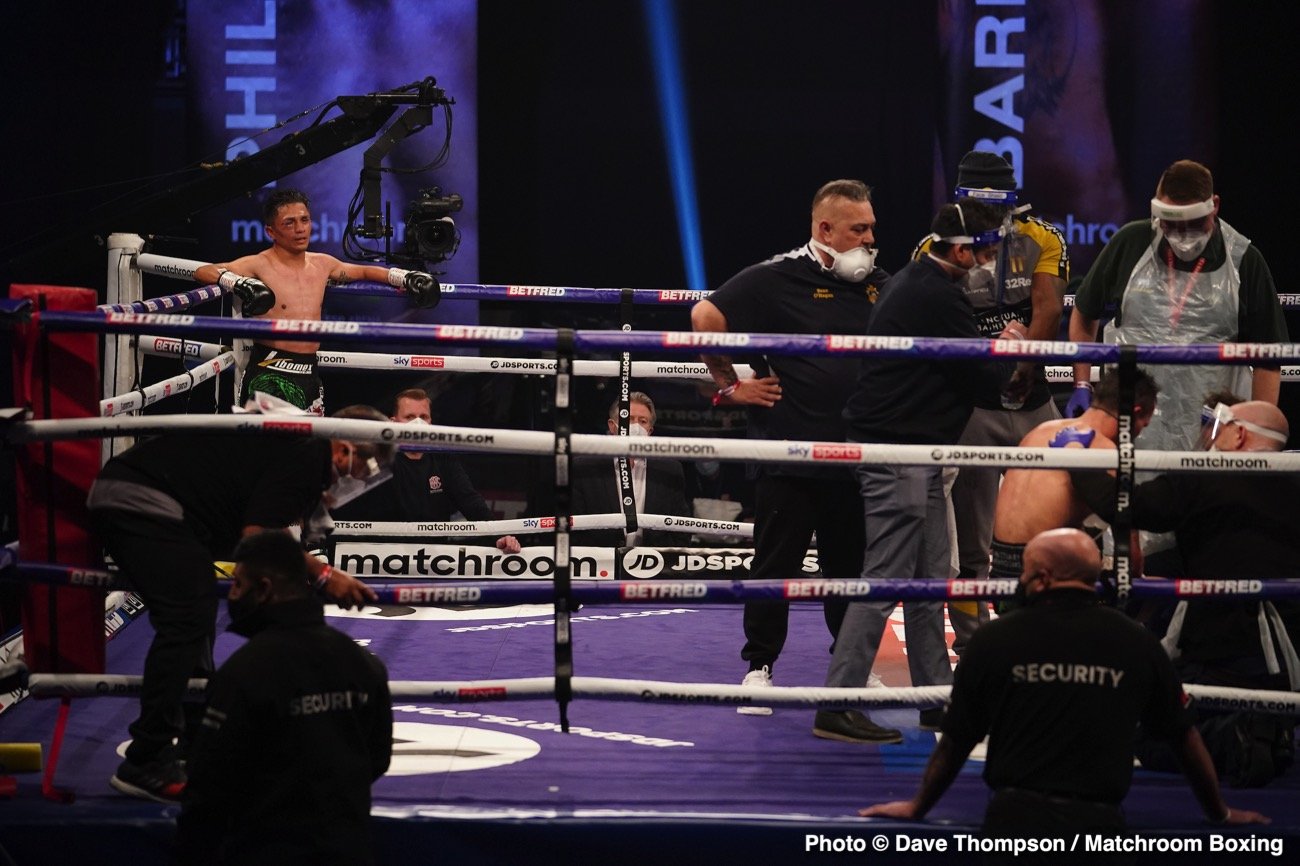 Warrington feels he still has what it takes

“I still feel I’ve got what it takes to achieve my dreams and my goals,” said Warrington in making a statement after his loss to Lara. The video was deleted shortly after it was posted.

“The Leeds Warrior’s not over yet. It’s a bump in the road, but it happens to the best of us. It’ll only give me more motivation to come back even stronger. Full credit to Mauricio Lara” said Warrington.

It’s great that Warrington is giving credit to his conqueror Lara, but you have to disagree with him completely with the way he’s calling it a “bump in the road.”

The defeat told us that Warrington doesn’t possess a good enough outside game to beat a lower-level contender with a little pop in his punches.

We already knew going into last Saturday’s Warrington-Lara clash that Warrington’s bread & butter style of fighting was him going to war on the inside.  Warrington’s engine and ability to scrap it out in close is what has taken him this far in boxing.

But the fact is, he’s not faced big punchers or super talented opposition. Yeah, Warrington has been fighters like Lee Selby and Carl Frampton, but those aging guys aren’t huge punchers.

Those are not great fighters or huge punchers, which is why Warrington could get away with his style of fighting. Battling in close against anyone with power would have likely resulted in Warrington being knocked out by now. 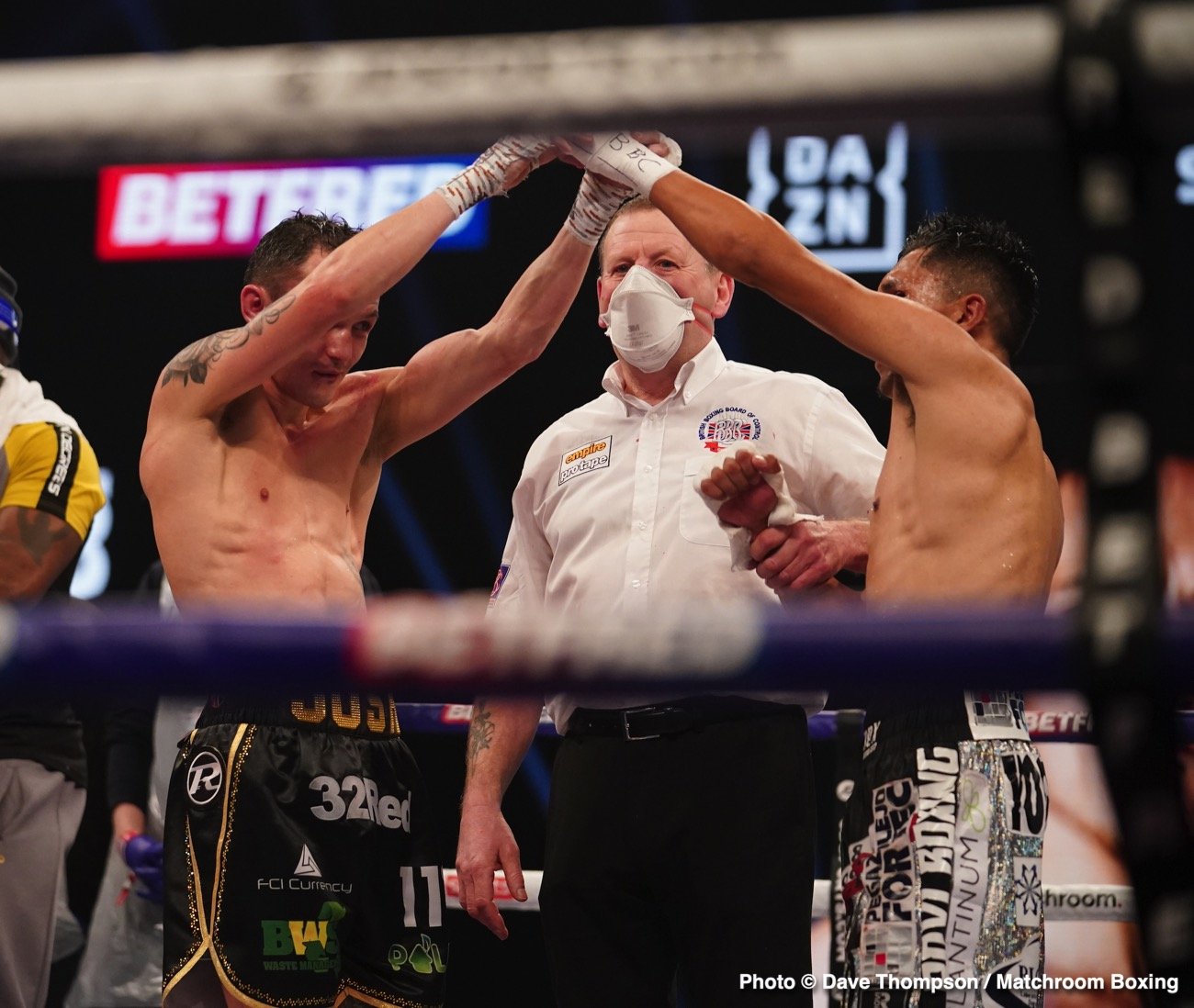 Josh wishes he had boxed Lara

“I played his own game. Full credit to Mauricio. He came, took an opportunity, and seized it.”

If you look closely at the fight, you’ll notice that the taller guy Lara was still able to land his shots on Warrington even when he was on the outside.

Lara was throwing these odd-looking hooks launched from a long distance and still connecting with a lot of power.

Typically, you don’t see many fighters throwing hooks from long range, but Lara was throwing shots and landing.

It probably wouldn’t have mattered if Warrington had stayed on the outside all night rather than slugging with Lara because he would have still been getting nailed by big shots and forced to slug it out.

Lara was too skillful at cutting off the ring on Warrington, and he would have gotten to him no matter how much he moved.

“The beating he took in there that we saw, that ages a fighter. That’ll affect a fighter for years to come,” said Johnny Nelson to Sky Sports on Warrington after losing to Lara.

In some cases, fighters that are hurt in contests are never the same and show signs of being prone to suffering knockouts in their future fights. Will Warrington suffer the same fate?


« Mauricio Lara on beating Josh Warrington: ‘I am number 1’ at featherweight