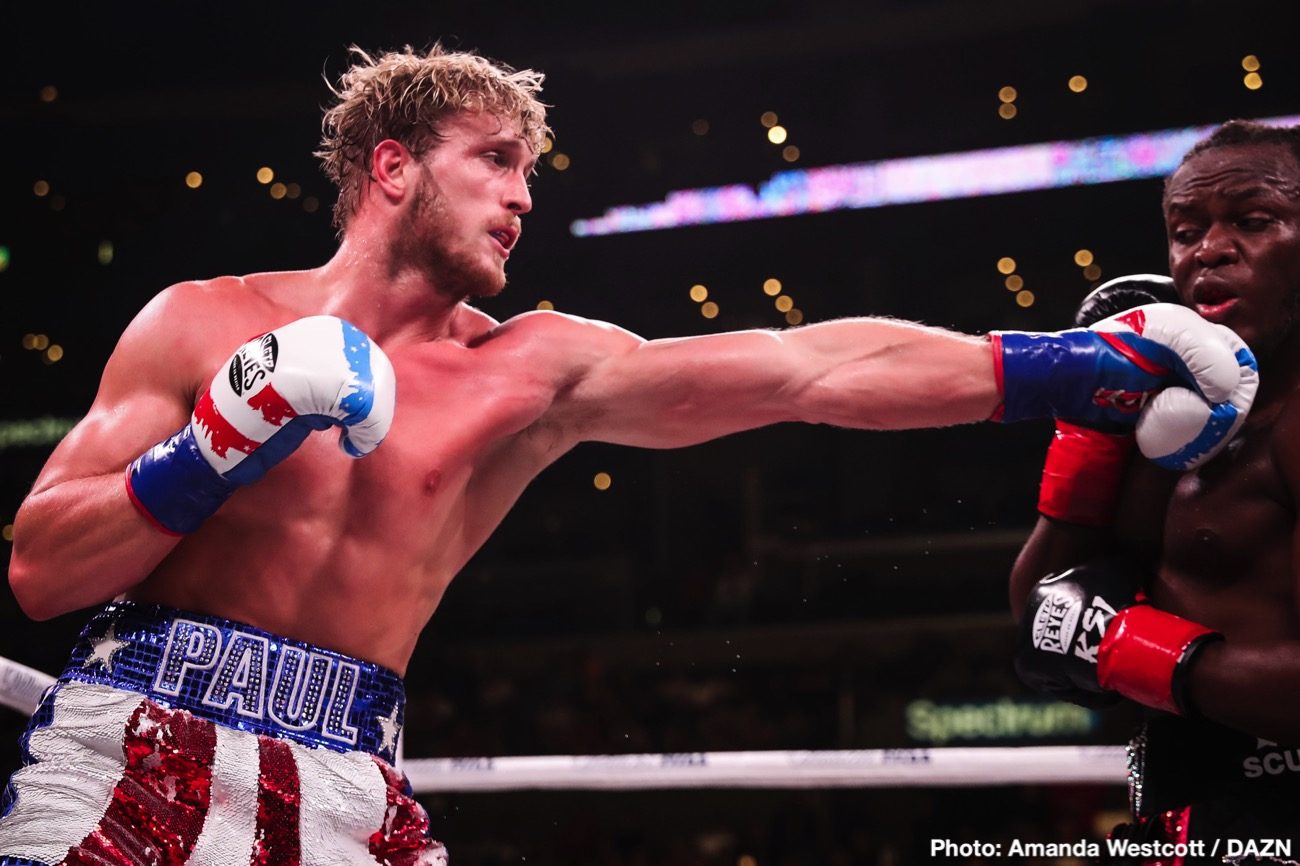 By Allan Fox: Logan Paul acknowledged on Monday that his exhibition match scheduled for February 20th against Floyd Mayweather Jr had been postponed until further notice.

One of the reasons for the fight being delayed is they want to have the match take place in front of a large live crowd, and that can’t happen while the pandemic is taking place. Logan isn’t saying what venue they were planning on trying to sellout.

Mayweather and Paul had planned on selling their exhibition match on pay-per-view.

The boxing public was unhappy from the moment the Mayweather-Paul fight was announced, considering that it’s a match that had no real sporting value. Logan is a YouTuber, not a boxer.

Although the popular Logan does have one professional fight under his belt against fellow YouTuber KSI in 2019, he lost that match by a six-round split decision.

Logan was gassed after one round and was too tired to do much of anything in the last five rounds against an equally amateurish looking KSI. 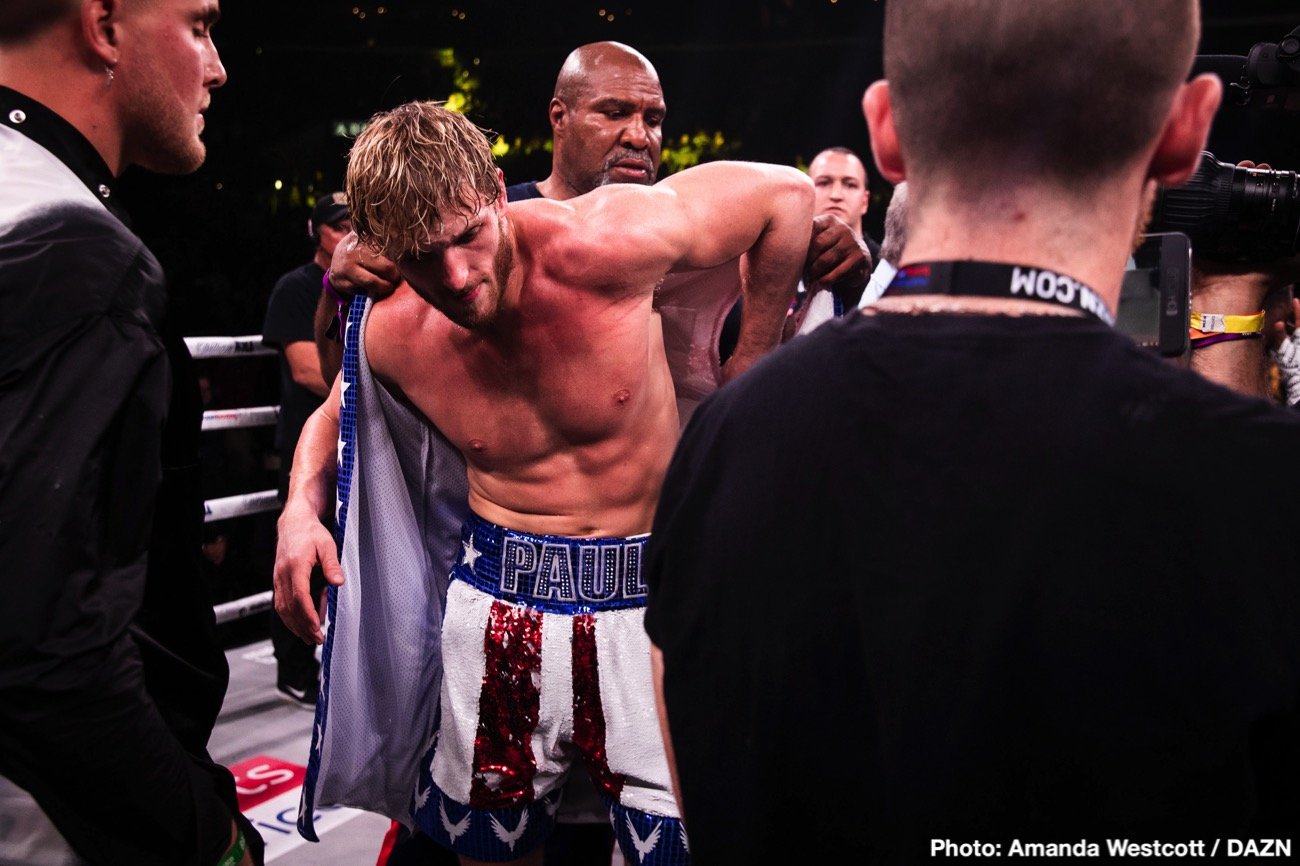 The 25-year-old Youtuber Paul isn’t saying how long they plan on waiting until they reschedule, as there’s a chance that crowds may not be allowed back this year if they choose to stage the match in California or Las Vegas.

Given Mayweather’s advanced age, it’s not good if their exhibition match is delayed two or more years waiting for crowds to return.

“The Mayweather fight is pushed [back] which I am completely OK with,” said Logan Paul on his YouTube channel.

“The fight’s still happening. We want to have a packed arena somewhere and then the business side of things, we have to iron them out.

With Mayweather and Logan’s large following, they’ll likely have no problems getting a sellout crowd of fans. Logan’s followers are boxing fans, though. They’re his fans from his YouTube site, and they’re not focused so much on his boxing match.  Logan could attract a large crowd of his followers if he were involved in a pie-eating contest. They’d show up to see him with the same enthusiasm.

“He’s got a lot of people on his team. Al Haymon got involved, if you know boxing, you know what that means for getting an actual deal done and figuring out a venue,” said Logan.

If they want to get the exhibition match done this year with a crowd, they’ll likely need to stage it in Texas or Florida. It’s unclear whether Mayweather and Logan’s fans will be willing to follow them that far during the pandemic.

Paul and Mayweather likely have fans in those two states, but perhaps not enough to sell out a venue.

The former boxing superstar Mayweather (50-0, 27 KOs) hasn’t fought since 2017, and he’s been pretty much forgotten by fans. Mayweather’s last real fight was in 2015 against Andre Berto.

Since then, he’s fought a couple of matches against MMA fighters in Conor McGregor and Tenshin Nasukawa.

The Nevada Commission sanctioned Mayeater’s match against UFC fighter McGregor as a professional match, but boxing fans still viewed it as not being a real fight. McGregor had never had a professional fight before Mayweather fought him in 2017.