By Charles Brun: Eddie Hearn has revealed that he’s moving the heavyweight rematch between Dillian Whyte (27-2, 18 KOs) and Alexander Povetkin (36-2-1, 25 KOs) from March 6th to March 27th to Gibraltar.

The Whyte vs. Povetkin II fight is being moved from the 6th of March because of the pandemic’s travel restrictions. It had been scheduled to take place at the Wembley Arena in London, UK. It’ll be a short three-week delay.

“In the current environment, we always have to think on our feet. We did everything to try and make March 6 happen, but it was impossible with the new travel restrictions.

“Now we have something outside the box, compelling, and a unique setting for one of the Heavyweight Fights of the Year – roll on the Rumble on the Rock!”

“It’s going to be epic. So we’re moving out of Wembley for this event. We’re all flying over to Gibraltar on the rock there. It’s going to be a momentous heavyweight occasion.

“It’s going to be wild, wacky, a little bit off the cuff. But in these times, we’ve had to do something different. Thank you for Alexander Povetkin’s team. Both of those guys were training hard for March 6th, but we had no choice but to move it three weeks.

“The fight is on the big fight, the rematch. The same mission to get revenge over Alexander Povetkin, but on March 27th, the Rock of Gibraltar.

“Here we come, baby. The same,” said Hearn when asked if the same undercard will join the Whyte vs. Povetkin 2 fight on Gibraltar.

“Those guys have just got to adapt—three weeks extra, no big deal. So on we go, big night, and then Lawrence Okolie, of course, going for a world title the week before on March 20th, and then we’re all off to Gibraltar. Let’s get involved; let’s have some fun.

“I think this week has all the ingredients of just a stunning night of boxing,” Hearn continued. “Kelly vs. Ananesyan is a fantastic fight. We’ve been waiting a long time. Honestly, from top to bottom, I think we’re going to have a cracker tonight,” said Hearn.

Whyte will have a little more time to recover from his fifth-round knockout against Povetkin last August. It’s debatable whether Whyte has recovered from that knockout yet because it was a bad one. Povetkin caught Whyte with a left uppercut that knocked him cold.

It’s sometimes difficult for a fighter to come back from it and be the same with a knockout like that. That’s why it’s risky for Whyte to be rushing back to the ring after just seven months to face the guy. 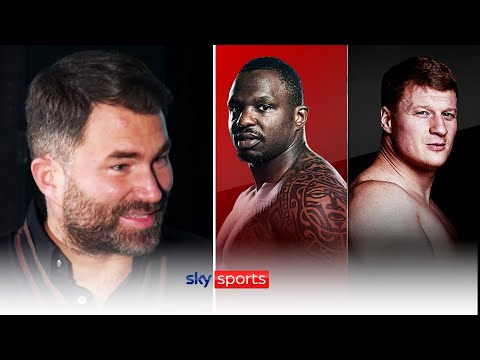 Whyte is the one that wanted the rematch with the 41-year-old Povetkin, and now we’re going to see if he made the right decision. If Whyte gets knocked out again, boxing fans will be letting Hearn have it, blaming him for the loss instead of Dillian.


« Who should Manny Pacquiao fight next?