Steve Kim reporting the news of the injury for the 33-year-old Frampton (28-2, 16 KOs), who was hoping to become Ireland’s first three-division world champion.

There’s been almost no buzz at all about the Herring vs. Frampton fight since it was signed, and it’s doubtful that people in boxing will even notice that it’s being postponed by a month.

It’s hard even to know where to begin trying to get the boxing public interested in the Herring – Frampton fight. Even if Top Rank packaged the fight with a great undercard, it still wouldn’t help.

As far as I can tell, the only selling point for the Herring vs. Frampton fight is the fact that the winner will be facing Shakur Stevenson. 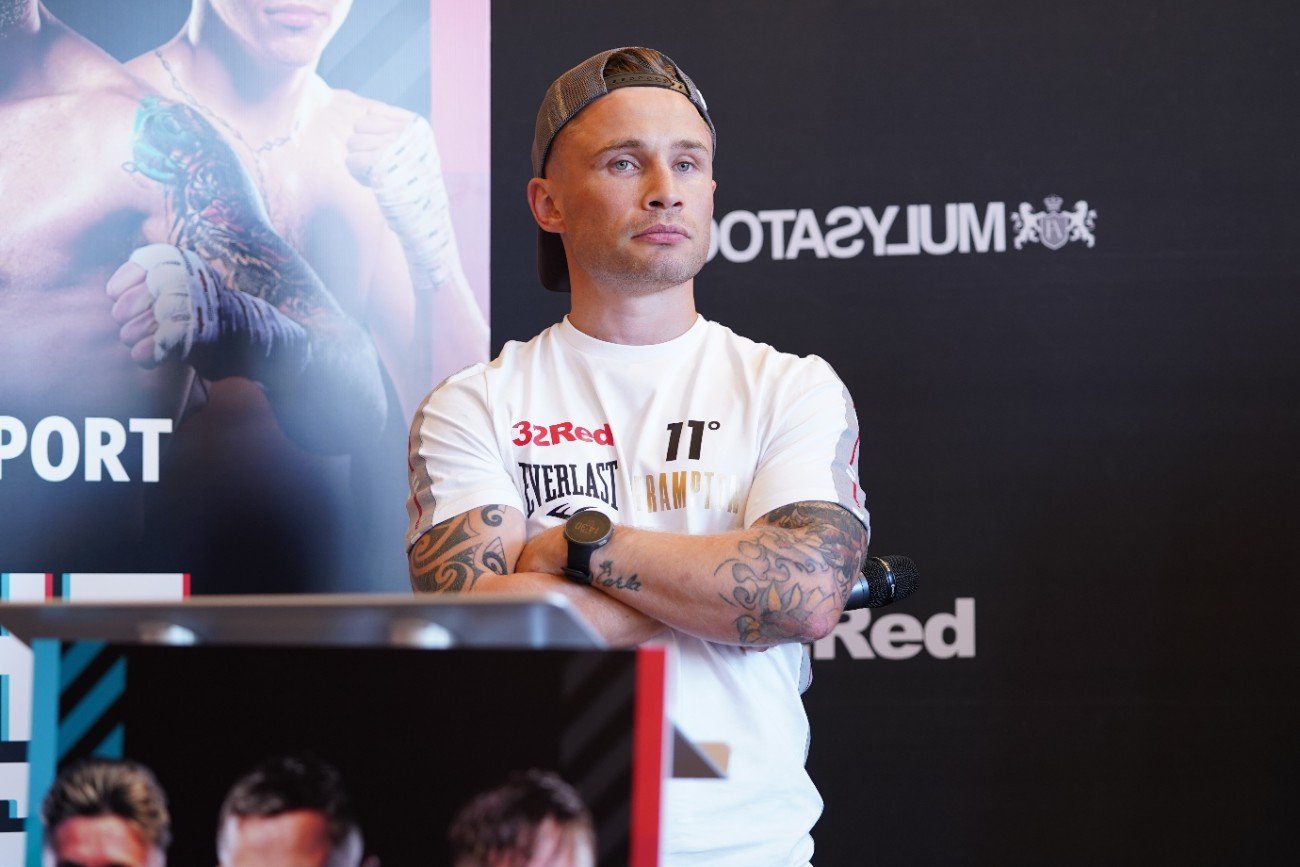 We’re hearing more about Stevenson ready to obliterate the winner of this fight rather than the actual fight itself, which tells you all you need to know about the value of the match.

There would be more interest in the Herring-Frampton match if Carl had actually worked his way to a title shot by beating some top contenders to earn the title shot.

Since moving up in weight to 130 in 2019, Frampton has beaten these two little-known fighters: Darren Trayner and Tyler McCreary. Is it asking too much of Frampton for him to earn a title shot the old-fashioned way by facing talented opposition?

Most boxing fans would probably agree with me that Frampton should have fought two or three of these fighters to earn a title shot against Herring instead of having it given to him:

Fans on social media wonder if the aging Frampton’s brittle hands can still handle the rigors of the sport. I mean, this wasn’t the first time former two-division world champion Frampton has had issues with his hands. 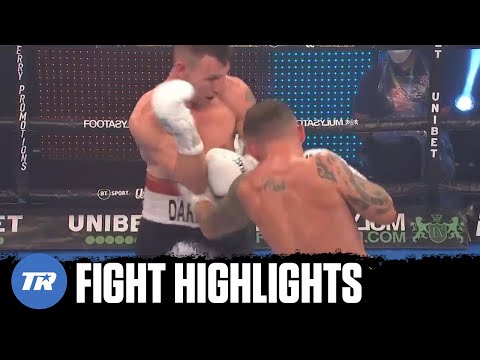 Herring (22-2, 10 KOs) is considered the weakest link among the champions at 130 in the view of many boxing fans. For his part, Frampton is seen as an over-the-hill fighter looking to capture a belt against the only guy he’s capable of beating.

Frampton would get a lot more attention if he chose to go after the best belt-holder at super featherweight in WBC champion Miguel Berchelt. Now that would show courage on Frampton’s part if he were to go after Berchelt.

But if Frampton did that, the chances are it wouldn’t be a storybook ending for him. Instead of Frampton winning his third division world title, he’d likely be knocked out in three rounds and be sent into retirement with a loss.

If you’re going for a third division world title, as Frampton is seeking to do, shouldn’t he be trying to fight the best instead of arguably the worst? I’m just saying. There are too many opportunists in boxing, and it’s much better when you see fighters that are willing to fight the best, even if it means they’ll potentially lose.

Look at the brave Ryan Garcia as an example of a fighter with courage. He’s willing to face the best at 135 in Gervonta ‘Tank’ Davis, and he even wants Manny Pacquiao. Why can’t Frampton do that? When fighters cherry-pick, the fans tune-out, and show no interest in watching their fights.

The Herring vs. Frampton fight venue is unchanged, with it set to take place at the Copper Box Arena, Queen Elizabeth Olympic Park, Hackney Wick.

“Sources tell me that the bout between WBO 130 champion, Jamel Herring, and Carl Frampton will be moved back a month to give Frampton extra time for his hand to heal. March 27 is a date being floated around…. #boxing, said @SteveKim323.

It looked like Herring was getting worked by Oquendo, and the referee did him a big favor in disqualifying Jonathan in the 8th round because of head-butts. If not for that, Oquendo was well on his way to stopping Herring.


« Devin Haney vs. Jorge Linares in the works for April 17th