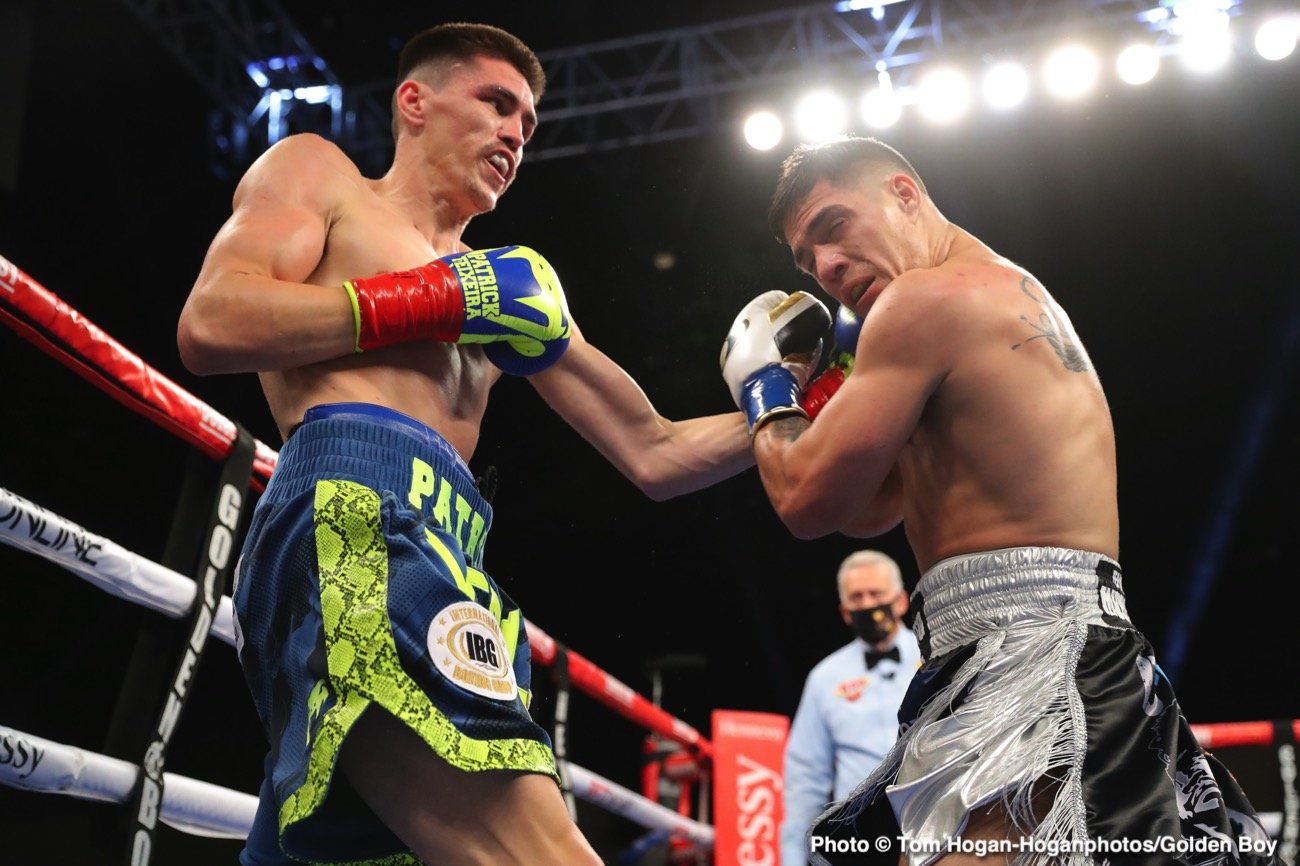 Tall 5’11 1/2″ Teixeira couldn’t keep the challenger Castano off of him, and he took a massive pounding for 12 rounds and barely made it through the final round without getting stopped.

The Argentinian Castano had Teixeira on the brink of being stopped in the 12th and was only by luck that he survived to hear the final bell.

Castano’s unrelenting pressure wore the 31-year-old Brazilian Teixeira down like an old clock. You could see Teixeira beginning to wind down starting in the 8th round. 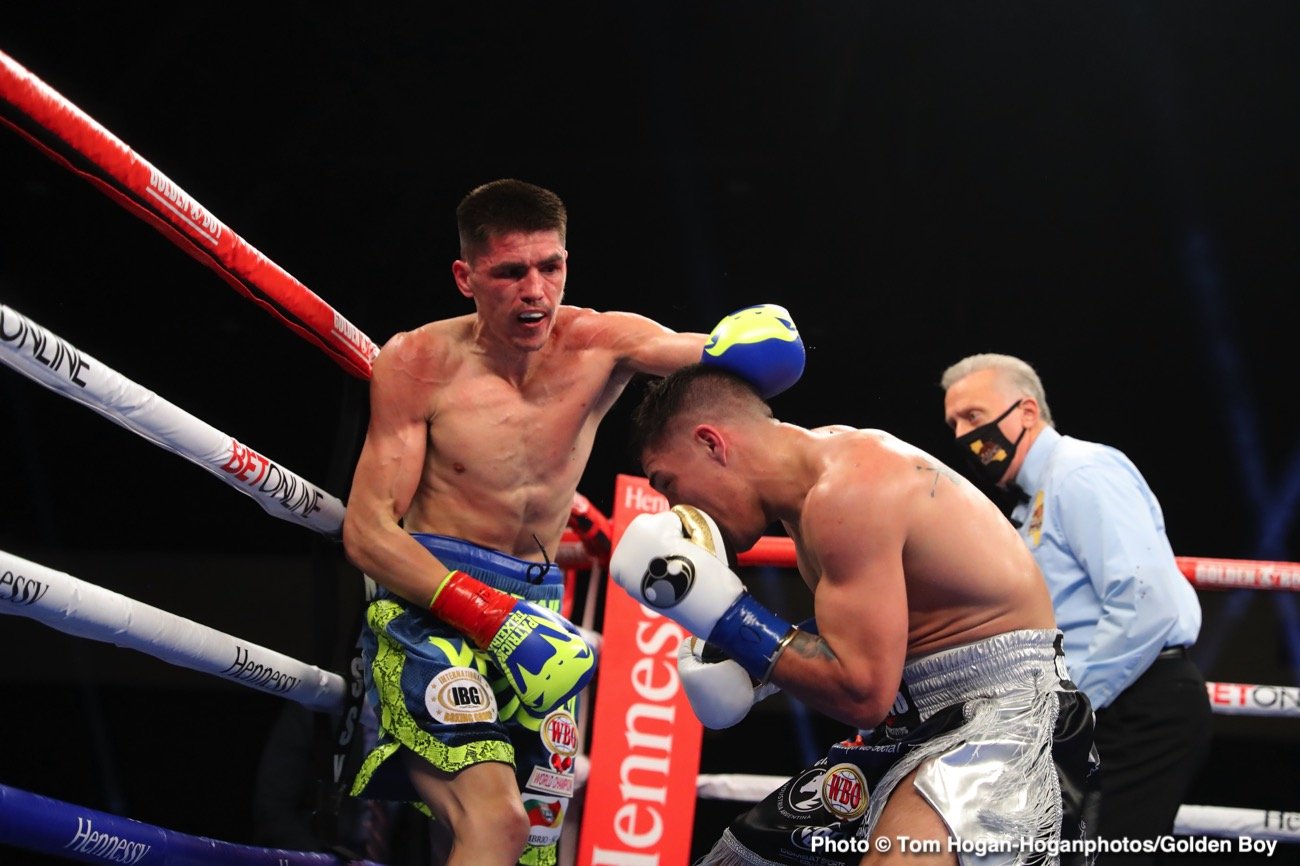 At that point in the fight, Teixeira was desperate because he was so far behind that he was forced to trade on the inside. Before that, Teixeira had been on the move, trying to stay away from Castano, but not doing a good job of it.

Castano’s performance was effectively his coming out party, showing that a new star is born for the 154-lb division. This guy is the real deal, and he looks unstoppable by anyone in the division.

“I am very happy. We did a great job with my team,” said Brian Carlos Castaño after the contest. “It was a good fight. We all mistakes, and I have to fix things here and there, but a fight is a fight.

“Each fight is different, and I understand that. I knew Teixeira very well going into this fight. He is very strong, and he has a lot of heart. He is a great [fighter]. This was one of the greatest victories of my career,” said Castano.

The oddsmakers got it right with them picking Castano as a heavy favorite ahead of time, as he was just too good for Teixeira from the very start. In the first half of the match, Teixeira used movement and tried to keep Castano on the outside.

Castano easily walked through the jabs and pot-shots from Teixeira to get in close, and punish him with counter-shots. On the inside, Castano focused on throwing a lot of punches and keeping Teixeira busy by forcing him to cover up.

Teixeira couldn’t get his shots off the way he had in his past fights because of Castano’s high work-rate, and that made the match impossible for him.

It was a mistake on Teixeira and his team’s part to take the fight to Castano on the inside starting in the 8th round because that led to him getting hit with a lot more shots.

Once Teixeira stopped running, Castano had him where he wanted him, and he unloaded with a storm of punches from rounds 8 through 12.

Castano ended up throwing 1136 shots in the fight, a number that you normally don’t see from fighters in the 154-lb division. With that many shots being unleashed by Castano, Teixeira never stood a chance.

He couldn’t match Castano’s high work rate, and there was no way he could keep him away. Castano’s ability to cut off the ring literally forced Teixeira to trade with him, and he didn’t have the punching power to hurt him. 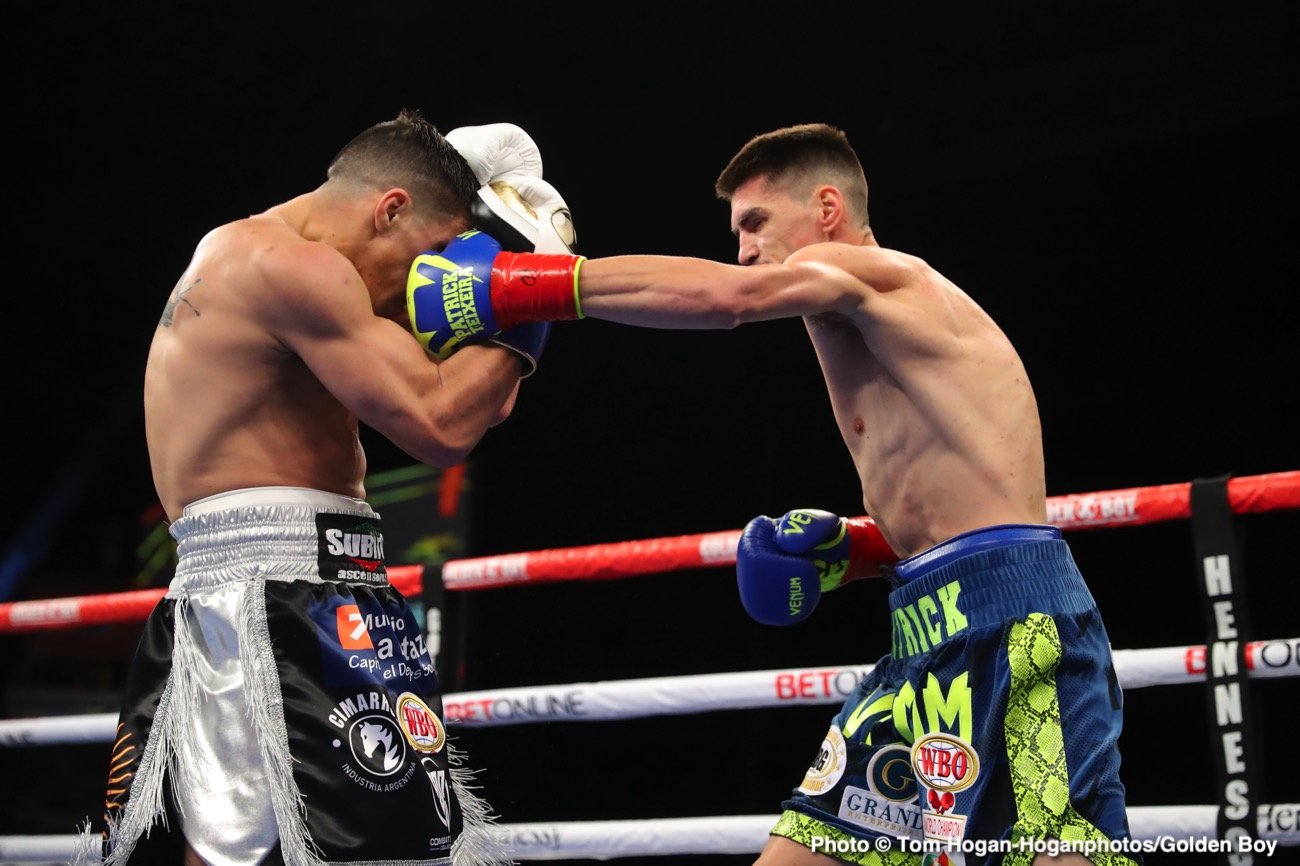 His punch resistance is top-notch, and Teixeira couldn’t hurt him with anything no matter how hard he tries.

The victory for Castano is going to open up a lot of opportunities for him to get important fights. Terence Crawford and Jermell Charlo are two possibilities for Castano to fight.

Additionally, Castano could soon be defending against some of these excellent contenders: Tim Tszyu, Bakhram Murtazaliev, Liam Smith and Jarrett Hurd.