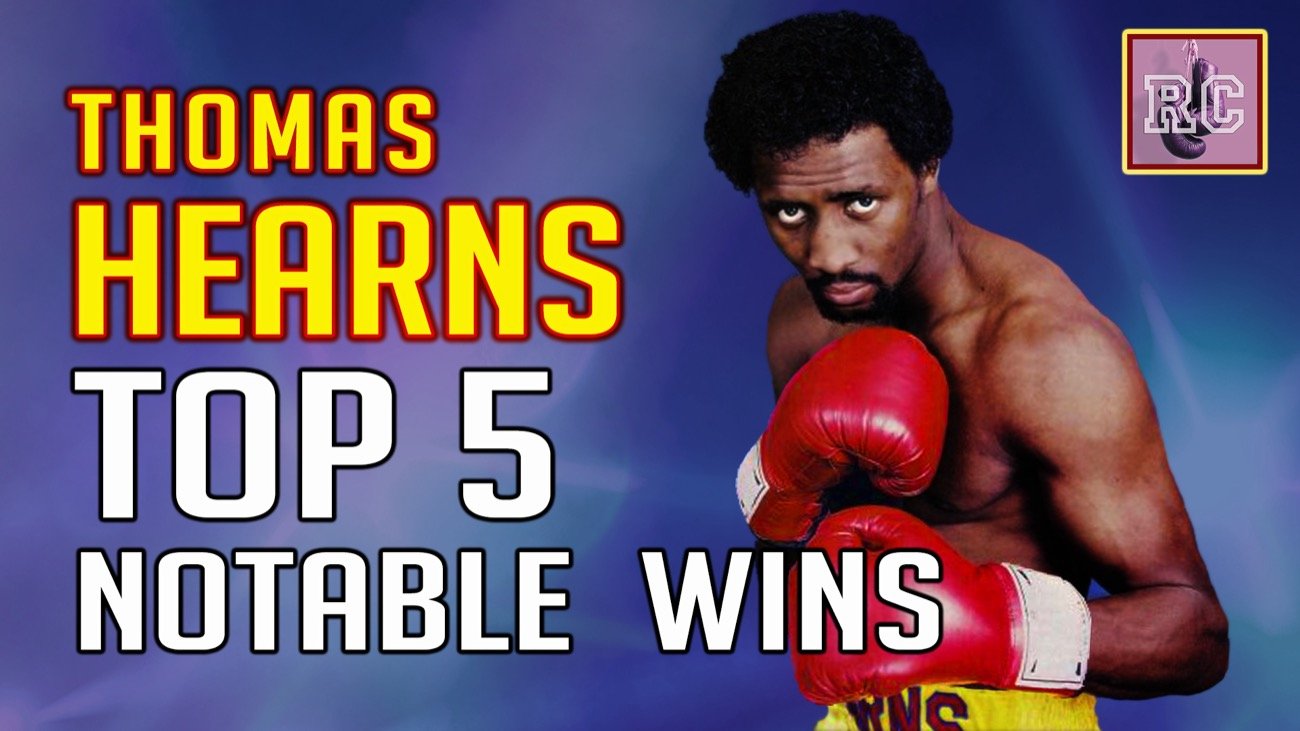 Former multi-division world champion Thomas Hearns is the featured boxer in this edition of the Top 5 Notable Wins series.

‘The Motor City Cobra’ was one of the greatest boxers in the rich history of boxing. He has won major world titles at welterweight, junior middleweight, light heavyweight, and middleweight. He also won the WBO title at super middleweight and also the less prestigious IBO belt in cruiserweight. Hearns became the first boxer in history to win major world titles in four different weight classes on October 29, 1987 when he defeated Juan Domingo Roldan by 4th round technical knockout to earn the vacant WBC middleweight belt.

The career of Hearns spanned nearly 30 years, from 1977 until 2006. During that time he was one of the most talented and exciting boxers in prizefighting. He had a tremendous jab, a monster right hand, and outstanding all around boxing skills with a superb ring IQ to match them. Despite an amazing and decorated career, in an ironic sense Hearns is best known for his tremendous efforts in fights he lost against Sugar Ray Leonard and Marvelous Marvin Hagler. Even in defeat, Hearns exhibited the heart and courage of a tremendous warrior. But despite being most famous for being involved in match-ups he did not win, Hearns is not without his fair share of sensational noteworthy victories at the elite level.

So what are the top 5 notable wins in the powerhouse Hall of Fame career of Thomas ‘The Hitman’ Hearns?

Determining the Top 5 most notable wins in a boxer’s career is not easy, and there will always be differing opinions. But this edition of Rummy’s Corner will attempt to answer that question all the same. To get one man’s opinion on the 5 most notable victories in the exciting career of ‘The Motor City Cobra’ Thomas Hearns, please watch and enjoy the video.