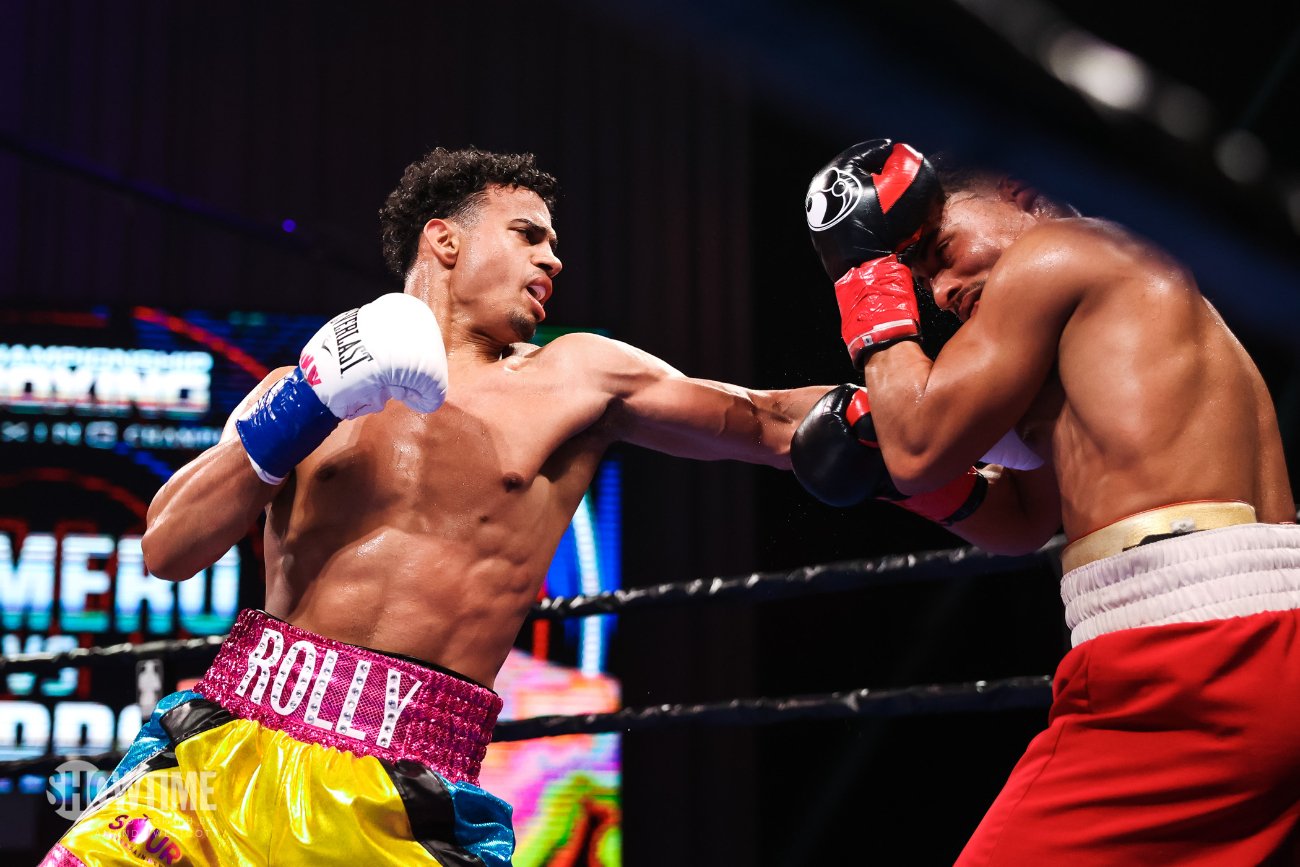 In the first fight of Showtime Boxing’s card, the 25-year-old Romero dropped Sparrow in the first round with a big left hook to the head. Romero continued to land massive shots against the over-matched Sparrow in rounds two through six.

In the seventh, the fight was halted due to Sparrow having suffered a leg injury after slipping on the canvas. It wasn’t a situation where Sparrow, 27, was hurt by a shot from Rolly. He injured his leg during a slip, and he wasn’t able to continue.

Rolly was ahead on the judges’ scorecards by the scores: 60-51 x 3. Those scores matched what Boxing News 24 had it.

Overall, it was a decent performance by Rolly who showed good punching power and talent. However, Rolly’s hand-speed and his defense looked a level below the top rung lightweights in the division.

Rolly’s hand speed wasn’t what it needs to be for him to compete against the likes of Vasily Lomachenko, Teofimo Lopez, Devin Haney, or Ryan Garcia.

What this writer didn’t like about Rolando Romero was how he was getting hit cleanly by Sparrow with shots that were knocking him off balance. Rolly’s lack of speed and defense made it easy for the faster fighter Sparrow to catch him with shots repeatedly.

After a while, Rolly looked tentative when throwing his punches because he knew he was going to get hit with something by Sparrow on his way in.

You could throw in Luke Campbell, Jorge Linares, Javier Fortuna, and Richard Commey as fighters that more talented than Rolly at this point in his career. 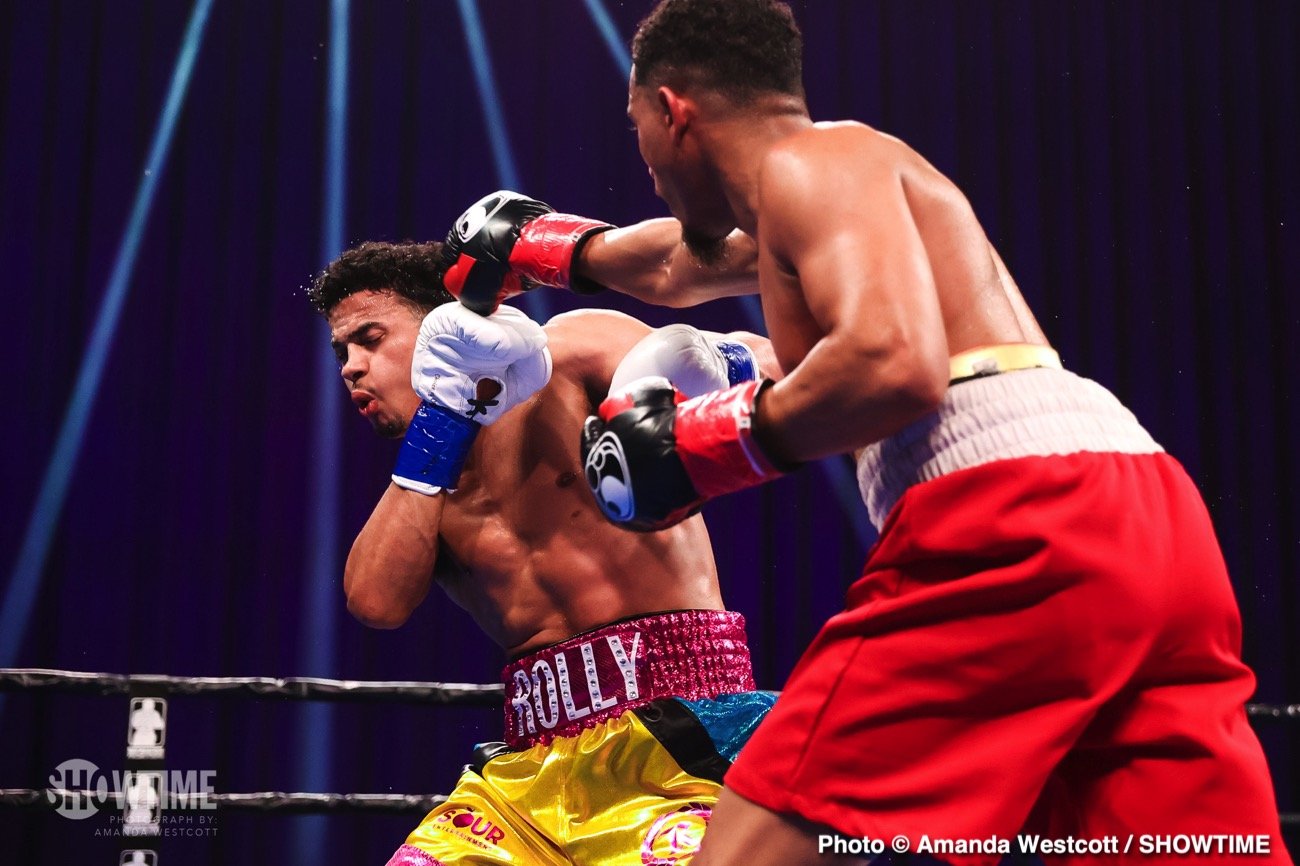 After the fight, WBC lightweight champion Devin Haney had this to say about Rolly on social media:

Rolando has been calling out Haney lately, wanting to challenge him for his WBC title. It’s obvious from watching Rolly last night, he’s not ready for that fight, and it’s unclear when he ever will.

“With Sparrow, he fought like a coward,” said an oddly bitter Rolly after the fight at the post-fight news conference. “He knew he wasn’t going to do anything to me, he was frustrated and he couldn’t do anything to me.

“It came down to a bunch of low blows. He hit me behind the head and tried to wrestle me, take me down. When they took away the points, he was hurt again, and he’s lucky they stopped it,” Romero said.

“At the end, I made him quit. I made his corner quit,” said Rolly. “He fought like a coward, and I out-boxed him. I thought he was out [in the first round], but he survived. 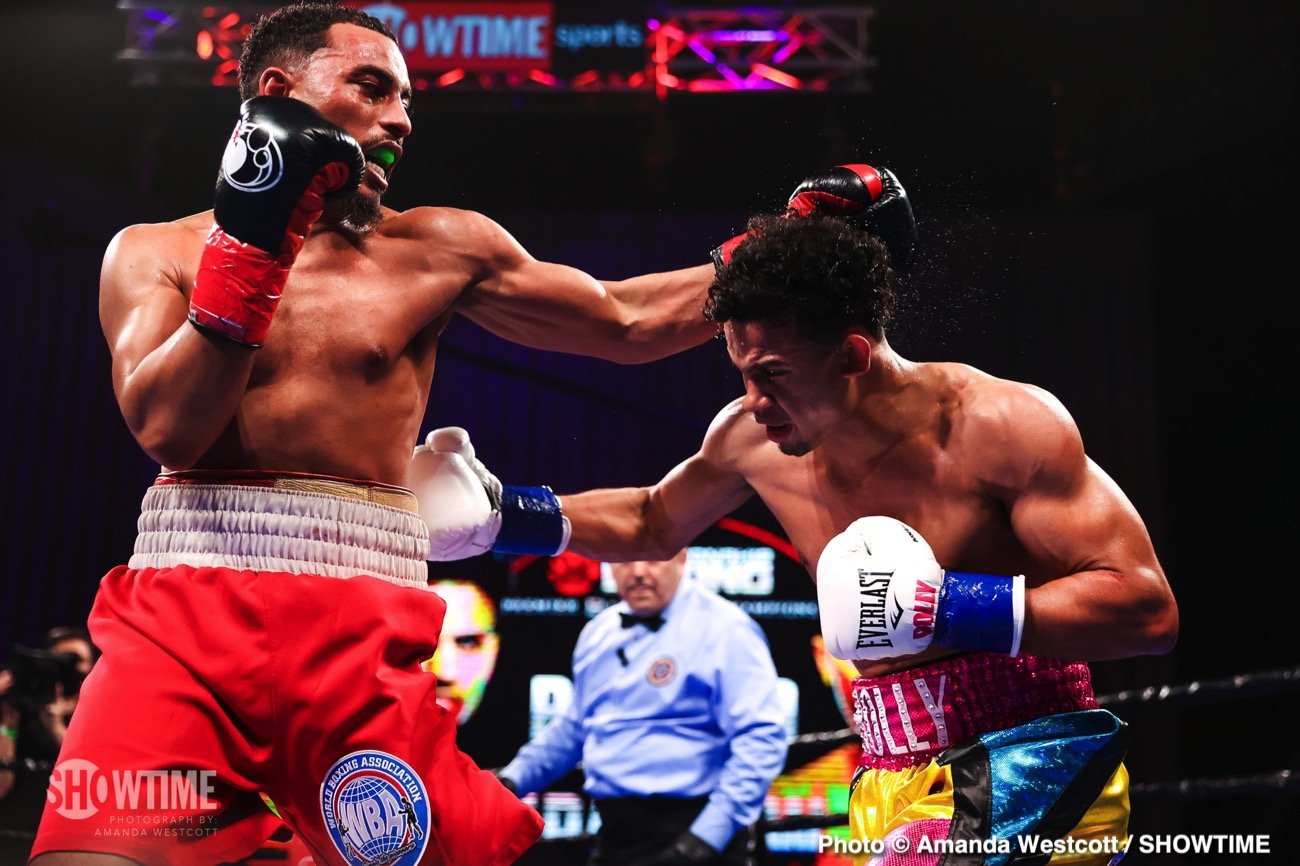 “I want that WBC belt, that’s what I want,” said Rolando in making it clear that he’s targeting Devin Haney’s WBC 135-lb strap.

It would be smart for Mayweather Promotions to keep Rolly Romero away from any of the talented 135lb fighters right now because he’s not ready for any of them, least of all Devin Haney.

Romero not ready for Haney

What we saw from Rolly in his previous fight in defeating Jackson Marinez by a highly dubious 12 round decision last August showed his level. Rolly isn’t performing like a top five-level lightweight at this time.

Interestingly, Rolly’s resistance to giving Jackson a rematch gives ammo to his many detractors, who see him as a guy that is well-connected but not talented enough to compete with the best.

It’s unlikely that Haney will throw Rolly a bone by giving him a fight, as he’s not among the elite class of lightweights that he’s targeting. Haney wants Ryan Garcia, Teofimo Lopez, Gervonta ‘Tank’ Davis.

Rolando is more of a well-connected second-tier fighter, who might be nowhere if not for his promoters at Mayweather Promotions. As the saying goes, ‘When you stand on someone’s shoulders, you can see far.‘