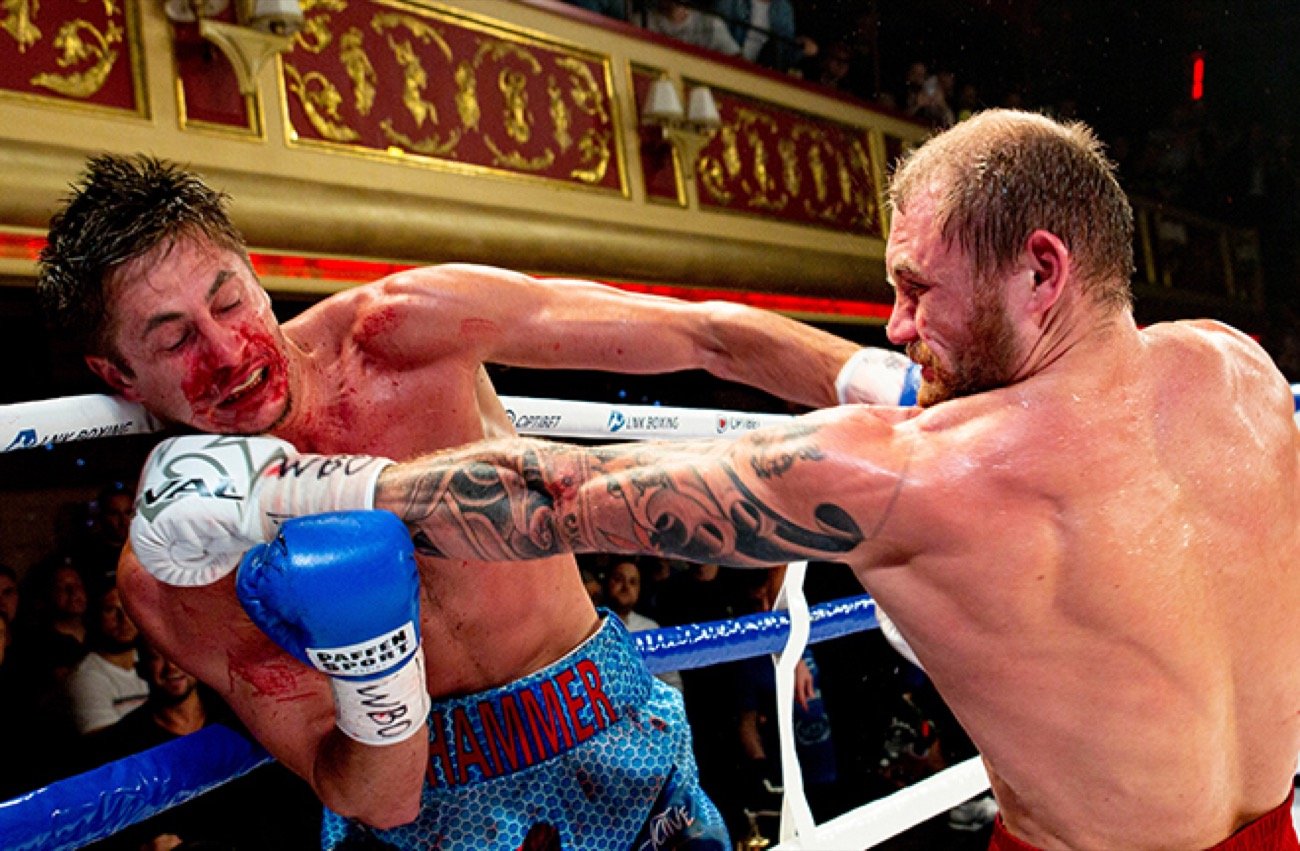 WBO European Light Heavyweight champion and recent MTK Golden Contract winner Ricards ‘The Lion’ Bolotniks (18-5-1) has enjoyed unthinkable success in 2020. After an inconsistent run at cruiserweight, the Latvian lion is now 7-0 since his move to 175 pounds, claiming the Eurasian Boxing Parliament and WBO European titles in the process.

An explosive 1st round knockout victory over Steven Ward followed by victories over Hosea Burton and Serge Michel to win the MTK Golden Contract, Bolotniks has come out of nowhere to be a real contender in the light heavyweight division. Sitting at #7 in the IBF and WBO world ranking system the inform Latvian clearly had his eye on more British blood.

“The fight between (Anthony) Yarde and Lyndon Arthur were pretty sad and boring to be honest with you! I have no idea what they were doing for the first half of the fight. Arthur just needed an average jab to win it, I really couldn’t believe what I was watching.

“I would love to fight Lyndon (Arthur) next, I win that fight! Maybe he has a rematch with Yarde, well then I will face the winner. These two need somebody to give them a real fight. I can take both these guys out! Look at my fights compared to those of Yarde and Arthur, mine are much better. I think a fight with me and any of these guys will be very short.”

With Callum Smith’s impending introduction to the 175 division, British options are plenty with the likes of Callum Johnson and Joshua Buatsi providing some real depth in the UK at light heavyweight. Bolotniks gave his opinion on other potential British fights for the man from Riga.

“There are some really good fighters in Great Britain. Joshua Buatsi and Callum Johnson are both really good fighters too, I would jump at the chance to come back to England and fight any of them. But Lyndon Arthur would very nice because he has the WBO Inter-Continental belt and then I can add that to my European title and get a shot at one of the world champions after. That would be the next step I think.”

The rise of Bolotniks from part-time boxer/barman to a real contender at world-level is remarkable. Management powerhouse MTK Global working alongside Riga based outfit LNK Boxing will be guiding the career of the likeable Latvian as he looks to British and beyond!

“You know I have been thinking about some of the world champions recently. The likes of Dmitry Bivol and Artur Beterbiev are great fighters and champions, it is funny actually because I was looking at the rankings when they came out recently and realised they will be thinking about me now. I would welcome fight with any of these great champions. Soon they may have to fight me if I can keeping climbing the rankings.”

Despite the longing to fight against some of the well known names in the UK, Bolotniks was earmarking a return to Riga in the near future.

“I would love to keep bringing big fights to Riga. We have been doing it for a while now with World Boxing Super Series and the fight with Hosea Burton. I love my home, Riga is a great city and fighting in-front of my own people does mean a lot to me. To bring one of the British guys to Riga again would be pretty special.”

With the devastating form Ricards Bolotniks has shown recently paired with the introduction of MTK Global, 2021 could see big opportunities arise for the Latvian lion in his search for world glory.