Floyd Mayweather Jr vs. Logan Paul rumored to be postponed 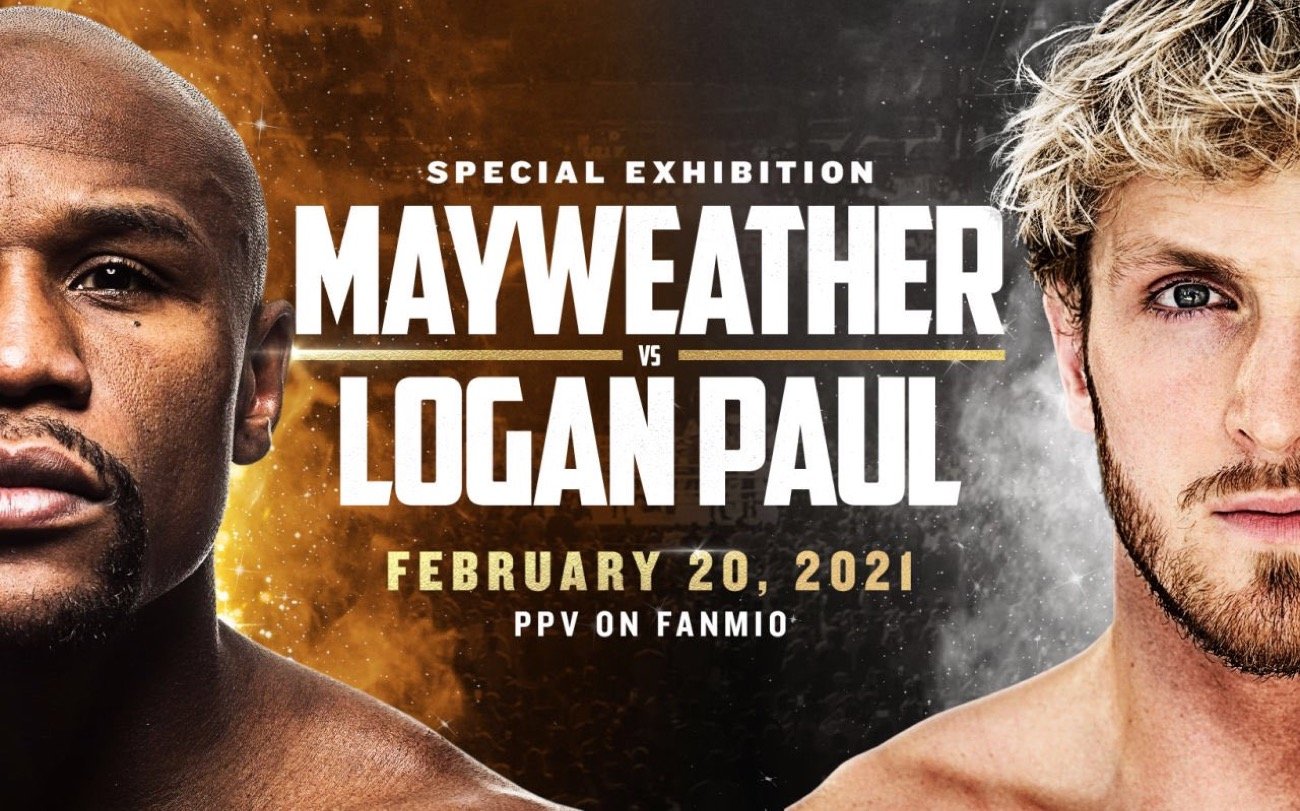 By Barry Holbrook: Floyd Mayweather Jr vs. Logan Paul exhibition match has reportedly been postponed for February 20th. Fanmio, the organization that is putting on the Mayweather – Paul event, hasn’t confirmed the news.

The 43-year-old Mayweather was supposed to be coming out of a three-year retirement to take on the Youtube star Logan Paul is 0-1 as a professional.

According to Mirror, the between Floyd and Logan isn’t being canceled. It’s being moved to a later date. Just how much later is unknown.

With a month to go before the February 20th date for the Mayweather vs. Paul exhibition match, there’s been minimal talk about it on social media.

The fans have been largely indifferent about the Mayweather vs. Logan match, and many have ridiculed it. They feel that it cheapens the sport.

You got to question Mayweather’s decision-making in choosing YouTuber Logan Paul as his opponent for an exhibition match. Mayweather might not have realized when he made this fight how fans would react to it.

Logan, 25, has fought once as a pro, losing to fellow YouTuber KSI [also known as Olajide William Olatunji] by a six-round split decision in November 2019 in Los Angeles. The fight was sanctioned as a pro match despite neither fighter having a background in boxing. 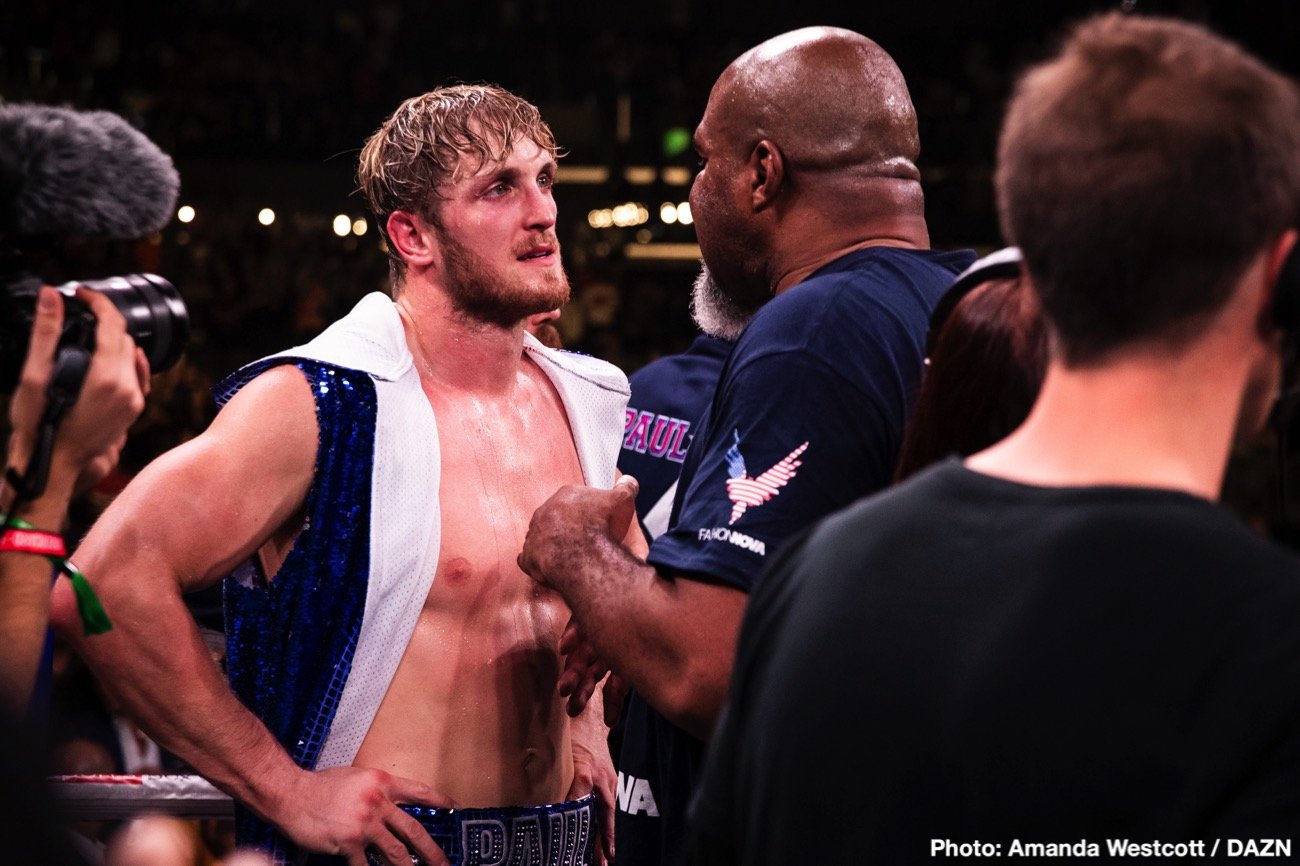 Obviously, it would make sense to schedule the exhibition after the pandemic end when things have returned to more or less normal.

The 43-year-old former four-division world champion Mayweather last fought three years ago in defeating Tenshin Nasukawa by a first-round knockout in 2018 in an exhibition match. Floyd made $9 million for that one-round wipeout of the Japanese kickboxer.

In ‘Money’ Mayweather’s last professionally sanctioned fight, he stopped UFC star Conor McGregor in a tenth round knockout in August 2017. Mayweather (50-0, 27 KOs) made $300 million, while McGregor, who was making his pro debut, pulled in $100 million.

There was a lot of criticism from boxing fans for the Mayweather-McGregor fight being sanctioned as a professional fight, given that McGregor had never boxed before.

Nevada sanctioned the fight, but many people thought it should have been an exhibition, as it made the sport of boxing look like anyone could step in and face the best.

With the McGregor fight being sanctioned as a professional contest, Mayweather broke Rocky Marciano’s record of 49-0 without taking a risky fight. If the fight hadn’t been sanctioned, Mayweather would still be tied at 49-0 with Marciano.

Like the NFL, NBA, or NHL, other sports would likely never agree to a non-pro team being allowed to play in a professional match that counted on their season record.

The Mayweather vs. Paul exhibition match’s price is cheap for fans who purchase the event early, which initially sold for $24.99. Currently, the fight is being sold for $59.99, according to the Fanmio website, and it’ll increase to $79.99 beginning on February 11th.

Of course, if the Mayweather – Logan exhibition has been postponed, then we could see a whole new price point for when it’s rescheduled.

In terms of competitiveness, the fight doesn’t shape up to be a competitive one. Logan looked terribly poor in his pro debut against KSI in 2019, gassing out after one round, looking like he required oxygen at times.

Mayweather will likely pick Logan apart and knock him out quickly in a one-sided fashion. Although many boxing fans believe that Floyd will carry Logan a large portion of the fight so that people don’t feel ripped off. 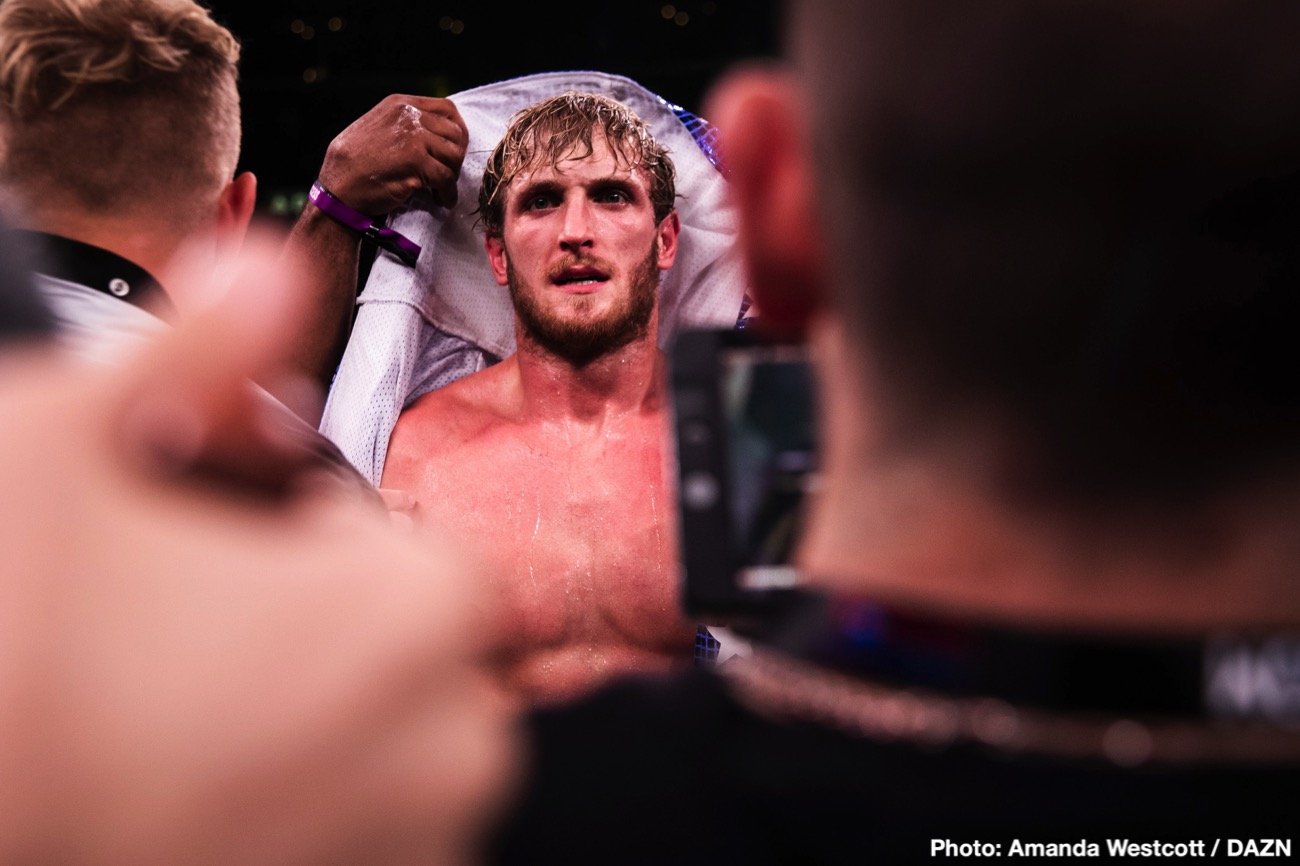 That’s how Floyd’s fight with McGregor played out. Mayweather fought slowly, not pushing the attack against McGregor and seemingly allowing the UFC star to have his moments and be competitive.

Boxing fans wouldn’t mind seeing Mayweather come back for a rematch against Manny Pacquiao. That’s a fight that would sell big time, and there wouldn’t be the backlash that Mayweather has been receiving since the announcement of his exhibition match against Logan Paul.

Some would argue that Mayweather is afraid of having his perfect 50-0 record tarnished, as he’s arguably too rusty from inactivity to defeat the 41-year-old Pacquiao, who is still fighting at a high level.

« Andre Ward rather face Joshua over Canelo in comeback