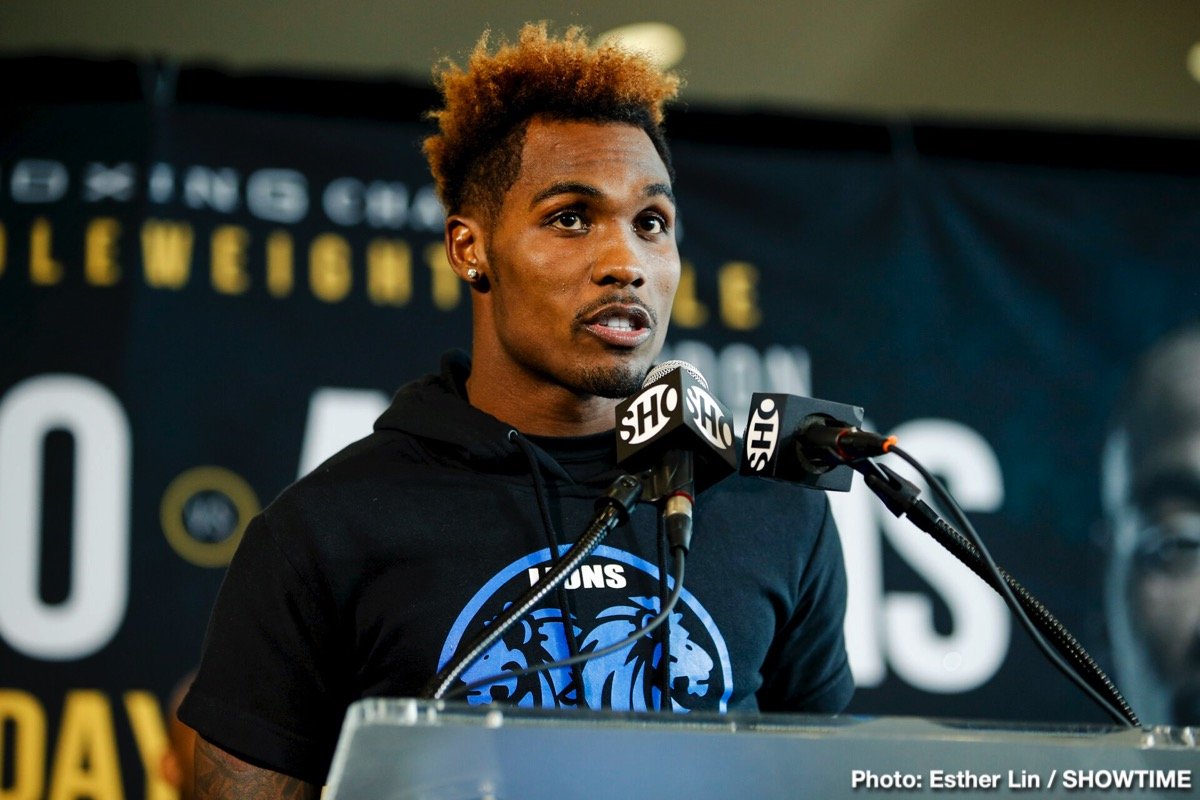 By Sean Jones: Bernard Hopkins says he wants Canelo Alvarez and Jermall Charlo to fight right now, and no other fight matters. Bernard states that his reasons for wanting this fight aren’t because Canelo (54-1-2, 36 KOs) is no longer with Golden Boy Promotions.

Hopkins wanted the Charlo – Canelo fight even when Alvarez was with Golden Boy, and he wants it now or soon.

Charlo needs to move up to 168, but he likely is waiting until he hears whether Canelo will fight him. It’s useless for Charlo to go up to 168 if he’s doing to be dodged by Canelo or ignored like we’re seeing him do with David Benavidez.

Will Canelo fight Jermall if he moves up?

That guy might as well be fighting in another division altogether than Canelo because he’s not even in consideration for Alvarez’s fight in the 168-lb weight class.

If Jermall moves up to super middleweight, who’s to say that Canelo doesn’t ignore him too? Its obviously easier for Canelo to take soft touches like Billy Joe Saunders, Caleb Plant, and Avni Yildirim than for him to risk his hide taking on Jermall or Benavidez.

Canelo is too busy pursuing his shallow goal of becoming the undisputed champion at 168 to look Charlo or Benavidez’s way. Obviously, those guys are major talents, but they’re not holding any of the titles currently at 168.

If they were, there’s a good chance Canelo wouldn’t be bothering to try and become the undisputed champion in that weight class. The risk of Canelo losing to one or both of them would be too high.

Canelo needs to take on a talented fighter like Charlo because he’s hurting his popularity with his empty goal of unifying the 168-lb division against the little known champions.

It would be a worthy goal for Canelo to unify the super middleweight division if the champions had a large following and were well thought of by the boxing public, but that’s not the case.

Where’s the gain for Canelo?

If Jermall and David Benandez were two of the champions at 168, it would make sense for Canelo to unify But against the mediocre bunch that holds titles in the weight class, Canelo is wasting his time challenging weak paper champions.

Canelo has already burned through one fight against a weak champion in Callum Smith, and now he’s planning on defending the new WBC 168-lb belt against mandatory Avni Yildirim in February, who hasn’t fought in two years and is coming off of a loss.

Once Canelo gets done with that useless fight, he’ll go after the two remaining champions at 168 in Billy Joe Saunders and Caleb Plant. Neither guy is well known and well thought of.

What’s hard for many boxing fans to believe is Jermall Charlo (31-0, 22 KOs) and Canelo are both the same age. Indeed, Charlo is five months older than Canelo, and he’ll be turning 31 in May.

Canelo started his career three years earlier than Charlo in 2005, and he’s had 26 more fights. Besides the sheer number of fights, Canelo has fought better competition, which has helped his popularity.

Canelo was popular even before he started fighting notable opposition. He’d gained a lot following in Mexico fighting lesser opposition. 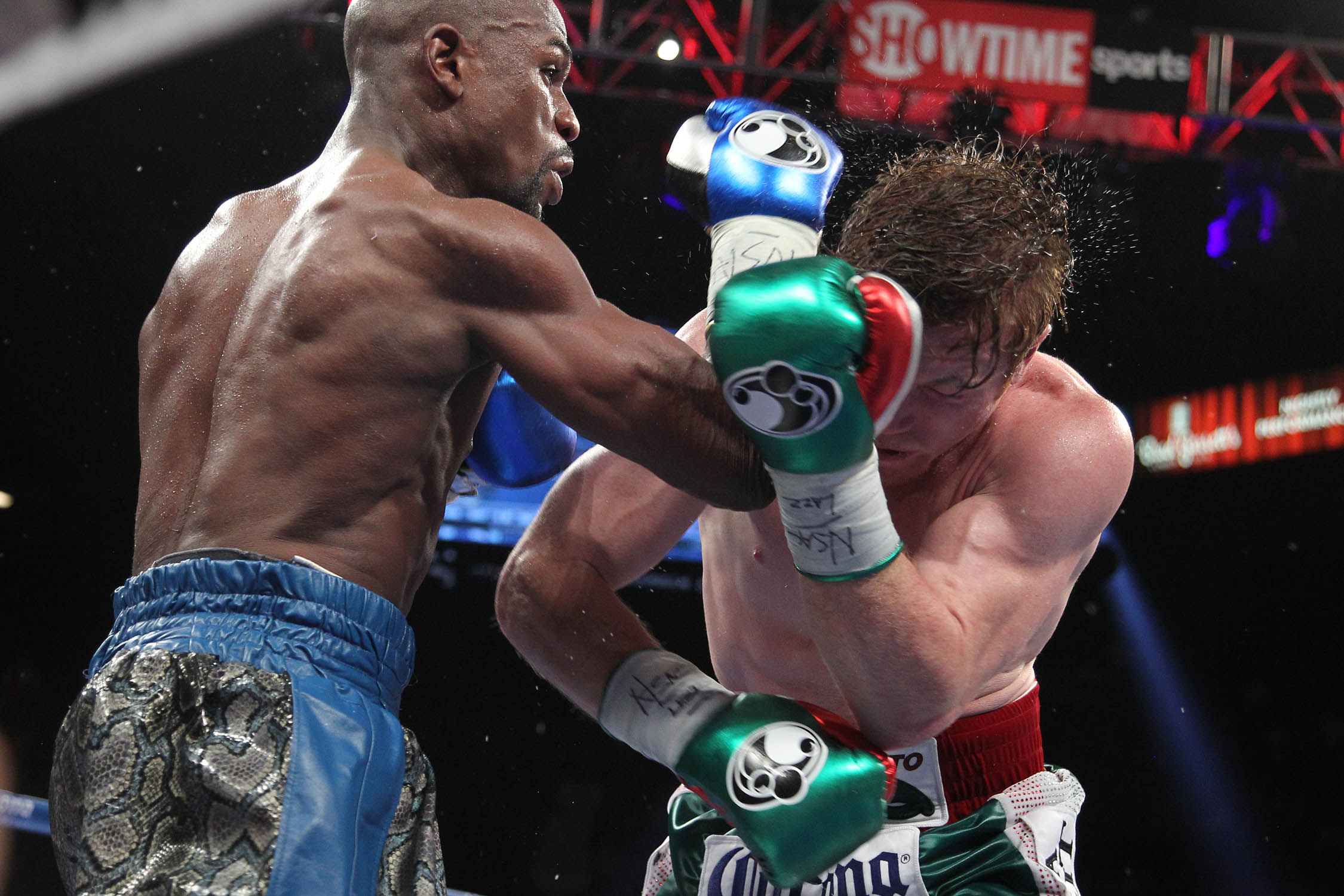 So when he transitioned over to fighting in the U.S against guys like Jose Miguel Cotto and Carlos Baldomir, he already had a huge amount of hype without ever having fought anyone of note. 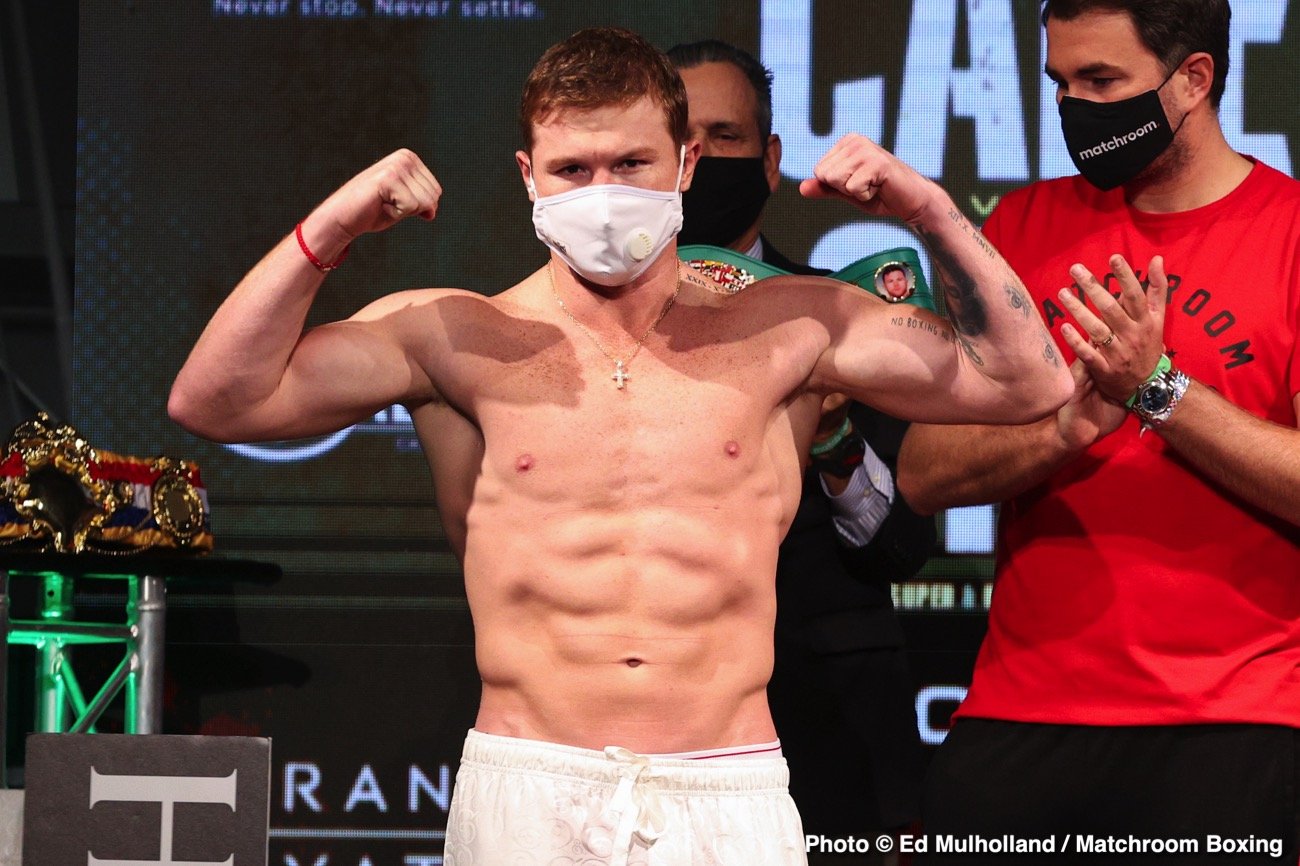 “The reason I say a year and a half is not because neither guy is ready. It’s the politics first. See, the politics got to get on the same page first, and then the fight happens on both sides.

“So hopefully, the politics don’t take too long on both sides, and then we can see one of those Roberto Duran and Sugar Ray Leonard.

“When you’re going up a young whippersnapper in a respectful way that can fight his a** off in many ways and is hungry, on paper, you got to give this fight a razor-close edge to Canelo on paper.

“But there’s always the suspicions of oddsmakers, reporters, and experts looking at Jermall Charlo’s learning process where he became his confidence.

“You seen him grow, I seen him grow. Has this pandemic for a 30-year-old fighter or late 20s, that seems young, but this year a lot of people have been sitting down,” said ‘The Executioner’ Hopkins.

It’s too bad that Hopkins wasn’t more vocal about having Canelo challenge Jermall when he was still with Golden Boy. Now that Canelo has left the company, it makes Hopkins look like he’s salty.

Boxing fans have wanted Canelo to fight Charlo and his brother Jermell for a long time, but he’s not shown interest.

Is it because the Charlos are too talented for Canelo? It could be. Canelo also hasn’t looked Demetrius Andrade’s way, and he’s another guy that would be a tough fight for him.

Canelo has the experience advantage

“You’re talking about the mentor; you know I’m the master when it comes to this,” said Bernard n wanting to see Canelo and Charlo fight.

“Who is going to survive this in any weight class, especially in the middleweight division? It’s who can make those adjustments despite this pandemic and fight like it wasn’t.

Whoever takes 21 and establishes themselves like they haven’t take a fight off since 2019.

And 20 came, and it went with no activity from 70% of the boxing community. 21 is going to have people that are supposed to be there not there because of the year.

There’s mental, and there’s physical. That’s why the fight with Jermall Charlo and Canelo Alvarez is so even up to a point. The experience has to go to Canelo.

“The achievements up to now has to go to Canelo. That’s there. You can’t even dispute. It is what it is,” said Bernard.

Yes, Canelo does have an advantage in experience against Charlo, but that doesn’t mean anything. We just saw Charlo dominate an outstanding fighter in Sergiy Derevyanchenko last September.

Active fighters will have an advantage 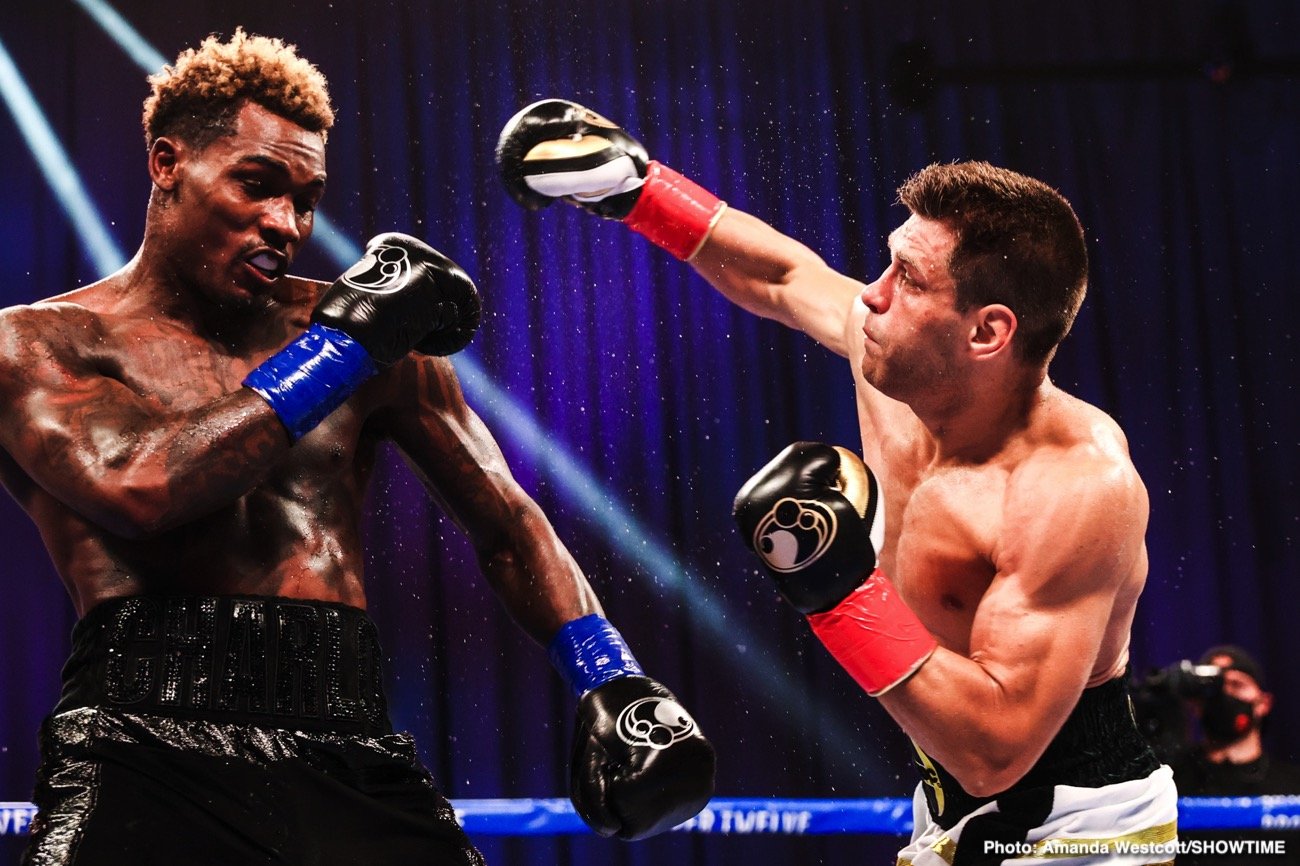 “After a while, we’re not going to buy that, but that’s something you can sympathize with because we’re all digging ourselves out of a hole.

“They ain’t going to be able to start that engine and perform like they used to perform prior to being sat down for nine or ten months out of this year if they didn’t do more than one fight in 2020.

“That’s not good, man, and that’s nobody’s fault. But that’s going to play in the hands of a lot of big fights that are going to come up. A lot of [fihters] that are supposed to win won’t win.

“I see you nodding your head. You got the bobble drawn down. I’d like to see these fights because I’m talking about a fan now but as an ex-fighter, legend, and Hall-of-Famer.

“These fighters aren’t even under Golden Boy. I’m not being biased, but these are fights that need to happen,” said Hopkins.

It’s good for Canelo’s sake that he got a fight last December against Callum Smith because he would have been inactive for over a year.