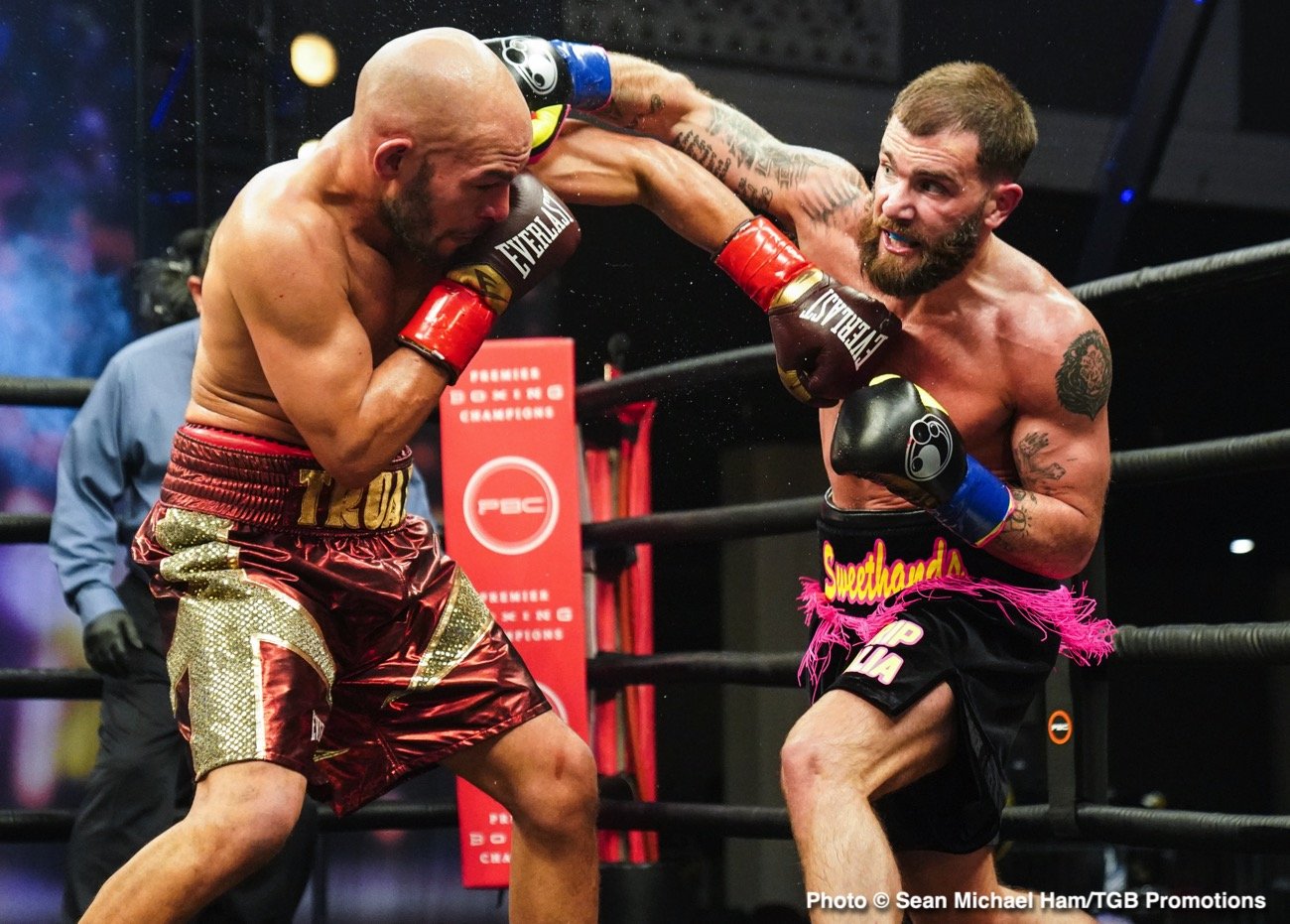 By Max Seitelman: Caleb Plant was too good for his over-matched opponent Caleb ‘Golden’ Truax in beating him in a dominant fashion tonight. Plant scored at will with single shots and looked on point. This was Plant (21-0, 12 KOs) at his best in pitching a shutout 12-round unanimous decision by the scores: 120-108, 120-108, and 120-108. The fight took place at the Shrine Auditorium in Los Angeles.

Plant may have injured a hand during the course of the fight, and that might explain his inability to finish off Truax. Any of the top 168-pound fighters in the division likely would have knocked Truax out within four or five rounds.

The best thing that Plant had going for him tonight was his jab, which is arguably in the division. Plant was shooting his jab out like a machine gun, firing repeatedly in succession.

The win for Plant was the first part of his two-fight goal of becoming the undisputed 168-lb champion. Now all he needs is to defeat Canelo Alvarez to become the four-belt champion at super middleweight.

It’s still too early, though, to know if it will be Canelo that faces Plant. Canelo has two fights ahead of him this year against Avni Yildirim and Billy Joe Saunders.

If Alvarez wins those fights, he and Plant will fight in September. If Canelo loses to one of those guys, he’ll almost surely fight them in an immediate rematch. He’s too popular for them to move on without giving Canelo a second fight.

The speed difference between the 37-year-old Truax and 28-year-old Plant was noticeable from the opening seconds of the contest. Plant had much quicker hands, which enabled him to land his jabs and single shots at will.

What was disappointing though was the robotic, mechanic manner in which Plant fought. Plant looked mechanical, like a wind-up toy soldier with the way threw punches, and he seemed to lack the fluidity that you expect from a world-class fighter. That might be one of the reasons why Plant didn’t go for the knockout.

“I kind of hurt my hand early in the fight. I was a little hesitant at times, but I feel like I put on a great performance,” said Plant.

Despite dominating Truax in every round, Plant never put his foot down on the accelerator to try and score a knockout over Truax. I think it’s easy to see why. Plant’s ability to get out of the way of shots when he was delivering his single pot shots left a lot to be desired.

Plant was too mechanical when throwing, and it made it easy for ‘Golden’ Truax to tag him with hard right hands to the head. If Plant had thrown combinations like normal fighters do to try and KO Truax, he would have been wide open to getting hit hard.

Against Canelo, Plant is going to have to do something to throw more punches because he’s not going to beat the popular star with his low punch output. Plant will have to depend on his jab and movement to control Canelo the way that Floyd Mayweather Jr did. 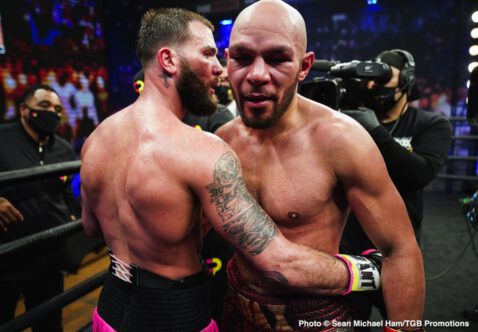 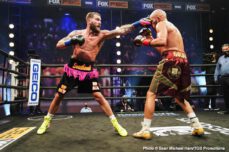 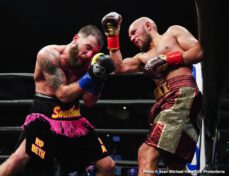 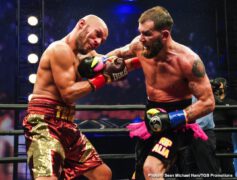 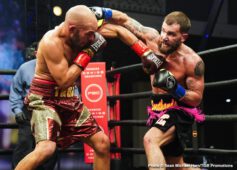 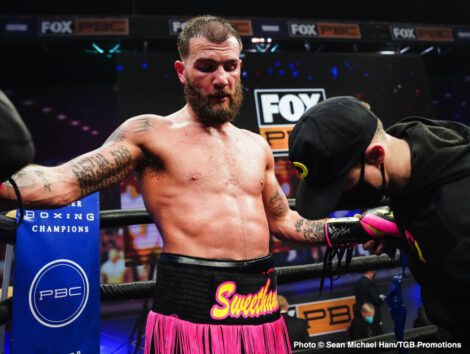 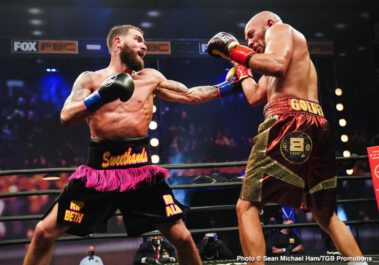 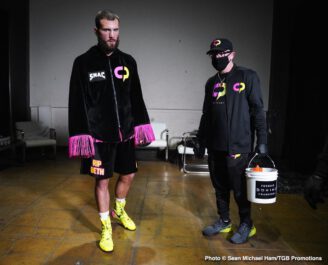 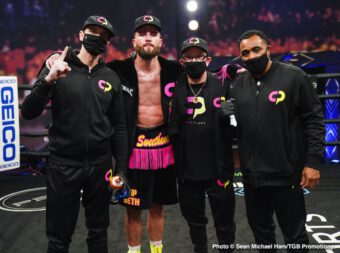 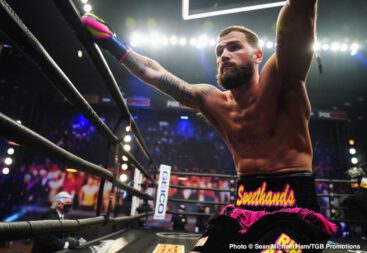 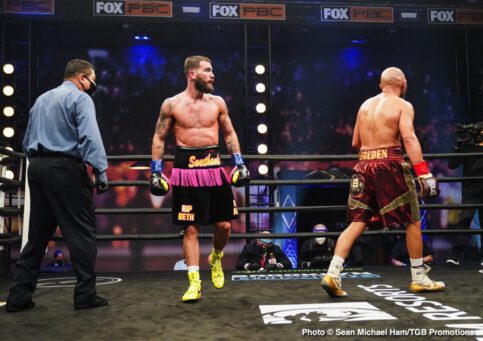 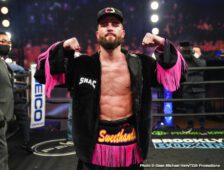 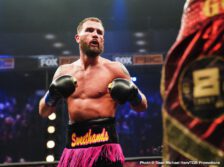 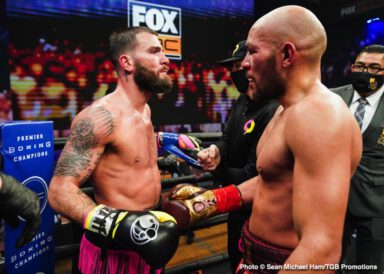 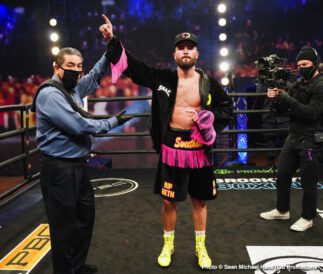