Tim Tszyu expected to face Teixeira vs. Castano winner in 2021 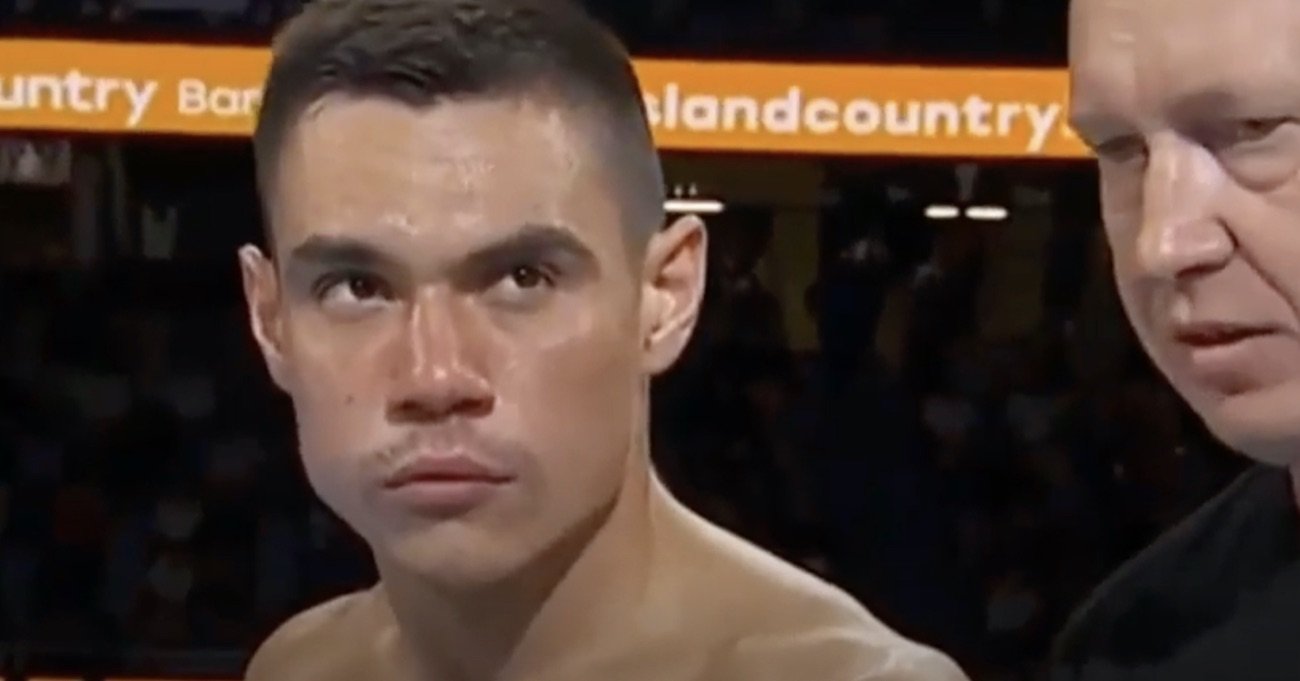 By Jeff Aronow: After just four years as a professional, Tim Tszyu is poised to fight for a world title in 2021 against the winner of the February 13th fight between WBO junior middleweight champion Patrick Teixeira and Brian Castano.

The unbeaten #2 ranked WBO contender Tszyu (17-0, 13 KOs) will be making a huge step up in class in facing the Teixeira – Castano winner, and he may not be ready.

Tszyu hasn’t fought anyone remotely good enough to get him ready for the likes of Castano or Teixeira.

Tszyu is coming off a first-round knockout win over a woefully over-matched Bowyn Morgan last week on December 16th in Australia.

If this was supposed to be the opponent to prepare Tszyu to fight the winner of the Teixeira vs. Castano fight, it’s a fail. Tim should have fought a top contender in the World Boxing Organization’s rankings to get ready for what he’ll be dealing with against Castano or Teixeira.

Does Tszyu have the experience yet as a pro?

Throwing the 26-year-old Tszyu against Teixeira or Castano could be asking for big trouble, considering that the Australian fighter hasn’t fought anyone comparable to those fighters during his short pro career.

Tszyu, the son of former IBF/WBA/WBC  light-welterweight world champion Kostya Tszyu, hasn’t gotten the experience needed at the pro level to take on fighters like Castano or Teixeira.

Kostya Tszyu turned pro after a long amateur career in Russia, which included him competing in the 1988 Olympics and 1991 World Championships.

The explosive Kostya finished his amateur career with an outstanding 259-11 record. Although not as good as the great Vasily Lomachenko’s record of 396-1, Kostya still did quite well in the amateur ranks and was well-prepared for when he turned pro in 1992.

In comparison, Tim Tszyu had an abbreviated amateur career, finishing with 33-1, but not fighting the type of guys his famous father Kostya did to pick up experience.

To get Tim ready for a title challenge against Castano or Teixeira, he needs to beat someone like Tony Harrison, Jeison Rosario, or Jarrett Hurd.

You can argue that those types of fighters aren’t adequate preparation to get Tszyu ready to fight for a world title in 2021. Fighting those guys would get someone ready to compete on a European level, but not a world title.

Granted, WBO champion Teixeira is viewed as the weakest link by far of the three world champions at 154 right now, but he still has excellent talent.

The tough Argentinian Castano is likely to defeat Teixeira on February 13th, and it could be a mismatch. Castano has a lot of talent and he’s been in there with some of the best in the division like Erislandy Lara.

Teixeira is coming off a win over Carlos Adames in 2019, and that is by far his best career victory.

Canelo Alvarez sends message to Golovkin: I don’t run from nobody »