The lowdown on the ‘Bridgerweight’ Division 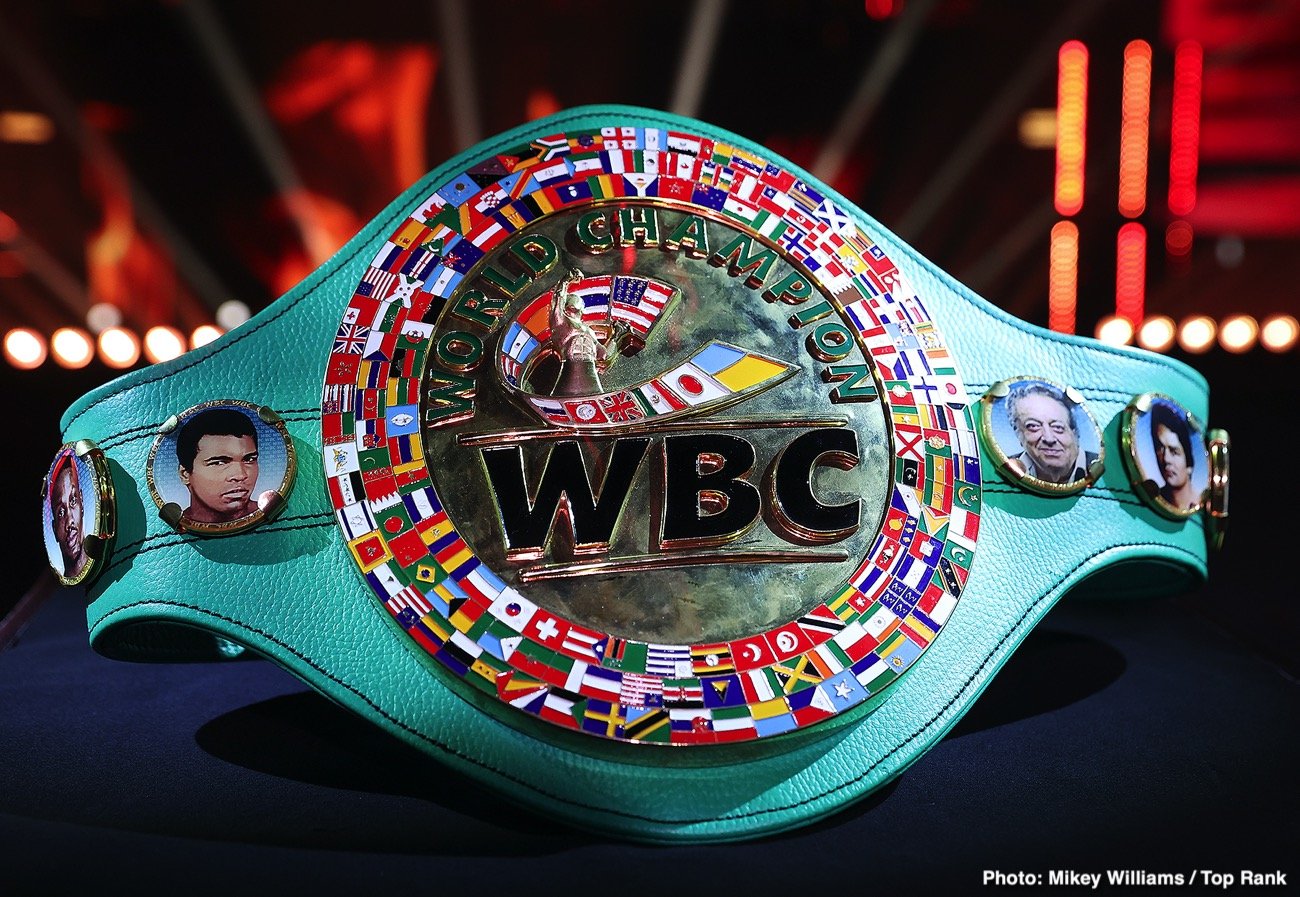 By Gav Duthie: A new weight class has been conceived by the WBC in November 2020 called the ‘Bridgerweight’ division and the rankings for it have now been published. The division will comprise of fighters who weigh between 200-224lbs to give fighters the chance to win a title who are most likely too small to compete with the likes of Tyson Fury and Anthony Joshua. The WBC have spent the last 6 weeks contacting a number of heavyweight and cruiserweight talent to see if they would like to join the new division or stay where they are.

As aforementioned the WBC, in particular Mauricio Sulaimán feels it is very difficult for the smaller heavyweights to be able to compete with the top talent these days. He points out that the last 8 WBC champions beginning with Hasim Rahman have all been over 230lbs with the exception of Deontay Wilder. Tyson Fury was 273lbs when defeating Deontay. It is understandably very difficult for someone who is 210lbs (4 stone UK weight) less than Fury to beat him regardless of the skill level. The division gives those the chance to win a title if they are a small heavyweight or losing a lot of pounds to make cruiserweight.

Sulaimán stated “We have decided to create a new division, called “Bridger”, as it is the necessary bridge to serve the large number of boxers who are between 200 and 224lbs”. The division name was inspired by Bridger Walker, a 6 year old who saved his 4 year old sister from a dog attack. The WBC honoured him for his bravery by creating him a belt during the pandemic and are now naming this division after him.

Only the WBC are involved in this. They will have a title for the champion but as of yet the WBA, IBF and WBO are staying out of it. There has been a little bit of criticism and skepticism of the division at present but in fairness it was the same when Cruiserweight was created for a similar reason back in 1979. It is a bit disappointing for them that Deontay Wilder has refused to take part when many people feel the division was created for him in the first place. He said he was likely to seriously hurt someone and declined to participate. The WBC have managed to garner enough interest to create a full top 15 rankings. It is likely that in the new year they will have a vacant title fight between the highest ranked available contenders as well as eliminator fights for who the champion will face.

Colombian heavyweight who’s only loss was a close decision to Dillian Whyte. He usually weighs between 225 and 235 lbs in his fight but is without a doubt the highest profile fighter who is interested in taking part. He has been much avoided at HW but could be a star if this takes off.

This is a talented Belgian with good punching power who is currently the WBA interim champion and only lost 1 fight against the current WBA champion.

Another cruiserweight who has been waiting for opportunities but not had a full title shot nor was he involved in the 2 WBSS tournaments. The South African is the current IBO champion with his best win coming over veteran ex champion First Arslan. His only loss is to Jonny Muller which he later avenged.

One of the biggest punchers in boxing but with an equally weak chin. As a prospect he was stopping everyone within the first couple of rounds. When he dispatched of the brilliant Cuban Juan Carlos Gomez after 45 seconds he was highlight touted to be a great champion. He has been stopped 3 times since and was very unconvincing in a comeback split decision win in December 2019.

The Russian boasts an impressive stoppage victory over Deontay Wilder as an amateur. At 6’0 however heavyweight glory was always going to be unlikely. His last outing was an impressive 2nd round ko over ex champion Siarhei Liakhovich and has agreed to fight in this new division.

It seemed at 36 Jennings was likely to become a high class sparring partner after back to back defeats and being involved in camps with Dereck Chisora (for Usyk) and Anthony Joshua (for Pulev). Jennings has a high ring IQ but has always seemed a little bit too small to compete but he may have a chance at glory here.

The heavyweight put in a spirited performance in his WBC title shot against Wilder but has subsequently looked shot in knockout defeats against Adam Kownacki and Dereck Chisora. He tried his luck at cruiserweight in a comeback fight and was gifted a MD against a journeyman. At only 31 he will feel this weight class is ideal for another crack at glory.

Alen ‘The Savage’ Babic has been cutting through opponents already in the heavyweight division. He is small but very strong. Most experts feel though that he won’t be able to bully the bigger HW and doesn’t have the skill to match them. Babic had been calling out compatriot Filip Hrgovic but it may be a sensible option to try his luck in the rankings at Bridger given his lack of size and experience.

Tambwe is another Belgian who makes the list and the 31 year old is based in the UK. He had a couple of early losses at Cruiserweight but has improved in recent years. He defeated the respected Valery Brudov and took the undefeated record of recent Daniel Dubois victim Ricardo Snijders.

A relatively inexperienced but talented Russian heavyweight. His most notable win to date comes against the rejuvenated Kevin Johnson.

Holds a world record equaling world title defences. Huck was on top of the world at one point. During his cruiserweight reign he gave Alexander Povetkin all he could handle and looked like he might make a successful heavyweight at some point. He is certainly passed his best now and been quite inactive recently due to fights falling through with Joe Joyce and others but has enough power to cause trouble at this new weight.

Another Belgian fighter. He drew with compatriot Joel Tambwe earlier in his career. Most recently he lost a decision with Tommy McCarthy for the European title on points and may feel his opportunities at Cruiserweight will now be limited.

(13) Samuel Kadje 15-1 (12)
Kadje is a French cruiserweight who has power but lost in a WBF title clash to prospect Vasil Ducar.

A 29 year old Russian cruiserweight who mixed with some top fighters as an amateur. He has only fought 8 times in 4 years but managed an outing in October during the pandemic in Belarus.

The one and only UK fighter in the lost. Was soundly beaten by prospect Lawrence Okolie in a grudge match in 2018 and has only fought 3 times since. Two were journeyman opposition and he struggled against Luke Watkins.

The future success of this depends on the marketing, they will need some good fights to make it appealing. Possibly a WBSS style tournament might create some interest in it. In theory it makes sense, evolution means heavyweights are getting bigger all the time. Jack Johnson was a giant in the early 1900s but today would be no more than average sized. The other governing bodies, at least one within the next couple of years will need to come on board and the boxers need to feel that there are worthwhile prizes to go for. I don’t think this division will be successful in the long term but only time will tell. 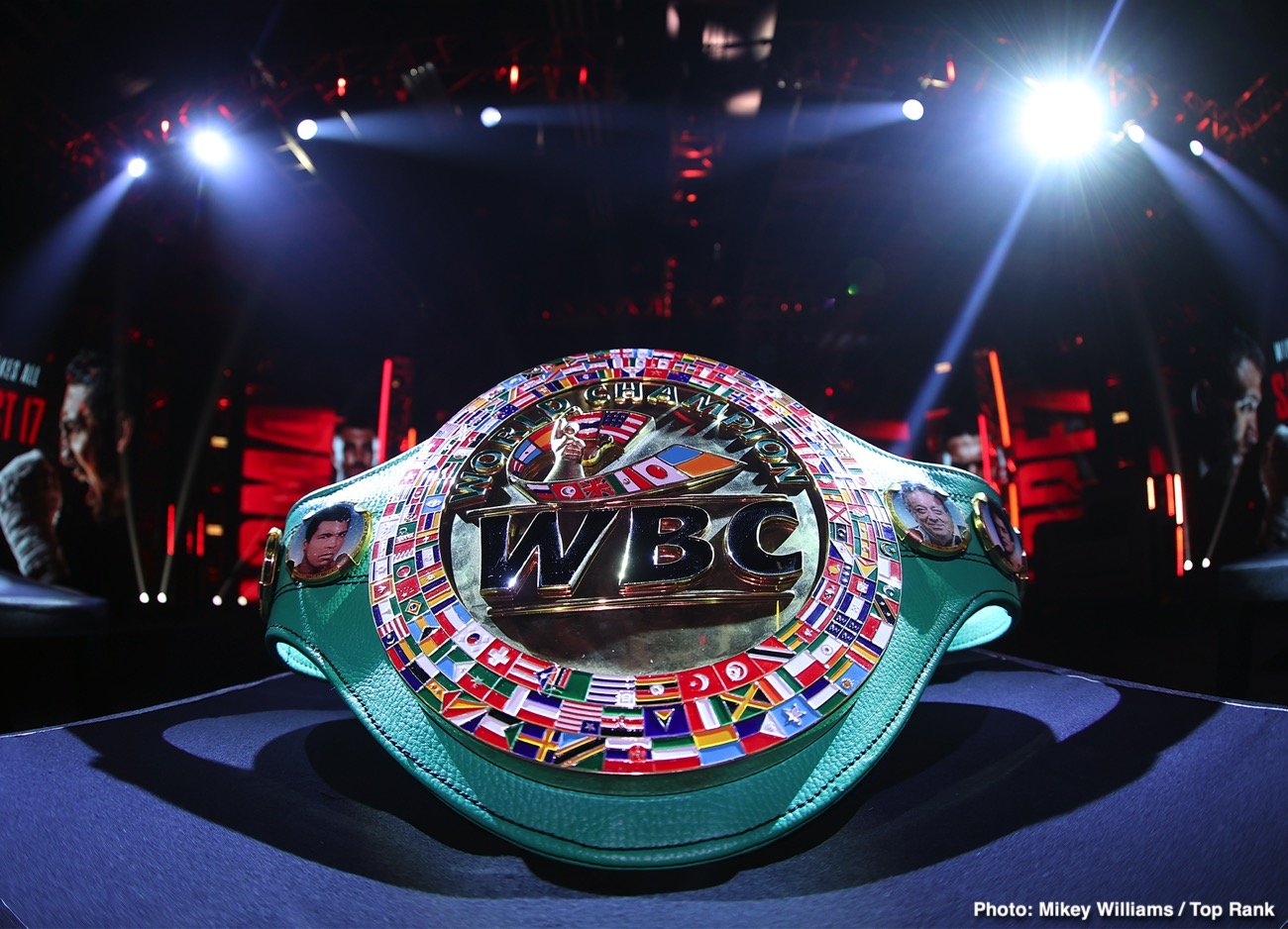 « Oscar De La Hoya: Ryan Garcia will be the most popular fighter on the planet

Adrien Broner to fight in February, Wallin – Breazeale in co-feature »