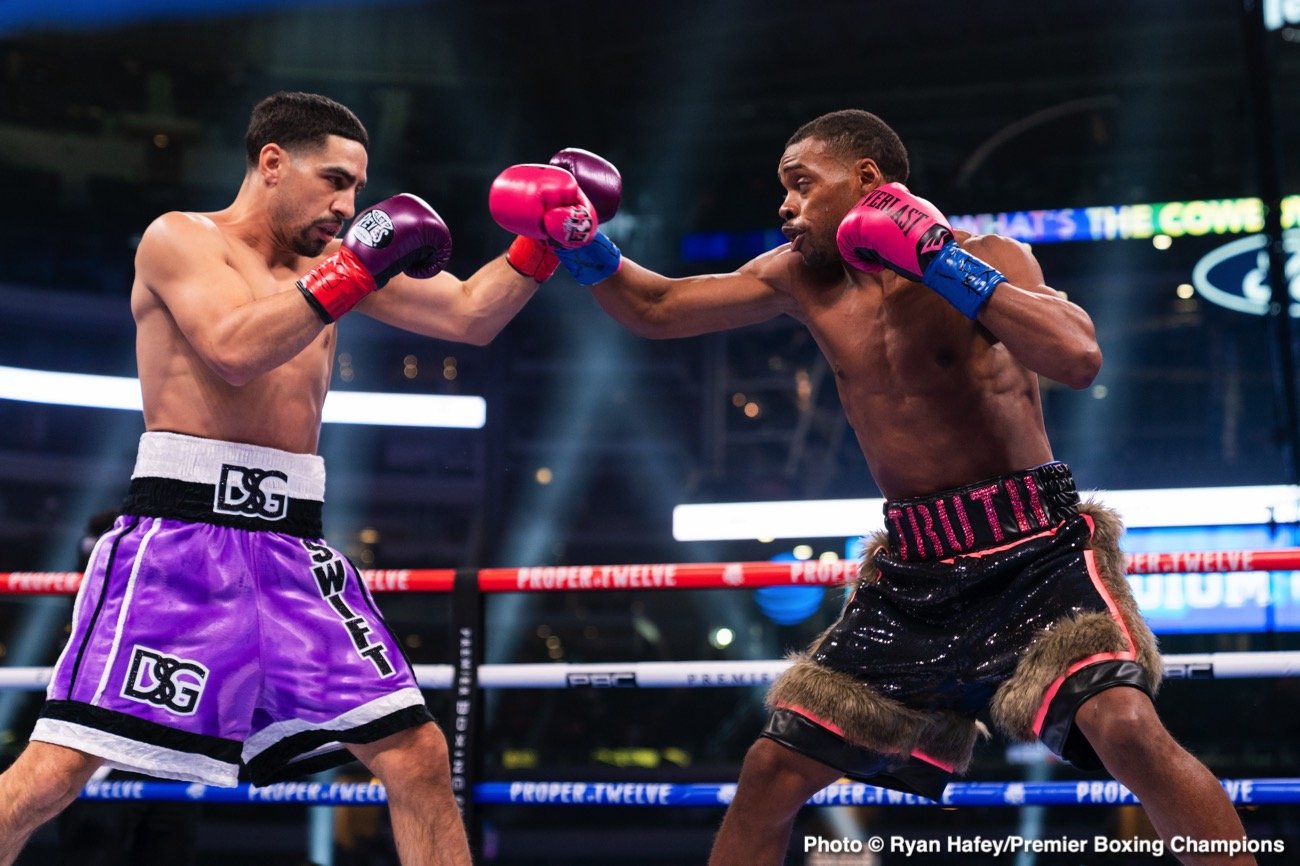 By Chris Williams: Terence Crawford might have to take a 70-30 cut for a fight with Errol Spence Jr in 2021 because that’s what ‘The Truth’ is talking about wanting to give the Top Rank fighter. Spence says that Crawford needs to take “whatever we give him.”

Crawford didn’t take the news too well about Errol offering him a 70-30 cut of the dough, and he sounds bitter. He says, “the chapter is closed” now.

Crawford probably should have agreed to the 60-40 offer that IBF/WBC welterweight champion Spence (27-0, 21 KOs) previously offered months back before his recent win over Danny Garcia.

“I could go up to 160 and fight Canelo Alvarez,” said Spence to Chris Mannix of DAZN about a fight between him and Crawford.

“It definitely can happen,” Errol said of a fight between him and Crawford.

With Spence’s two welterweight titles and the fact that he’s the pay-per-view star, Crawford doesn’t have much room to demand a 50-50 deal.

Crawford wanting even split dooms a fight between him and Spence from ever happening. If Spence goes up to 160 like he’s talking about, Crawford can forget about ever getting a fight against him.

Even if Crawford sees the light and agrees to the 30% that Errol is offering him now, that split will likely become more lopsided in the future.

Once Spence beats Canelo Alvarez at 160, that will increase his star power, and Crawford will be kicking himself for not agreeing to the 70-30 deal when he had the chance.

And they said it was me 🤷🏿‍♂️ I rest my case now, on to the next. That chapter is now close.

Terence could be leaving Top Rank

Crawford’s future is uncertain about his staying with Top Rank, as his contract is up with them in late 2021. Bob Arum said he’d lost enough money on some of Crawford’s fights to build houses in Beverly Hills.

If Crawford leaves Top Rank, the grass may not be greener for him with Matchroom Boxing or PBC. It’s not just Crawford’s lack of charisma that is holding him back. It’s his fighting style.

He’s not an all-action type of fighter that U.S boxing fans like to watch. Spence, Canelo Alvarez, and Gennadiy Golovkin are the textbook types of fighters people want to see.

Switch-hitting counter punchers like Crawford aren’t exciting to watch, and that holds them back.

Spence would like to relieve Crawford of his WBO 147-lb belt in 2021 before he moves up to 160 to face Canelo Alvarez, but if he’s going to be stubborn about it, he’ll end up with nothing.

Crawford needs to realize that his chance for a fight with Spence won’t reappear if he doesn’t take it next year. 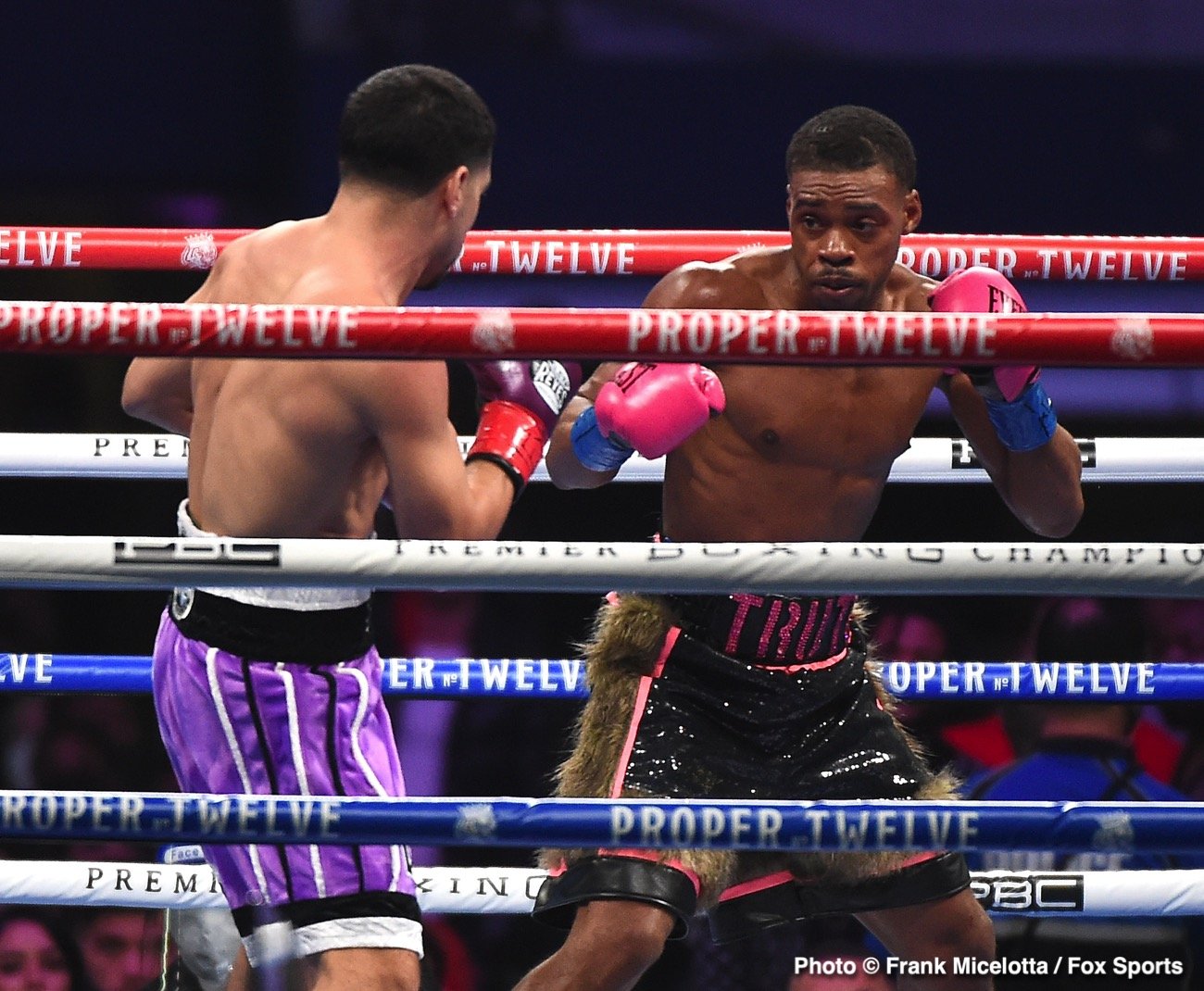 Terence isn’t in the position to bargain with Errol, given his advancing age and his ability to sell his fights. Spence is like Haley’s Comet. He may not come around again for a second appearance for Terence to get a chance to face him.

Ryan Garcia: Luke Campbell has no chance on Jan.2nd »