Sam Eggington: “After my last decision, I’m leaving nothing to the judges” 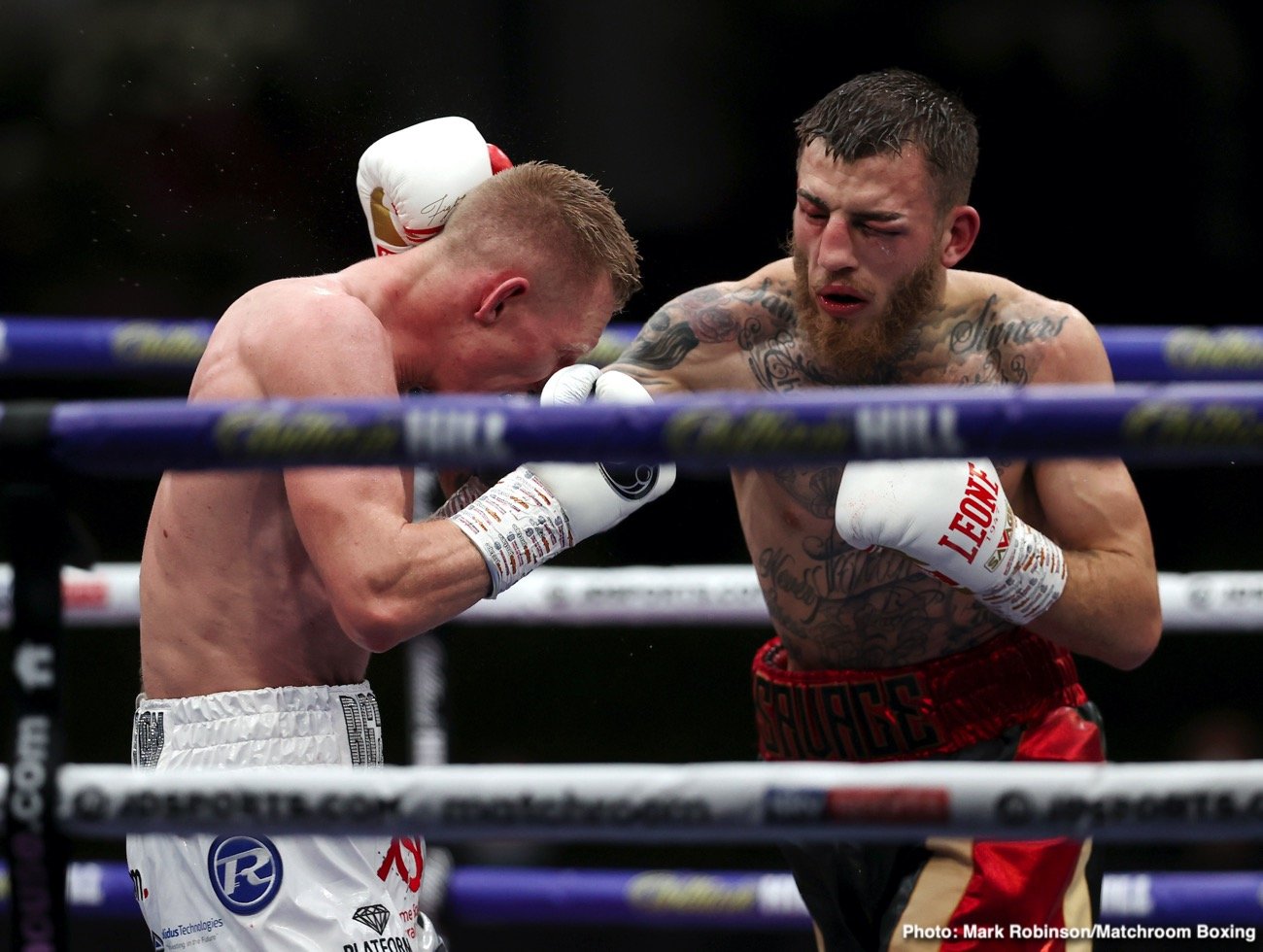 Last week, Theophane told me of his respect and admiration for Egginton’s career, and believed them to be “cut from the same cloth”. It’s a sentiment echoed by the ‘The Savage’.

“I know he had the British (title) and lost it. But, I think going over to America and making your own path – massive credit to him,” Eggington admitted. “I’ve not got a bad word to say about him, if I’m honest.”

A veteran of fifty-nine pro bouts with most taking place overseas, Theophane is seen by many as a grizzled veteran who has seen and done it all through his forty years, and as such, give him the edge in terms of experience. Despite being thirteen years his junior, Eggington has equally done it all – apart from compete for a world crown.

“He’s had one huge fight (Adrien Broner), past that; they’ve been big but no bigger than ones I’ve had for British, Commonwealth and European (titles),” the father of three said. “We’re quite evenly matched bar the age, I think, and the fact that I’m physically the bigger person. I think he’s pushing it at light-middle, if I’m honest. I think he knows that. I think he’ll come unstuck this time.”

Last time out, the twenty-seven-year-old battled to a thrilling twelve-round decision loss against Ted Cheeseman in the very first edition of Matchroom’s Fight Camp series. Some observers disagreed and felt the nod went to Cheeseman due to his standing as the home fighter. It’s a decision that Eggington dearly wishes to avenge, once he dispatches of Theophane on Friday night.

“After my last decision, I’m leaving nothing to the judges,” he said. “If it goes to the judges, I don’t expect the decision even if I’ve won it quite clearly. I’m not planning that the judges need to be there in any way, shape or form.”

“I know Ashley’s decent and he’s done a lot, but losing to a forty-year-old bloke on his way out – I think you’ve really got to think about what you’re doing if that happens, and I would. I’d definitely rethink my job. I’m not planning to lose.”

A win on Friday could eventually pave the way for a rematch with Cheeseman that Sam was verbally offered immediately after their initial bruising summer encounter.

“As soon as I was out of there, I didn’t even get to the dressing room before Eddie Hearn told me they were doing it again,” he revealed. “I was like: ‘sweet, I’ll have that all day’. From what I’ve heard, Ted Cheeseman priced himself well out. If Eddie Hearn’s telling you you’re asking for too much money, you’re probably asking for too much money (laughs). I don’t know what he asked for but he must have asked for a good wedge. I understand the fight was good and maybe we should have got a bit more than we got first time around, I get that, but for someone in Eddie Hearn’s position telling me he’s priced himself out and asking for too much money – you’re obviously asking for crazy money. I think that was his way out (of the rematch). He’s going to be mandatory for the British now, so it doesn’t matter to him. He can do what he wants.”

Clamour for a rematch gathered pace in the aftermath but appeared to fade when Cheeseman was ordered to fight for the British 154-pound championship, vacated by Scott Fitzgerald. It was a close contest, but Eggington believes he’d done more than enough to secure the victory.

“If you watch the fight back without the commentary, I’m not saying I’ve won ten out of twelve (rounds), I’m not saying that, I’m saying I definitely won two or three of the first six and I won four or five of the last six. Even if you go by the smallest number of them, I still won the fight, or at worst a draw. I think I won the fight by about two rounds. I could go on about it for ages, but it doesn’t matter now. I should be going into this fight with a belt and a world ranking.”

Now, unaligned to any promoter and guided by Jon Pegg, Channel 5 is the platform with massive potential that Sam and his team wish to unlock. And sticking with the theme for the vast majority of his professional career – they’re not looking for any easy fights.

“It’s my first fight on Channel 5 and I’ve not worked with Mick Hennessy before. I kind of want to do a good job on terrestrial TV. People that won’t normally watch boxing will be watching. So, I want to fight someone worth fighting for, I didn’t want to fight a foreign bin man who they bring in and just gets bowled over. I wanted someone with a bit of a name. He’s a decent opponent and Channel 5 were happy. They didn’t want a nobody that nobody knew.”