Lyndon Arthur warns Anthony Yarde not to ignore his power 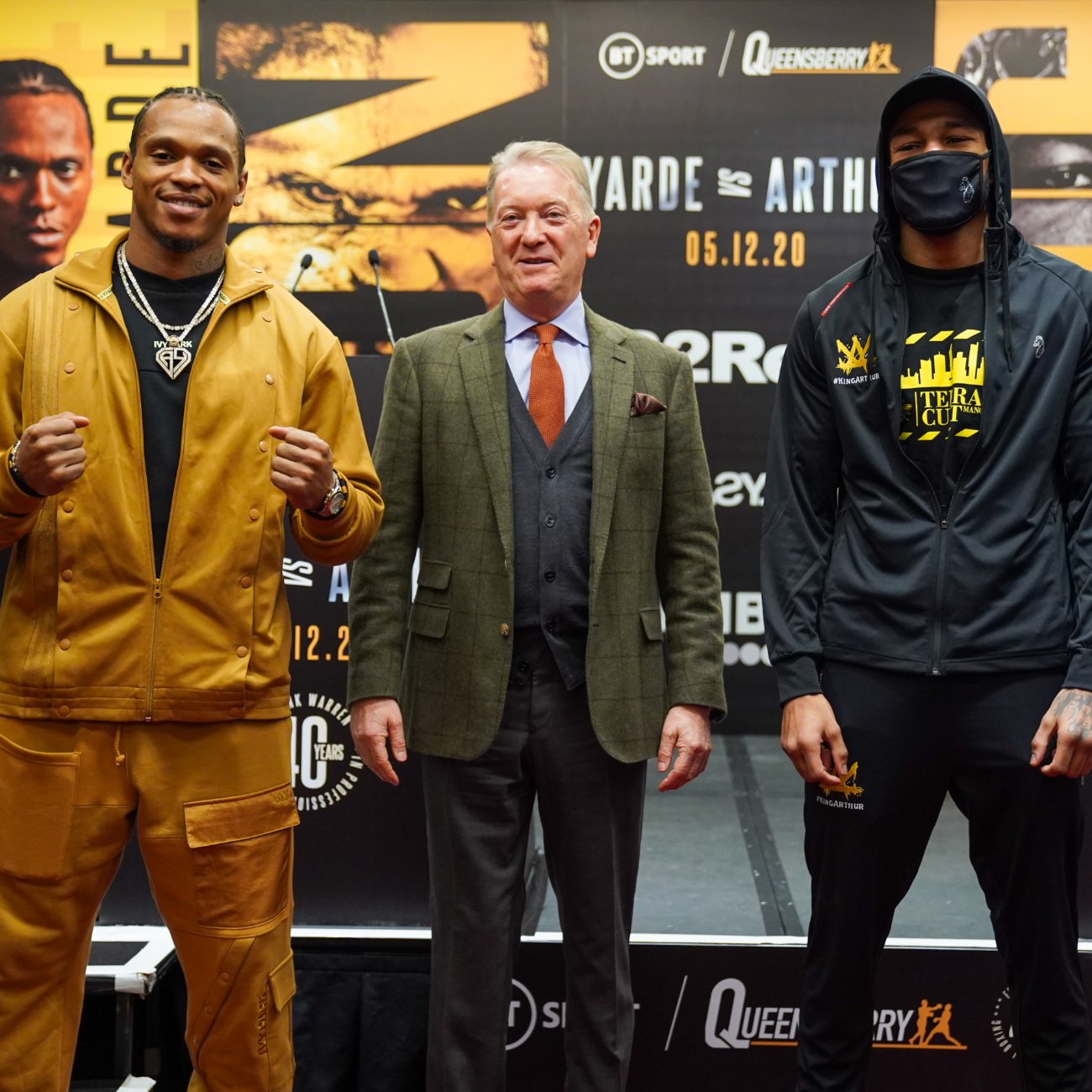 LYNDON ARTHUR FIRMLY rejects the suggestion that his encounter with Anthony Yarde on Saturday falls into the classic ‘boxer vs puncher’ category of fight.

The light heavyweight pair collide with Arthur’s Commonwealth title at stake but, more importantly, there is a lofty ranking with the WBO up for grabs that Frank Warren is confident of converting into a mandatory world title shot for the winner.

Arthur being labeled as the boxer in the bargain most likely stems from his patient breaking down of Dec Spelman in July in a fight Yarde condemned as ‘boring’, whereas Yarde himself took on Arthur five weeks later and forced a sixth-round stoppage with a more aggressive approach.

To tag Arthur as a technician probably doesn’t do him justice, given that 12 of his 17 opponents to date have not heard the final bell and nine of them have not made it to the third round.

‘King Arthur’ is not happy over people failing to recognize his punching prowess. 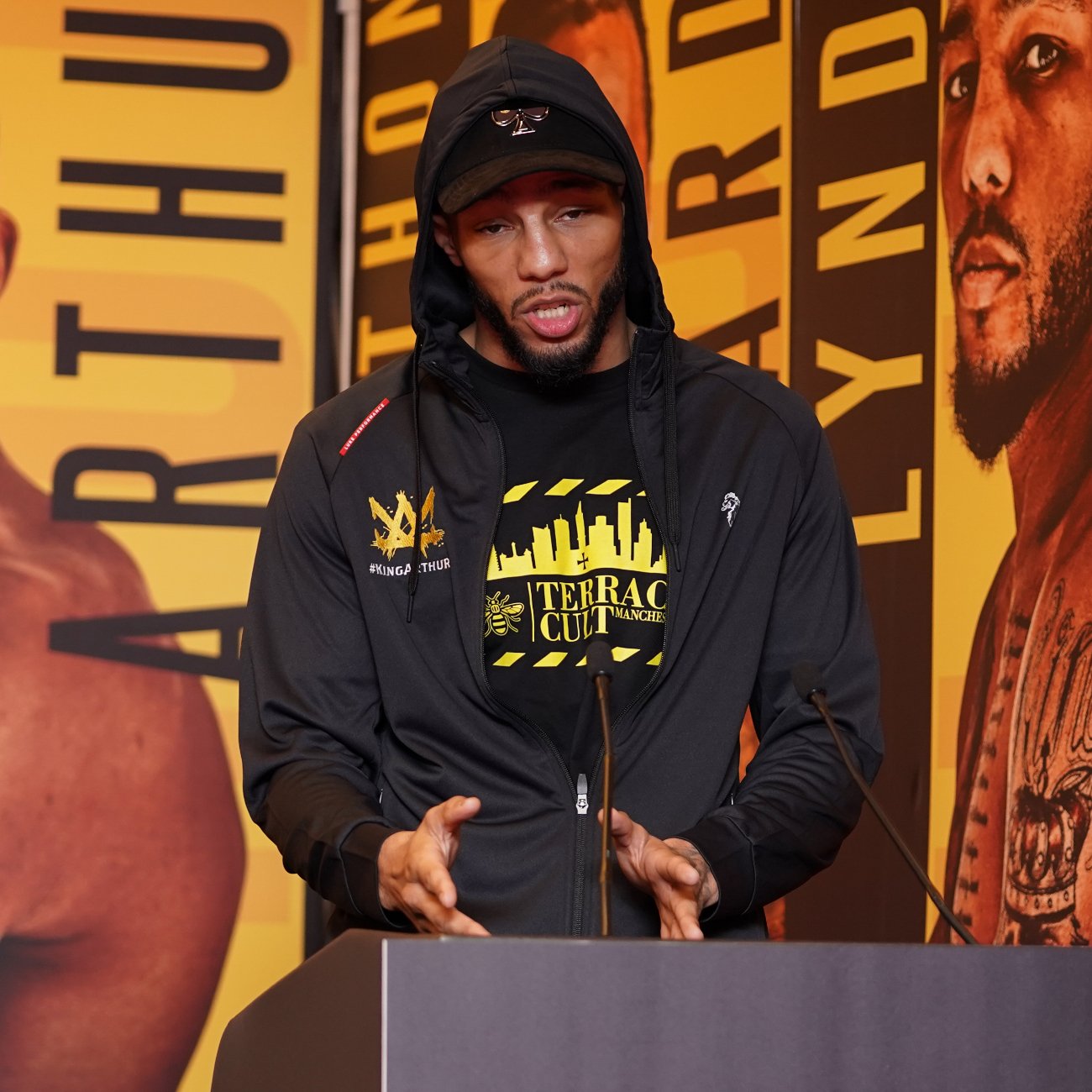 “I know I am good enough to be here and don’t need to worry about anything,” growled the Manchester man, who is trained by former European champion Pat Barrett. “I can punch too! Everyone keeps saying this. Do you want to feel my punches?

“Everyone keeps saying I can’t punch and it is starting to p**s me off. It is just that I can box as well,” added Arthur, who went on to address the sharing of Spelman as an opponent.

“I believe I beat Spelman better because I am my fan, a Lyndon fan. Yarde did well but we have seen it many times and we knew what he would do. I’d already beaten him.

“When I fought him and it was the winner gets to fight Yarde, he was coming in on my fight week, on my interviews and was just around. Then the loser fought him. For what purpose?

“The day he fought Dec Spelman he could have fought me, so I thought it was a pointless fight and he was going to beat him and prove to himself he could knock out someone who everybody knows he could knock out – after I had already beaten him.

“Go and fight somebody else. It made no sense to me,” continued the 29-year-old, before getting around to the ‘boring’ jibe.

“So it was boring because I didn’t get hit? He likes to say ‘I knock people out and it’s entertainment’ but it depends on what boxing you like. For me watching it back it was a fun fight to watch. If you like boxing you’ll watch that fight and like it. You’ll see certain skills in there that you will like, while if you just like knockouts you’ll watch Yarde.

“He has had better marketing than me and is bigger than me in the sense that he’s had the (Sergey) Kovalev fight and the backing of BT a little bit more than me. Really and truly, when it comes down to it, it doesn’t make a difference.

“We’re both going to get in the ring and that is where it matters.”

Anthony Yarde (19-1, 18KOs) vs Lyndon Arthur (16-0, 12KOs) for the Commonwealth light-heavyweight title headlines a night of boxing live on BT Sport 1 on Saturday, which also features a super bantamweight battle with the WBC International title at stake between Michael Ramabeletsa (18-17, 8KOs) and the unbeaten Southern Area champion Chris Bourke (8-0, 5KOs).

Bantamweight starlet Dennis McCann (7-0, 5KOs) takes on Pedro Matos (7-3) over eight rounds. 2016 Olympian Muhammad Ali has his second fight in the pro ranks and there is a debut for Olympic Youth gold medallist Karol Itauma, who will campaign at light heavyweight.