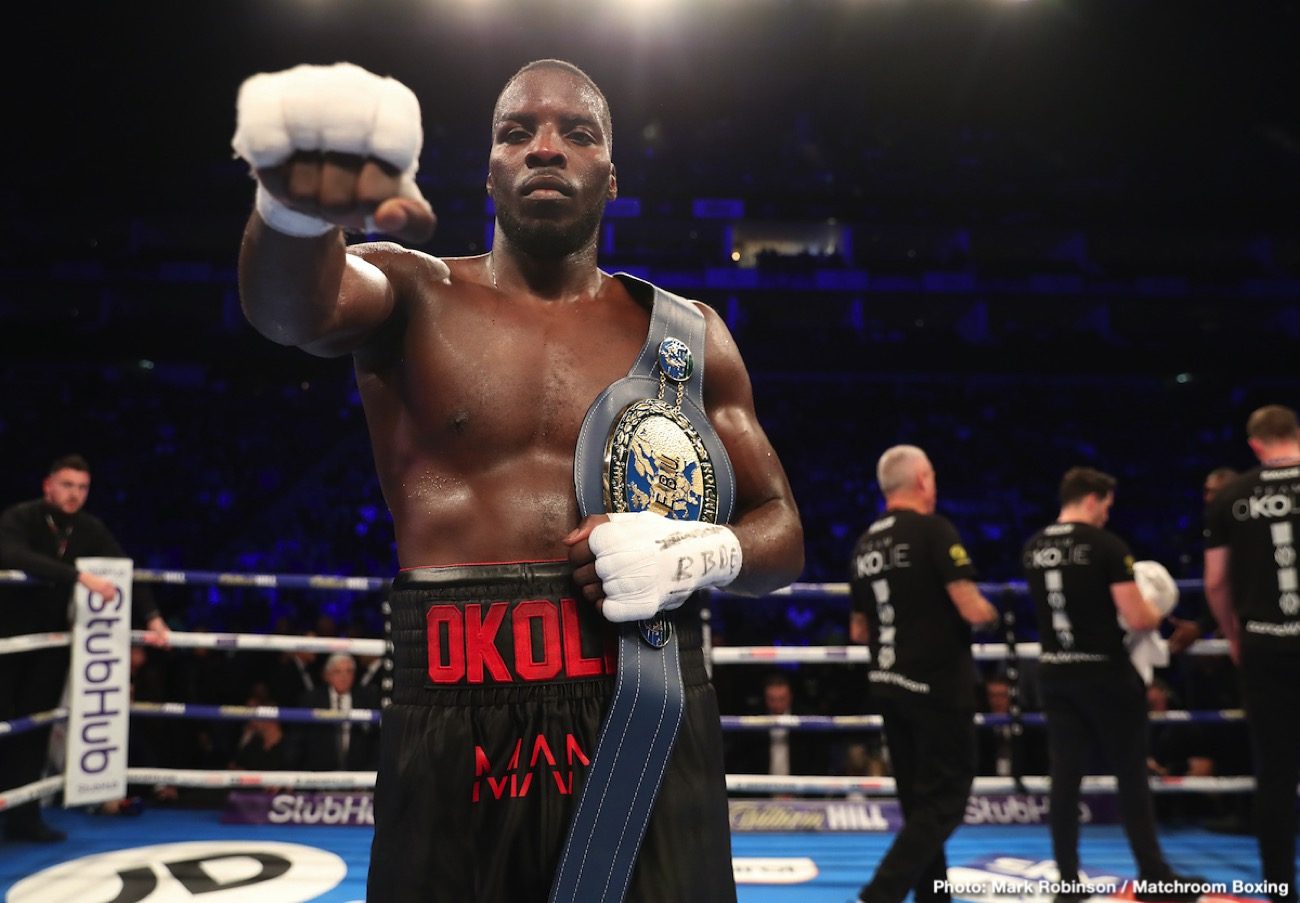 By Barry Holbrook: Eddie Hearn is trying to line up Michal Cieslak as the replacement opponent for Lawrence Okolie to face next Saturday for the vacant WBO cruiserweight title on December 12th.

The one problem Hearn has is Cieslak (19-1, 13 KOs) is fighting tonight against 41-year-old journeyman Taylor Mabika (19-6-2, 10 KOs) in Poland, and he would need to win without suffering any injuries.

If Cieslak wins and comes through his fight without getting hurt, Hearn plans on signing him up to face Okolie (14-0, 11 KOs) for the vacant WBO cruiserweight title on the undercard of Anthony Joshua vs. Kubrat Pulev next week on Sky Box Office at the Wembley Arena in London, England.

Hearn wants Okolie to fight for the WBO title

“Cieslak, who just lost to Makabu for the WBC world title, is fighting on Saturday in a fight he can’t get out of because he’s contracted, but he will fight Lawrence Okolie next week,” said Hearn to Before the Bell.

“It’s quite an easy fight on Saturday [for Cieslak],” Hearn continued. “He said, ‘I can’t get out of it, but I’m happy to fight and then fly first thing on Sunday.’ 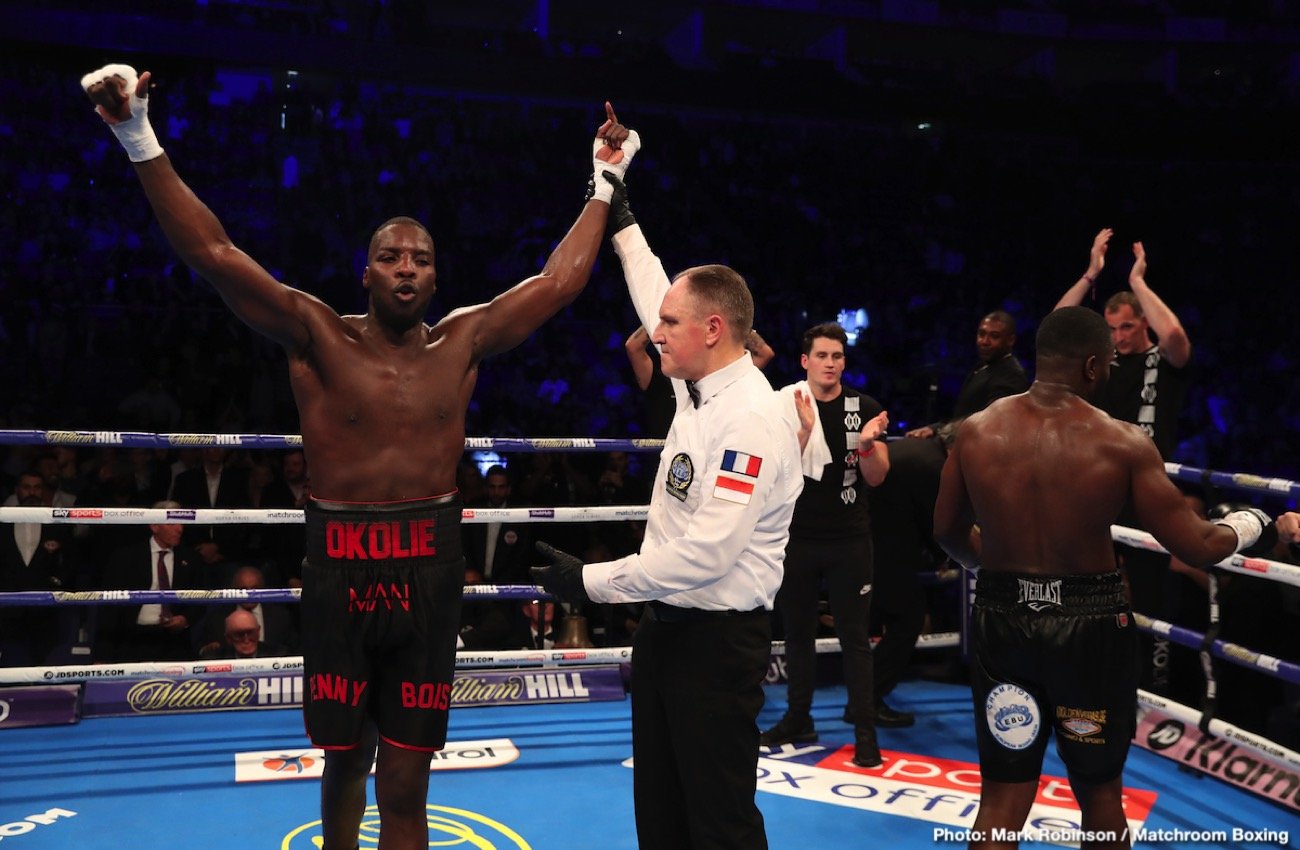 “Yes, we can’t rely on that [Cieslak getting through tonight’s fight without getting injured] route, so got him standing by, and I’ve got another couple of options that we’re looking at; one from the ranking and one not from the rankings.

“We’re in a situation at the moment with the governing bodies where they’re not regularly updating their rankings because of COVID, and no one is fighting. They haven’t updated their rankings since October.

“There’s a couple of other guys [Hearn is looking for as options for Okolie on December 12th] and is 19-0, who are saying, ‘We’ve been told we’re in the next WBO rankings,’ which come out in December.

“But the problem is, it makes it look like I just put them in the rankings, which is actually not true,” said Hearn.

#2 WBO Okolie had been scheduled to face #1, Krzysztof Glowacki, for the vacant WBO cruiserweight title, but the Polish fighter tested positive for COVID-19 this week, which ruined Hearn’s plans.

Not to be undaunted, Hearn still wants Okolie to fight for the vacant WBO title, even though his opponent will be literally pulled in on a week’s notice. It’s not the ideal way for Okolie to capture a world title, but it’s arguably the easiest method.

The 31-year-old Michal Cieslak is coming off a narrow 12 round unanimous decision to Ilunga Makabu on January 31st earlier this year in a fight for the vacant WBC cruiserweight title.

Eddie has plan-B options for Okolie

“You request to go into the rankings. But these two guys, when you look at the rankings there, are worthy to go in, but we’re just up against time,” Hearn continued.

“So my mindset at the moment is, get Cieslak signed up and then get another one ready to go.

“Potentially,” Hearn said when asked if this would be a non-title fight for Okolie if he faces a non-top 15 contender on December 12th.

“If the WBO said, ‘We’re not willing to entertain anyone going into the rankings right now, we would probably fight for the interim world title, and then he’d have to fight Glowacki next.

“That would be a shame. To be honest, this fight [Okolie vs. Glowacki] has been waiting to happen for over a year now, so I think the WBO is keen to try and get the belt active because the winner has got to fight Glowacki anyway, so it really doesn’t matter.

“It’s a bit of a mess, but all you can do is try to do the business for Lawrence Okolie. He’s been really impressive,” said Hearn. 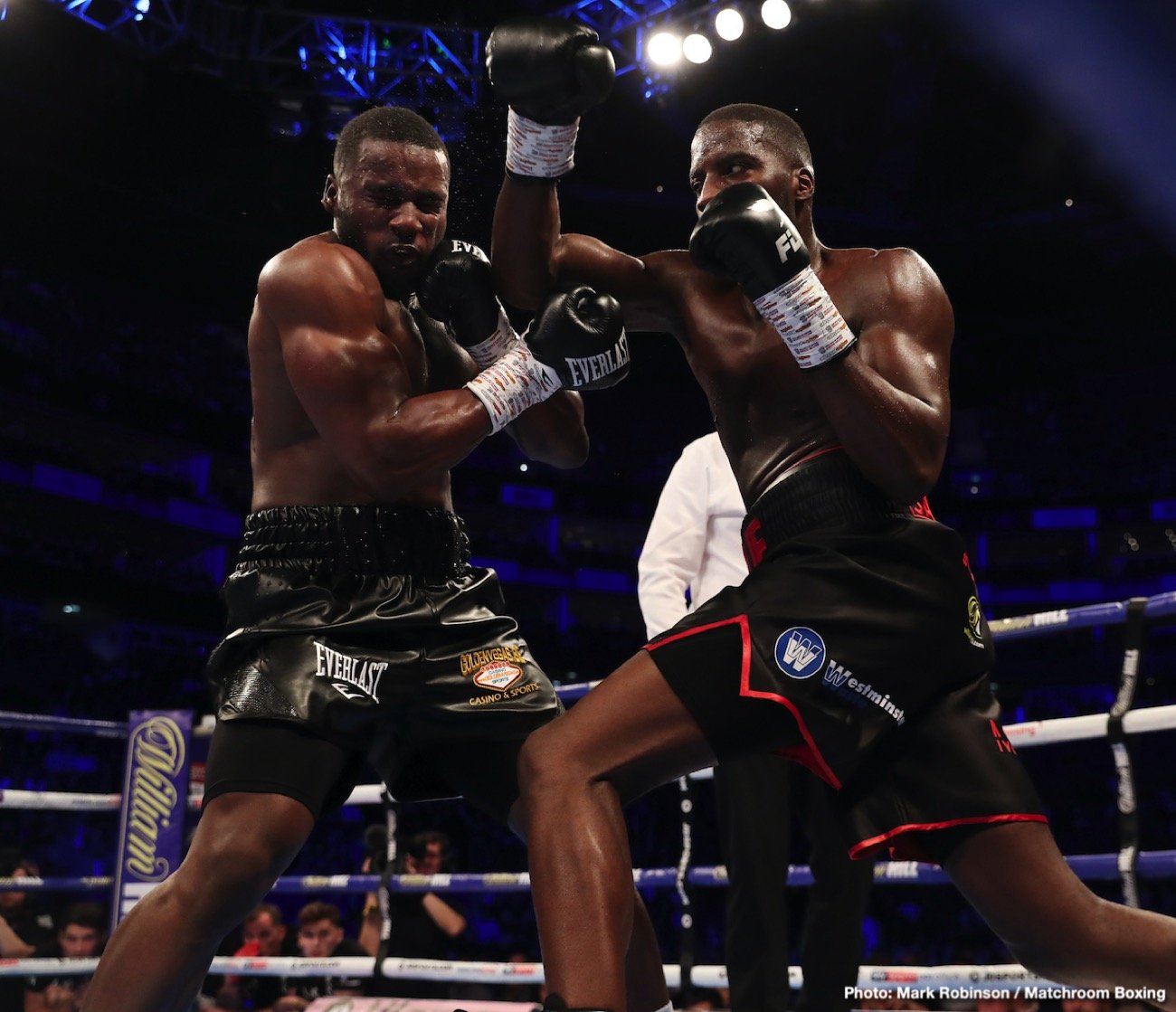 Eddie isn’t saying who the second-tier fighters are that he’s looking to match against Okolie, but he’s counting on the WBO sanctioning the fight for their vacant title.

That would obviously make Okolie look like a paper champion if he captures the vacant WBO title against a non-ranked contender, but Hearn feels that he has to fight Glowacki next anyway.