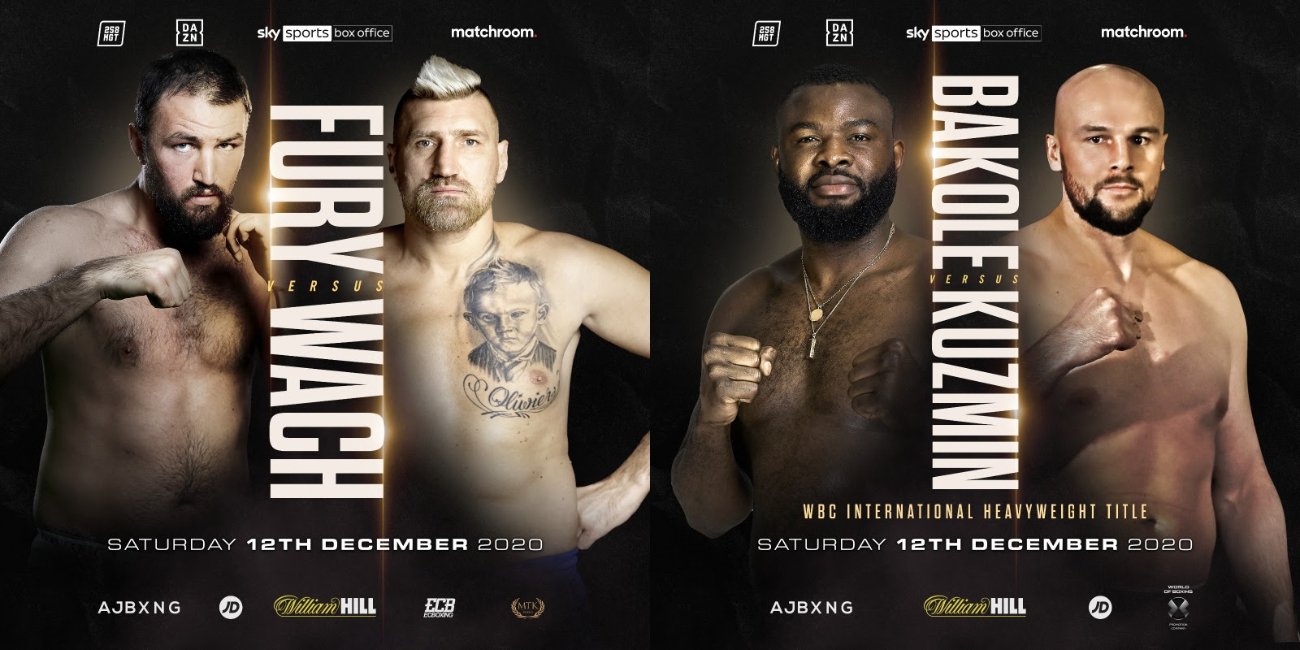 Martin Bakole is targeting a rematch with Michael Hunter – the first man to inflict a defeat on him in the pros – should he beat dangerous Russian Sergey Kuzmin this Saturday at The SSE Arena, Wembley, live on Sky Sports Box Office in the UK and Ireland and on DAZN in the U.S. and more than 200 countries and territories on its just-launched Global platform.

Bakole (15-1, 12 KOs) meets Kuzmin in a high-stakes battle for the vacant WBC International Heavyweight Title on the undercard of Anthony Joshua’s return to UK soil against IBF Mandatory Challenger Kubrat Pulev, and the Congo-born Airdrie resident hopes that a win will lead to even bigger fights in 2021.

The 27-year-old, who is trained by Billy Nelson, has won four on the bounce since his sole defeat to Hunter at York Hall in 2018, whilst the American has won three since, including a victory against Kuzmin. A rematch with ‘The Bounty’ is at the top of Bakole’s wish list.

“Saturday is going to be a good fight, I hope Michael Hunter will sit down and see who is going to win,” Bakole said on a ZOOM media conference call on Tuesday. “I know I am going to win this fight in style and the next one is going to be against him.
“I already asked him and he said yes. I learnt a lot from that loss, like you say, and we’re learning from making mistakes. I have improved massively since that loss and if we were to rematch Michael Hunter I would show what I have learnt since then.

Two exciting Heavyweight matchups have been added to the undercard of Anthony Joshua’s Unified World Title defence against Kubrat Pulev on Saturday December 12, shown live on Sky Sports Box Office in the UK and on DAZN in more than 200 countries and territories worldwide.

Hughie Fury (24-3, 14 KOs) returns to the ring for the first time since his three-round destruction of Pavel Sour at Manchester Arena back in March to take on Poland’s Mariusz Wach (36-6, 19 KOs), a former opponent of Wladimir Klitschko, Alexander Povetkin and Dillian Whyte.

“I’m very excited to be back in action again on December 12,” said Fury. “It’s been a while and I’m ready to show what I’m all about. I’ve been in the gym working on a lot of different aspects of my game, perfecting what I needed to do.

“Mariusz Wach is a good fighter who’s been in with many top tier fighters including a World Title challenge. He brings power and size, and you can’t switch off for a second. I want these kind of fights as these fights will help me achieve what I need. I’m expecting a tough fight with Wach.”

Martin Bakole and Sergey Kuzmin fight for the vacant WBC International Heavyweight Title after their proposed fight earlier in the year was rescheduled. Both men share the respective 15-1 records and will be looking to gatecrash the world rankings.

“I’m really looking forward to fighting for the WBC International Title on such a big night of boxing, said Bakole. “A victory over Kuzmin is another step to making my dreams come true.”

“This fight with Bakole is very important for me, I need to bounce back from my defeat to Michael Hunter last time and get back on track towards a World Title,” revealed Kuzmin. “Martin is big, tall and comes forward, we know his strengths. I come only to win on December 12.”


« Fury vs. Wach: Hughie in crossroads fight against Mariusz on Saturday