How does Manny Pacquiao vs. Errol Spence Jr go if they fight in 2021?

By Abu Mahmood: Manny Pacquiao (67-7-2 39 KOs) is the biggest star in the welterweight division today. Whoever he fights is guaranteed to make a ton of cash. Will he face any of the other top dogs at 147?

Manny Pacquiao has been around for a very long time and still manages to amaze the fans every time he fights. In his last fight against Keith ‘One Time’ Thurman (29-1-1 22 KOs), he managed to rip the WBA strap away from the champ with a great performance.

Dropping the champ in the very first round (which ultimately made the difference on the judges’ scorecards) was a big sign that the great ‘Pac Man’ still has a lot of fight left in him.
Enter Errol Spence Jr.

Many believed that the IBF/WBC champ may have lost a spring in his step due to his car crash earlier in the year. Spence, however made light work of Garcia and outpointed him with scores of 116-112 twice and 117-111.

Manny Pacquiao showed in his last fight that he can still trade with the best. If you look at the sequence that puts Thurman down in the first round, you can clearly see Pacquiao is a very skilled boxer. However, skip to the middle of the fight and Thurman is winning rounds against Pacquiao.

Errol Spence Jr showed he is still the same with a great performance against Danny Garcia who is not an easy opponent by any means. Garcia failed to let his hands go which ultimately lead to Errol Spence Jr dictating the pace of the fight.

Both Spence and Pacquiao have made no secret that they want to fight each other. How exactly does this fight go if it does happen? Does the great Manny Pacquiao prove one more time he is a living legend of the sport? Or does Errol Spence Jr retire Pacman?

This fight is very close and although Manny Pacquiao is 42, expect to see him push the pace against Spence Jr. Spence Jr will look to land counters and will take control of the fight after giving the first few rounds away. 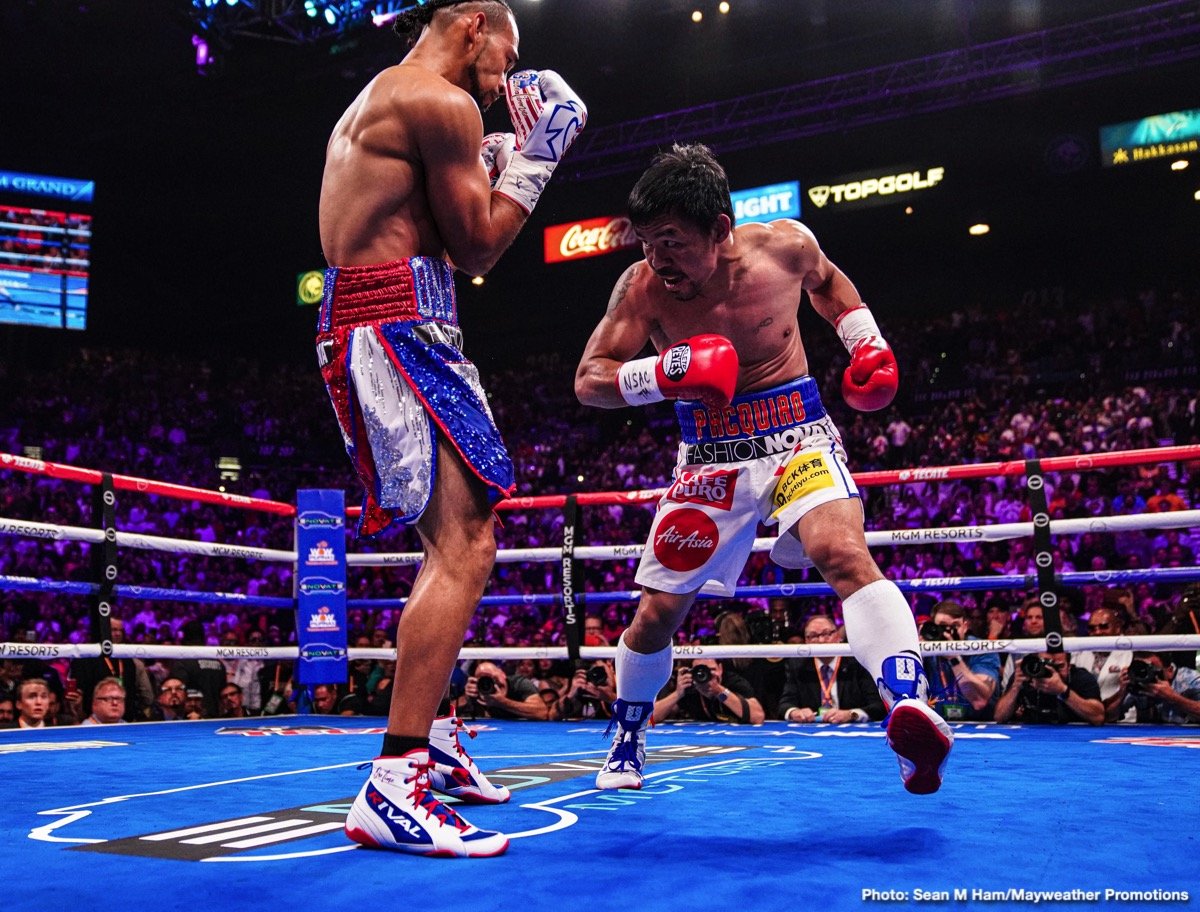 Errol Spence will need to box Manny Pacquiao preferably, although brawling with the 42-year-old could prove to be to his advantage but could backfire if he tends to brawl too often.

Pacquiao will have to fight on the inside as he will not be able to deal with the reach and height of Errol Spence like he did with De La Hoya.

De La Hoya was weight drained and did not stand a chance in that fight against Pac Man.

If Errol Spence can keep Pacquiao from fighting on the inside then this will turn out to be a one-sided fight like Canelo Alvarez had with Callum Smith.

On the other hand, if Manny Pacquiao can fight his fight and force Spence to brawl, we could see a huge win for Pac man and his ever-growing legacy.

Prediction: If these two fight, expect a fight of the year contender with Pac Man coming out on top after a war with one of the best in Spence.