Fury vs. Wach: Hughie in crossroads fight against Mariusz on Saturday 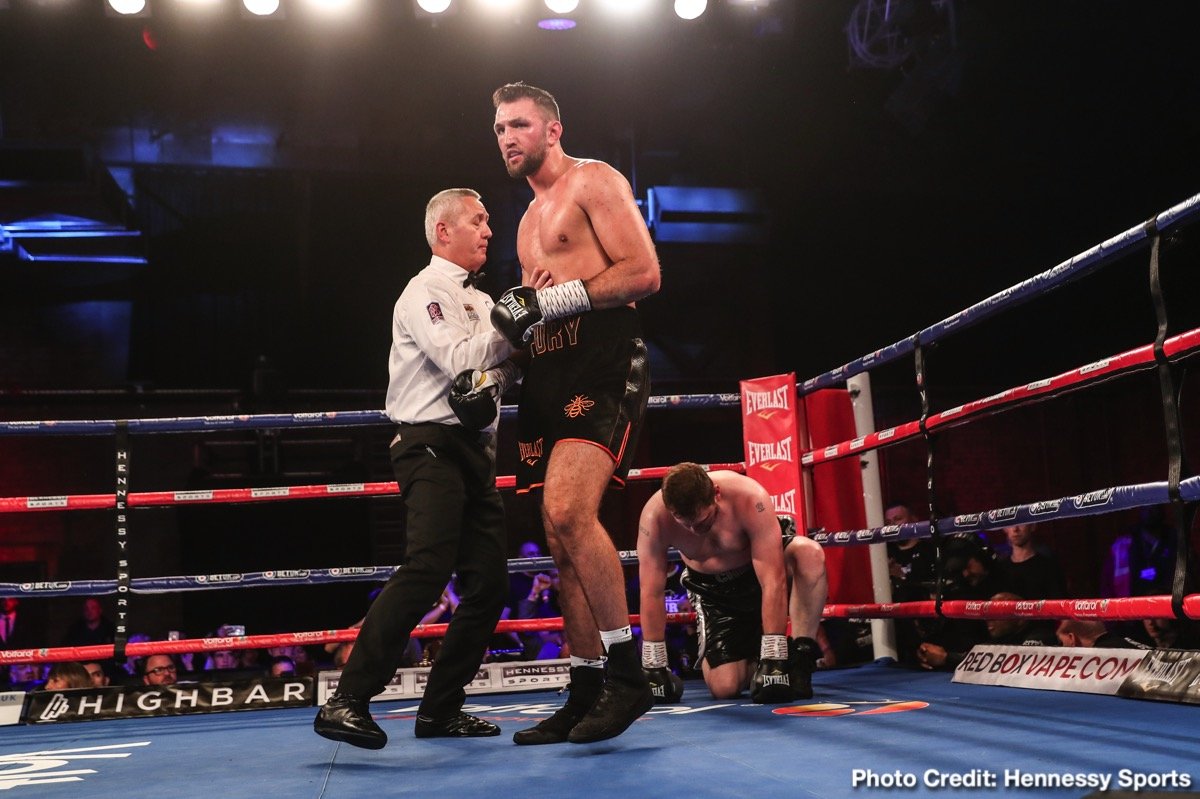 By Barry Holbrook: Heavyweight Hughie Fury (24-3, 14 KOs) will be tangling with former world title challenger Mariusz Wach (36-6, 19 KOs) in a crossroads fight this Saturday, December 12th, in a 10-round fight at The SSE Arena, Wembley, London.

It’s important that Hughie not stink up the joining on Saturday by running around the ring and doing the minimum to win rounds against Wach. Hughie doesn’t possess the offensive skills, punch output, or power that Wach possesses.

Predictably, Hughie will stay on the outside, jab all night, and throw single right hands. We might see a lot of rabbit punches from Hughie as well. In his lopsided loss to Kubrat Pulev in 2018, Hughie continually hit him to the back of the head.

Hughie, 26, and the 40-year-old Wach are fighting on the Anthony Joshua vs. Kubrat Pulev card on DAZN and Sky Box Office PPV.

With three defeats in his last seven fights, Hughie Fury is no longer ranked in the top 15 in the heavyweight division. Fury cannot afford to lose this fight to Wach if he ever hopes of turning his sagging career around. 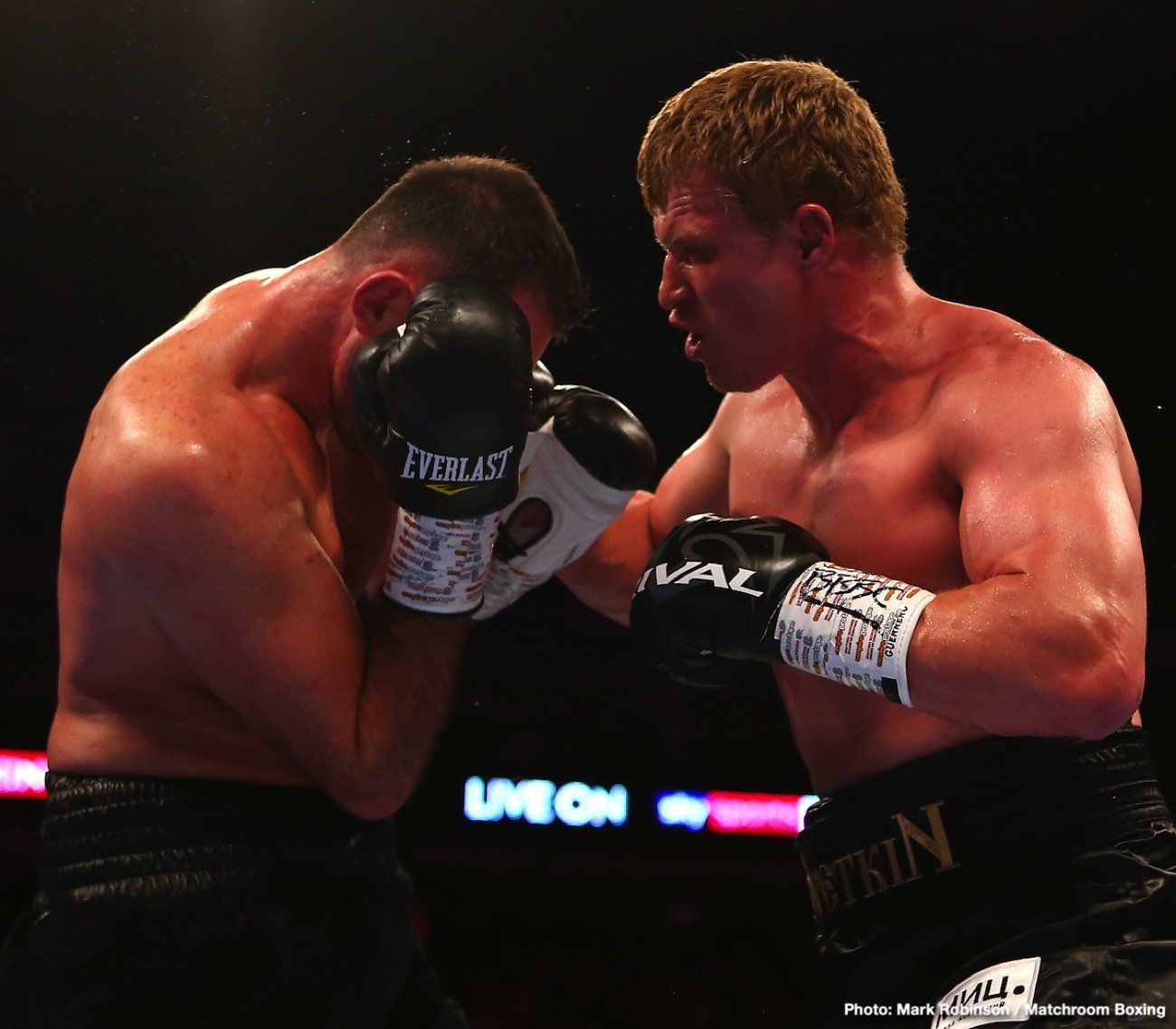 If Hughie loses to Wach, he may need to reassess his career goals and aim towards the domestic level. Losing to Wach will show that Hughie is unfit to compete at the world and the European level.

Hughie Fury no longer ranked in the top 15

After years of being highly ranked but without ever having beaten anyone to deserve that high ranking, Hughie is now out of the top 15. The 6’6″ Hughie badly needs a victory over the 6’7″ Wach on Saturday night to get back in the top 15.

Fury may have picked the wrong guy, though, considering he is still fighting at a high level despite his age. Wach gave an out of shape Dillian Whyte all he could handle last year in December on the Joshua vs. Andy Ruiz Jr II card in Saudi Arabia. 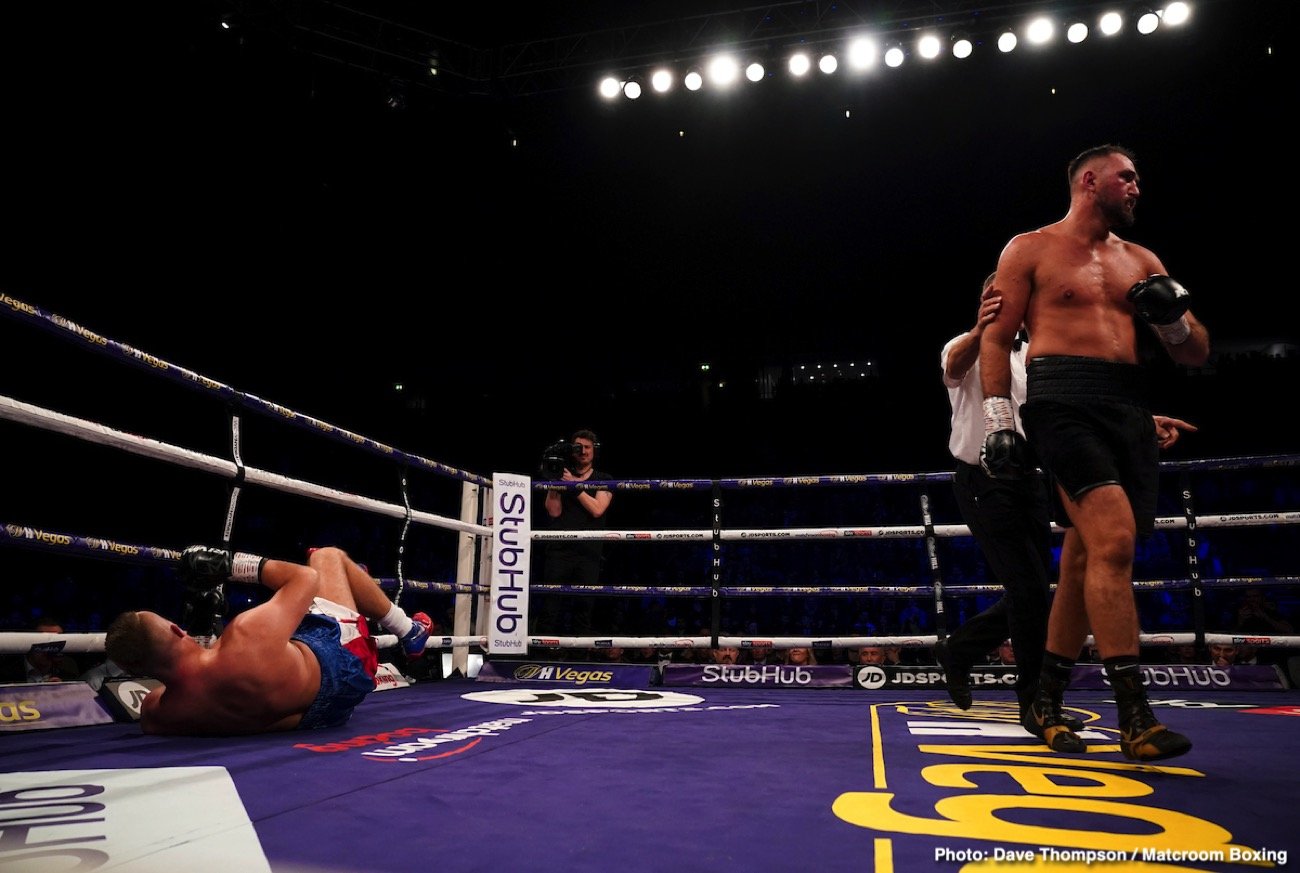 In Wach’s last fight, he defeated journeyman Kevin Johnson by a lopsided 10 round unanimous decision last June. For Wach to easily beat a capable fighter like ‘Kingpin’ Johnson, it shows that he still has a lot left in the tank.

Wach looks improved from the fighter that lost three straight fights to Artur Szpilka, Jarrell Miller, and Martin Bakole from 2018 to 2019.

“I’m not proud until I achieve my goals,” said Hughie Fury to Matchroom Boxing.

He’s a tough man, Mariusz Wach. He’s been in there with some great fighters, pretty much everyone. I’m looking forward to doing a job on him,” said Hughie.

The defeats for Fury against Povetkin and Pulev were world title eliminators, which he did little to deserve. In Hughie’s loss to Parker, he challenged for his WBO world title.

Some boxing fans believe that Hughie has been given so many opportunities because he’s related to Tyson Fury. Unfortunately, it’s hard to argue against that belief because he’s no one of note during his seven-year career.

“I only believe in what I was born for, and that is to fight,” said Hughie. “It’s in our blood. Fighting men we are.

“So go and do the job. People probably think I’m a 40-year-old because of how long I’ve been around,” Hughie continued. “But I have been in with good fighters, and I’ve been in the trenches. 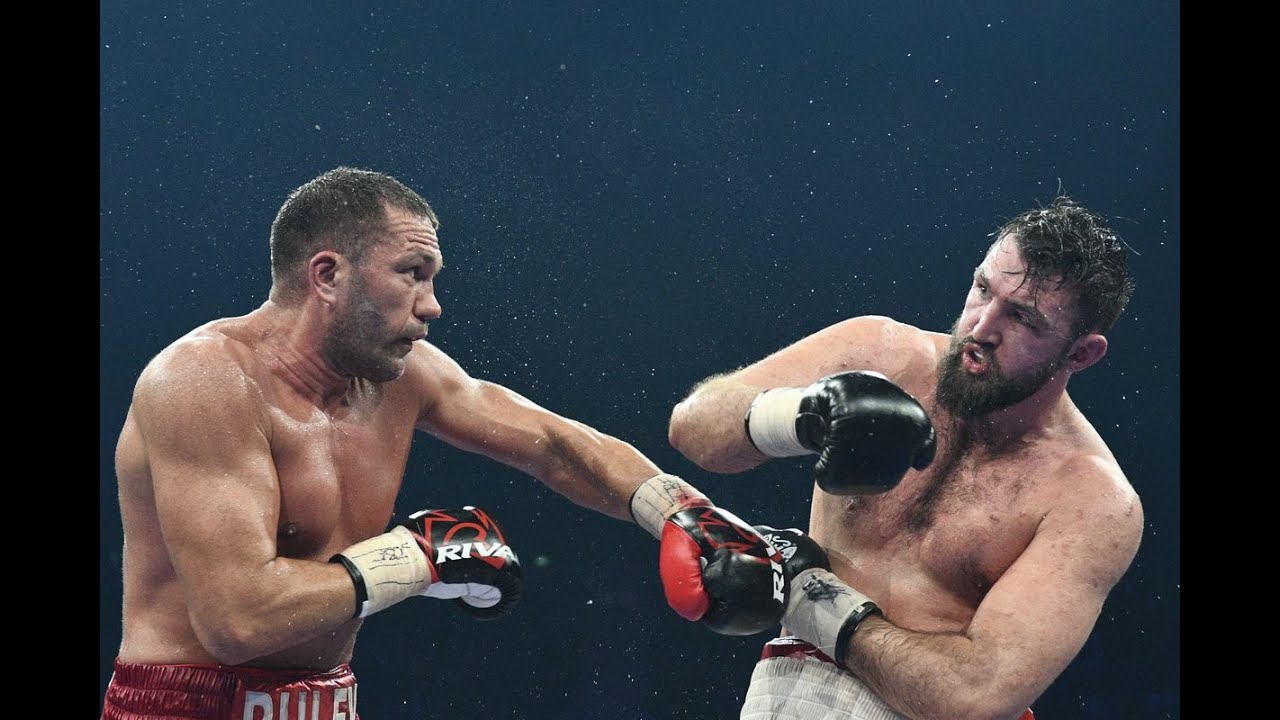 “My eyes have come open from the second round, and it’s all experience coming through. You can’t help, but we’ve been in these big fights but learned.

“There’s a true saying that you get put in the deep end, and you learn. But I believe everything happens for a reason. It’s given me more time to learn, more time to progress, and it’s made me what I am today,” said Fury.

Hughie still fights with the same amateur style he had when he turned pro in 2013, and he’s been slow in changing that style.

Although Hughie is 26, he looks like a fighter in their late 30s to early 40s. He appears to be aging quickly and looks older than the 32-year-old Tyson Fury.

Obviously, that’s not something Hughie can do anything about. Still, it does mean he’s going to have to speed things up and dramatic overnight improvements if he wants to go anywhere with the remaining time he has with his career.

Hughie to let his fists do the talking

“I’m looking forward to now is getting all that experience behind me, and moving on and achieving my goals,” said Hughie. “And I’m actually a natural left-hander, but we’ve completely changed things up and down, and it’s made me flow more and made my orthodox a lot better as well. 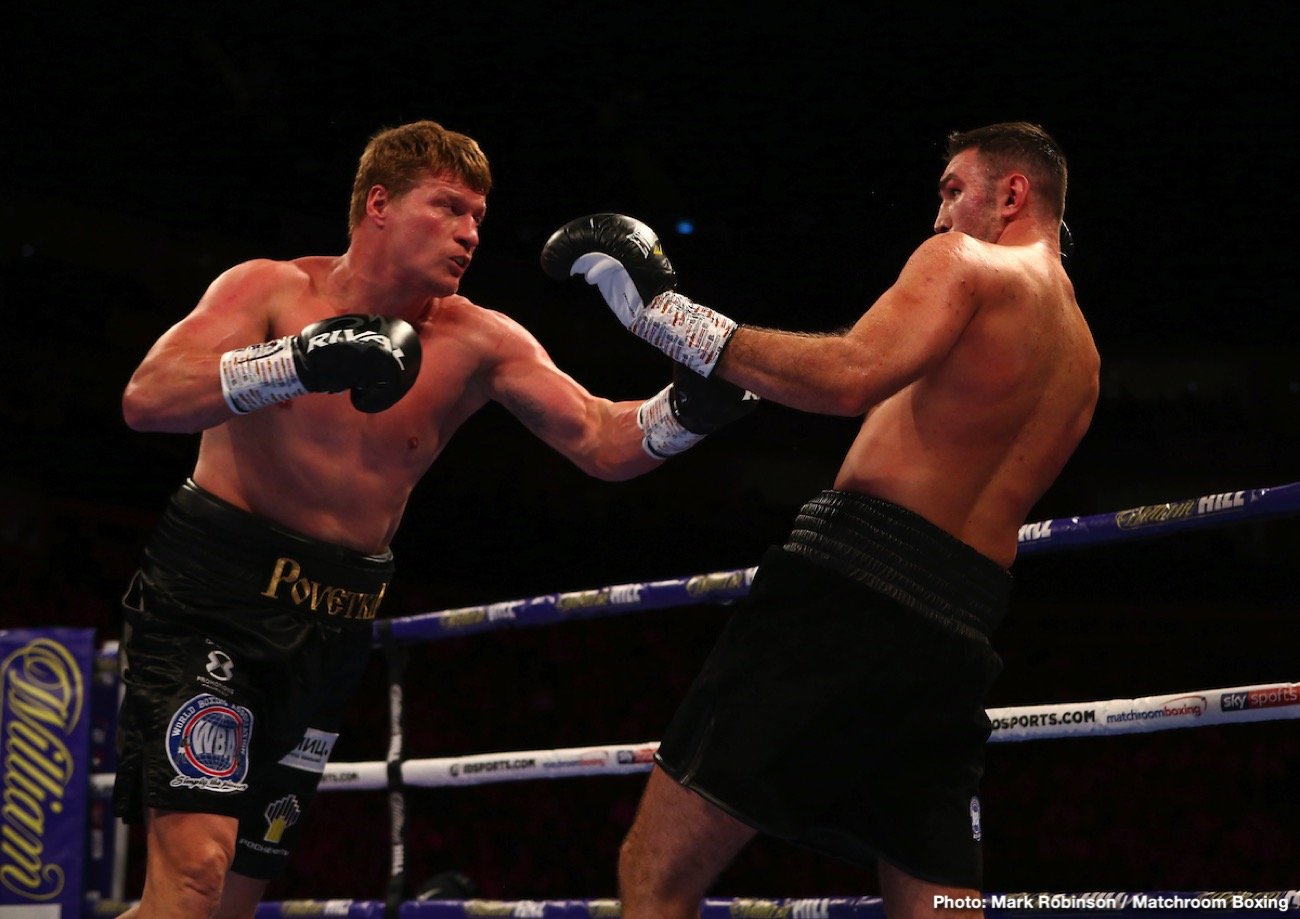 “I’m throwing the right hands and stuff. As I said, everything now is completely changed. I’m just looking forward to getting back in the ring and people seeing the difference from all the hard work that I put in. All the training we’ve done,

“Listen, all I say is you can see on the night. I’m not much of a talker. I’ll let my fists do the talking,” said Hughie.

Fury will need to be a lot more aggressive than what we’ve seen in many of his fights. Hughie is too defensive for his own good, and he lacks variety with his offense. He throws jabs and straight hands, and that’s about it. 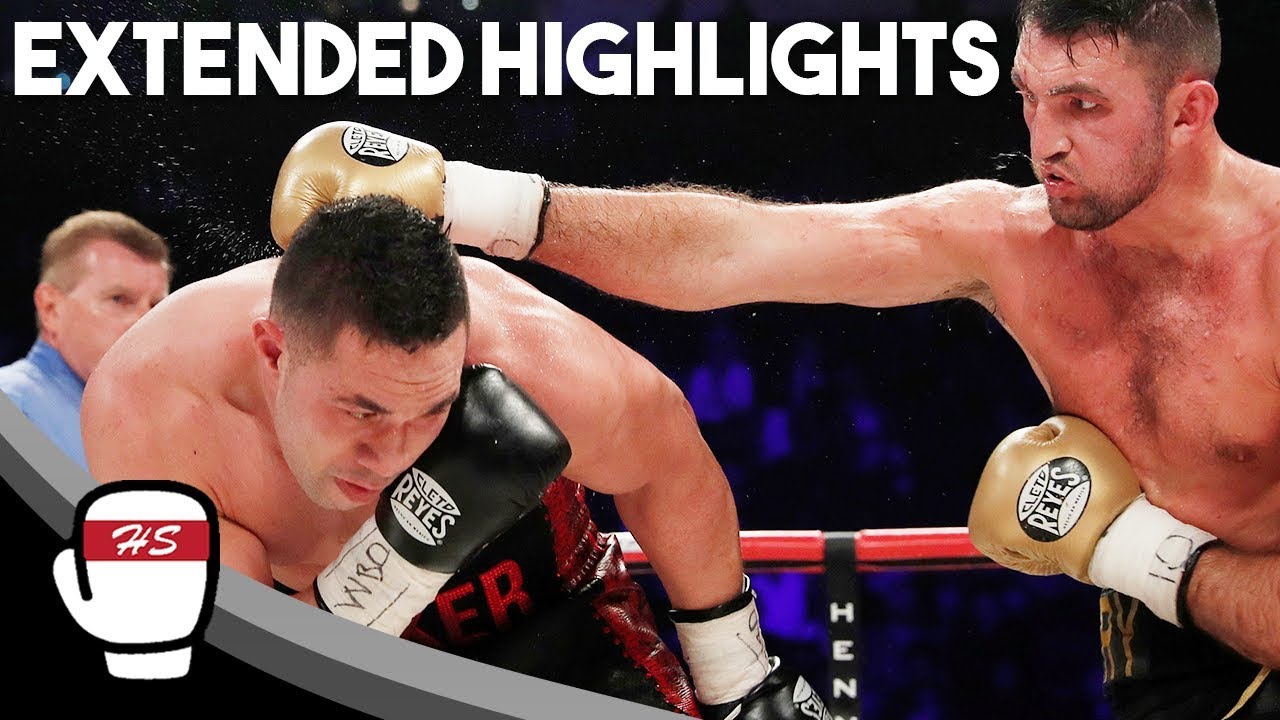 After all these years working with his father, Peter Fury, Hughie should have improved his offense to do more.

Wach is a much better fighter offensively than Hughie, and he’s capable of throwing a lot more punches than him. Let’s hope that Fury does let his hands go because it could get ugly if he fails to do so.

It’s almost a given that Wach will outwork Hughie and force him to hold excessively as he did in his three defeats. The fight is taking place in London, which makes Hughie the hometown fighter.

It won’t help Hughie’s career if he is given a controversial decision because that will only mask the underlying problems that he has with his game. For Hughie to beat the upper-tier heavyweights, he’s got to throw more shots and needs to develop power.

We’ve heard excuses about his acne draining his strength and his various injuries. The excuses don’t work anymore because they don’t explain away the fact that Hughie has shown himself to be incapable of beating the better fighters.