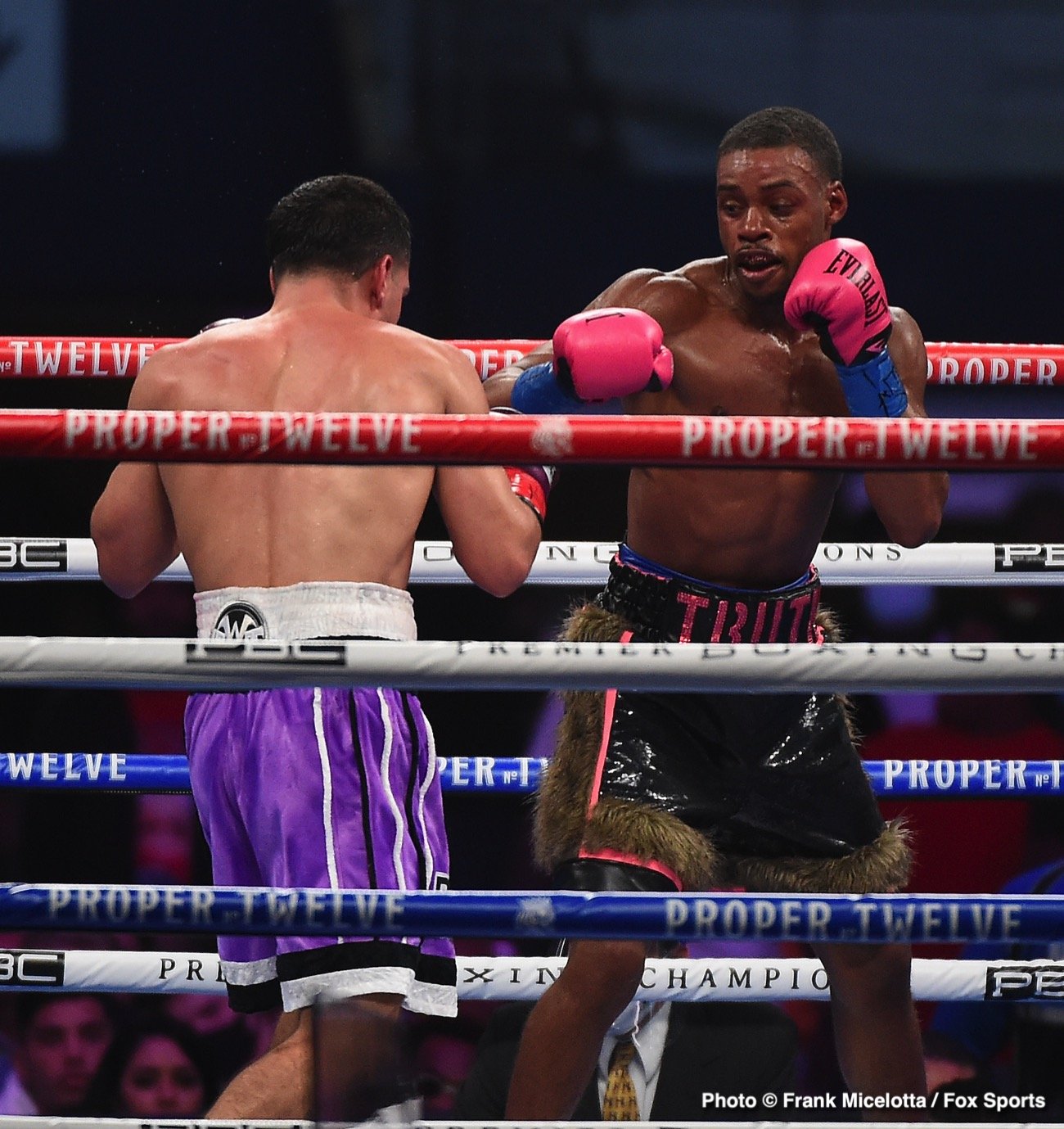 By Mark Eisner: Errol Spence (27-0, 21 KOs) showed tonight that he’s fully recovered from his car crash in defeating Danny Garcia (36-3, 21 KOs) by a 12 round unanimous decision to retain his IBF/WBC welterweight titles at the AT&T Stadium in Arlington, Texas.

Spence was too fast, too big, and too busy for former two-division world champion Danny ‘Swift’ in their main event fight on Fox Sports pay-per-view. Garcia, 32, was too defensive for his own, and he wasn’t able to match Spence’s workout.

IBF/WBC welterweight champion Spence (26-0, 21 KOs) is coming off a 15-month layoff since his 12 round split decision victory over Shawn Porter in September 2019. Spence, 30, would have returned earlier this year in January if not for a car crash on October 10th last year in Dallas, Texas.

No tune-ups for Spence

Many boxing fans have second-guessed Errol and his team for his decision to go straight into a title defense against the dangerous former two-division world champion Danny ‘Swift’ Garcia rather than taking a much-needed tune-up fight to get his bearings.

We don’t know how Spence will be able to handle getting hit with headshots after what he went through in being ejected from his Ferrari Spyder in his terrifying car crash. Spence flew through the windshield of his Ferrari as it tumbled three times.

Somehow, Spence landed on the pavement without breaking any bones during the crash. Errol’s car was smashed beyond recognition, and it’s likely that if he had remained seat-belted into the vehicle, he might have been seriously injured.

Spence took a long time to recover from the injuries that occurred in the crash, and he gained a lot of weight while he was healing. The weight needed to be taken off before he could finally return.

Spence’s weight proved to be almost difficult for him to come back from than his injuries, as he looked like an out of shape cruiserweight by the time he started training.

Instead of fighting Spence, Garcia, 32, returned to the ring on January 25th in beating Ivan Redkach by a one-sided 12 round unanimous decision in Brooklyn, New York.

Garcia took a lot of heat for his failure to stop Redkach, who was there to be stopped if Danny had thrown more punches.