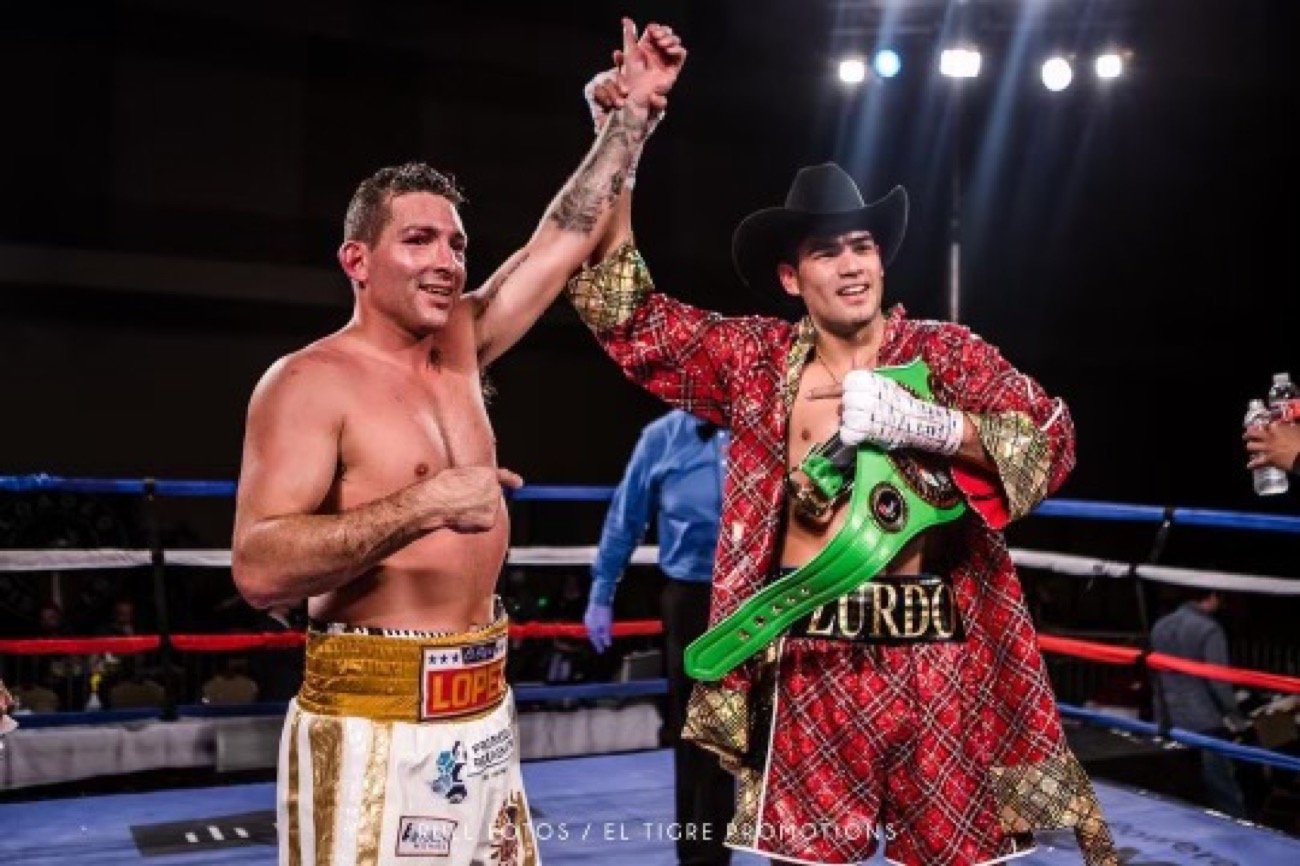 The 29-year-old Ramirez displayed his world-class boxing skills and tremendous athleticism from the start, dropping Lopez in the fourth, but the defending champion was resilient right up until the very end. The ringside physician examined Lopez’ swollen right eye after the ninth round and when Ramirez floored Lopez with a right hook in the 10th, the referee waved off the fight. Lopez had his 10-right win streak snapped and Ramirez put reigning world light heavyweight champions Artur Beterviev (WBC & IBF) and Dmitry Bivol (WBA) on notice. Ramirez is ranked No. 1 by the WBO, as well as being WBA #45, WBO and IBF #7.

“I’m glad I was able to get a fight in this year.” Martinez said. “Alfonso was tough as a bull and kept coming like the true warrior he is but overall, I’m happy with my performance. I felt some ring rust in the beginning, but I’m glad I was able to get back to my old form quickly. This was challenge as a fighter and a promoter, but I plan on doing more shows in the future and appreciate all my partners that helped out in the process (ie fite tv, el tigre promotions, and be def sports). Glad I have this one out the way and on to next one.”

World-rated heavyweight and 2012 U.S. Olympian, Michael “The Bounty” Hunter (19-1-1, 13 KOs), continued his mission to be world heavyweight champion, outclassing West Virginia’s Shawn Laughery (10-4, 6 KOs) in the 10-round co-featured event, closing the show in the fourth round with his second knockdown. Hunter is rated among the top 10 heavyweights in the world by the four major sanctioning bodies: IBF #4, WBO #8, WBC #9 and WBA #10.

California featherweight Jose Maria “Chema” Delgado (6-0-4, 2 KOs) can’t catch a break, at least not in the United States, where he fought to a draw for the fourth time last night against Armando Frausto (8-2, 5 KOs). Delgado’s six pro wins have all come in fights held in Mexico. Delgado and Frausto were fighting for the vacant American Boxing Organization (ABO) featherweight title that remains open.

Undefeated lightweight Juan Velazquez (6-0, 4 KOs) overwhelmed fellow Houstonian, Alexis Chavarria (4-3-3, 1 KO), putting him away in round two after pummeling him from the opening bell.

Texas middleweight Charles “Pretty Bad Boy” Baylor (1-0, 1 KO) dominated fellow Texan Joel “The Assassin” Munoz (0-2) up until the latter’s corner ended the fight, Houston junior middleweight Raynard “Alief Ali” Talib, Jr. (3-0, 1 KO) overcame a first-round knockdown and a cut over his right eye to edge Adam “AD” Ealoms (4-19-3, 2 KOs) by way of a four-round unanimous decision (38-37 X 3), and the junior middleweight fight between pro-debuting Apostle Arias (0-0-1) and Lucas “God First” McDonald (0-5-1) ended in a technical draw, because McDonald was unable to continue fighting in the fourth round due to a serious cut resulting from an accidental headbutt.

Also fighting on the undercard, Houston’s Breyon Gorham improved to 7-0 (6 KOs) with a third-round technical knockout of Anthony Curtiss (2-7, 2 KOs), who managed to beat the count but was deemed to unsteady by the referee to continue fighting, and Delmonte “Sugar Bear” Randle (1-0, 1 KOs) won his pro debut when Jarvis Lee (0-3) retired after round one.

The middleweight fight between Ivan Vazquez (5-0, 4 KOs) and Charon Spain (2-14-2, 1 KO) was canceled after Vazquez tested positive for COVID-19.