Brook (39-3, 27 KOs) was leading on two of three judges’ cards entering the fourth round, but it was Crawford (37-0, 28 KOs) who unleashed the boom. A right jab forced Brook into the ropes for a knockdown. The end was near, as Crawford unleashed a combination that prompted referee Tony Weeks to stop the fight.

Crawford has now won eight straight fights by knockout dating back to July 2016.

NEWS:   Luis Nery & Brandon Figueroa Square Off on May 15th

“I already said who I want {next}. I want Pacquiao. I want to revisit that fight,” Crawford said. “That was a fight that should’ve happened right now. But being that the pandemic happened, and they weren’t going to allow fans in the Middle East, they had to put a hold to that. Everything was 95 percent done. We had the venue. The money was almost there. It wasn’t quite there. That was the only thing we were waiting on.

“Kell is a tremendous talent. He came and he tried to take my title. He was in shape. He made the weight. There were no excuses to be put on the table. He came off of three wins.”

Added Brook, “Never in my career, nobody has ever done that to me in sparring or anything.

“It was one of them… I got caught with a shot I didn’t see. I’m gutted because nobody could’ve gotten me in better condition. I was bang on the limit. Maybe I could’ve been a bit more relaxed and loose and let the shots go.”

Top Rank chairman Bob Arum said, “Terence Crawford showed, once again, why he is the best welterweight in the world. It was a dominating performance over a very good fighter in Kell Brook. Terence ranks up there with all the great welterweights I’ve promoted.”

After a 26-minute replay review, controversy reigned supreme. WBA super flyweight world champion Joshua Franco retained title via no decision over Andrew Moloney. Franco dethroned Moloney back in June via unanimous decision, and in the rematch, Moloney controlled the first two rounds before the bout was stopped. The injury sustained by Franco in the first round caused the fight to be halted following the conclusion of the second.

Moloney said, “They took this away from me. The injury was caused by a punch. I can’t believe this.

“I was in control of the fight and on my way to a clear victory. I deserved this win. I landed 50 punches on that eye. It was not even close.”

Added Arum, “This is an absolute disgrace. There was no headbutt.  Andrew Moloney should be the new champion.”

Middleweight: Tyler Howard (19-0, 11 KOs) UD 8 KeAndrae Leatherwood (22-8-1, 13 KOs). Scores: 77-73, 77-74 and 76-74. “Hercules” Howard returned from a nearly 18-month layoff to pick up the most significant victory of his career. In a closely contested bout, Howard dropped Leatherwood in the closing stages of the eighth round to clinch the decision.

Featherweight: Duke Ragan (3-0, 1 KO) UD 4 Sebastian Gutierrez (2-1-1). Scores: 40-35 2x. Ragan, a top prospect from Cincinnati, Ohio, cruised to the win after knocking down Gutierrez in the second round.

Bantamweight: Vegas Larfield (2-0, 2 KOs) TKO 3 Juan Alberto Flores (2-1-1), 1:07. Larfield, who trained with Andrew Moloney to prepare for this bout, made a memorable American debut, scoring two knockdowns in the third round. Entering the third round, two judges had the fight even, while the third had Flores ahead 20-18.

Lightweight: Raymond Muratalla (11-0, 9 KOs) TKO 3 Luis Porozo (15-5, 8 KOs), 2:40. Muratalla upped his KO streak to six with a statement-making performance over the former Ecuadorian Olympian. Muratalla, who is trained by Robert Garcia, notched a pair of knockdowns in the third round. 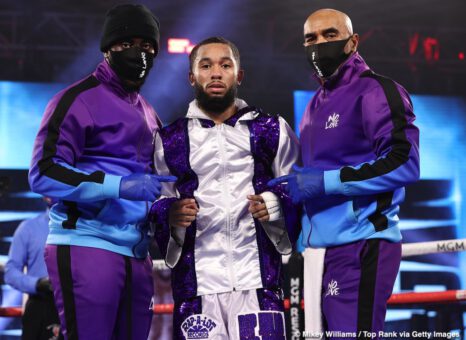 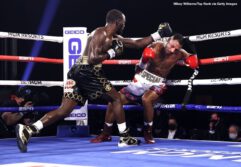 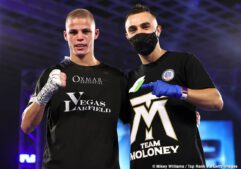 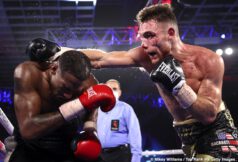 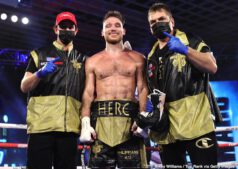 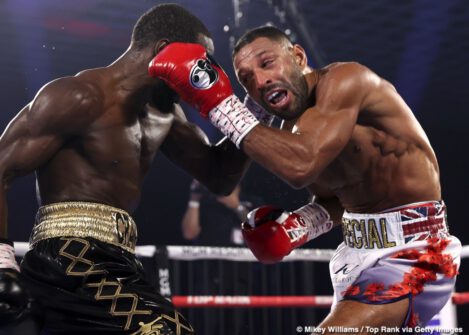 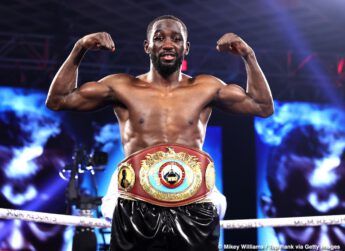 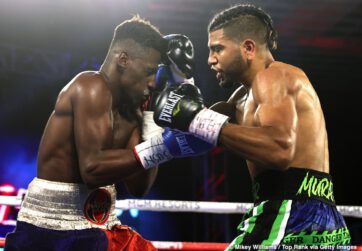 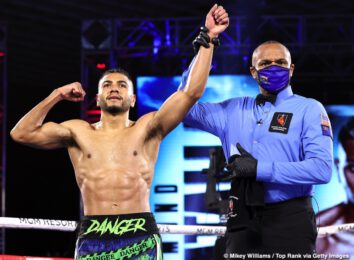 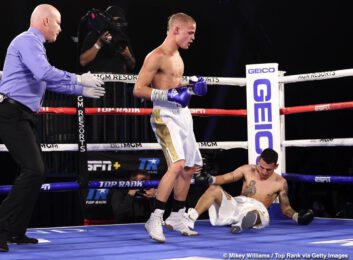 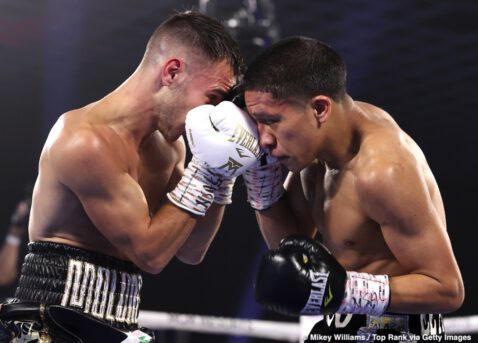 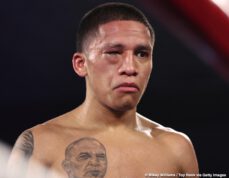 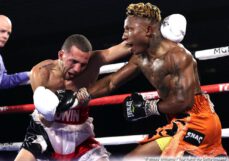 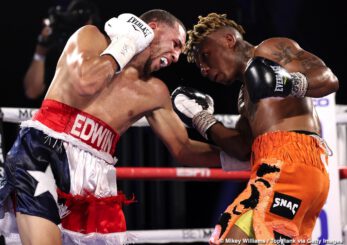 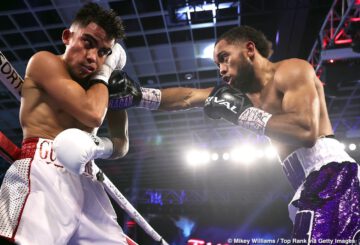