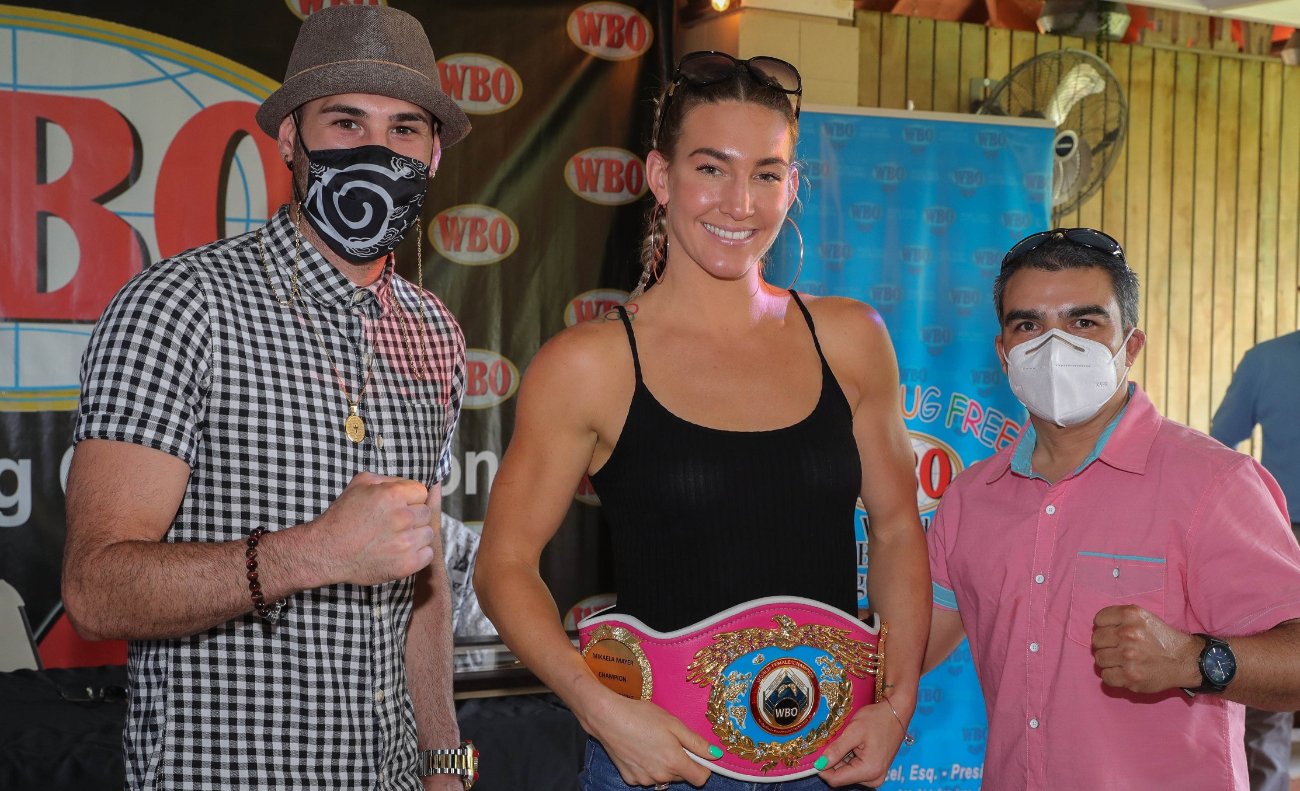 During the event, a special recognition award was given to Super Middleweight sensation Edgar Berlanga (15-0, 15 KOs), of New York.

“She deserves it,” Valcarcel, Esq. said, “She was an Olympian, she has beaten several Puerto Ricans boxers like Kiria Tapia in the amateurs. She is an incredible person and has a great desire to be a world champion. She always told me of her interest in fighting for the title and she made it in a big way against Ewa Brodnicka, who at the time had five successfully world title defenses. It’s a great pleasure and honor to have Mikaela Mayer here”.

“My opponent left the belt in the dressing room in fight night. Been here (in Puerto Rico) definitely made it very special and thank you all for having me here. I’m enjoying this little trip and excited to represent women’s boxing and the WBO World Champions for now on”. 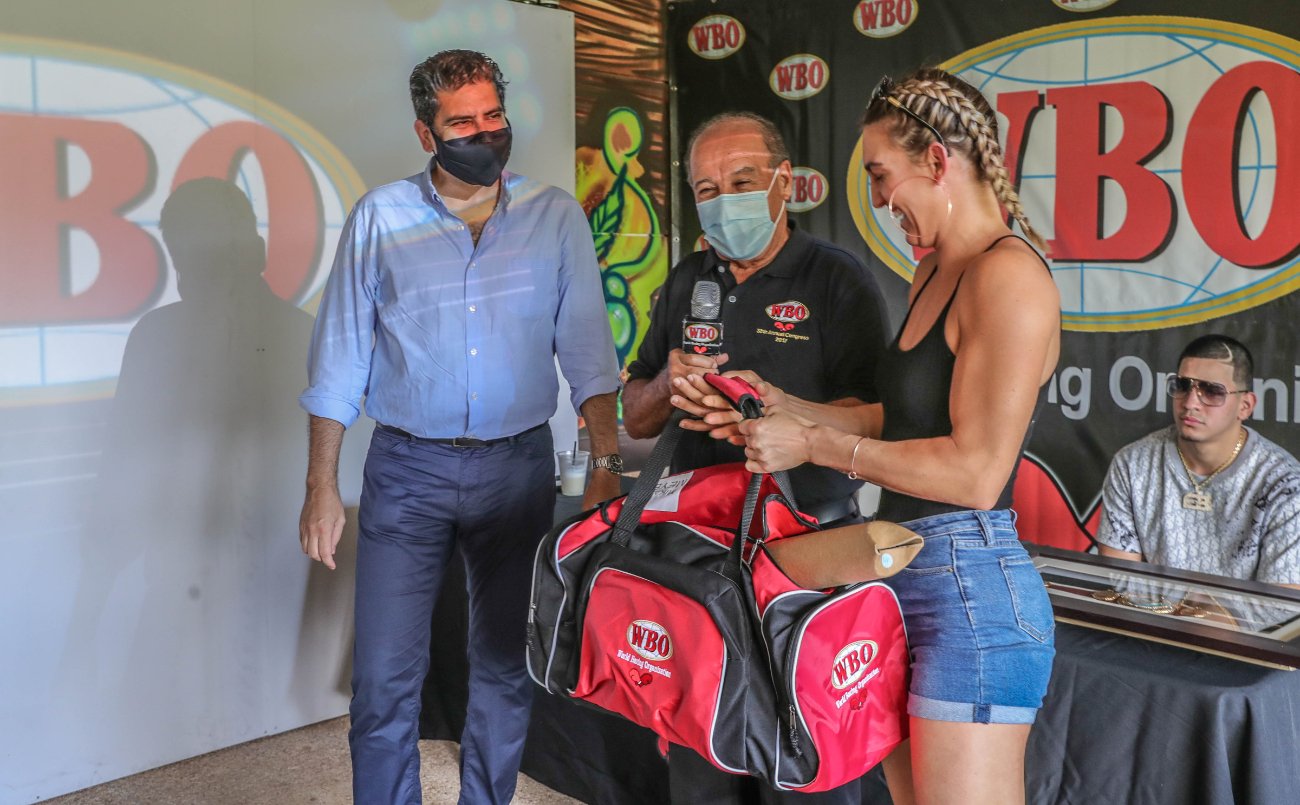 Berlanga, ranked ninth in the Super Middleweight Division by the WBO, was awarded a special WBO mini belt at the event for his spectacular ring performance. The knockout artist has been victorious in all of his fights via KO in the very first round. Three of his opponents had never been knocked before facing him. Berlanga’s power has been evident, drawing the attention of the fans and the world of entertainment.

“Berlanga has to be a super gifted athlete because having all of his knockout wins in the first round at Super Middleweight says a lot. We are recognizing him on this day to give him motivation and he has a future in our organization. If he matures as he looks, he may become a world champion in the future. The sky is the limit,” Valcárcel, Esq. said.

“Thank you all for being here and for their support. WBO, President Paco, thanks for everything. Gracias, and soon we are going to bring the WBO world title back to the island,” Berlanga said.

The event took place at the Atirantado Bar & Grill, located in the city of Naranjito, Puerto Rico. 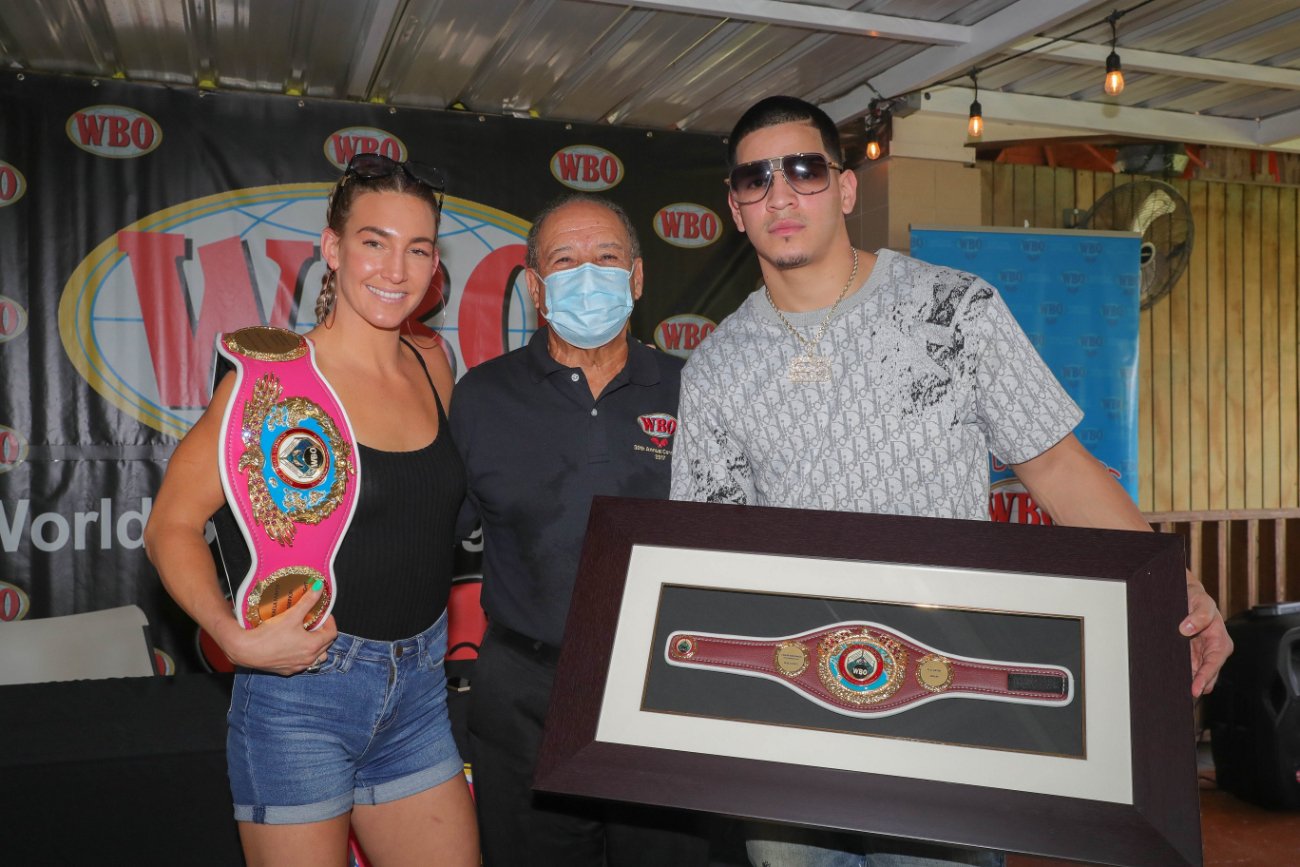 Josh Kelly vs. David Avanesyan co-feature on Whyte vs. Povetkin II on Jan.30 »