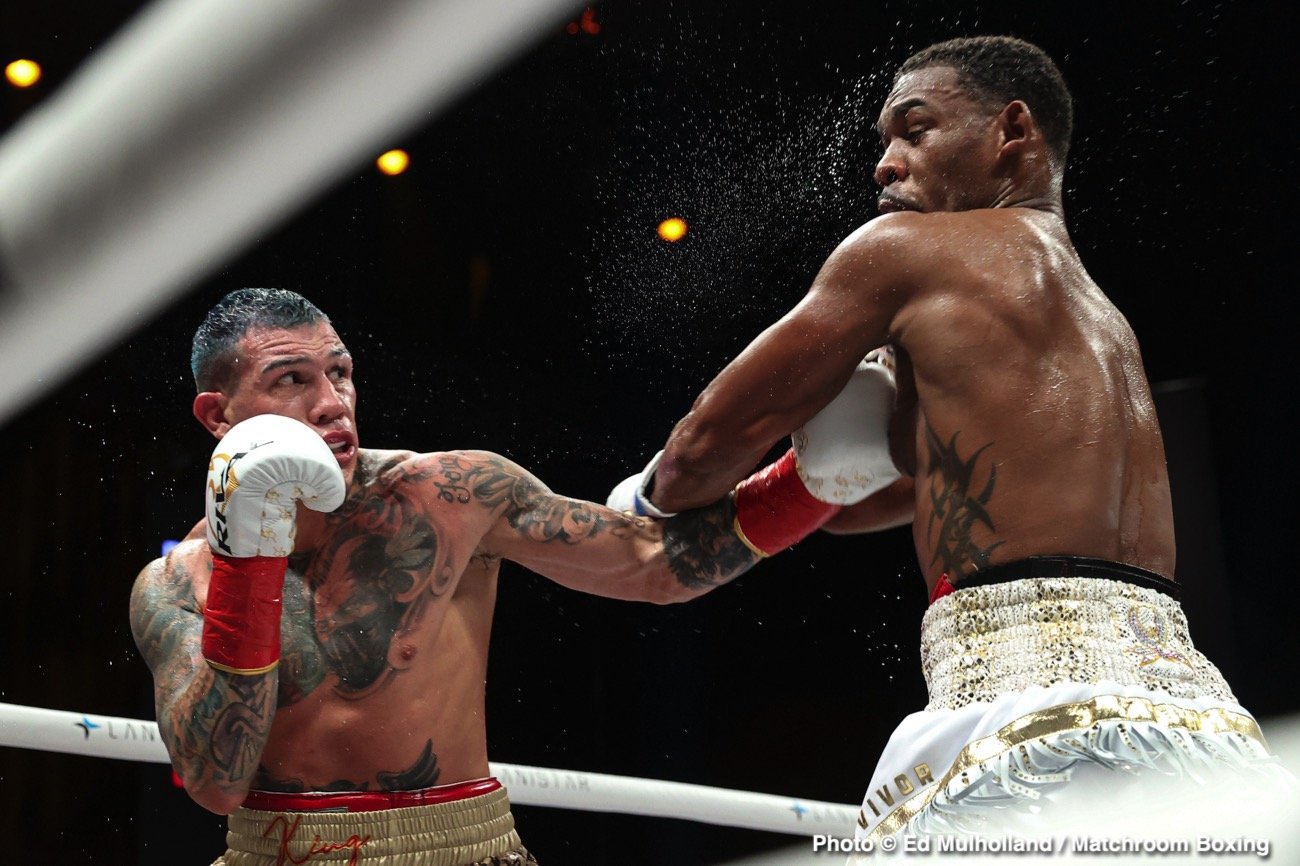 By Mark Eisner: Daniel Jacobs (37-3, 30 KOs) won a close 12 round split decision against Gabriel Rosado (25-13-1, 14 KOs) on Friday night at the Seminole Hard Rock Hotel and Casino, in Hollywood, Florida.

“I don’t think I had the best performance,” said Jacobs. “I didn’t think it was that close. I thought it was a boxing sparring match inside the ring. It was weird without the fans.”

“I thought I won the fight,” said Rosado. “I outboxed him, I out-jabbed him. I caught him off guard. He landed more shots against Canelo and GGG. He was as surprised as I was [that he won. This guy went to battle with Canelo and GGG. When it was time to exchange, he didn’t want to.

“He was the one that was clinching. Since 2014, I haven’t been cut. I thought I’ll let him get emotional and I’ll use that against him. I’m a veteran, it’s a shame. I don’t know why they didn’t give me the decision. I applied pressure when I had to. I thought I won today,” said a disappointed Rosado.

The performance from Jacobs wasn’t the type that he needed for him to entice GGG and Canelo to give him a rematch, which is what he’s pining away for.

With that said, Jacobs has a high enough ranking for his promoter Eddie Hearn to get him a title shot against WBA 168-lb champion Callum Smith, WBO champion Billy Joe Saunders or IBF champion Caleb Plant.

Daniel Jacobs will be fighting in the main event tonight against Gabriel Rosado in a 12-round fight live on DAZN in a contest that will settle their personal issues, or at least that’s the official reason for this contest taking place.

Former IBF/WBA middleweight champion ‘Miracle Man’ Jacobs (36-3, 30 KOs) wants to get a feel for the super middleweight division, so he’s 160-pounder Rosado (25-12-1, 4 KOs). The two will be fighting at the Seminole Hard Rock in Hollywood, Florida. The start time for tonight’s Jacobs vs Rosado card is at 8:00 p.m. ET.

A win for Rosado would be a massive upset, as he’s being brought to give Jacobs an opponent to showcase his talent.

According to Jacobs, he intends on fighting a good opponent in his next fight after he deals with Rosado. Jacobs says he’s targeting fights against these champions:

Perhaps the real reason for Jacobs choosing the 34-year-old Rosado is it gives him a safe opponent to shake off the ring rust from 11 months of inactivity.

If Jacobs didn’t insist on taking this fight with Rosado, his promoters at Matchroom Boxing would have wanted him to take a dangerous fight against one of the world champions at 168.

That would mean Jacobs would have to jump into the deep end at super middleweight against the likes of WBA champ Callum Smith, IBF champ Caleb Plant or WBO champion Billy Joe Saunders.

Those would have been incredibly tough fights for Jacobs, especially given that his recent warm-up fight was against Julio Cesar Chavez Jr.  That match-up did nothing for Jacobs to experience what he’ll be dealing with when he goes after one of the champions at 168.

Daniel not taking any risks

The constant talk about Rosado being picked for Joshua for personal reasons is obviously an excuse to cover up the reality of Daniel wanting to take an easy fight after being out of the ring for a year. The last real fight Jacobs had was against Canelo Alvarez in May 2019.

That was a year and a half ago. Jacobs is hurting his career by being away from world-class for such a long period of time, but he’s financially set after the huge payday he got against Canelo.

Fighters that aren’t in a similar position as Jacobs financially would likely have opted to fight for a world title rather than wasting time with a fight against Rosado like Jacobs is doing.

The undercard fights for tonight’s Jacobs-Rosado card are as follows:

Who had the better career between Mike Tyson and Roy Jones Jr? »