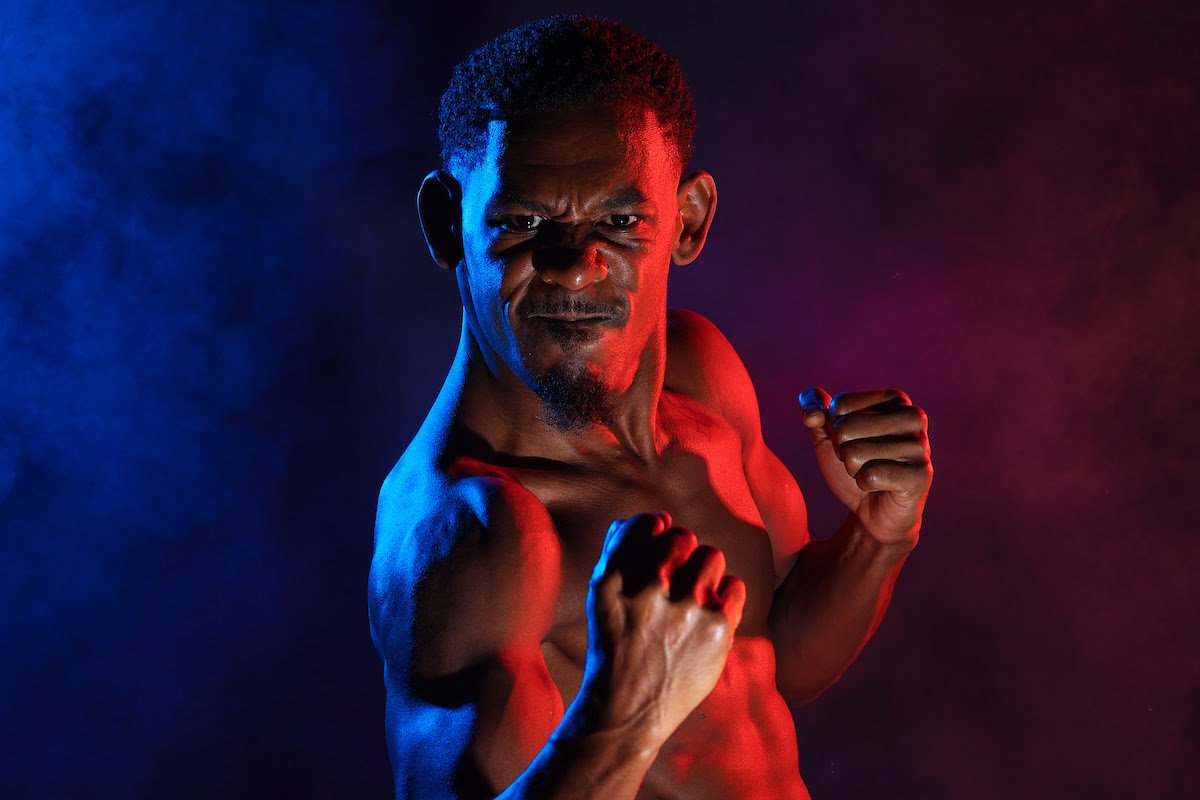 Daniel Jacobs has vowed to make Gabe Rosado eat his words when they settle their grudge in a Super-Middleweight showdown tonight at Hard Rock Live at Seminole Hard Rock Hotel & Casino Hollywood, Florida, live on DAZN at 8 pm ET.

Jacobs (36-3 30 KOs) is plotting a route to landing World honors at 168lbs to become a two-weight World ruler, but tonight, his mission is not just to send a warning to the Super-Middleweight division, but to silence Rosado (25-12-1 14 KOs).

The ‘Miracle Man’ is a two-time king at 160lbs but dipped his toe into the Super-Middleweight pond when he forced Julio Cesar Chavez Jr to quit on his stool after five rounds in December.

His second bout at the new weight pits the Brooklyn ace against Philly’s Rosado, and Jacobs says ‘King’ Gabe will pay for years of disrespect and trash talk.

“This is more personal than the other fights I’ve had,” said Jacobs. “I’ve boxed when me and the other guy don’t see eye to eye, but that wasn’t a personal thing; this is a personal thing. This guy has come out in public and said some really nasty stuff about me, this is settling a debt. 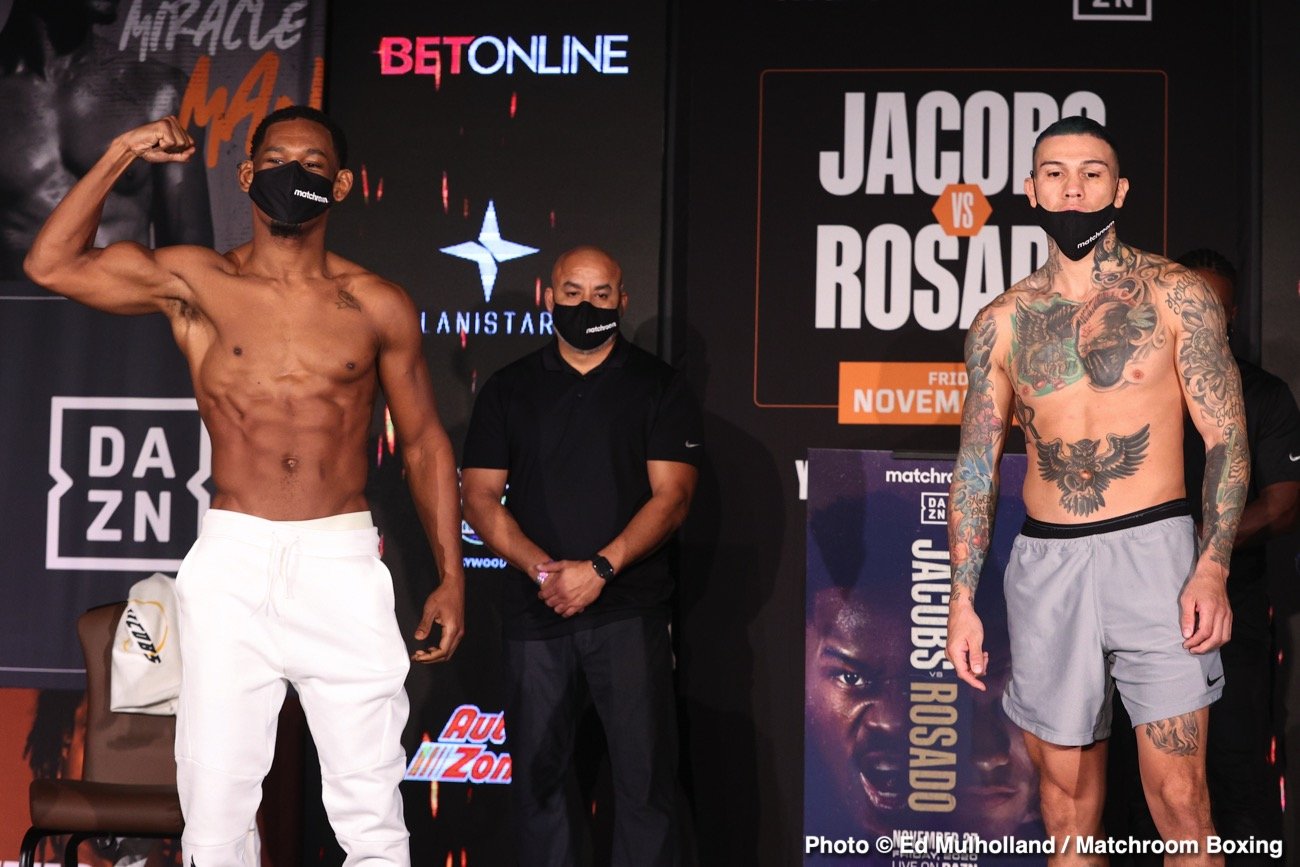 “Gabe is one of those guys that’s got under my skin with some of the things he’s said. He’s gone public and said I am a fake person when I was broadcasting, I am a fake Andre Ward, and I don’t deserve to be where I am at. I know that it’s sheer hard work and sacrifice to get to where I am, and I am still putting in that work to be one of the best in the world.

“His career didn’t pan out the way I think he wanted it to, and with me being his peer and coming up in the amateurs and then professionally together, it hurts him.

So, him wanting to steal the shine and kind of, say things to get under my skin so he can be in these kinds of fights, it worked. He’s getting what he wants, but I don’t think he understands what he’s in for.

“He says all these crazy things, I’m on a high-horse, but I’ve earned this. I’ve put in the work – from a 15 year old kid to a 33 year old man, I’ve done everything necessary to put myself in this position. 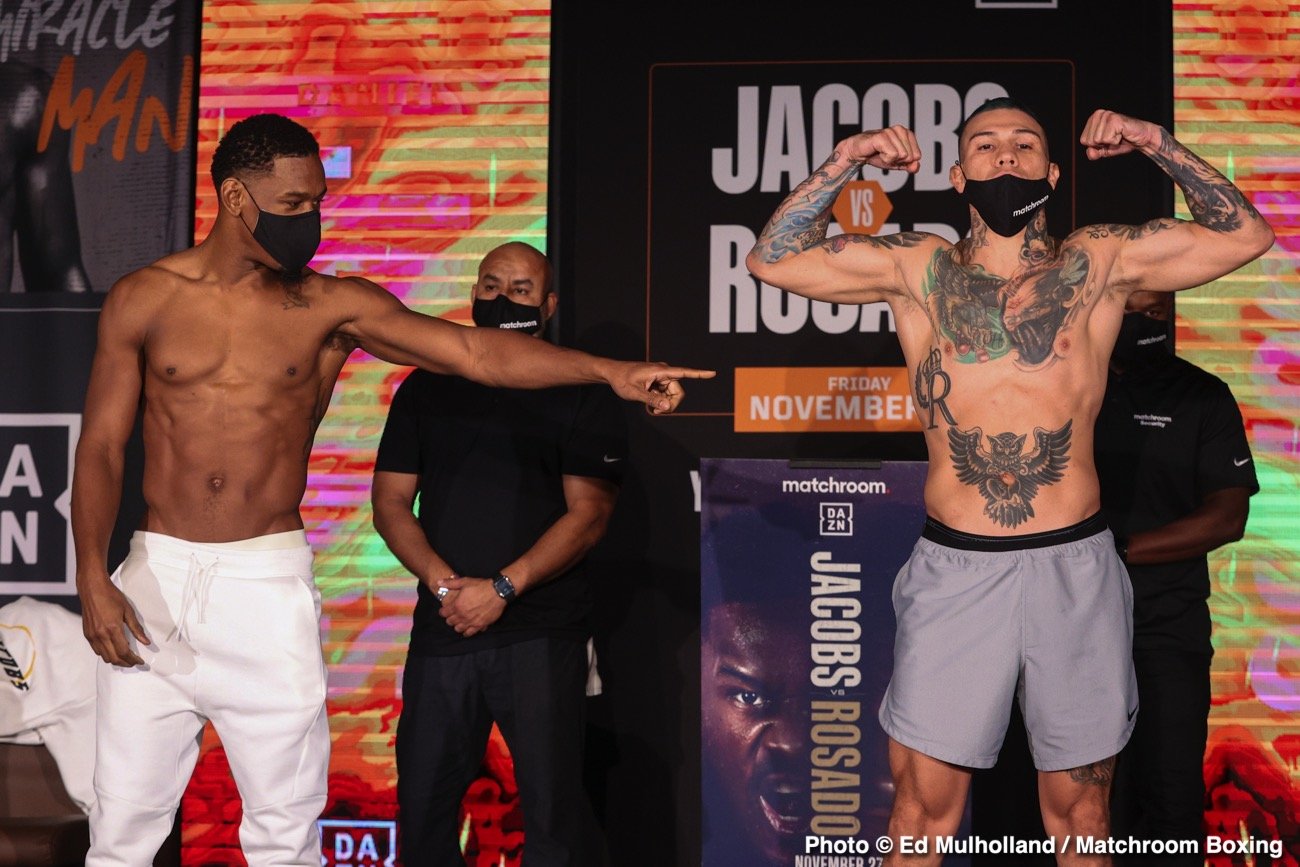 “He has a good ‘Rocky’ story to him, and I respect it, I don’t understand why he doesn’t respect where I come, because I come from the realest of the real, Brownsville, New York – never ran, never will. So, for me to not be respected, with all I’ve gone through to be where I am at, it’s time to show you, and you are going to be forced to respect me.

“In the perfect scenario, I would love to KO Gabe Rosado. I don’t want to do it in a brutal way where he gets hurt, I want us both to continue to have good careers, prizefight, make the most money for our families and ride off into the sunset. But as a competitor, I want to be able to create as much damage as I can, so he knows his words, he’s eating them – period.”

Jacobs and Rosado clash on a big night of action in Florida, where Kazakh Olympic gold medal man Daniyar Yeleussinov (9-0 5 KOs) steps up in class for his first title fight against former unified World Super-Lightweight champion Julius Indongo (23-2 12 KOs) with the vacant IBF Intercontinental Welterweight strap on the line. 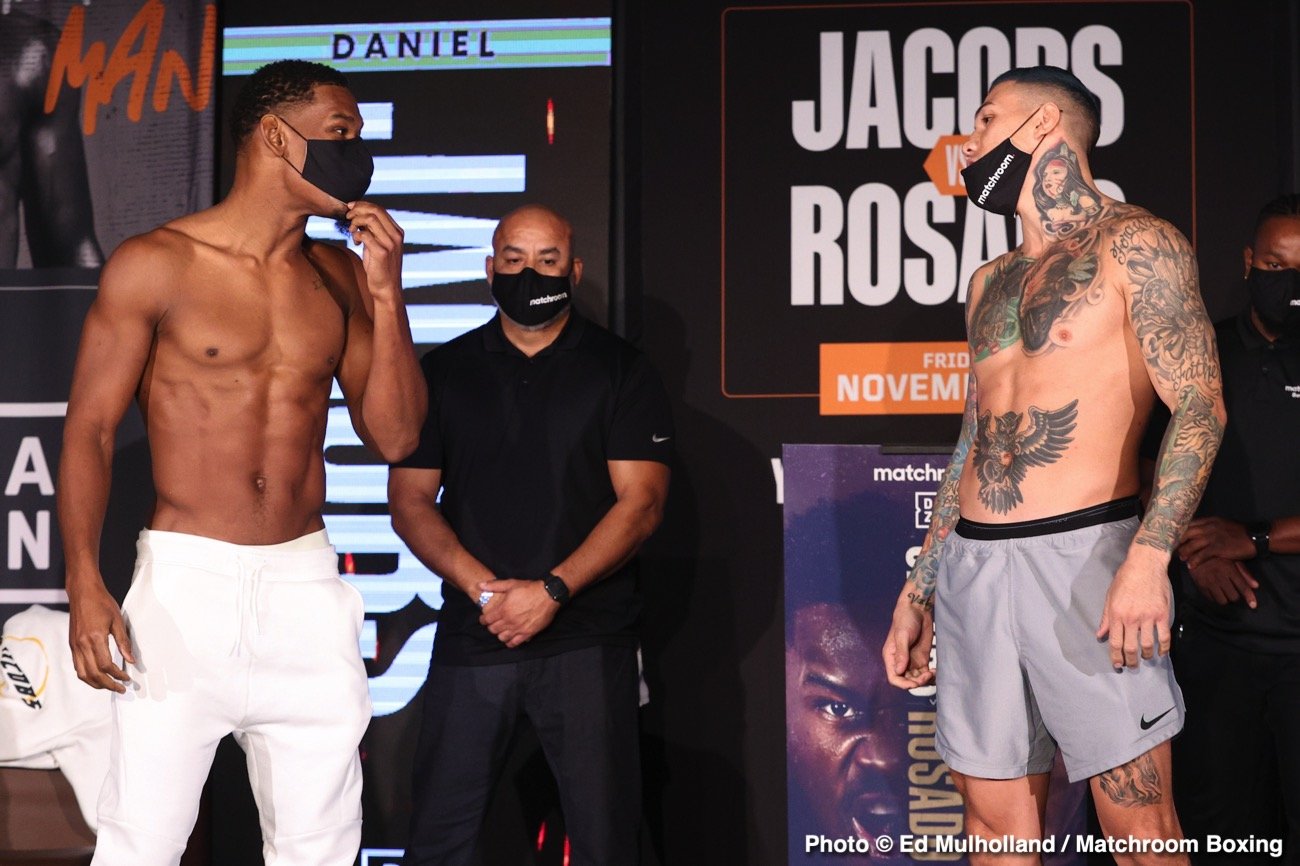 
« Hearn: Canelo will fight Saunders or Golovkin in May 2021 if he beats Callum