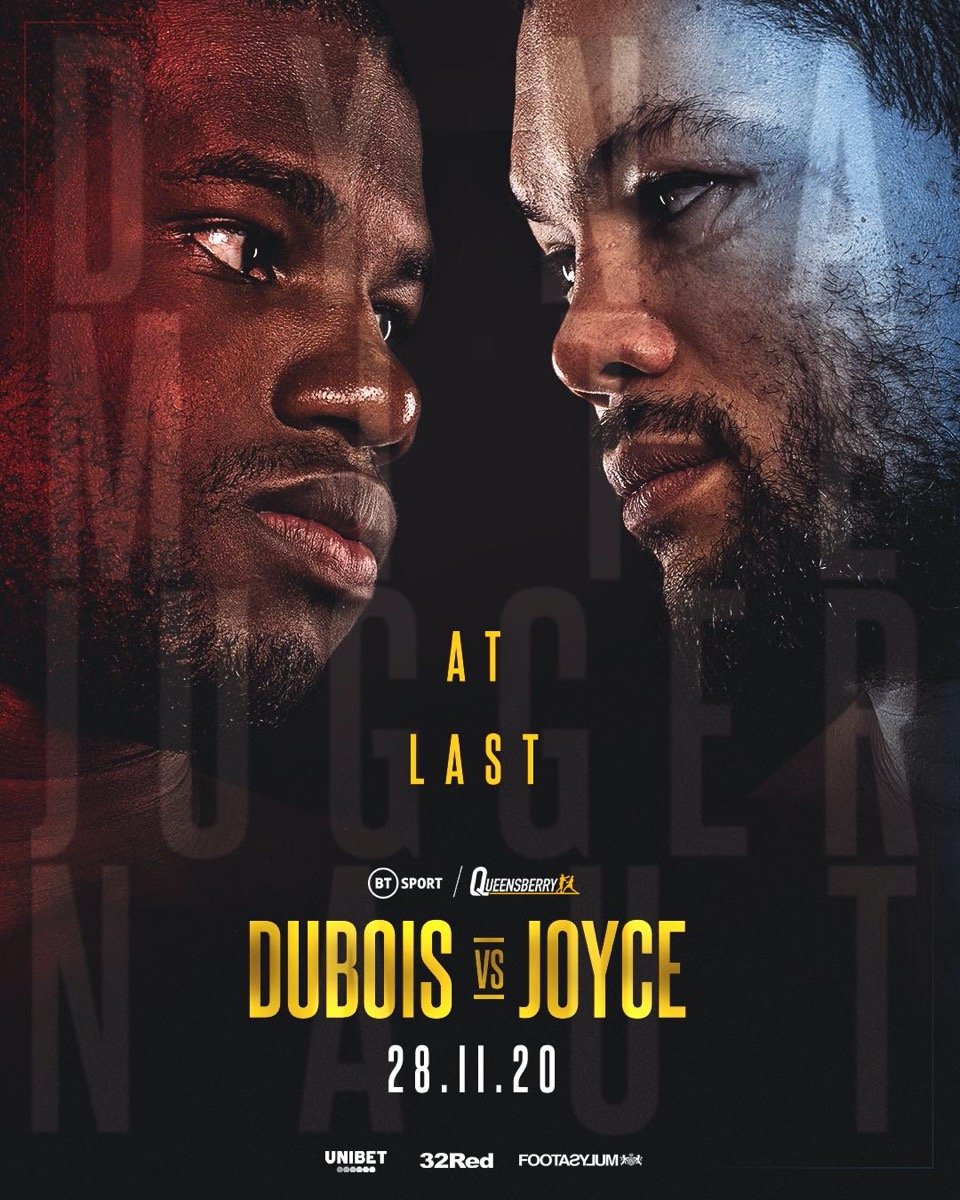 TOM LITTLE has felt the force of Daniel Dubois and Joe Joyce – but isn’t slow in giving his big fight prediction.

“I think Joe is going to beat him and I hope he does.” said Little.

Boxing is split over the outcome when the World’s top two Heavyweight prospects clash on Saturday November 28, live on BT Sport.

Little lost in five rounds when he faced Dubois in June 2018 and is often called up by Joyce for sparring.

He explained: “I have tossed back and forward over this fight. I’ve wrestled with it physically.

“When I say I want Joe to win, it’s not because I don’t like Daniel. I like Daniel, he is a nice boy and I have no hard feelings towards him.

“I just think it is a fight too early for him against someone who has big amateur pedigree and fought big names as a professional.”

Little revealed he has also been giving tips to Joyce ahead of the triple title clash where Dubois defends his British and Commonwealth belts, with the vacant European championship also on the line.

He added: “The first minute of that fight is going to be so important in the fact that Joe needs to take his jab away.

“I can tell you first hand, Daniel Dubois has got a jab like a straight right hand. It hurts a lot, believe me.

“Joe knows this. I have spoken with him about it. I genuinely think that Joe is capable of taking that jab away.

Little who had a bad-blooded build up when he fought Dubois in an English title clash also warned that his old rival is in for shock when he lands clean on Joyce.

He said: “Hand on heart. I hit Joe on the side of the head with a shot that I would have thrown in a pub. I literally bent down, scratched my ankle and threw the shot.

“It was the sort of punch you’d throw on a punch ball machine on a booze up. I threw it with everything and he went back a little bit, but came straight firing back into me in the spar.

“Hurting him is going to be a problem for Daniel, but none of us are machines or robots.

“It is genuinely a fight where you look and you can make such a strong case for both.”

Mole in the camp? Dubois sharing sparring partner with Joyce

DANIEL DUBOIS has dismissed concerns about his main sparring partner, Solomon Dacres, being signed to the same management firm as rival Joe Joyce by insisting “it won’t change anything.”

In just ten days, Dubois, considered by many to be the most exciting young prospect in Heavyweight boxing, takes on the biggest test of his short career when he steps up against the more experienced Joyce.

Preparations for such consequential scraps are usually shrouded in secrecy to ensure opponents don’t get sight of key tactics. Still, Dubois and trainer Martin Bowers are fully aware that this time, that’s not the case.

Since penning their deal Jones and Dacres have made no secret of the fact that the 27-year-old Birmingham bruiser has been flitting between the Peacock to spar Dubois and Stallards Gym in Surbiton to put Joe through his paces.

The 23-year-old Greenwich knockout artist said: “It’s not going to change anything on fight night. I’ve just got to get in there and put it all on the line. I’ll be ready for that.”

Asked whether he thought there was any intelligence on his preparations that Dacres could smuggle out to Joyce’s camp, Dubois added, “I’m changing all the time anyway. Right now, I’m on a different level to what I was last week. I keep stepping up.” 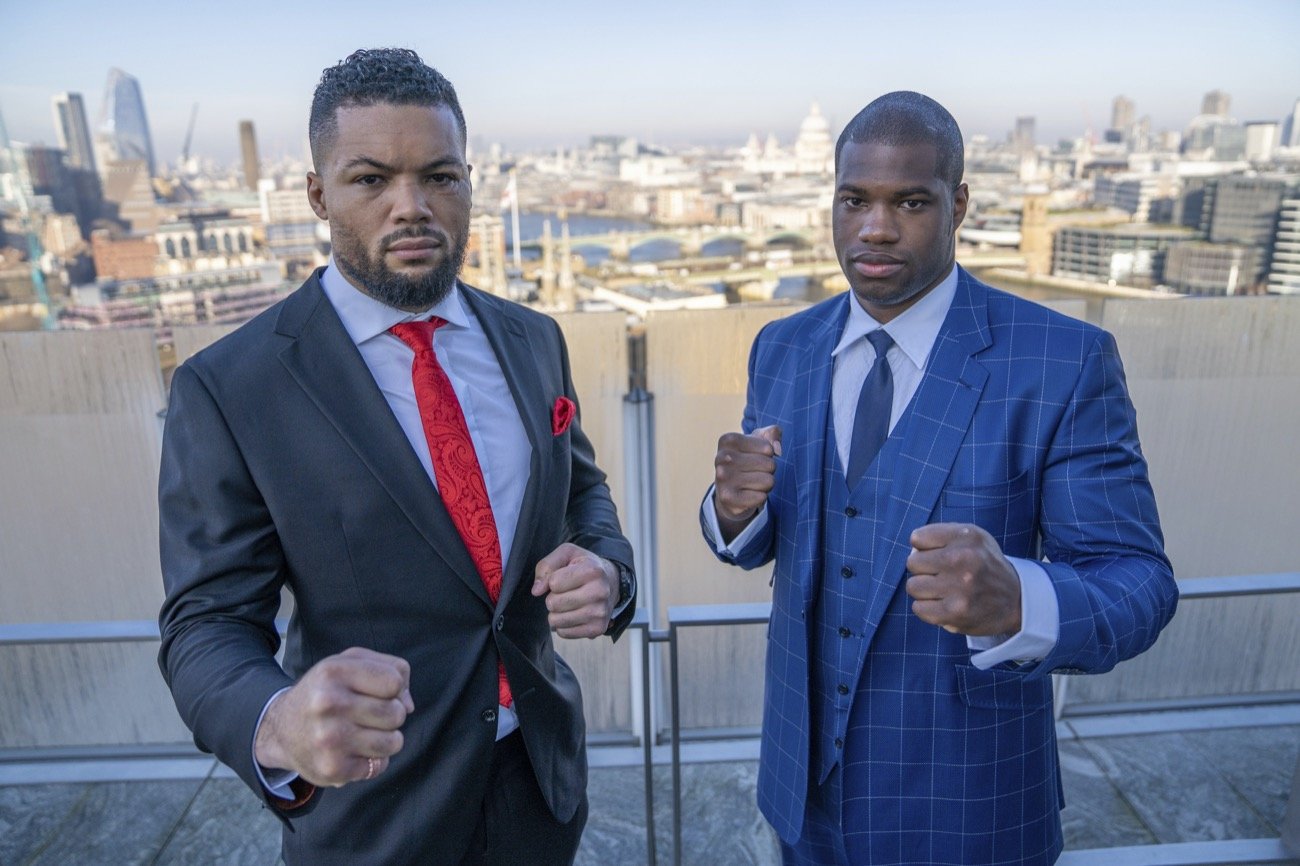 Daniel did accept that the sparring situation was unusual, suggesting “it’s a new one on me,” but says he doesn’t begrudge Dacres making decisions that are in his best interests.

“It’s boxing. You’ve got to do what you’ve got to do. I don’t begrudge these fighters; he’s out for himself, and if that’s the path he’s taking, I can’t say too much on that.”

Dubois and Joyce both boast unbeaten records, with the 15-0 Dubois coming off a second-round stoppage of outmatched Dutch Heavyweight Ricardo Snijders.

Thanks to his impressive resume, Dubois enters the fight with 11-0 Joyce as the bookie’s favorite, but that hasn’t stopped many pundits suggesting that if ‘Dynamite’ doesn’t finish, Joyce early could be ‘Juggernaut’ who leaves victorious.

Asked why so many people were pushing the ‘Dubois early or Joyce late’ narrative, Dubois said: “I’ve prepared for a full twelve rounds if I have to go the distance. I’m getting ready to break him down, chop him down.”

“I’m going to bring everything I’ve got in me and put it on him. Let’s see if he can handle it.

“I’m sure a lot of people all over the world will be watching, especially with it being free to watch. I think a lot of people will be tuning in. Because of the situation around the world, with people at home and stuff, this is the thing to watch.”

So whether it’s the coronavirus pandemic, the unbeaten Joe Joyce, or the ‘mole in the camp’ Solomon Dacres, Dubois believes nothing will stand in his way.

“I’m going to be unstoppable. I’m just rising up and up. This is the next step for me, and I just know what I can do.”

The Queensberry Lowdown with Daniel Dubois, presented by Unibet, premieres on the Queensberry Official YouTube Channel tonight at 7 pm.