Crawford vs. Brook zoom quotes for Saturday on ESPN

In the co-feature, Joshua “El Profesor” Franco will defend his WBA super-flyweight world title against the man he dethroned in the Bubble back in June, Andrew “The Monster” Moloney.

Crawford-Brook and Franco-Moloney 2 will air LIVE on ESPN & ESPN Deportes at 10 p.m. ET, with undercard action to stream live on ESPN+ at 7 p.m. ET. UK fans can watch all the action on Premier Sports 1 starting at 12 a.m. Sunday morning.

This is what Crawford, Brook, Franco, and Moloney had to say during Monday’s Zoom press conference.

“He’s not the only opponent that went into the fight, thinking they were going to stop me or knock me out, so that’s nothing new for me. He’s just going to have to live up to his words.”

“I actually can’t rate him because I’ve never been in the ring with him. Actually, he was never on my radar from the jump. This was a fight that he wanted that he kept calling for. Once the Pacquiao fight fell through, he was the next option given the circumstances of COVID and whatnot. I must’ve been on his radar. He was never on my radar. He’s on my radar now, and we’re fighting this weekend. That’s what it is.”

“Me, I go about fights to get the win, no matter how they come. I’m not going out there to try and outdo previous performances or any other fighter.

My thing is to go out there and make sure I get the win and secure that first, and everything else can come second. If the knockout is there, of course, I’m going to go out there and take it. But if it’s not, then like I said before, we’re prepared for 12 rounds.” 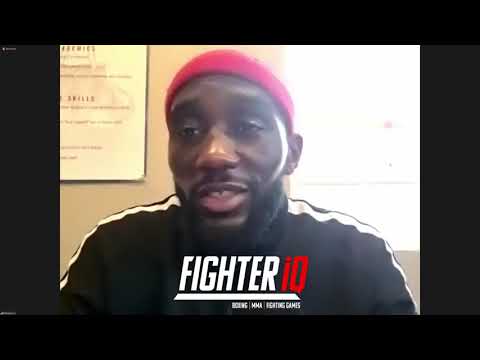 “I stop him, or he quits on the stool. I’m fully focused. I’ve never been ready for a fight like this before. Looking forward to whatever Terence brings because I can match him. I’m ready for a war.”

“I’ve been here before. I’ve been on this stage. I’ve been in there with pound-for-pound top fighters like Golovkin and Errol Spence. I took the title away from Shawn Porter in America. I know what it takes to be a champion.”

“I hope he’s {overlooking me}. I hope he is because I’m coming with force. Trust me.”

“I’m in a great, great place in my mind, and my weight is fantastic for this fight. Forget the weight. The weight’s made.”

“I think {winning this fight} would rank above Shawn Porter given everything I’ve been through, everyone writing me off. I think you gotta put it up there because this is the pound-for-pound best fighter in the world. You’ve gotta put him as number one. Nobody has done that in history from Britain, and I’m glad that all the fans will be able to see it on Premier Sports. They’re going to stay up and enjoy me become two-time world champion.”

“My body clock has adjusted to the Vegas time now, so everything is on point. The sleeping, my body clock is there. Everything’s there that’s needed to win this fight.” 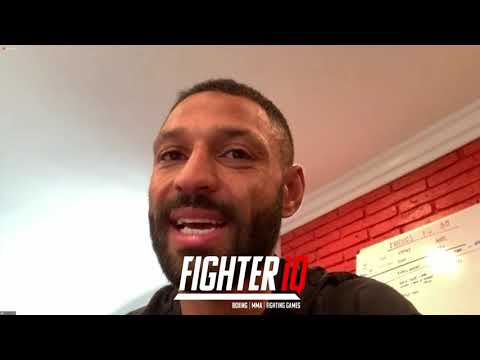 “I could slow down my work rate, or I could pick it up whenever I want. I just feel like that’s going to be an advantage, for sure.”

“I feel confident because I’ve been in the ring with Andrew Moloney before. I know what he has. I’m always confident, of course. My training went well. I had a tough training camp, and that also brings my confidence up. I’m just ready for whatever.”

“It’s not so many weaknesses in Franco’s game; I just believe all around I’m a better boxer than he is. And I know that I didn’t show that in the first fight. But I believe I will show that this Saturday night. Tune in because you are going to see a much better performance from me this time around.”

“It’s been public knowledge that both of my eardrums were perforated in that first fight. Look, I don’t want to make excuses, but it did affect my performance.

My balance was affected quite a lot. It affected me from fighting at my best. But, look, he won the fight. There are no excuses. I want to go into this fight and show that I’m much better than I was this first time around and win this rematch and put that behind me.”

Canelo Alvarez vs. Caleb Plant appears to be dead for December »