By Barry Holbrook: Terence Crawford took care of his opponent Kell Brook like the oddsmakers had predicted he would, stopping him in the fourth round in a surprisingly competitive fight until the bitter end. After the fight, Crawford said he wants Manny Pacquiao next.

WBO welterweight champion Crawford hurt Brook in the fourth with a right hook and stopped him with a follow-up barrage of shots after being given a standing eight count. Crawford, 33, was losing the fight on two of the scorecards going into the fourth round. He looked like he was bothered by Brook’s size and power.

Tonight’s fight would have been a hard one for Crawford to win if he hadn’t found a flaw in Brook’s defense with the short hook that he hurt him with. Brook looked defenseless for that particular punch, and Crawford was able to hurt him again after he’d been given a standing eight count by referee Tony Weeks.

Crawford (37-0, 28 KOs) wants to restart the negotiations with WBA welterweight champion Pacquiao (62-7-2, 39 KOs), who will be turning 42 next month on December 17th. Terence doesn’t care about Pacquiao’s age or the fact that he hasn’t fought in a year and a half. He still wants to fight him because obviously, it’s a match that could be sold on ESPN pay-per-view.

We’ll have to wait and see if Pacquiao agrees to the fight because the timing is horrible for the Filipino star. He’s busy working his senatorial job in the Philippines, and it might look bad if he takes a timeout during the pandemic to fight Crawford. Manny’s constituents might not understand.

“I already said who I want. I want Pacquiao,” said Crawford after the fight. “I want to revisit that fight,” Crawford said. “That was a fight that should’ve happened right now.

“But being that the pandemic happened, and they weren’t going to allow fans in the Middle East, they had to put a hold to that. Everything was 95 percent done. We had a venue. The money was almost there. It wasn’t quite there. That was the only thing we were waiting for,” said Crawford.

Until we hear the news of Pacquiao agreeing to take the fight with Crawford, you have to remain a little skeptical about that fight happening in 2021. During the pandemic, it doesn’t seem realistic that Pacquiao will sign to fight Crawford.

It will be surprising if Pacquiao takes the fight with Crawford during the pandemic.

Top Rank promoter Bob Arum also mentioned wanting to match Crawford against IBF/WBC welterweight champion Errol Spence. Actually, Arum said he wanted to have Crawford fight both Spence and Danny Garcia on the same night, and that he would beat them both.

What’s interesting is Crawford didn’t call out Spence after the fight. The only guy Crawford wants is Pacquiao, and he’s the one he’s least likely to get.

Crawford would have likely lost to Spence if he’d fought him tonight. He was losing to Brook through the first three rounds, and there’s a good chance that he would have continued losing rounds if he hadn’t discovered a weakness in his game.

Brook can’t handle the short right hands, which is surprising but maybe not so surprising. Kell hasn’t been an active fighter since 2017, and some say that he doesn’t live the life of a boxer the way he should.

Crawford really didn’t look that good tonight. Other than that right hook that Crawford hurt Brook with, he wasn’t impressive. The punch that he hurt Brook with wasn’t a devastating kind, and it didn’t match the power of Spence.

Brook has no defense for those types of shots, but you can bet that Errol Spence Jr wouldn’t be vulnerable to that simple shot. There was nothing sneaky about the punch that Crawford was hurting Brook with. He probably never fought anyone that throws short right hooks before.

The Crawford fought tonight; he’d have massive problems against these welterweights:

You can include Spence at the top of the fighters’ list that would give Crawford a lot of problems. 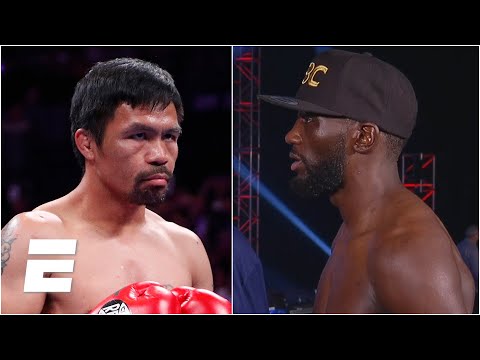