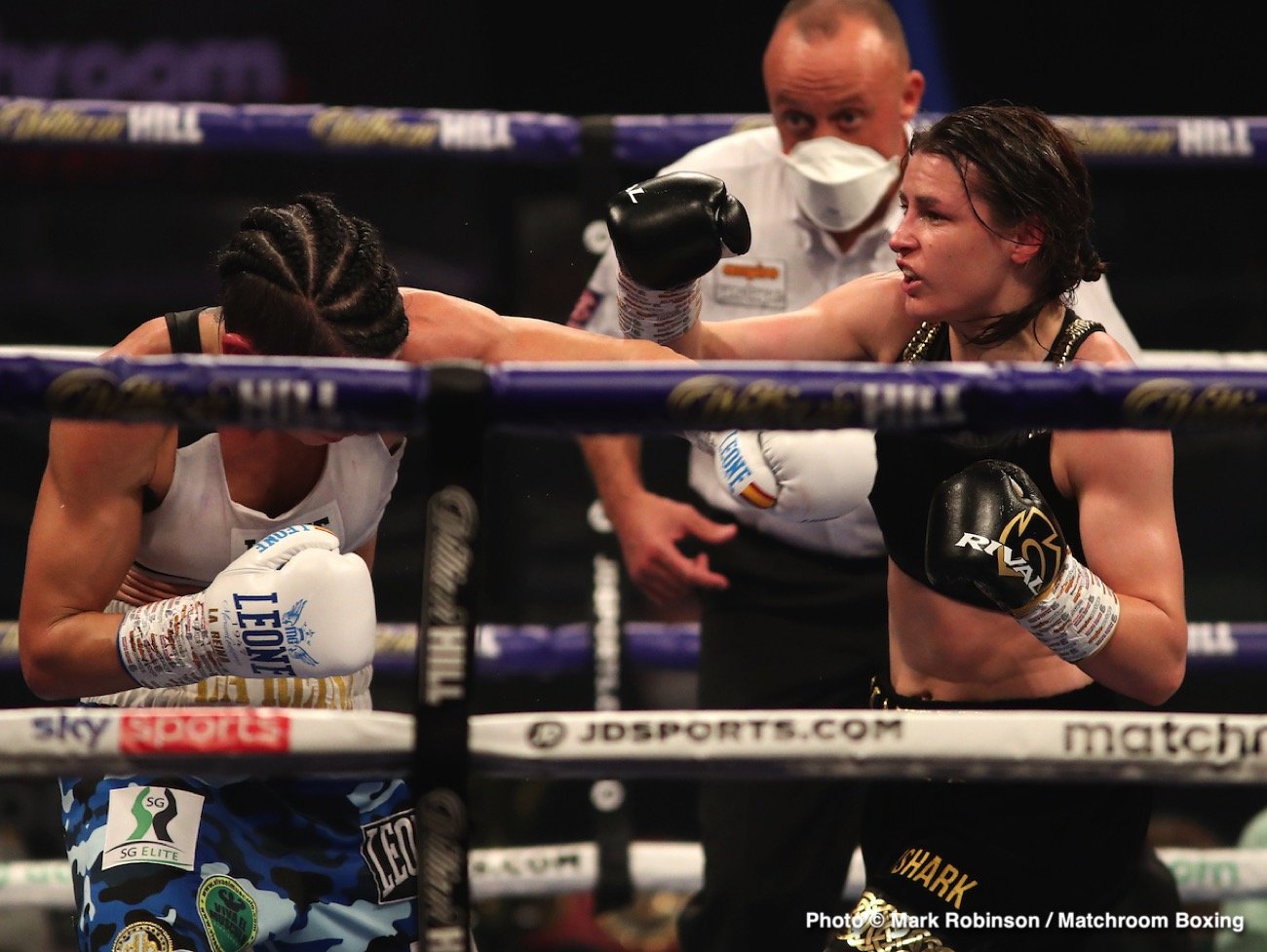 Katie Taylor completely outclassed her WBA mandatory challenger Miriam Gutierrez to retain her Undisputed Lightweight World Titles at the top of the bill on a huge night for women’s boxing.

The Irish star showed her superiority from the opening bell, flooring Spain’s Gutierrez in the fourth round as Taylor sealed a masterful unanimous decision victory with scores of 100-89, 100-90, and 99-91.

“I thought it was a great overall performance,” Taylor told Matchroom afterward. “I boxed well at long distance and close. I did a bit of everything in there tonight. I threw everything but the kitchen sink at her. I just couldn’t get her out of there. She’s tough as nails, so credit to her. She hung in, and she was there to fight until the very end. She’s obviously big and strong, and that showed tonight.

“I thought it was important for me to stamp my authority right from the first round. She hadn’t fought outside of Spain and was out of the ring for a year. I thought it would be good to start fast. I thought I was going to get her out of there at one stage. She hung in there, and she kept swinging shots. She was actually very dangerous when she was swinging shots. I had to be a bit more cautious later on in the fight. Overall it was a great performance.

“Obviously, I would have loved to get a stoppage in there tonight. I haven’t got a stoppage for a long time. It is hard to hurt these girls; they’re solid and durable. I did everything that I could to get the stoppage, but she hung in, and I have to be happy with a points win. I’m going home with all of the belts, and I’m still the undisputed champion. I’m still unbeaten, and this is a great end to the year.

“This was absolutely huge. I think every girl on the card tonight boxed brilliantly. Three fantastic fights. It’s just an amazing showcase. As I’ve said before, Eddie has given us this platform. Women’s boxing is on fire right now because of the platform he has given us. What an amazing few years of women’s boxing. That’s what it’s all about for myself, inspiring the next generation. Hopefully, a few young girls were watching through Facebook on the Livestream. It’s all about inspiring the next generation and what an amazing platform to do it on.” 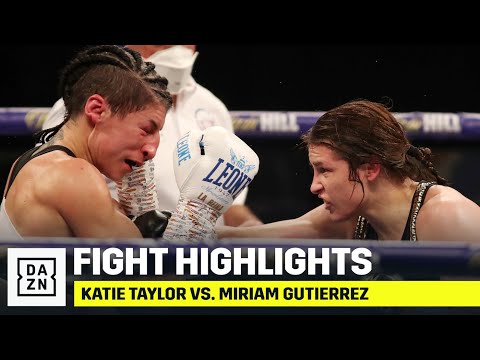 Harper clung onto her belts after a thrilling draw with Natasha Jonas at Matchroom Fight Camp back in August, but ‘Belter’ produced a far more composed performance to halt her mandatory challenger Thanderz ruthlessly.

“I’m buzzing,” said Harper. “That’s my birthday and Christmas all in one. That’s made my year. Obviously, having that tough fight with Tasha, there were doubts, and there were wrongs that I needed to put right. We came away, and I’ve worked my butt off. I’ve just gone out there and breezed it.

“I hurt my hand in the fourth round, I couldn’t throw it, and when I did throw it, it was painful. I stuck to my jab, kept long, and just moved. I knew she got frustrated at one point. She stood in the middle of the ring. I didn’t want to look like I was running, but there was nothing else that I could really do. I’m happy.

“I caught her with the head; that’s probably from me lunging in, accidental. I could see that her nose was troubling her. The sound of her breathing changed. She was getting distracted by the blood. I threw a nice left hook to the body, caught her, and I heard her wince. She backed off, and I just went for the kill, and the ref jumped in.

“I got a few stoppages wins early on in my career, so it’s nice to get another one. I’m going to say a big thank you to my S&C coach Danny Wilson; he’s given me the confidence that I can go through those gears and that I have got the strength. God knows what I’m going to be like after my next camp. I want to fight the best. I’m coming for you, Mayer! Slowly but surely, we’ll get there, and I’ll be punching you in the face very soon.” 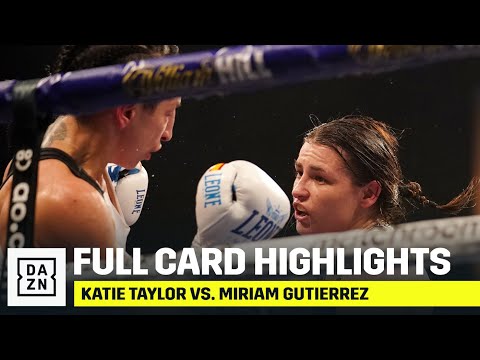 Ball was denied a shot at the WBA Bantamweight belt when replacement opponent Guanini could not make the weight limit earlier this week, but she still completed a career-best win with scores of 99-91, 99-91, and 99-92.

“I’m so grateful to Matchroom and BCB for continuing to support my journey,” said Ball. “I felt confident that it was mine. I was landing my shots pretty well. She was running around the ring, and I feel like I used my distance a lot better.

“Everything happens for a reason, and perhaps she was what I needed at this time. Fair play to her; it was a perfect fight. I’m glad I used my assets a bit more in this fight. When I had the opportunity, I did go forwards. I went to the body a bit more, which I’m pleased about.

“Look how far Terri has gone and look how far Katie has gone. I’d love to be able to be as successful as them. That would be amazing. It’s all a good experience. I hope we inspire some girls out there to try boxing and do something different.” 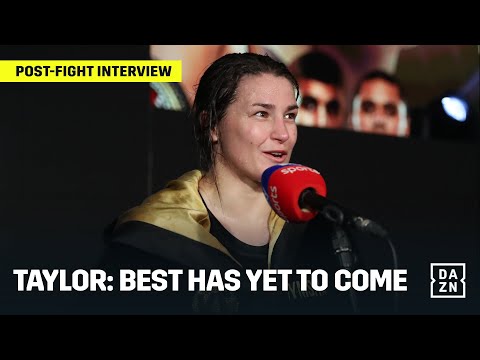 After a fiery build-up in the Matchroom ‘bubble’, Docherty immediately tried to back up his brutal predictions as he floored Cullen with a big left hook inside the opening thirty seconds.

Cullen responded well to this early setback, unloading thudding shots in the second round, and Docherty was bleeding from a wound above his eye after his defenses were breached again in the third.

“First round, I ended up slipping on my ass,” Cullen told Matchroom afterward. “If people thought it was a knockdown, it wasn’t. I had to work and push it. Every time I went back to the corner, Michael and Dave said, ‘look, you need to get stuck in here and dig deep.’ That’s what I feel like I did to win the fight.

“That’s the first time I’d ever fought a southpaw. I was getting caught with stupid shots for the first couple of rounds. It was time to tuck up and dig deep. I feel like I was really coming on after the fourth round. I still feel like it was a big step up for him.

“I take my hat off to him for taking the fight. We were supposed to be fighting different people tonight. We’re young, and we’ll fight anybody; there’s no reason not to. There’s a lot more for me to work on. They’ve only had me for between six and eight weeks, which isn’t a lot of time.

Glasgow Bantamweight talent Kash Farooq picked up the vacant WBA Continental title with a masterful display against Mexico’s Angel Aviles as he finally made his long-awaited Matchroom debut.

There were no signs of ring rust for the former British Champion, who had been out of the ring since his controversial loss to compatriot Lee McGregor at the Emirates Arena in November 2019.

‘Untouchable’ displayed his wide shot selection, hitting the tough and resilient Aviles with every shot in the book as he cruised to an impressive unanimous decision in front of his new promoter Eddie Hearn.

McGregor congratulated his old rival on a “great performance” afterward on social media and promised to give him a rematch once he has captured the European crown.

“I’m thrilled to be back out,” said Farooq. “It’s been a year now, and it was a bit frustrating during the pandemic period. I’m fortunate to be one of the few boxers getting a fight at the moment. I’m happy to be boxing again. I want to thank everybody.

“This is the next chapter of my career. I don’t know where I’ll go from here, but it’s down to Eddie and my team. I’m pleased just to be back boxing. Hopefully, bigger things are coming for me. This is what every fighter dreams of.

“I started in the small hall shows, and I didn’t even sell any tickets. I was lucky to sell about three or four tickets in my first three fights. My manager has always backed me, and I’m thankful for it. He’s worked really hard to get me out.

“I wouldn’t give my performance a ten out of ten, but I’d give it a seven or eight. I love the McGregor rematch; it’s a big fight for Scotland. It would be great if he wins the European Title, and it would be a big fight for whenever it happens.”

Liverpool Light-Heavyweight talent Thomas Whittaker-Hart moved to 5-0 with a hard-fought points win over Bradford’s Jermaine Springer in the opening bout of the evening at The SSE Arena, Wembley.

The Tony Bellew-managed 25-year-old, who was making his debut as a Matchroom fighter after signing promotional terms with Eddie Hearn last month, went eight rounds for the first time in his professional career.

Whittaker-Hart was pushed all the way in his toughest assignment to date, but the former Team GB amateur standout used his superior boxing skills to take a 79-74 victory on the referee’s scorecard.

“I feel like I boxed okay,” Whittaker-Hart told Matchroom afterward. “I’ve had a long time out of the ring. It’s been a year out of the ring for me. I thought I could have done a bit more. My sharpness wasn’t 100% there. I’ll get more experience with a few more fights under my belt. I’m a little bit disappointed, but it is what it is. I was drawing him into the counters. I wasn’t getting my shots off enough. I feel okay.

“I’ve had a long year; I wasn’t too well in January. I was in the hospital. It’s been a strange year for me. I’m just happy to be back in the ring doing what I do best and getting a good win under my belt. I felt the pace a little bit at the end. I’ve only ever done a six-rounder, but it only went five. This was a step up in rounds for me. It’s one of them; it’ll come in good time.

“I don’t want to box journeymen; it’s not what I’m about. I want to keep getting tested as I go up the levels. I want to box the best people that I can. I couldn’t ask for a better team around me. I’ve got Tony looking after me as well. I can’t ask for much more. Fighting with no crowd wasn’t any different; you don’t even notice it, to be honest.”