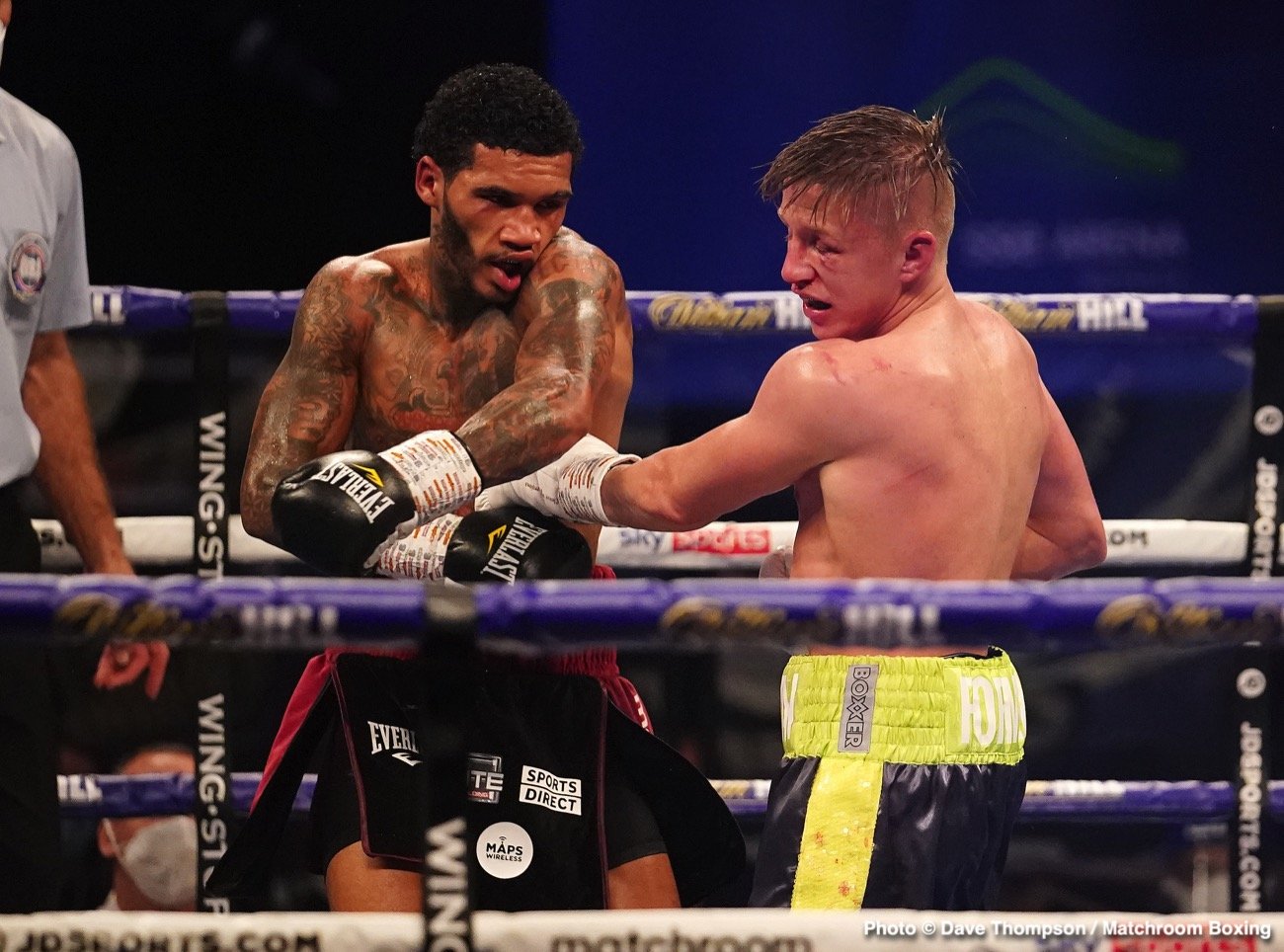 By Barry Holbrook: Conor Benn (17-0, 11 KOs) proved some of his doubters wrong in beating Sebastian Formella (22-2, 10 KOs) by a 10 round unanimous decision on Saturday night to hold onto his WBA Continental welterweight title at the SSE Arena in London, UK.

Interestingly, Benn admitted after the fight that his sparring for the fight was harder than what he experienced during the contest against the 33-year-old Formella.

You have to believe that Benn wasn’t disingenuous with that comment, seeing how easy the fight was for him. As hard as Formella tried, he wasn’t able to keep Benn off of him. It was a constant rain of punches from round one until the tenth for Conor.

There wasn’t any suspense to the fight, as the only thing Benn had problems with was his stamina. He got tired in the championship rounds, and that enabled Formella to come on a little. 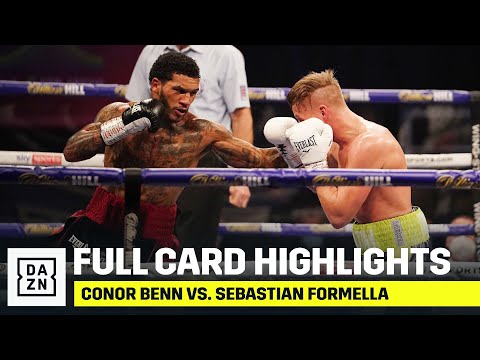 Benn on a collision course with Josh Kelly

The win for Benn puts him at the fringe level of the top 15 at 147, which is where he needs to be for him to take on Josh Kelly.

That’s who Benn called out after the fight. Kelly (10-0-1, 6 KOs) hasn’t fought since last year in December, and we’ll have to see if he would be open to fighting Benn.

“It was an okay night’s work. I’ve had harder spars than that. I’m not being funny,” said Benn.

Benn had an easy time in this low-stress in dominating the 33-year-old Formella from start to finish for their 10-round fight. The only thing Benn had to worry about was the jabs and persistence of Formella, who fought his heart despite lacking the physical tools to be competitive.

The power game was lacking completely from Formella, and that’s basically why Benn won. Formella looked weaker than some of the lower-level fighters that Benn had beaten to get to this point.

“I hit him with a straight one-two in round nine, this geezer is tough,” said Benn after the fight in talking about his win over Formella. “He went the distance with Shawn Porter and I beat him just as good.

“I still had more gears. I used more gears against Peynaud. When the going gets tough for me, you’ll see me on it.”

Sebastian Formella made it tough

Formella’s toughness made the fight harder than it should have been had Benn more punching power. A top welterweight like Errol Spence, Keith Thurman, Danny Garcia, Terence Crawford, or Vergil Ortiz Jr would have knocked Formella out tonight. If they didn’t clinically score a knockout, they would have battered him to the point where the referee would have needed to stop it.

“I was worried going in, he started so sharp,” said Eddie Hearn in talking about Benn’s performance against Formella. “As the fight wore on, he unraveled a little bit because he was taking chances and that’s what people want to see.

“It looked like he’d try and get the knockout in the 9th round when he was landing some body shots. But how tough is Formella. He was coming off of 12 rounds with Shawn Porter. He was a good fighter, but Conor breezed through that test.

“I expected if he won, he’d struggle in there tonight, but he boxed really, really well and it was a great performance. He’s [Benn] really got the bit between his teeth to prove people wrong, but sometimes you don’t have to do that. That can drive you on as well. I think he notices the criticism.

“He’s active on social media. You heard his dad [Nigel Benn], saying, ‘Don’t worry about Josh Kelly, don’t worry about Chris Jenkins. You do your own thing, son.’ All these people called him out.

“Chris Jenkins had dozens of opportunities to fight him, but they wouldn’t take it, so you’ve got to move on from people like that. Now, Josh Kelly, that’s a proper fight. If Josh Kelly beats David Avanesyan in January, and Conor Benn fights one more time.

“Next summer, Josh Kelly against Conor Benn is a monstrous fight, and Conor wants it. You heard that. There’s still a long way to go, still with a lot to learn, but I’m proud of him. He works really hard.

Heavyweight Fabio Wardley (10-0, 9 KOs) put in the performance of the night in beating the always tough Richard Lartey (14-4, 11 KOs) by a second-round knockout in a scheduled 10-round fight.

Wardley, 25, landed a peach of a right hand to the head of Lartey that put him down. The fight was then stopped by referee Victor Loughlin. The time of the stoppage was 1:22 of round 2.

“I heard people say, ‘It wasn’t much of a shot. It was on the gloves and around the head,'” said Hearn about Wardley’s knockout of Lartey. “I saw the state of Lartey in the ring, and I saw him back here and in the changing room. The jab opened it up early on.

“You could see that hurt Lartey, and it was a right hook around the side. It was a great statement, especially after the first round. I was thinking, ‘Blimey, I didn’t like that first round.’ Lartey was telling me all week that he was going to knock him out.

“A big statement from Fabio. I’ll see him go on now. He’ll box on the Dillian Whyte vs. Alexander Povetkin card on January 30th, and soon will come the British title. I think he’s going to be ready, and I think he’s an outstanding prospect,” said Hearn.

It was a good win for Wardley, who showed that it’s time for him to step it up against one of these heavyweights:

Eddie Hearn probably won’t take the chance of letting Wardley fight any of those guys anytime soon, but he’s going to need to move him if he doesn’t want to waste his career.

As we saw tonight, Wardley was way too good for Lartey. These types of mismatches aren’t going to help Wardley improve his game.

Babic dropped the bigger Little in the third. After Little got back up, Babic knocked him down a second time to get the stoppage. The fight was halted at 2:38 of round three.

It was a good win for Babic in showing off his power and letting his future opponents know what they’ll be dealing with. Babic showed world-class power in knocking out Little, but he needs to improve his defense and stamina.

Babic was getting hit too much tonight, and he looked dog-tired by the third round.

Luckily for Babic, he got his second wind, and that enabled him to score the knockout. But against better heavyweights, Babic needs to be in better condition if he wants to win.

Callum Smith says Canelo Alvarez is too small to win »