VIDEO: Fury vs Joshua – Will it happen? 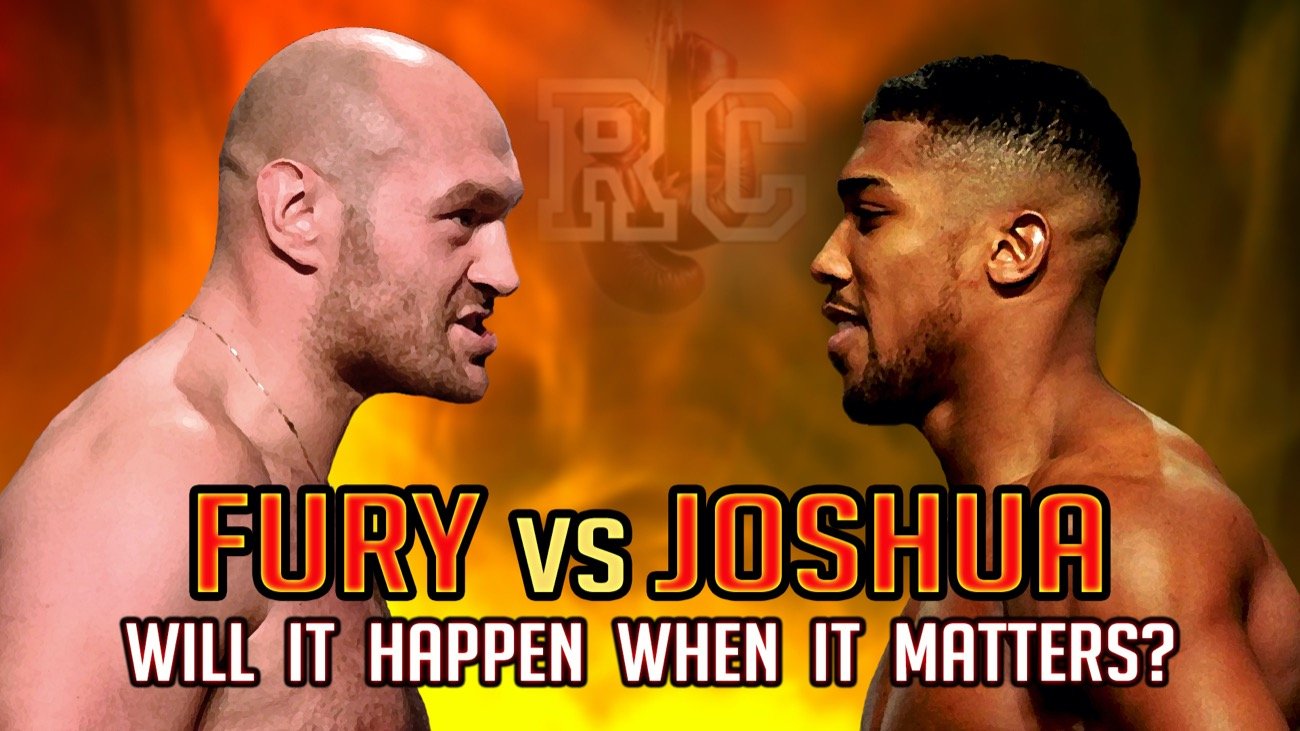 These are strange times, and that strangeness extends to all aspects of life, including the boxing world.

With the recent global pandemic resulting from COVID-19, life as we once knew it has changed, and uncertainty exists regarding if and when life will ever return to normal. The entire boxing business landscape has been altered by the virus, and the future of the sport exudes the same type of uncertainty we currently see in all aspects of life.

Back in February, before the pandemic took hold, Tyson Fury defeated Deontay Wilder in their highly anticipated rematch. The two first battled to a controversial draw in December 2018. Fury scored an 7th round stoppage victory in the rematch, where he became the new WBC heavyweight world champion, and he also retained his rightful claim as the lineal heavyweight world champion – a distinction he had earned when he defeated long reigning champion Wladimir Klitschko in November 2015.

In June of last year, Andy Ruiz Jr shook up the heavyweight landscape when he scored a dramatic come from behind 7th round stoppage against then undefeated unified champion Anthony Joshua. But in December of last year, Joshua fought a disciplined effort when he was awarded a lopsided unanimous decision against Ruiz in their rematch. With that victory, Joshua had reclaimed the unified IBF/WBA/WBO championship belts that once belonged to him.

With the dominated one-sided mismatch in Fury’s rematch victory against Wilder, and also Joshua’s workmanlike effort to regain his portion of the crown in his rematch with Ruiz Jr, fans naturally hoped for a mega bout showdown between Fury and Joshua for undisputed heavyweight supremacy. In theory at least, the winner of a wouldbe championship contest between Fury and Joshua would produce the first undisputed heavyweight world champion since the great Lennox Lewis some 20 years ago.

Naturally a fight between Fury and Wilder instantly became the most important match that could possibly be made in all of boxing, and that remains true to this very day. Under normal circumstances, making high caliber championship matches is a difficult enough endeavor because of the inherent politics in the boxing business, which often prevents the best fights from happening when they make the most sense. But now with COVID-19, prospects of a Fury vs Joshua bout becoming a reality or even more daunting than they would have otherwise been.

Will a fight between Tyson Fury and Anthony Joshua actually happen when it still matters as much as it does right now?

This edition of Rummy’s Corner will attempt to answer that question. For one man’s take on the situation, please watch and enjoy the video.

Boxing » Anthony Joshua » VIDEO: Fury vs Joshua – Will it happen?