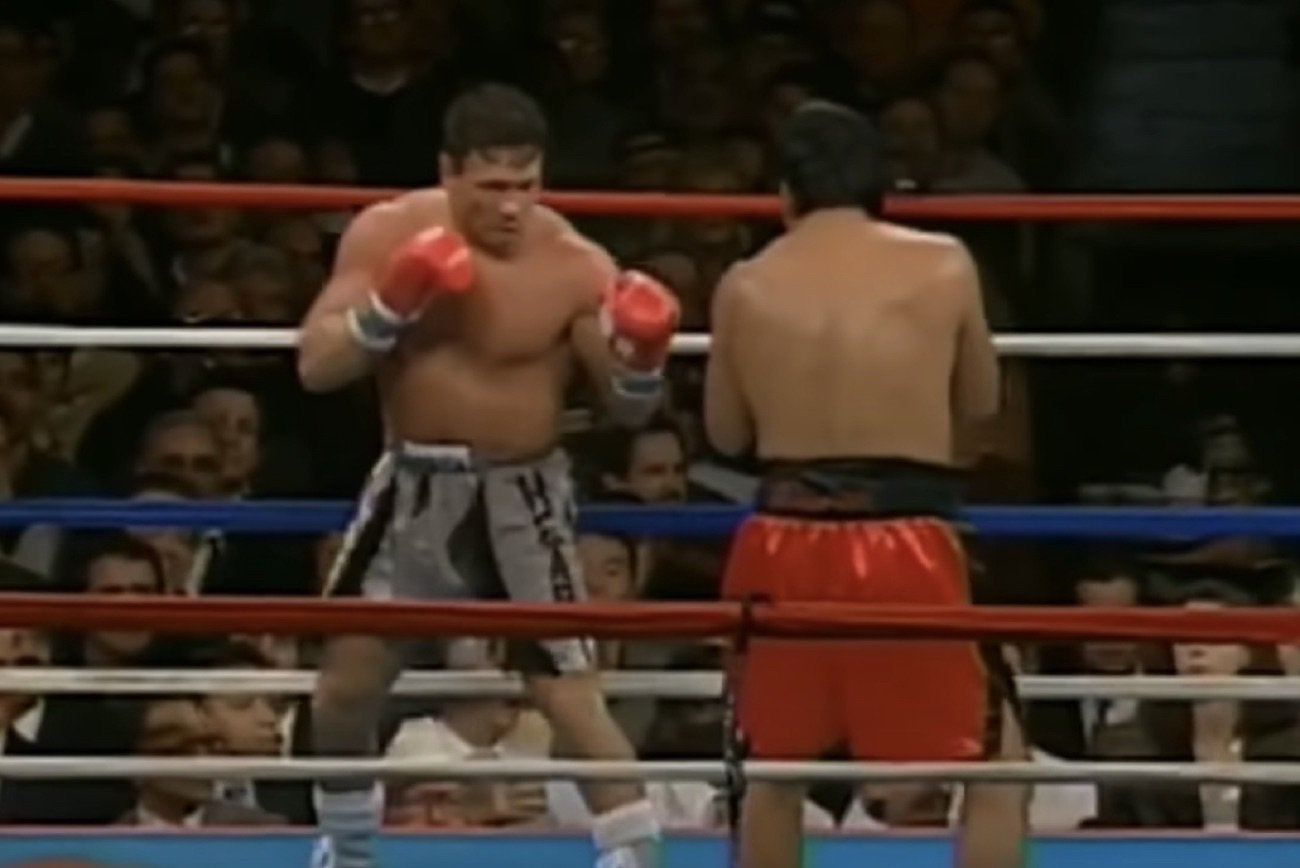 Pazienza won world titles in two weight divisions, one coming after he beat the odds by returning to the sport after suffering a broken neck in a car accident. On this show Pazienza looks back on his fights with icons like Roy Jones and Roberto Duran, talks about a near death experience after his fight with Roger Mayweather and discusses what it took to come back from the car accident injuries. He also revisits his heated three-fight rivalry with Greg Haugen. In keeping with his reputation for candor he says at one point of Haugen, “You know what, I still don’t like him.”

In an almost 50 year career Tim Ryan called 10 Olympic Games, announced all major sports he NFL, did major tennis tournaments and announced over 300 world title fights. He talks in this interview about how he and CBS broadcasting partner Gil Clancy forged a great relationship both on TV and off. He also tells some great stories about locations visited in his career.

Al Bernstein said, “The show is one of my favorites. These are two very different men, two very different interviews. What they share in common is that they have stories to tell and each does it well in their own distinctive style.”

Al Bernstein Unplugged available on Youtube and on all major podcast platforms including IHeart, Spotify, Google and Apple. Trip Mitchell is Al’s co-host on the show.

U.S. Army Veteran (Captain) Kendall D. Harris found the sport of boxing later than most, at the age on nineteen. Kendall grew up playing all sports, and was a basketball star, as was his brother and father who each played hoops in college. He did love to box and fight but his mom was worried he would get hurt and wouldn’t let him sign up. He realized that as soon as he had the opportunity, when he was old enough to do it on his own, he would pursue boxing. In 2014, in his second month as a Freshman at University Texas San Antonio (UTSA), he laced up his first pair of boxing gloves at Alcosers Boxing Gym.

UTSA also had a R.O.T.C program that Kendall was aware of, but growing up an Army Brat – his father retired as a Lt. Colonel – constantly moving around he always said to himself, “I won’t do it.” However, his brother, who ran track and field for West Point, educated him on the advantages of the Army sports programs. Kendall decided to check out the program and they offered him full scholarship, which he couldn’t turn down.

Kendall went on to box all 4 years in college, winning Gold medals in both the 2014 Texas State Games and the 2014 San Antonio Regional Golden Gloves. Upon college graduation, Kendall received a Bachelor of Arts Degree in Criminal Justice from UTSA, while at the same time commissioning into the United States Army as a Logistics Officer.

In 2017 he tried out for the All Army National Boxing Team. Not only did the US Army Captain make the team, he went on to be one of the best Heavyweight boxers to ever wear the Army uniform. Kendall won back-to-back (2017 & ’18) All Army Heavyweight Titles. In ’17, Kendall also won a Silver Medal at the world renowned Police Athletic League National Tournament in Oxnard, California.

Also in 2017, a fellow be boxed with mentioned to him about a sergeant he had that he thought Kendal would get along well with, so he set them up on a date. They did get along well and wed on New Years Day 2019. “Boxing has been very good to me,” said a beaming Kendall His wife was a track star at Tennessee State and “understands the work that goes into being a world class athlete.” She joins him and pushes him during roadwork and while at Fort Lee they ran a half marathon together.

Soon thereafter, duty called and Kendall was on a tour in Korea handling ammunition logistics. After thirteen months he got the call to return stateside as he was selected to be part of Army’s Olympic World Class Athlete Program, whose adage is ‘to compete and succeed in national competitions while maintaining a professional military career and promoting the U.S. Army to the world.’ Members of the world-class program trained in Fort Carson, Colorado. “We had the best facilities. There were wrestlers, rugby players, track and field athletes,” explained Kendal. “Our job was to train and compete against each other and the other Armed Forces, with the goal being to make the Olympics. While here your only function is to train. We did no military exercises. I was getting paid as an Army Officer to just box. It was a dream job. It was like being a pro athlete.”

In 2019 as training was beginning for the Olympic trails, a call to duty interrupted once again as Army Orders directed Kendall to go to Captains Career Course. “They said, ‘we’ll let you go back to boxing but you are still a soldier.’ It was bad timing.” So he moved to Fort Lee, Virginia for schooling. Upon completion, he discussed his options Nelson and Kendal decided it was time to transition out of the Army and begin pursuing civilian opportunities.

After deciding to transition, Kendall packed up his wife and two children and moved back to San Antonio to begin training for his professional boxing career.

Kendal is planning to make his pro debut in January at Cruiserweight.

Selby vs Kambosos Jr on Usyk vs Chisora DAZN undercard »