By Barry Holbrook: In surprising news, Tyson Fury says he WON’T be fighting Deontay Wilder in a trilogy match in his next fight because he’s tired of waiting. Fury states that the repeated requests by Wilder to have the date of the trilogy fight moved finally was too much, and he’s given up on them.

Originally, Fury and Wilder were supposed to fight last July, but the ‘Bronze Bomber’ was injured and couldn’t take the fight. Fury says Wilder then wanted the dated moved to December 19th, which he was willing to accommodate.

But the final straw was Wilder wanting the trilogy match with Fury moved to 2021, and he wasn’t going to do that. As the old saying goes, ‘When you snooze, you lose’ applies here with Wilder missing out because of his chronic rescheduling of the Fury trilogy.

Deontay Wilder ran out the clock

Speaking to the Athletic, WBC heavyweight champion Fury (30-0-1, 21 KOs) plans on staying busy by defending his title on December 5th and then looking to take on IBF/WBA/WBO champ Anthony Joshua twice in 2021.

It’s too bad that Deontay kept delaying the fight, but perhaps he didn’t want it anymore Ater what happened to Wilder in his humiliating seventh-round knockout loss to Fury last February, who can blame him if he didn’t want the trilogy contest?

Unfortunately, for Wilder (42-1-1, 41 KOs), he’ll be missing out on a trilogy fight against WBC heavyweight champion Fury.  But on the positive side, Fury is still interested in facing Wilder in the future after he wins two or three fights.

“I was looking forward to smashing Wilder again. A quick and easy fight,” Fury said to Mike Coppinger of The Athletic. “But Wilder and his team were messing around with the date.

“They [Team Wilder] don’t really want to fight the lineal heavyweight champion. They know how it ends. The world knows how it will end: with Wilder on his ass again,” said ‘The Gypsy King’ Tyson.

What further hurt Wilder’s chances of Fury sticking it out for the third match against him is his lack of visibility since his defeat last February. Deontay has been the invisible man since his loss to Tyson earlier this year; that’s not how you create interest in a third fight.

Fury likely realized at some point that Deontay wasn’t as eager as he was to make the third fight and that the trilogy would continue to get pushed back into the future.

With Deontay not being vocal about wanting to avenge his loss, Fury might have ended up doing all the hard work of having to promote the third fight all by himself. 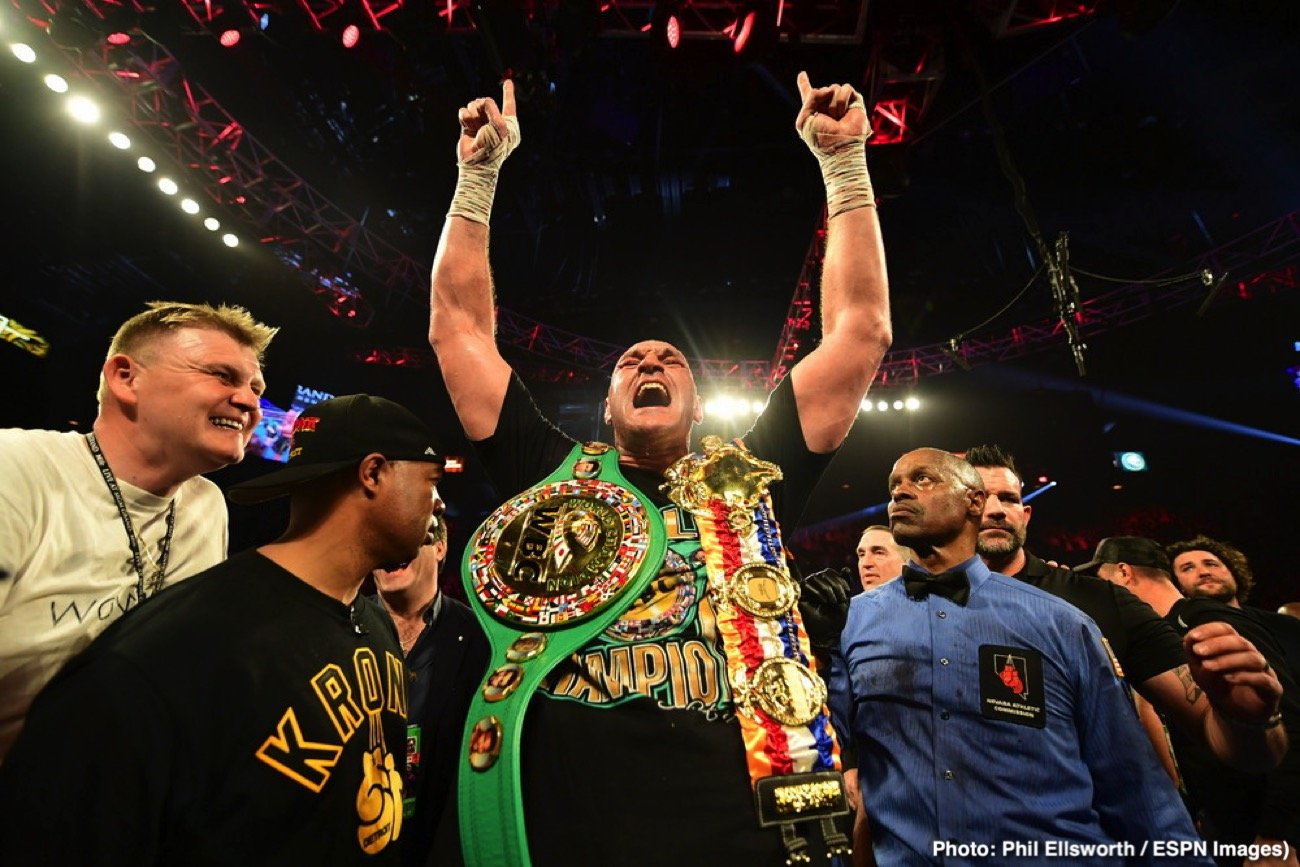 As good as Fury is at marketing his fights, he wouldn’t have been able to create interest in a third Wilder match all alone. He would have needed Wilder’s help, and that probably wouldn’t have happened.

“Then they asked me if I would agree to push it to December. I agreed to Dec. 19,” Fury said. “Then they tried to change the date again into next year.

“I’ve been training. I’m ready. When they tried moving off Dec. 19 and pushing to next year, enough was enough. I’ve moved on,” said Fury.

There’s no way that Fury could delay his trilogy match with Wilder until 2021. as that would have gotten in the way of his two lucrative fights with Anthony Joshua. What is more, who’s to say that Wilder wouldn’t continue to push the fight into the future?

It’s unknown when Wilder’s surgically repaired bicep will be ready for him to fight again. If it’s something that flares up once he starts training, it’s possible that he would need more time. That’s not something that Fury has right now, as he needs to face Joshua twice in 2021.

Tyson can’t be waiting on Wilder to be 100% so that they can get their contractually obligated trilogy fight over with.

You can argue that Wilder’s confidence was at such an all-time low that he would have been silent all through the promotion for the third Fury fight. It would have ended up as a disaster in terms of PPV buys and the gate.

Tyson to fight Wilder after he wins several fights

Fury will give former WBC champion Wilder a shot at his title once he rebuilds his career. Whether Wilder can do that is unknown.

He’s 35 now, and he’s looked poor in his last three fights against Fury and Luis Ortiz. At this point, it’s not a given that Wilder beats any of the top contenders.

Fury added that he’ll allow Deontay to rebuild his career and “win a few fights” and then give him a shot at that point.

Wilder needs to slowly come back from his injury, and rehab until he’s ready to get back in there. It would be a good idea for Wilder to start small with a light-hitting, chinny journeyman, and then progress to world-class opposition.

Once Fury is done with his two fights with Joshua in 2021, he may look in Deontay’s direction for the trilogy match in 2022. But that’ll depend on what Wilder is doing with his career.

It’s anyone’s guess whether Fury will ever fight Wilder again. At this point, Wilder’s behavior is similar to past fighters that gave up their careers after suffering a humiliating loss.

Wilder’s situation is different from a normal person who is missing out on a great payday. When the average Joe is dealt a defeat in life, they bounce back because they need to because they’re not super-wealthy.

But in Wilder’s case, he’s made a fortune in boxing, and there’s less of a need for him to continue his career. In other words, Wilde isn’t as hungry as someone that hasn’t made that kind of money.